The strong blocking pattern over the eastern half of Europe remains in place and the heat wave continues intensifying and spreading from SSW in to central and southeastern Europe. Peak temperatures yesterday reached up to 40 °C in southern France, 41 °C in Italy (Sardinia) and 38 °C in southern Spain. 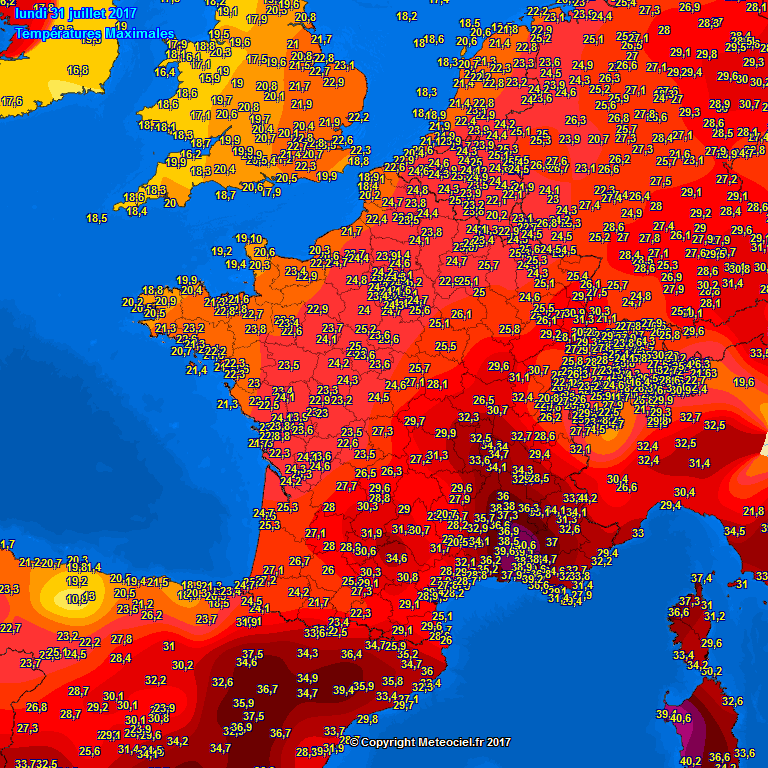 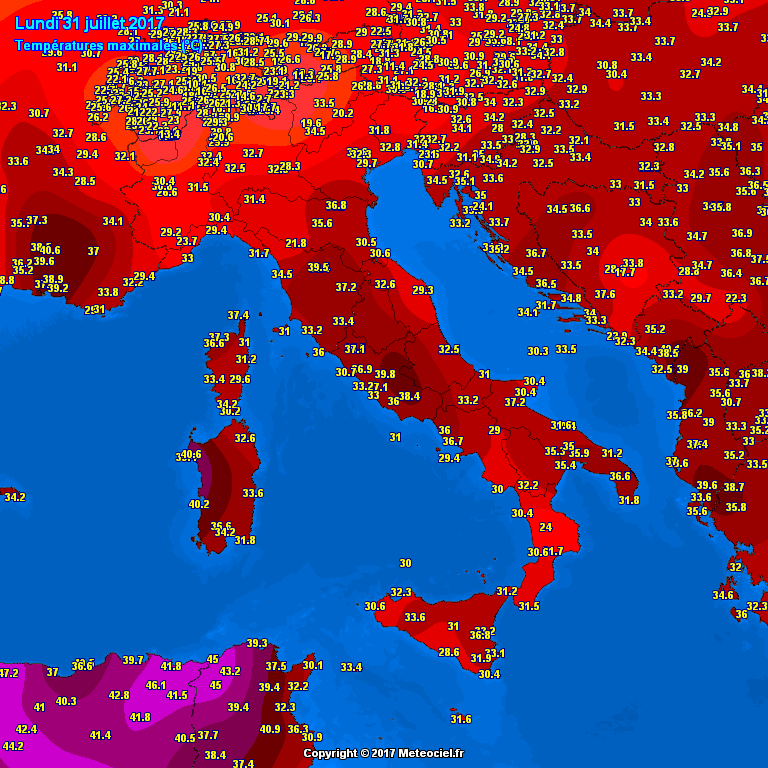 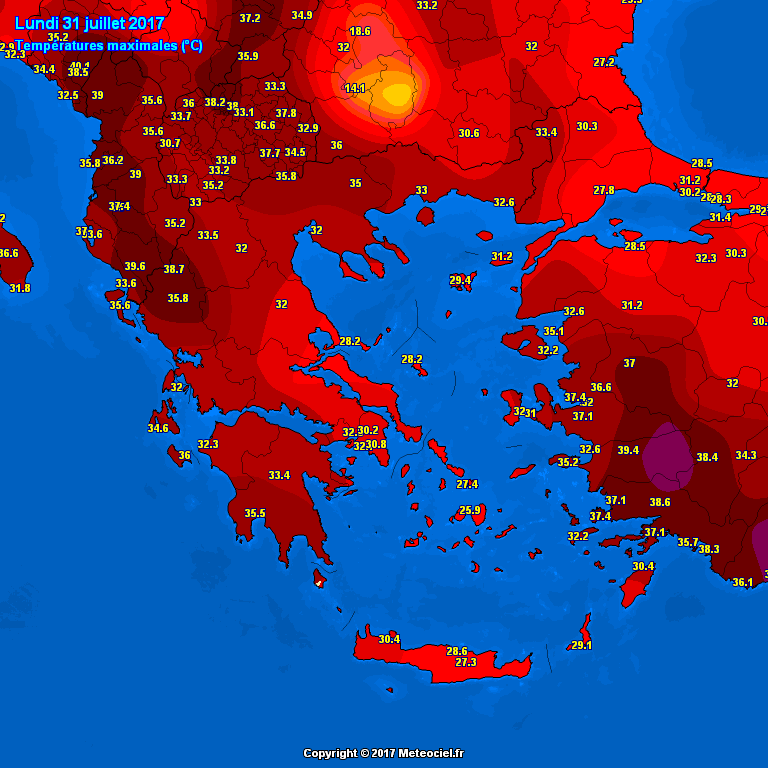 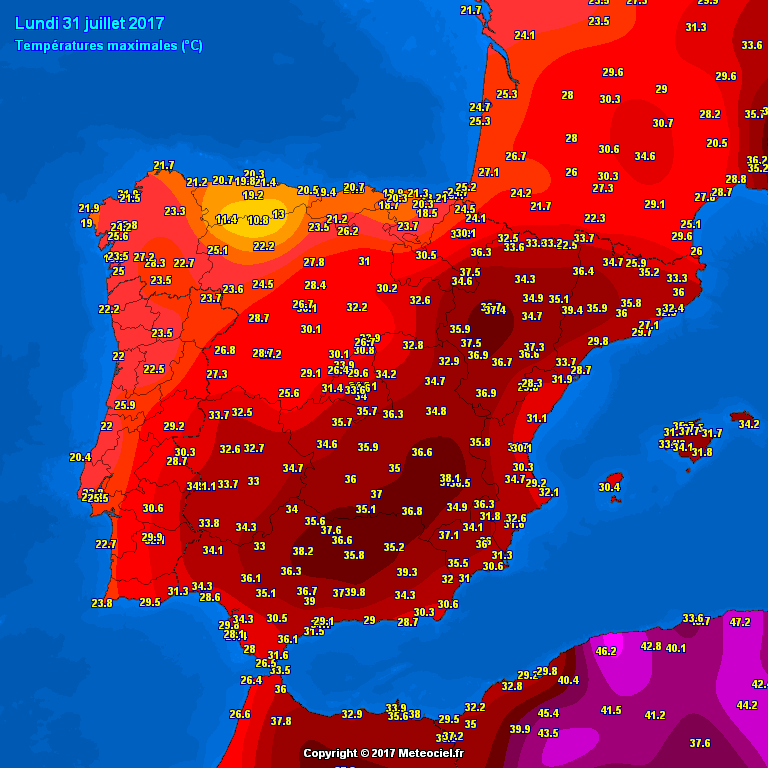 Europe is still divided in two halfs with much cooler temps across W Europe and hot weather further ESE with deep trough over W Europe and an intense ridge over ESE Europe. Indeed, an active pattern is evolving across W-CNTRL Europe with severe thunderstorms over France and Germany last night and a severe thunderstorm outbreak expected today over central Europe! 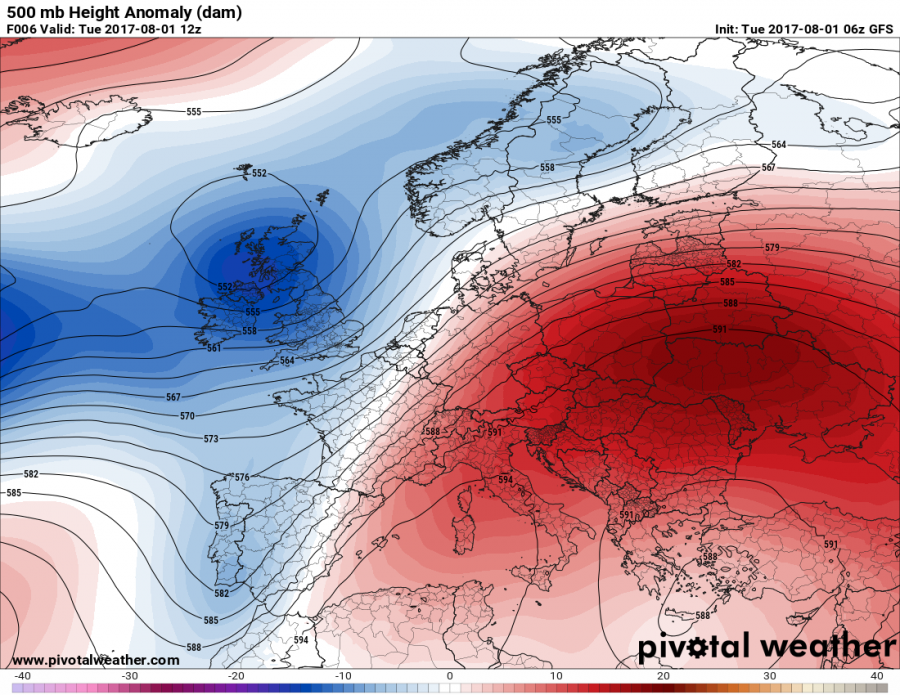 Today the highest temperatures are expected across parts of Italy and E-SE Europe (the Pannonian basin), while the Iberian peninsula and southern France can expect a few degrees cooler weather than yesterday. Peak temperatures in the eastern Po plain of north Italy are expected to reach 37-39 °C, possibly up to 40 °C. Some parts of central Italy also expect temperatures up to 39-40 °C! The Pannonian basin, including Hungary, E Croatia, N Serbia and W Romania are also expected to reach up to 37-39 °C. Hot weather also in poland, with central and southern parts of the country going up to about 36 °C. Also hot in parts of southern Balkans and W Turkey, going up to 36-39 °C. 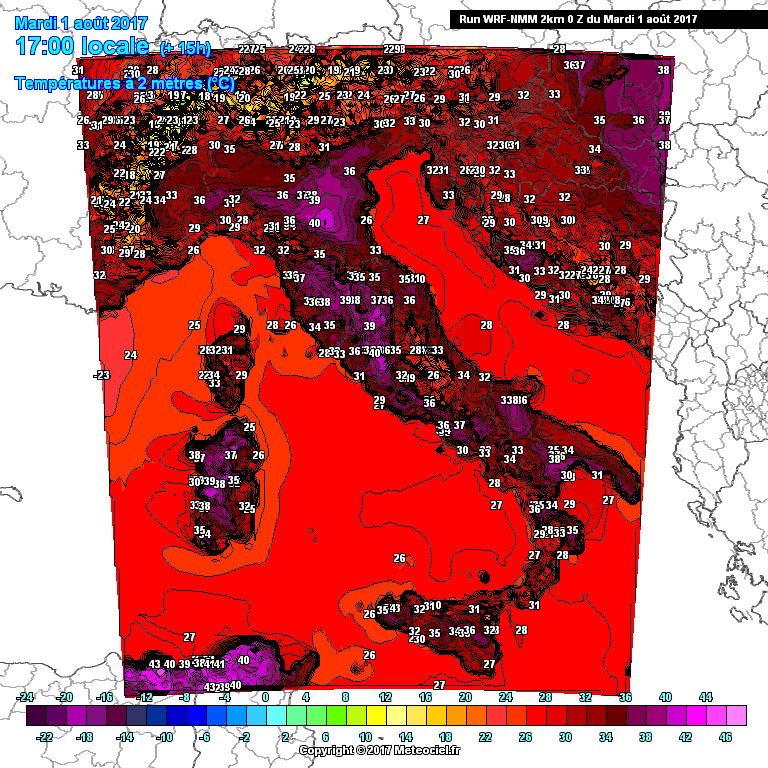 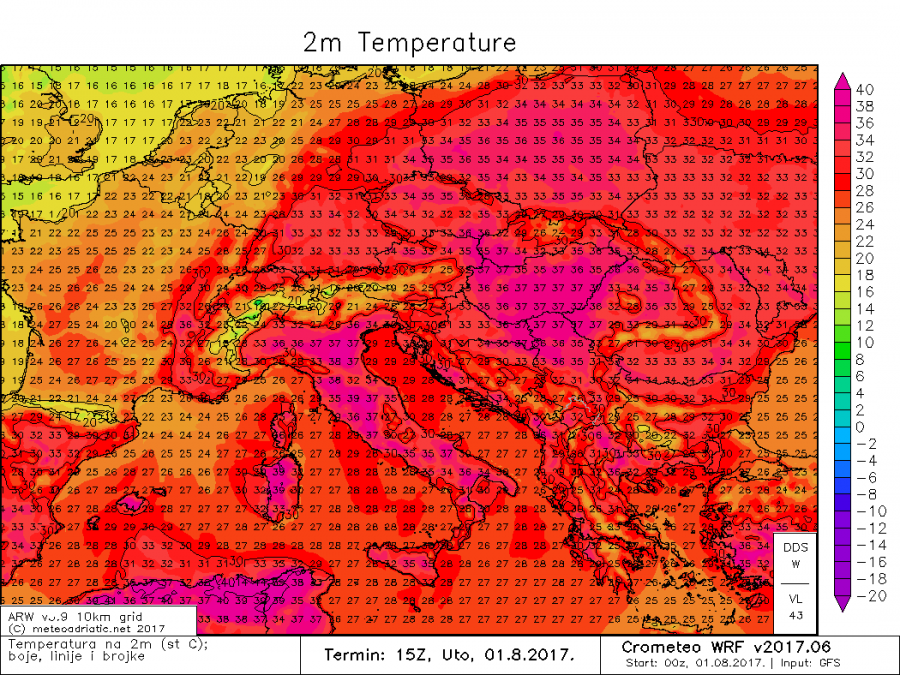 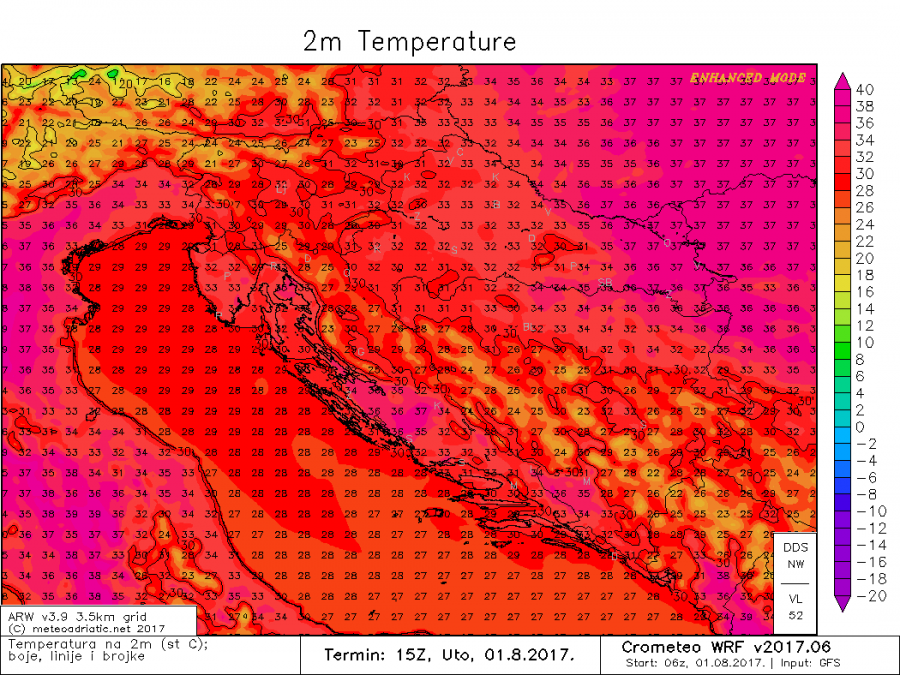 Looking ahead, tomorrow, August 2 promises temperatures about 2 °C higher across most of the aforementioned regions. The synoptic scale pattern over Europe currently also looks very stable, so the heat wave may well last over 10 days.