A deep cyclone passed just south of Iceland into the Norwegian sea late on September 14th and early on September 15th. Hurricane-force winds were reported on Faroe Islands and storm-force winds in Scotland and Norway.

We were there – Marko Korošec reported live from Gassadalur, Faroe Islands as it was whipped by intense winds and major waves.

The cyclone bottomed out at ~976 mbar late on September 14th while over the western part of the Norwegian sea. Note that the tightest pressure gradient remained over the open sea and likely the most intense winds with it. A significant, though not unusual deep autumn low for the area.

Peak wind gusts were in the storm-force range across much of the region, including Scotland, the Faroe Islands and SW Norway. Faroe Islands reported hurricane-force winds locally. 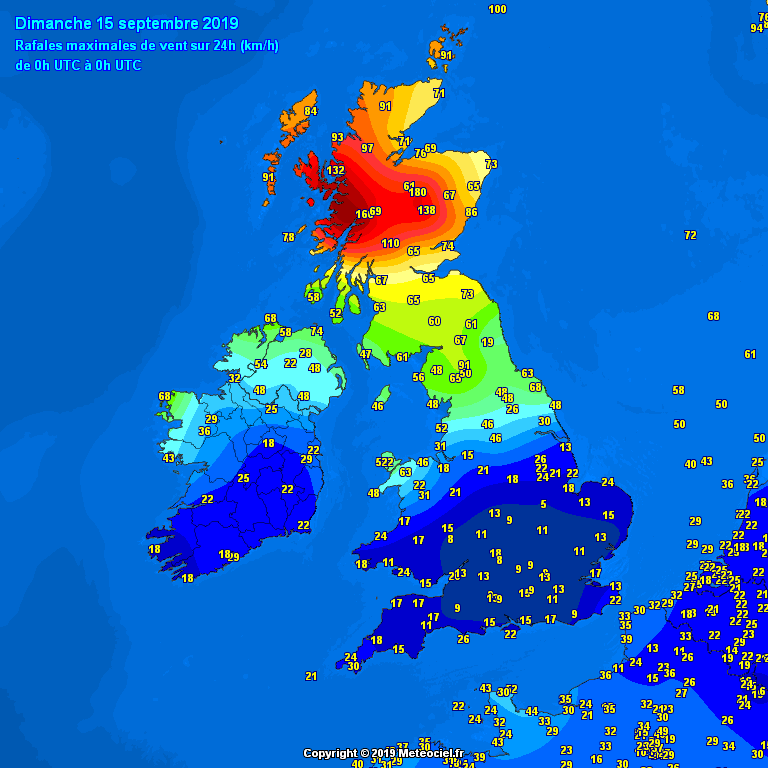 Peak wind gusts in the UK and Norway. Map: Meteociel.