As soon we get into September, cold air shots from from the north are getting more common. One such event is forecast for early next week, that will bring colder temperatures to central and eastern Europe, more common for late autumn.

A strong blocking ridge will start to rise over the east Atlantic region/west Europe on Monday, while on its eastern side, a deep trough will descent from the north on Tuesday night, bringing colder polar air into continental Europe. 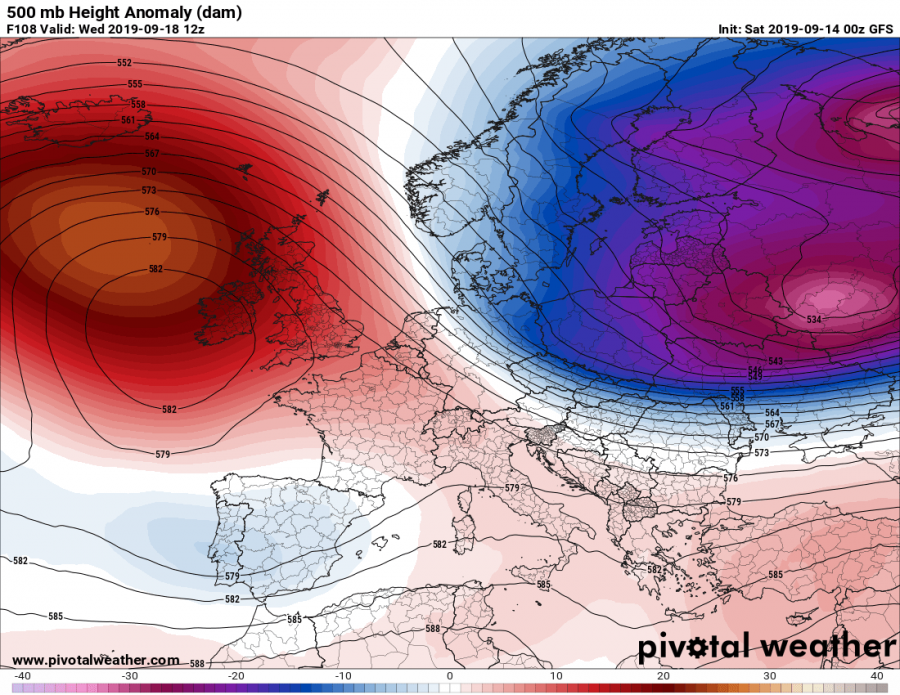 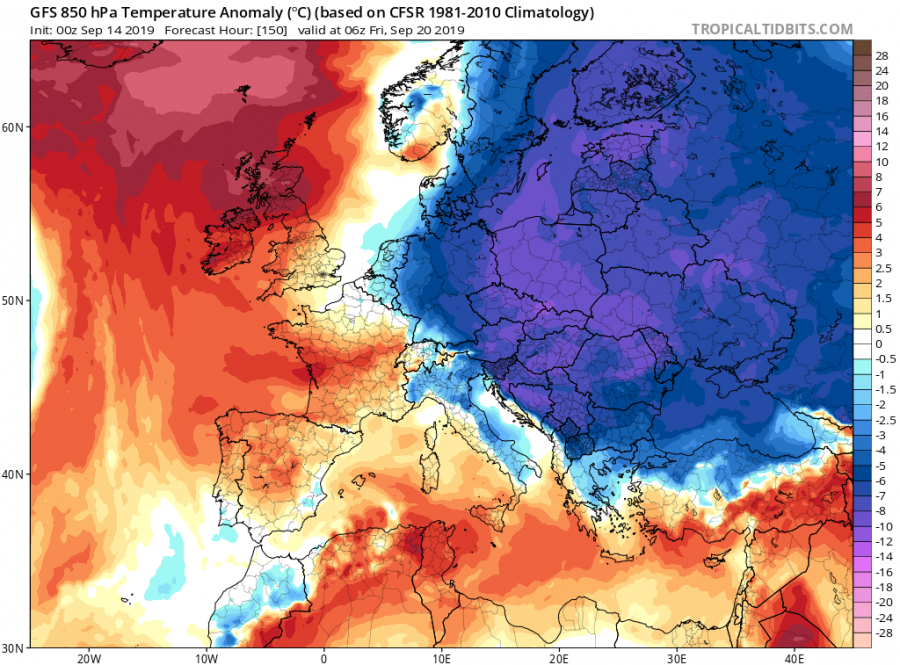 Temperature at the surface is expected too fall by up to 10°C or more in some places, and lasting until the weekend, when the blocking ridge from the west descents over Europe. 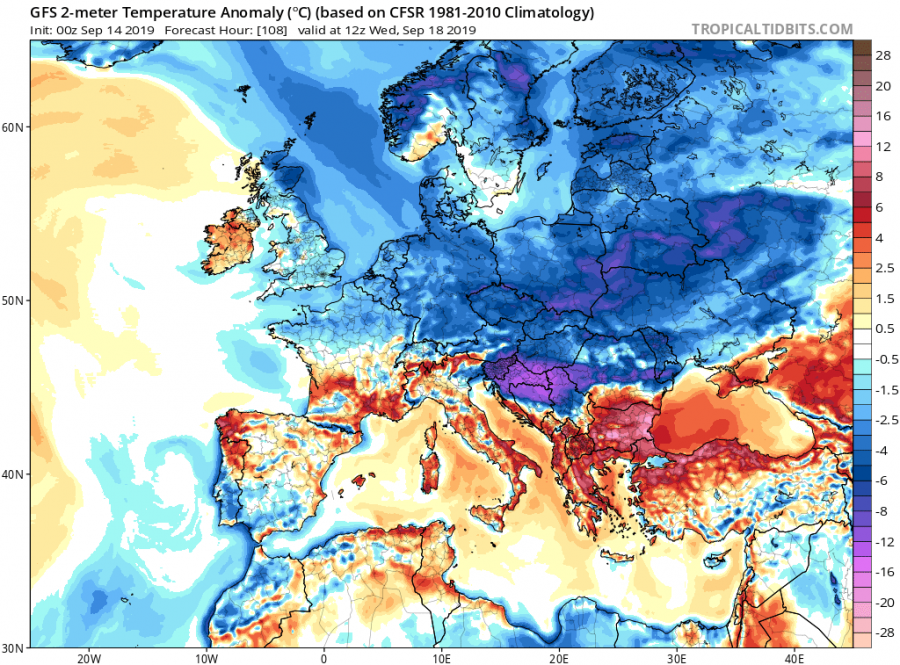 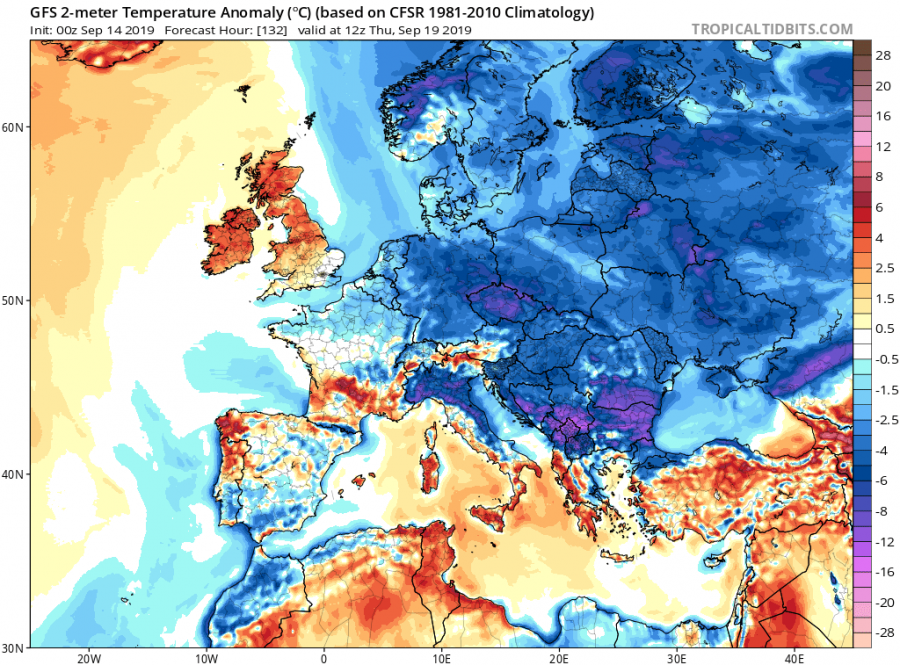 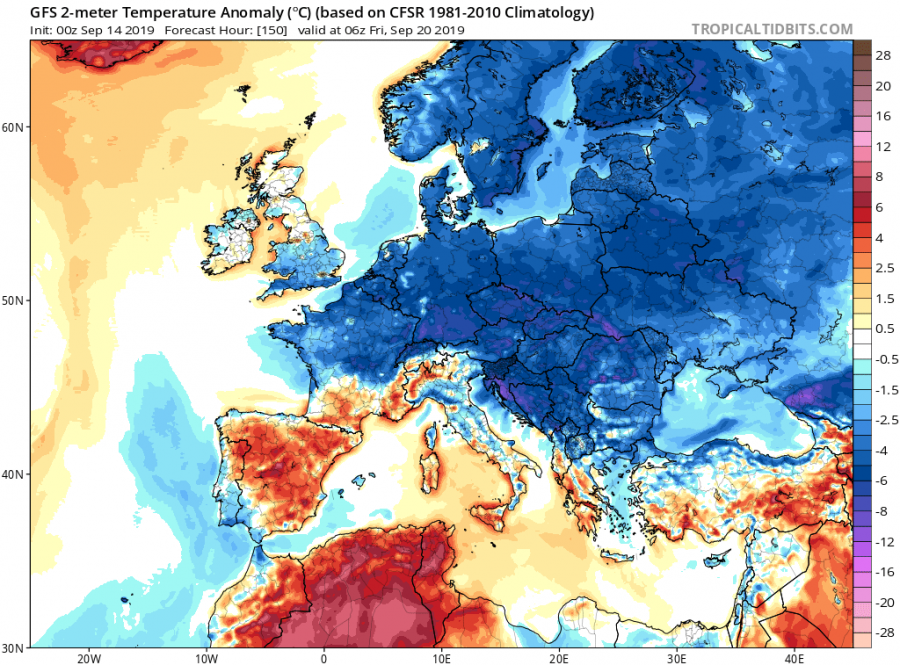 This is an early look, and we will post updates as forecast gets more reliable.