The intense heat wave over W-CNTRL Europe continues today. Daytime highs again up to 40 °C across the Iberian Peninsula. Up to 35-36 °C in SW France, approaching 30 °C in the UK.

The heat wave over W-CNTRL Europe will continue today. The large anticyclone that has established over much of the continent persists, with clear skies over much of the central parts of the continent and only scattered clouds over W Europe. Temperatures are already approaching 20 °C across most of the area, and are already around 25 °C in SW Iberian peninsula and W France. 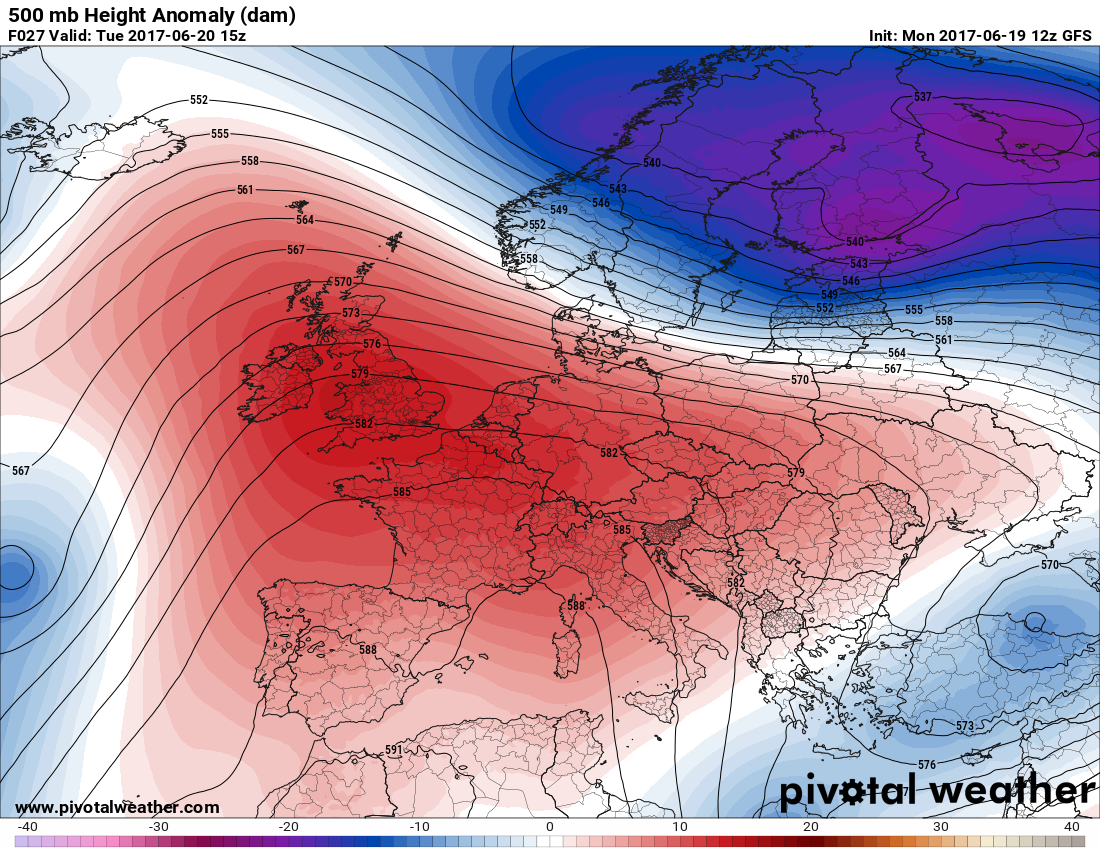 A large anticyclone has established over over W-CNTRL Europe. Clear, sunny skies and very hot weather prevails under it. Map: Pivotal Weather.

Another very hot day expected across the Iberian peninsula today. Temperatures are expected to again peak at over 40 °C in SW part of the peninsula and exceed 30 °C virtually everywhere! 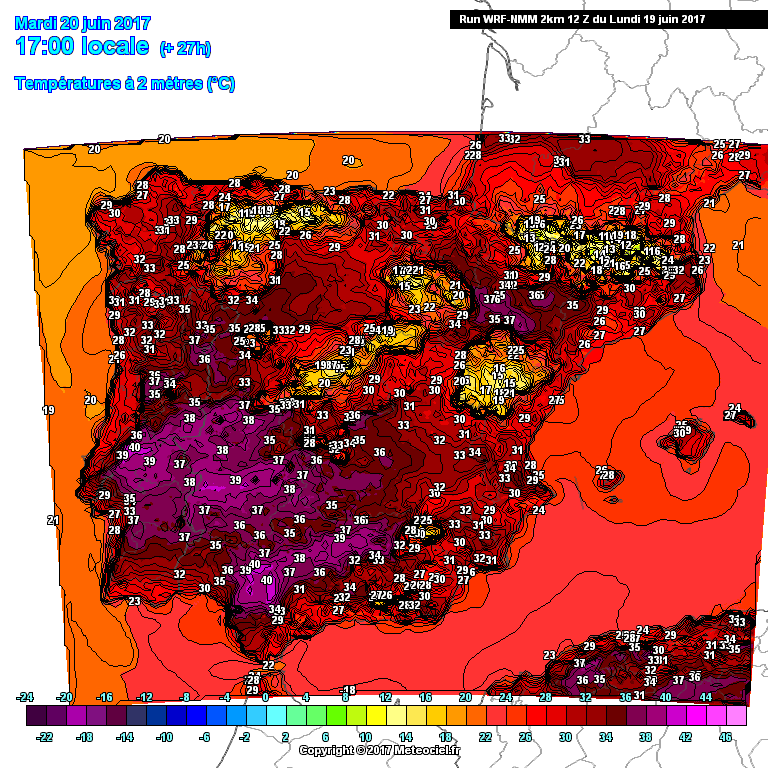 Additionally, significant instability will build up across the area. Expect thunderstorms initiating by mid afternoon, mostly pulse thunderstorms with threats for 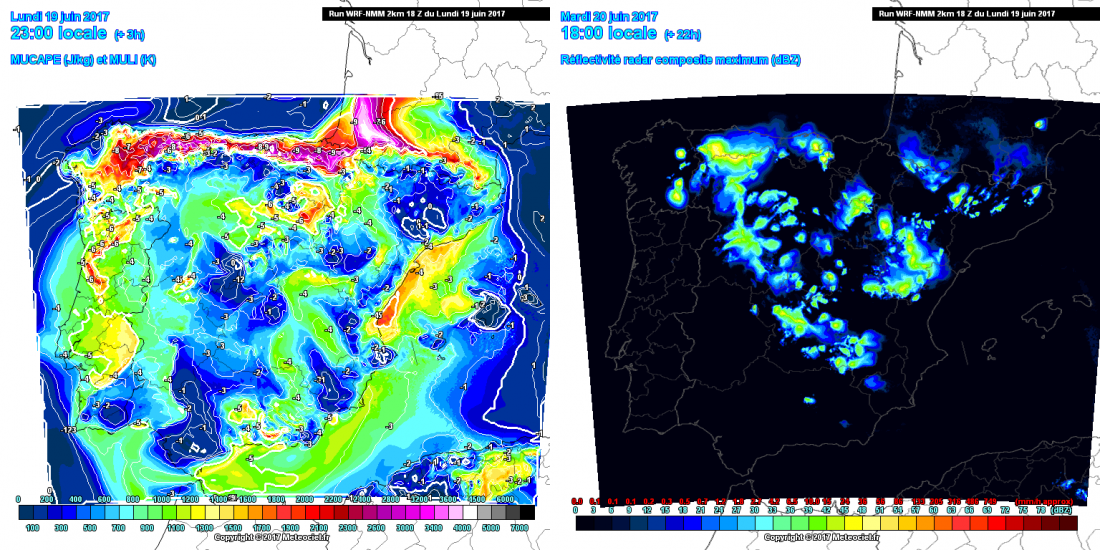 Instability (MUCAPE) and simulated radar reflectivity for the Iberian peninsula late in the afternoon. Map: Meteociel.fr.

Another hot day for parts of France too, as temperatures are expected to peak above 35 °C in SW France, and also reach above 30 °C across most of the country. Note also the high temperatures in the Rhine Graben, bordering with Germany – up to 33 °C. 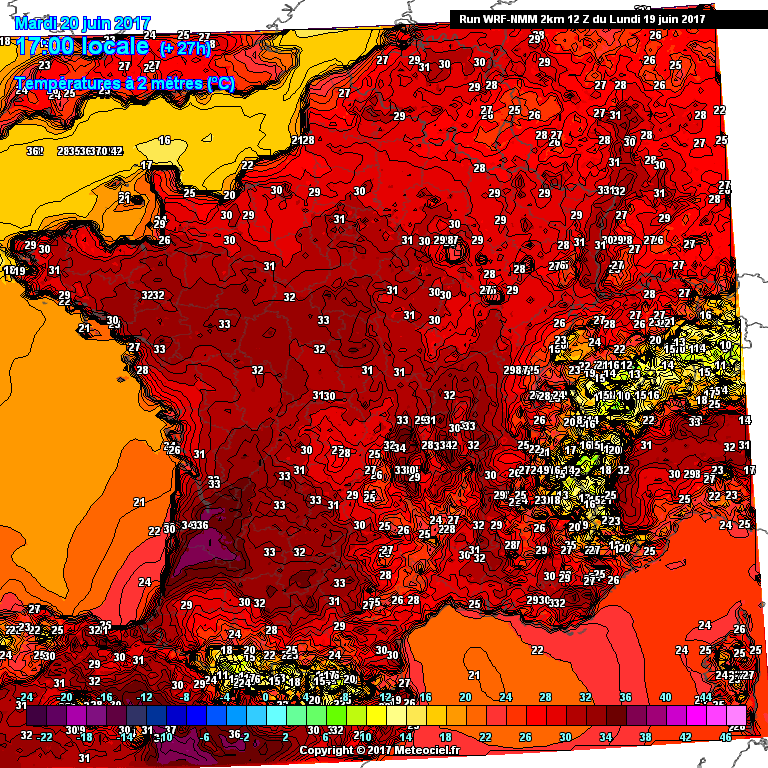 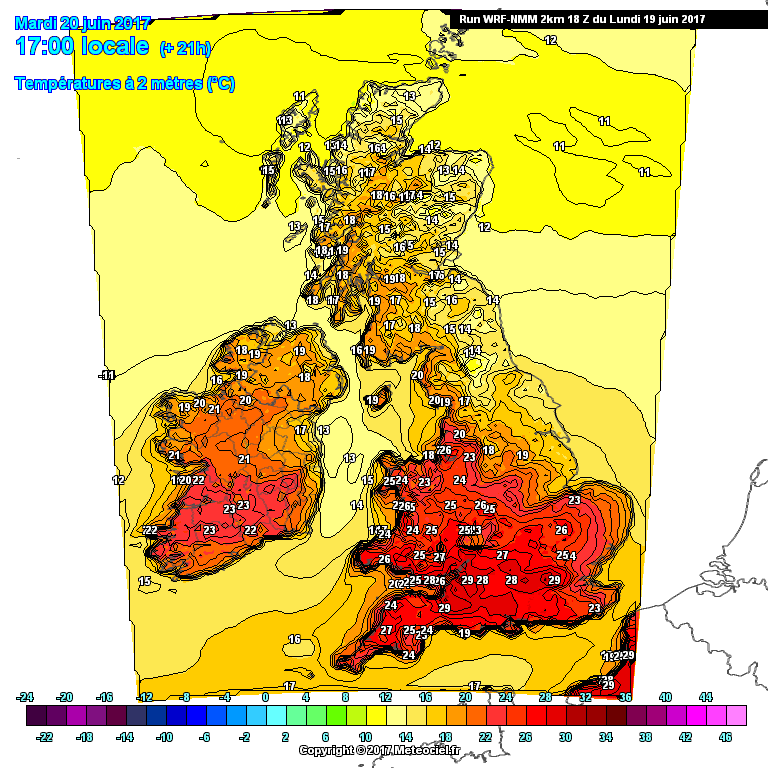 Hot day ahead also for the Pannonian basin (Hungary, parts of Austria, Slovenia, Croatia, Serbia and Romania) with today’s daytime highs expected to reach 33 °C (and up to 30 °C across much of the area. Also a hot day ahead for N Italy, with peak temperatures up to 34 °C in the southeastern Po plain! 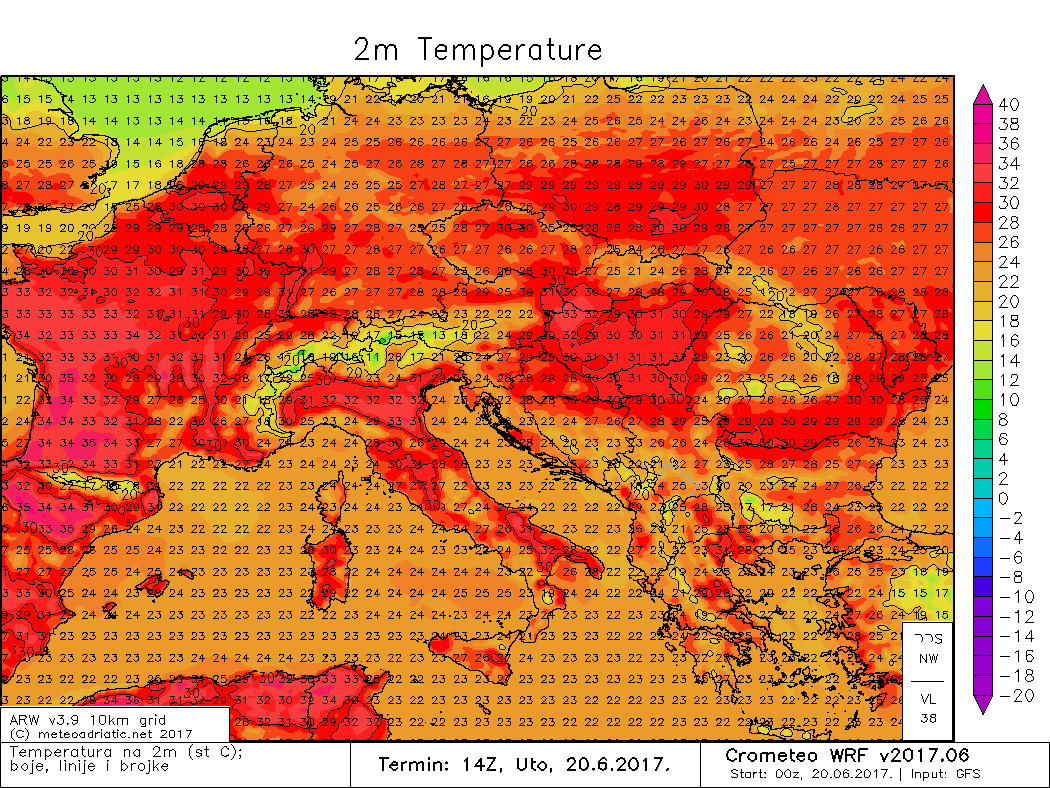