The current weather pattern has caused significant cooling of the Adriatic sea. Temperatures are 3 °C and more below the long term average for this time! Let us take a closer look. 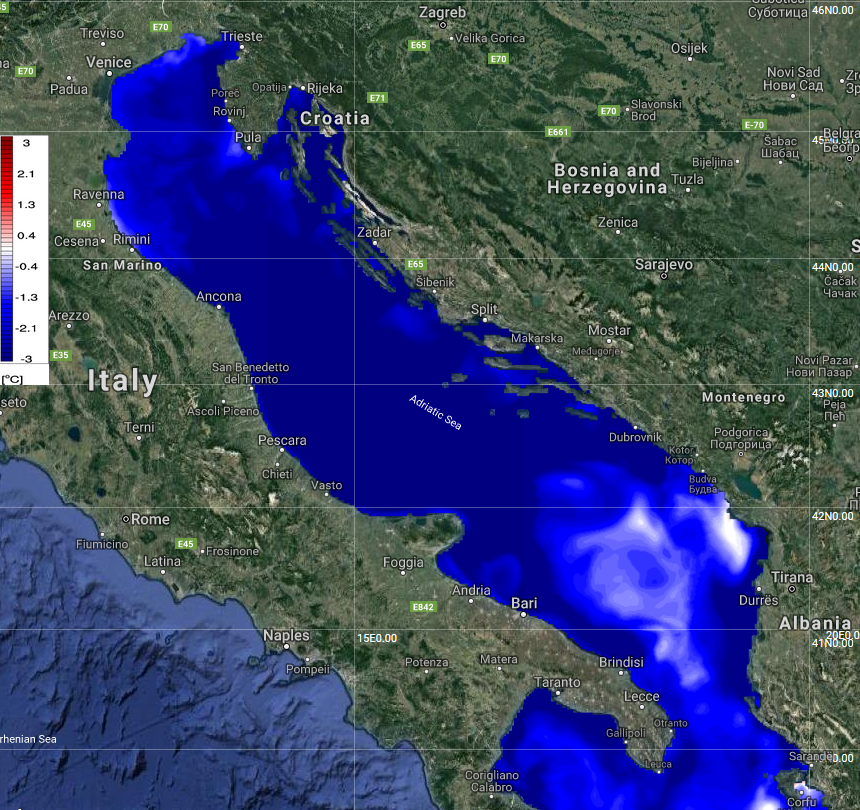 That may sound quite warm, but even that is well below average for this time. In fact, much of the Adriatic sea is currently over 3 °C cooler than average. This is the result of the persistent cutoff low over the central-eastern Mediterranean and consequent persistent Bora winds. 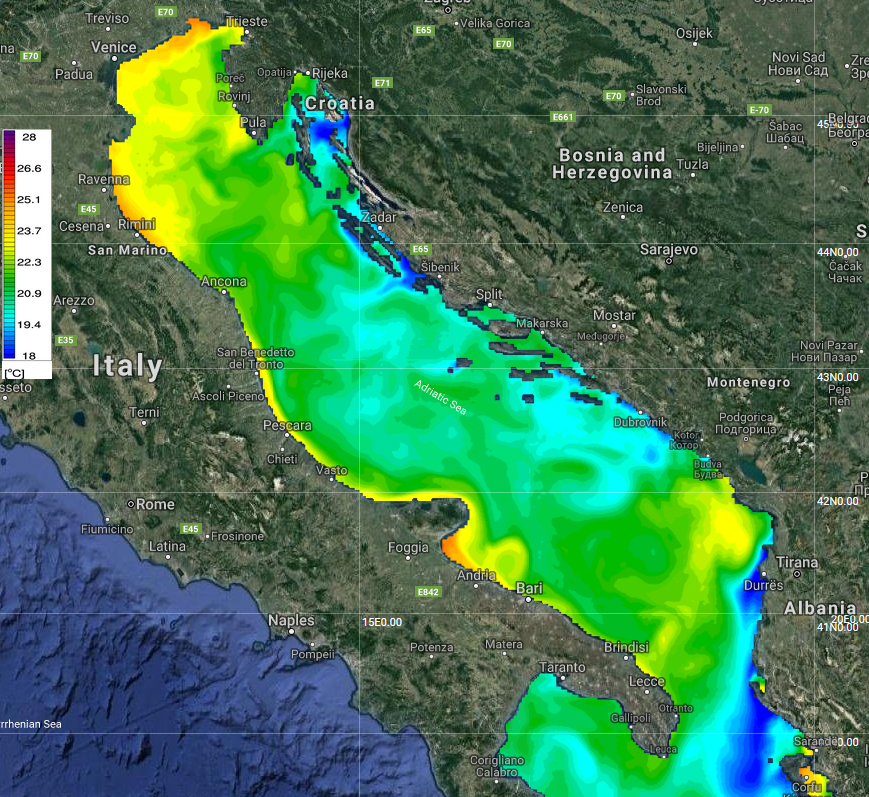 Warming is expected over the next 10 days as more normal (air) temperatures establish over the region and the Bora subsides.