A period of very warm weather is ahead for a large part of the Arctic, with local temperature anomaly reaching +20 °C or more. While this is an early trend that may well change during the winter, we take a look at current temperatures and sea ice extent in the Arctic and the effect the anomalously warm winter of 2016/2017 in the Arctic had on the sea ice extent. 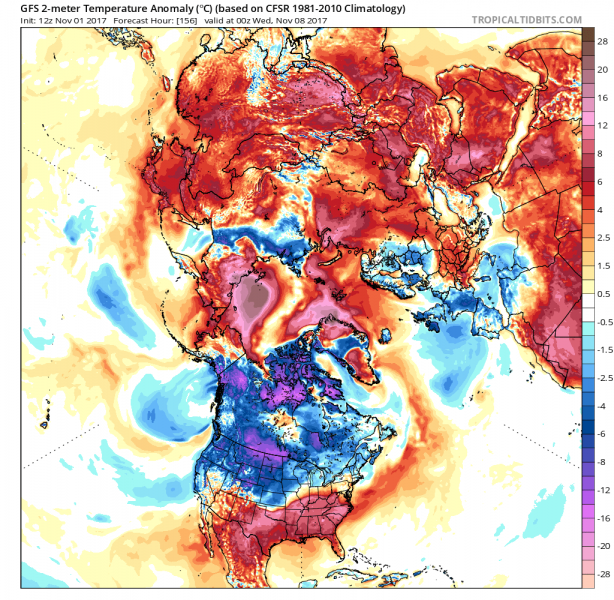 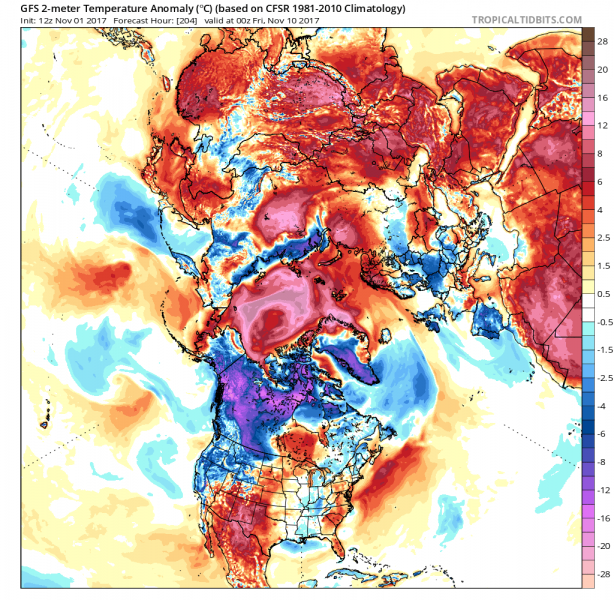 Currently the average (air) temperature in the Arctic region north of the 80th parallel is approximately 3 °C above the long term (1958-2002) average. Latest GFS model guidance suggests this trend will remain, and likely strengthen, over the next 10 days or so. 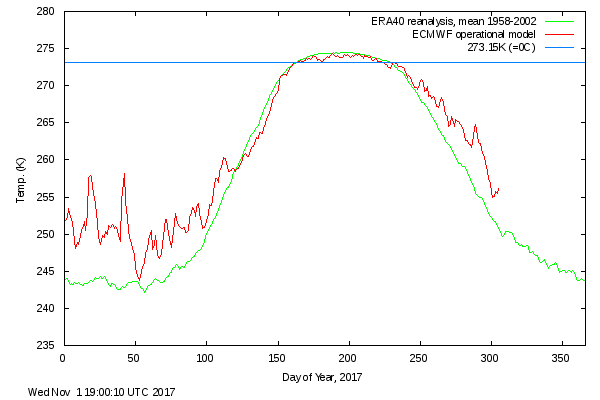 Looking back at 2016 and comparison

2016/2017 winter was characterized by persistent high temperatures in the Arctic, significantly higher than average of the temperature record. The temperature departure began early in autumn and increased through the remainder of the year, staying on average approximately 5 °C above average.

Arctic sea ice extent as of Oct 31st. Its extent remains much lower than average and it appears likely this trend will contonue through the following weeks. Chart: National Snow and Ice Data Center.