A broad area of low pressure is developing over the northern Atlantic, west of the British Isles and Ireland. It will bring a number of embedded deep lows across the region in the next 2-3 days. In addition to unsettled, rainy weather and snow in some parts of Scotland, England and Wales and persistent rainfall for Ireland, they will also bring locally very windy weather. 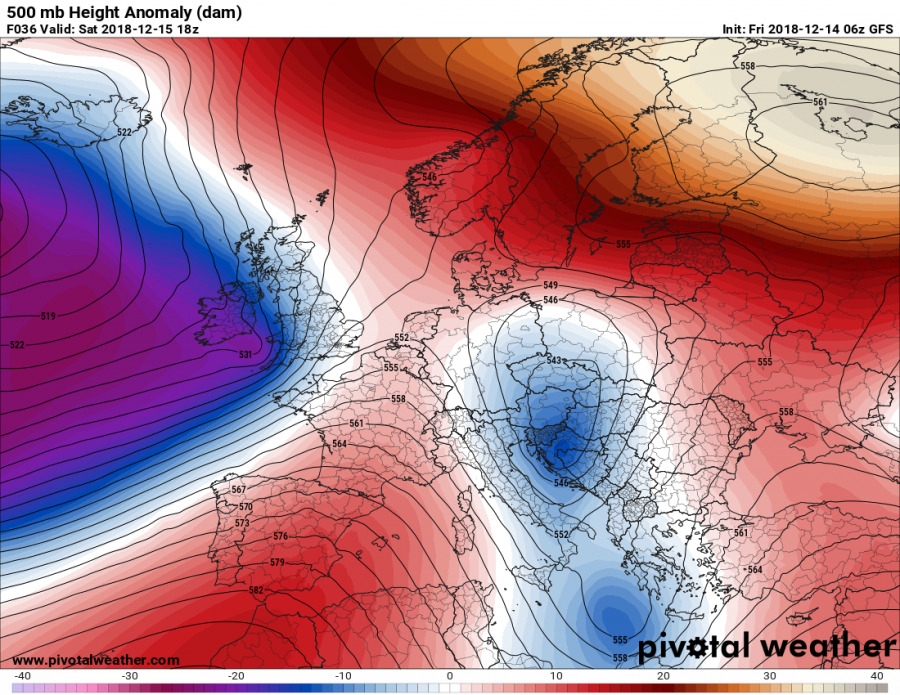 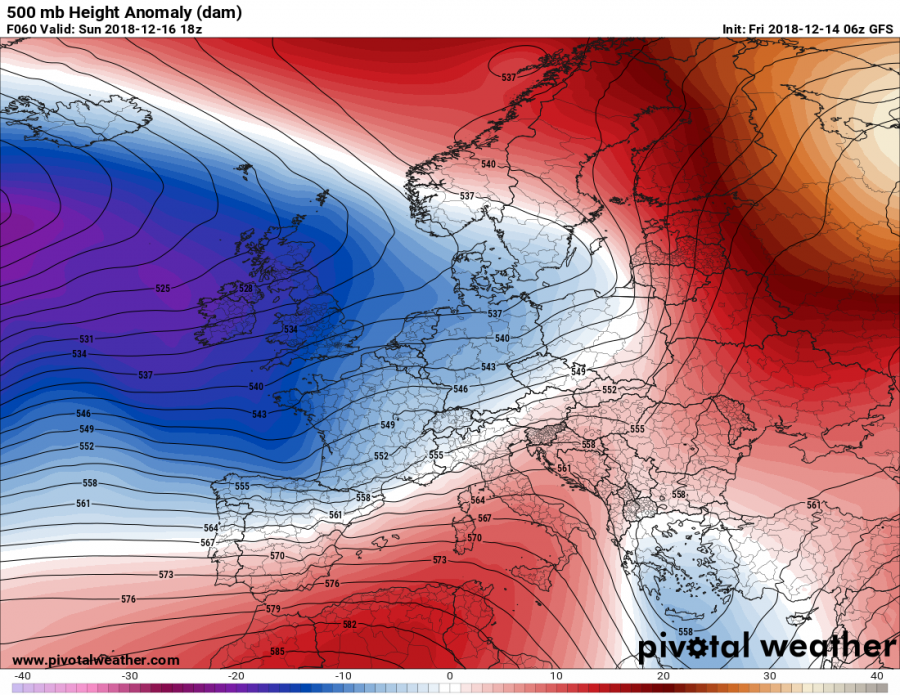 The strongest winds are expected across parts of southern Ireland, extreme SW England, parts of Wales and Scotland as well as the Shetland Islands and extreme SW Norway. Peak gusts are likely to reach 120-130 km/h, except at higher elevations in Scotland, north England and SW Norway, where peak gusts may exceed 150 km/h. Also expect strong to severe winds across much of the North Sea, gusting up to 90-130 km/h. 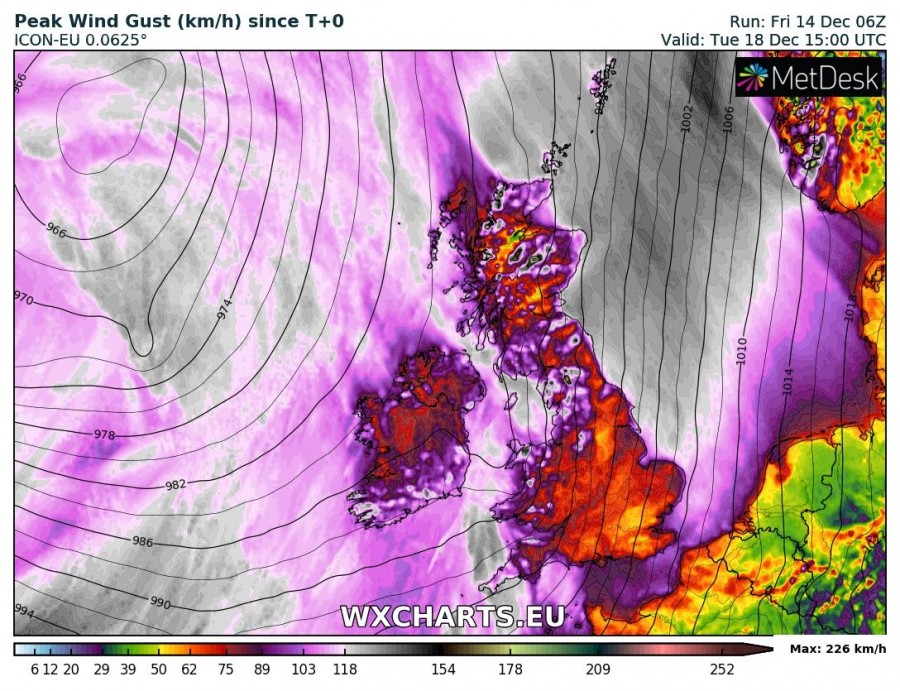 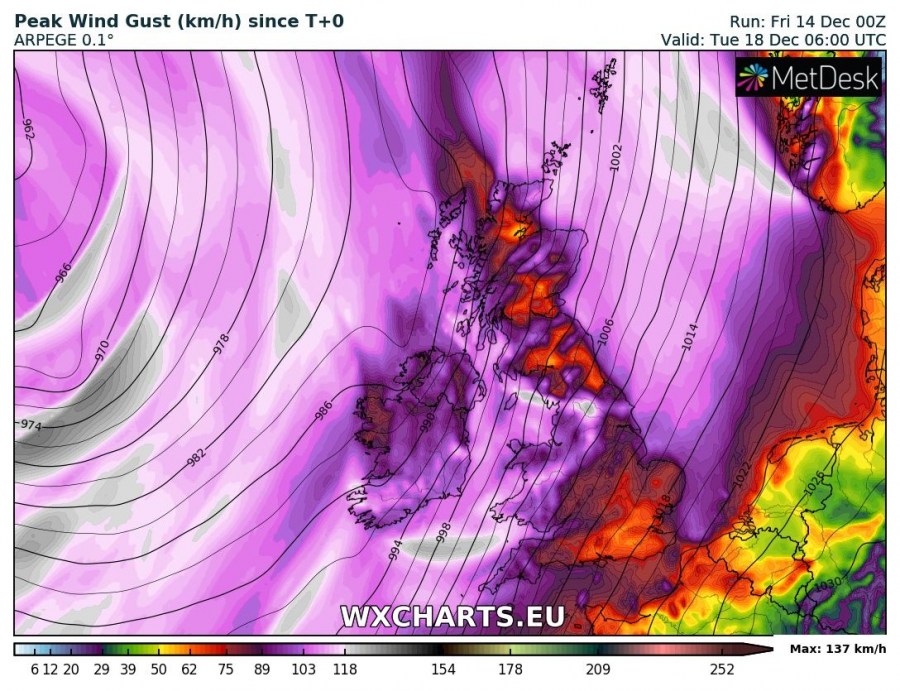