The last week of March will be characterized by a strong blocking pattern across a large part of Europe, while troughs will be limited to the Arctic region and partly across eastern Europe. Cold fronts will bring much colder weather into the southeast Europe and the eastern Mediterranean, including severe weather and snowfall.

A strong upper ridge develops over the north Atlantic while a trough digs south on its eastern flank towards central Europe. Colder weather spreads across the region behind the surface cold front. Very warm weather remains over the Balkan peninsula while very cold weather persists across the eastern Black sea region in the wake of a deep upper low over the Middle East. 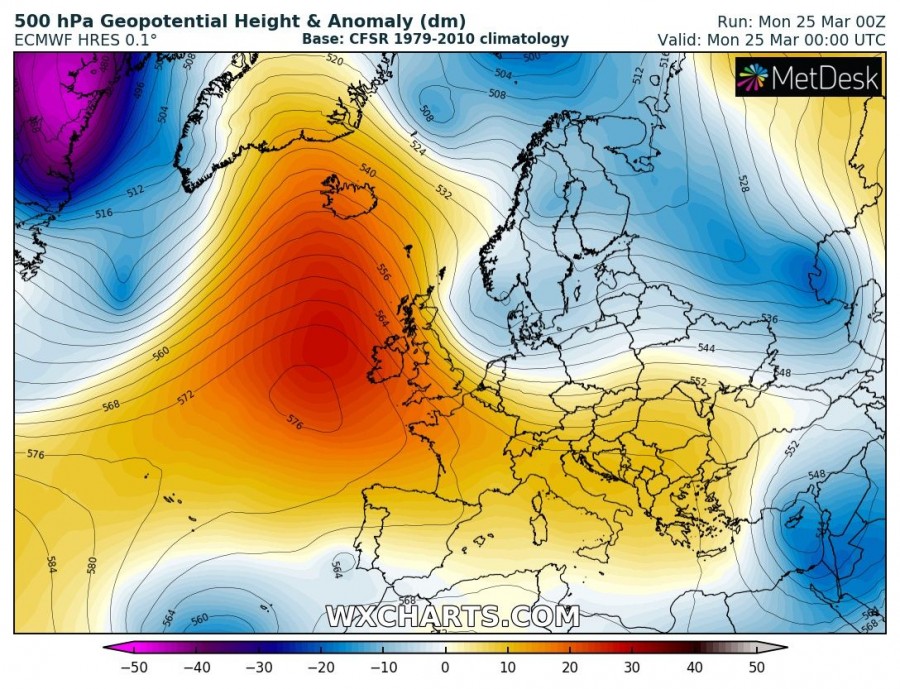 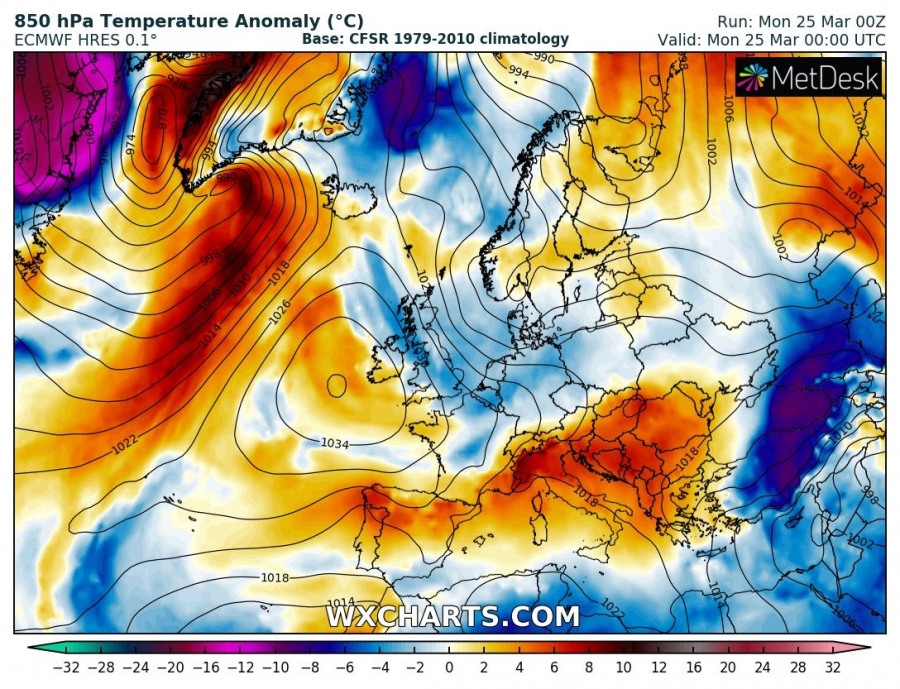 The north Atlantic ridge strengthens while the short-wave trough continues south across the Balkan peninsula, with much colder and windy weather behind the cold front as well. A new deep trough develops over Greenland and strong warm advection takes places across Iceland. Warmth over the Balkan peninsula and cold weather across the eastern Black Sea is over. 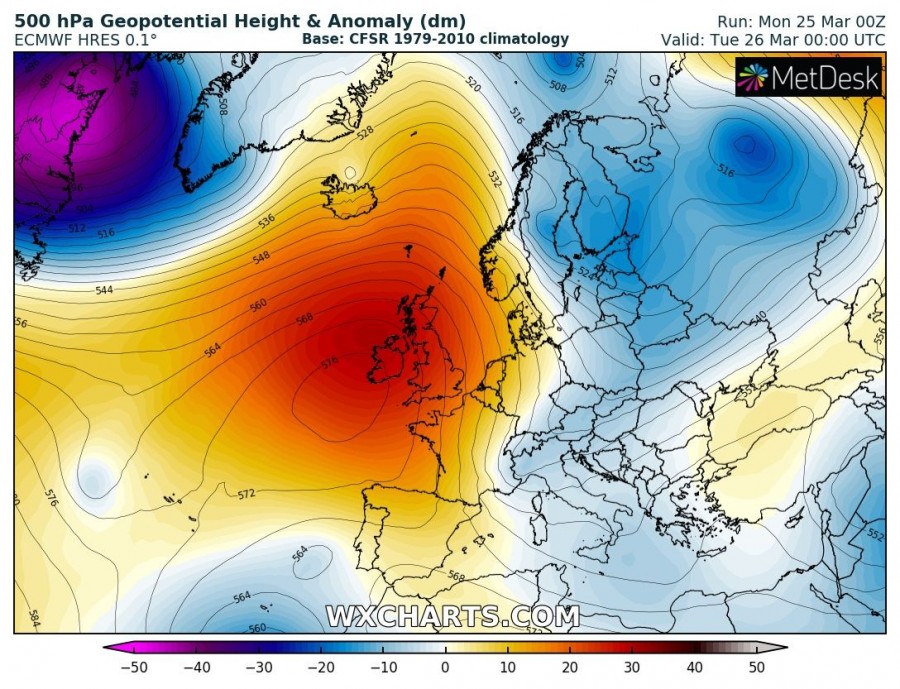 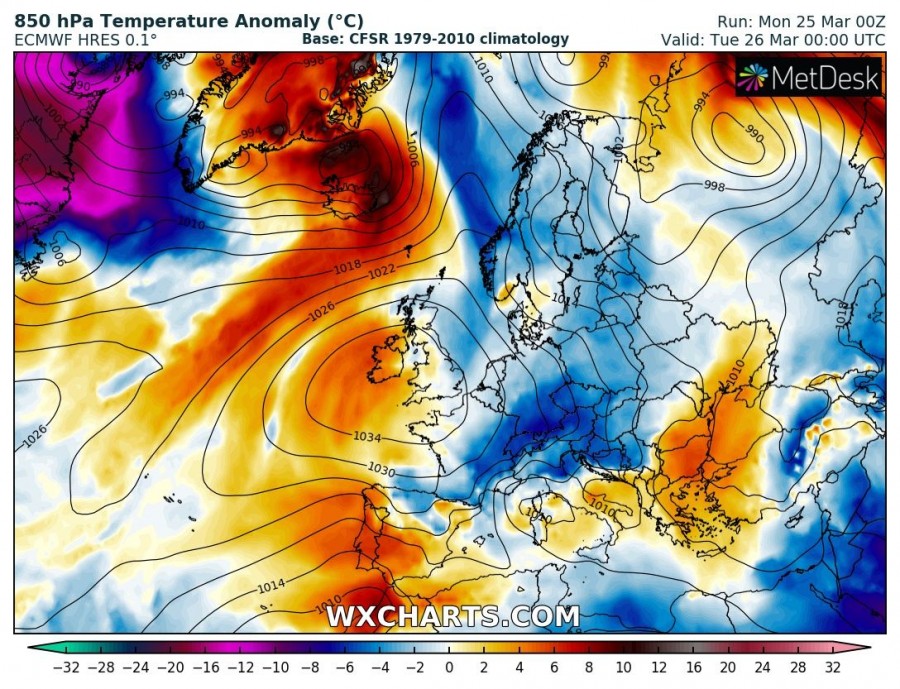 An upper ridge over the N Atlantic expands into north and central Europe, resulting in additional cold advection on its eastern flank towards south, reaching Mediterranean as well. Warm weather spreads into western Europe. 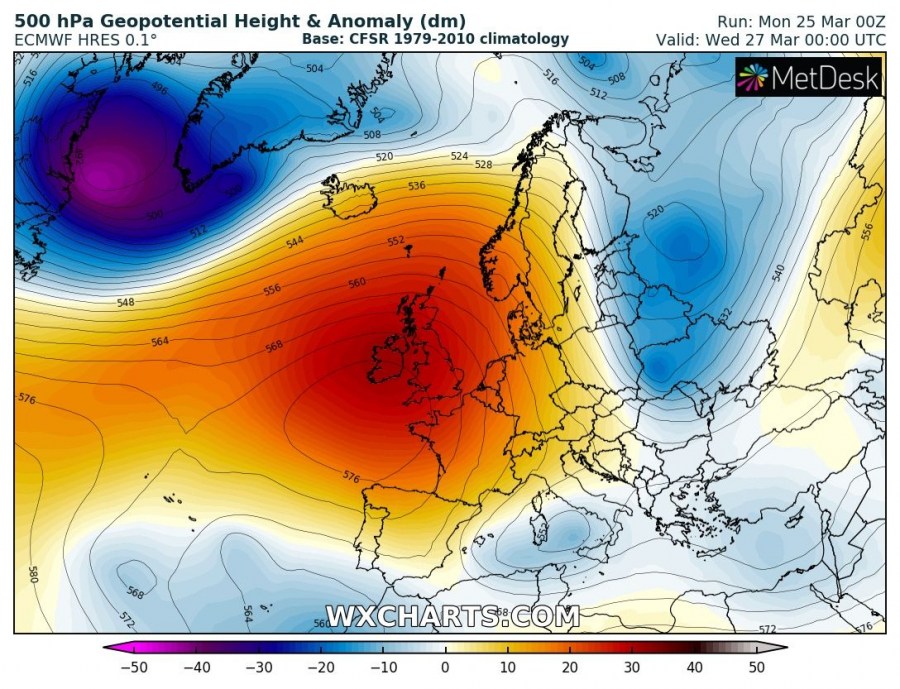 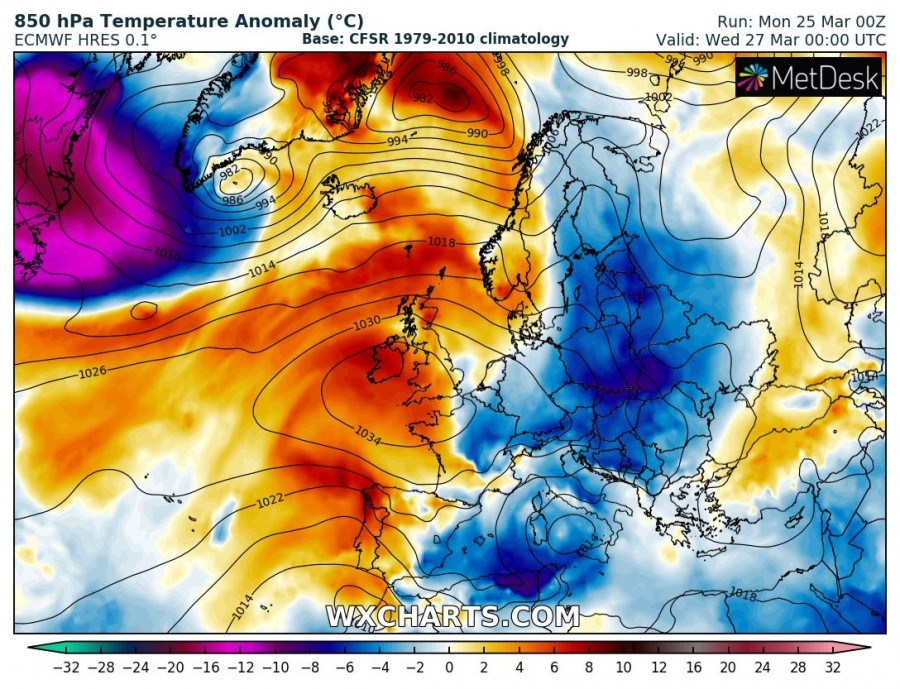 Similar pattern as the day before as the strong upper ridge dominates western, central and northern Europe, while a deep trough is centered over Greenland and Iceland. A new deep trough pushes across the eastern Europe with a strong cold outbreak into the Black Sea region. Warmth across the western Europe continues. 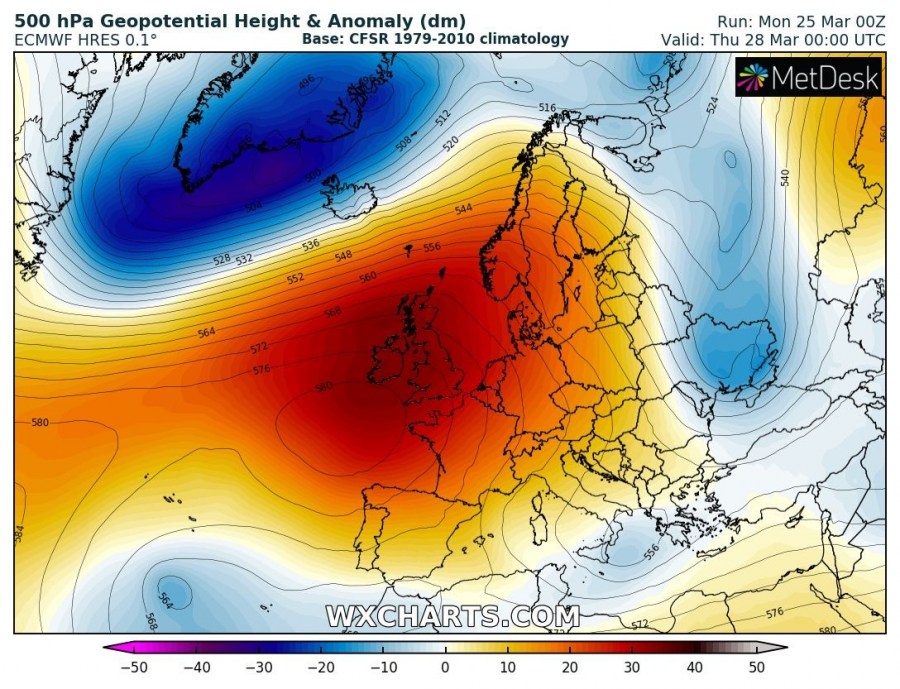 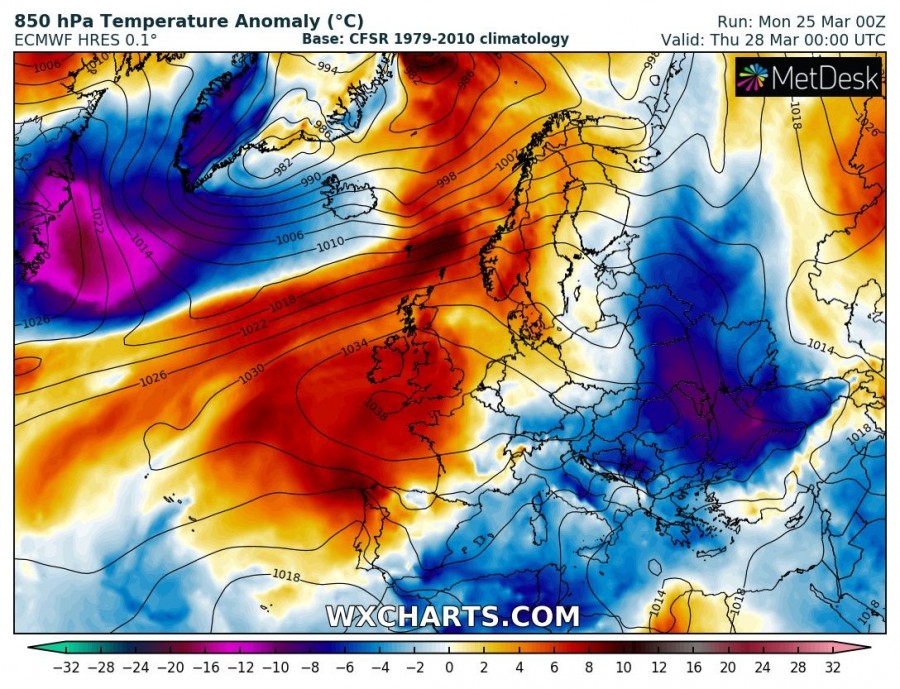 An upper ridge center spreads more towards the northern Europe and brings much warmer weather into Scandinavia as well. Greenland’s deep trough results in strong windstorm over the N Atlantic and Iceland. Cold outbreak continues across the E Balkan and Black Sea region. 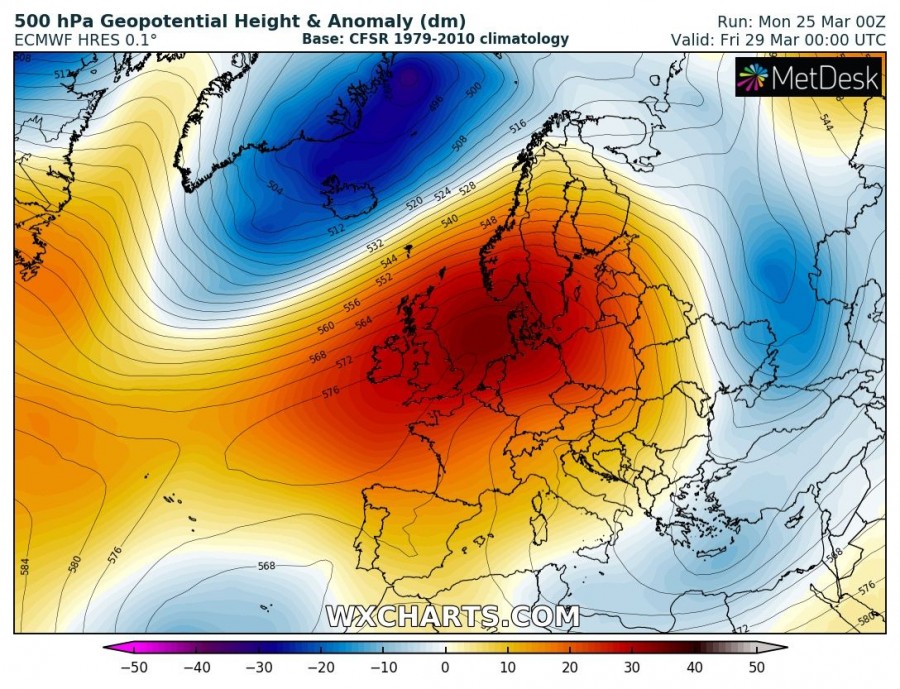 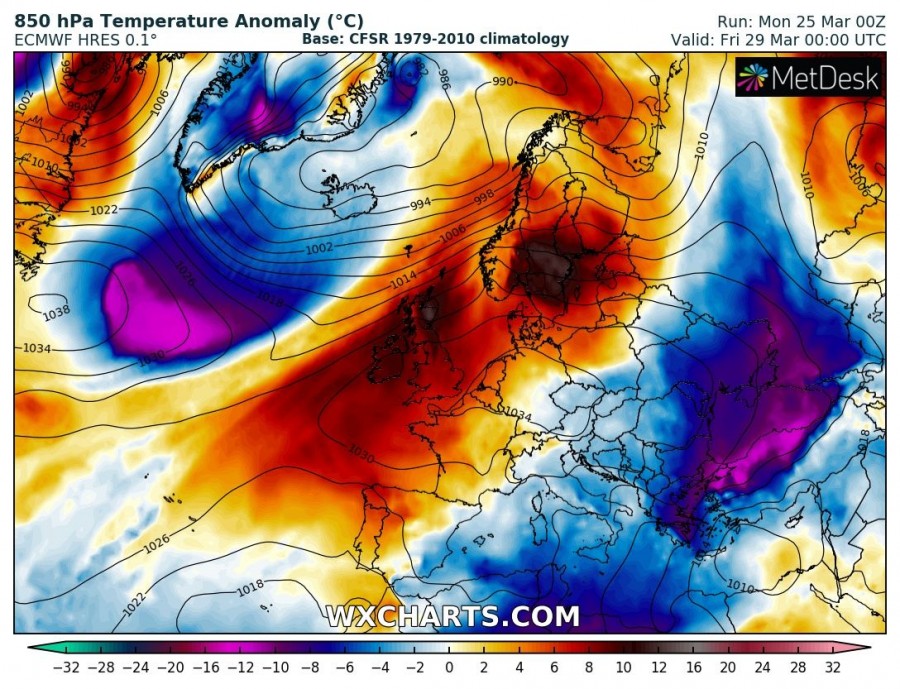 The upper ridge begins gradually weakening as deep trough from the Arctic region pushes into northern Europe. Colder weather returns into Iceland while much warmer weather continues across Scandinavia and Baltic region. Very cold weather remains over SE Europe and the E Mediterranean. 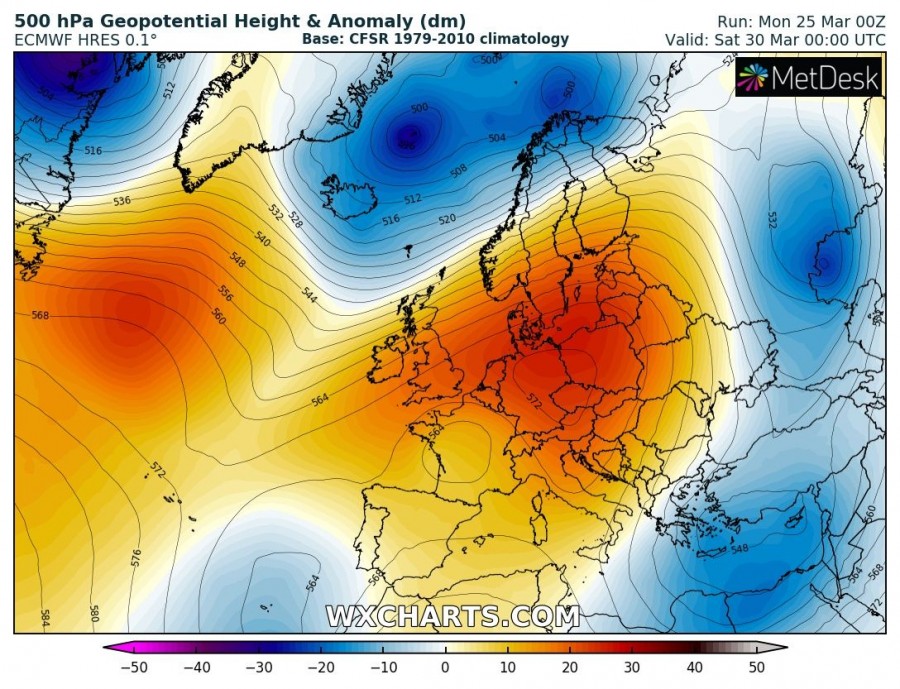 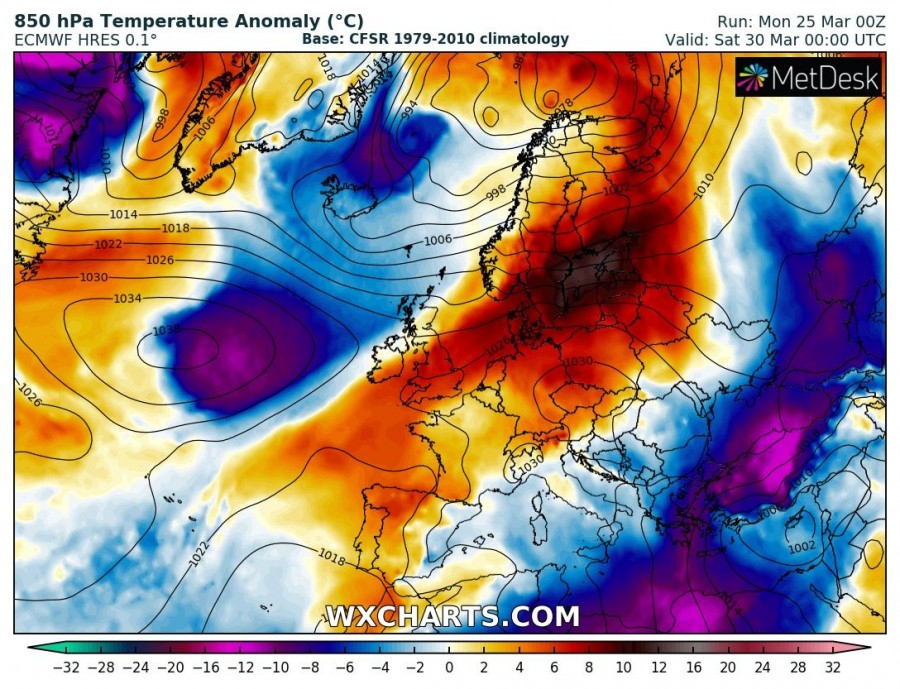 A deep trough crosses N Europe, bringing colder weather into W Europe and the North Sea. To the east, weakening ridge persists across east-central Europe while cold weather continues across the E Mediterranean and the Middle East. 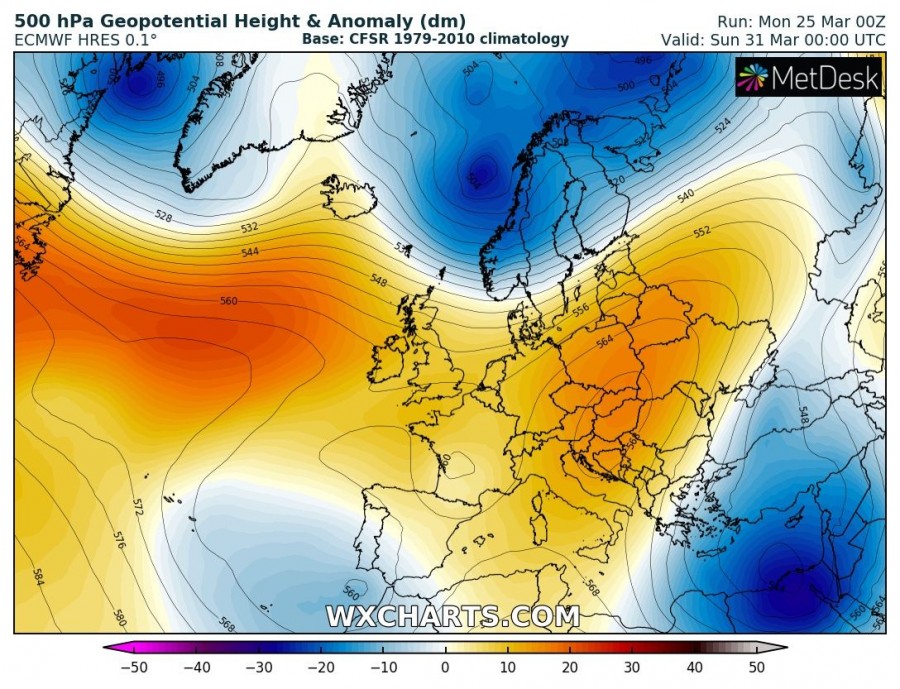 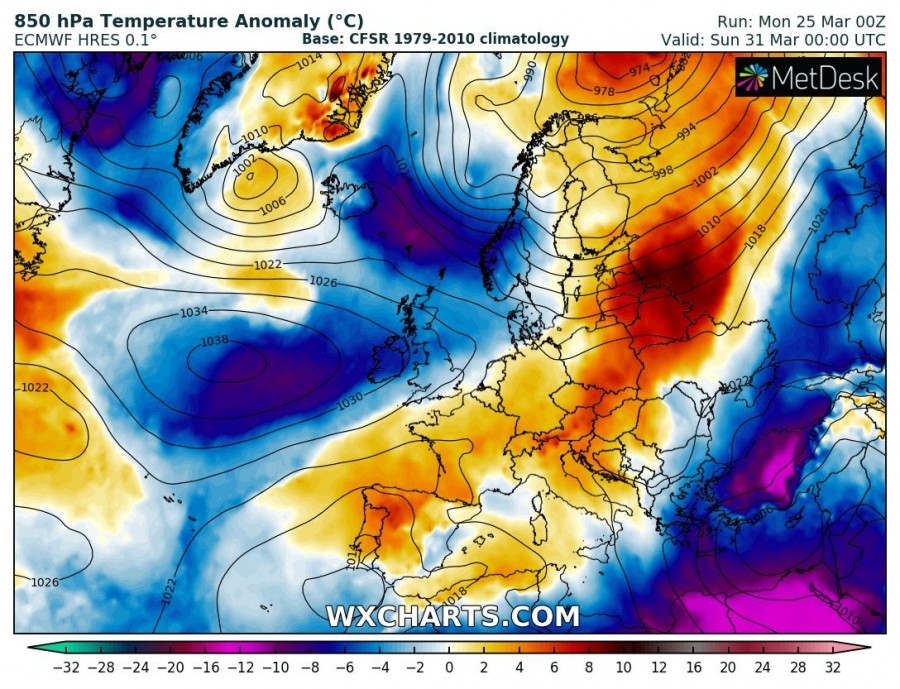 The upper ridge collapses as troughs get more active across the northern half of Europe and bring colder weather towards south. Very cold weather still persists across SE Europe and the Middle East. 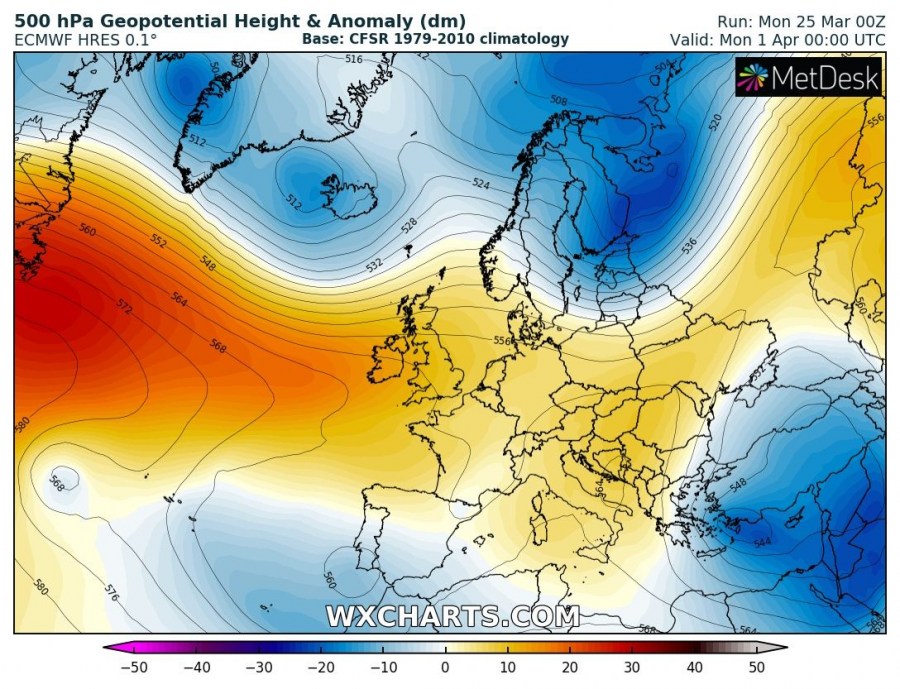 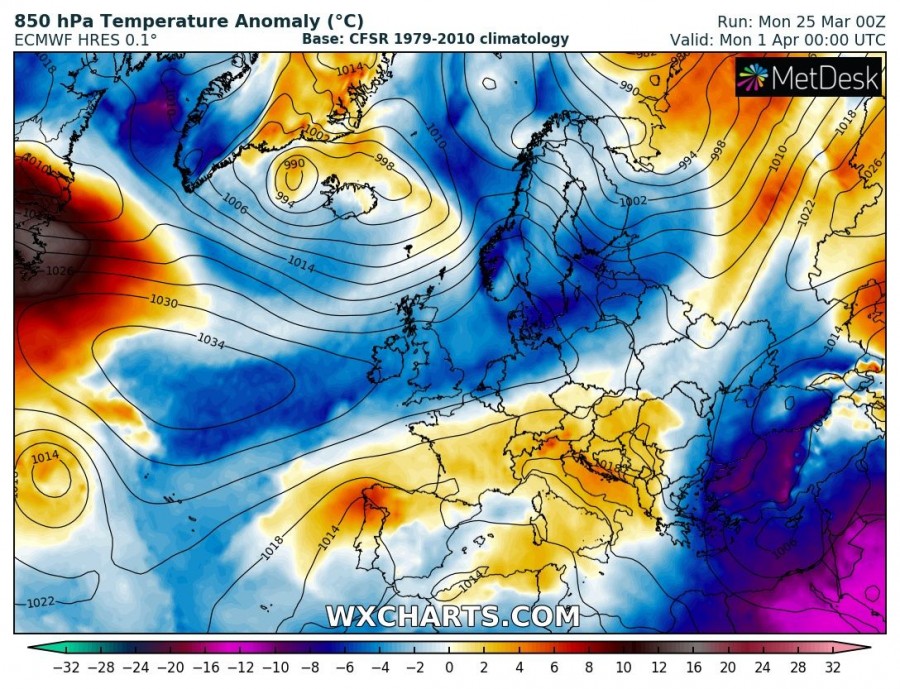 Stay tuned for additional details through the next days!