As expected, the impressive cyclone we discussed yesterday has gone through an incredibly rapid intensification and deepened below 940 mbar this morning. A very deep cyclone (a “weather bomb”) is moving across the north Atlantic and is expected to pass just west of Iceland tomorrow before it hits south Greenland overnight to Friday.

Mean sea level pressure analysis reveals the central pressure had already fallen below 940 mbar by this morning, into 938-939 mbar range. Notice the incredibly steep pressure gradient through the NW and SW quadrants of the system – this is undoubtedly producing some violent winds, in excess of 150 km/h! 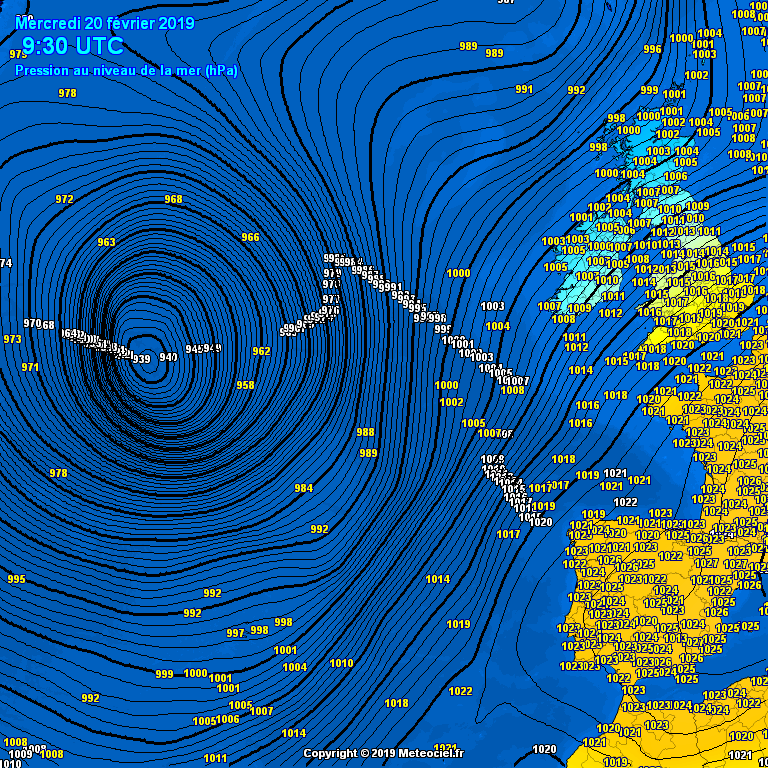 Attached are a couple of impressive IR/WV satellite images of the cyclone, displaying textbook structure of the system with embedded mesovortices in the core. We are awaiting more satellite imagery this afternoon when high-res visible spectrum Terra imagery will be available. 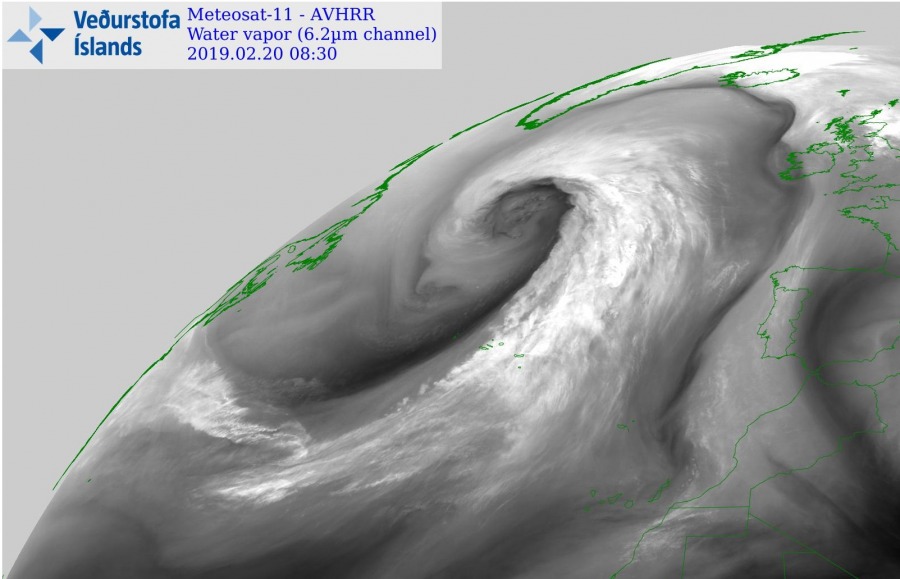 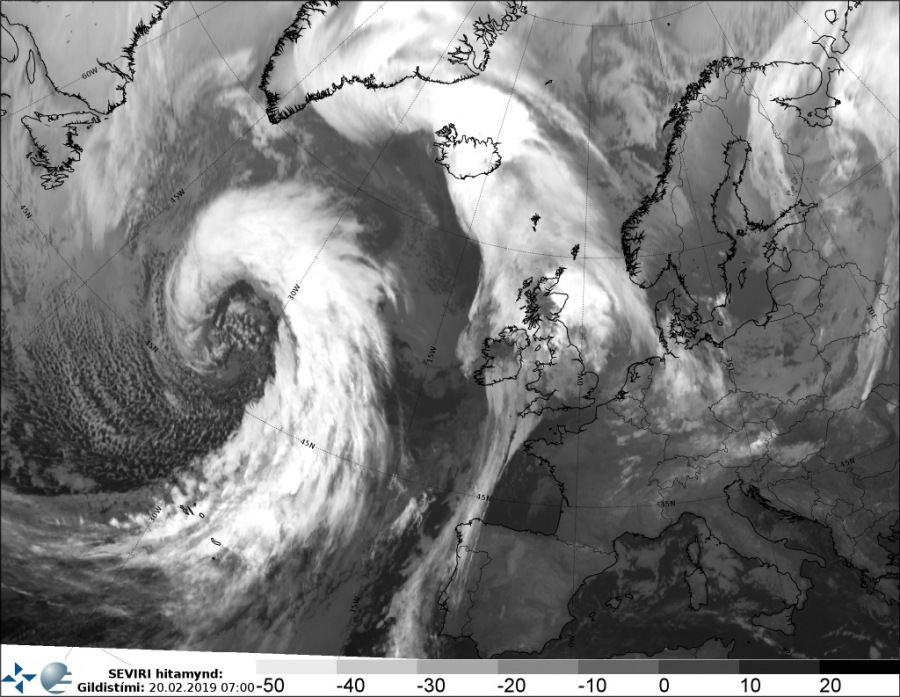 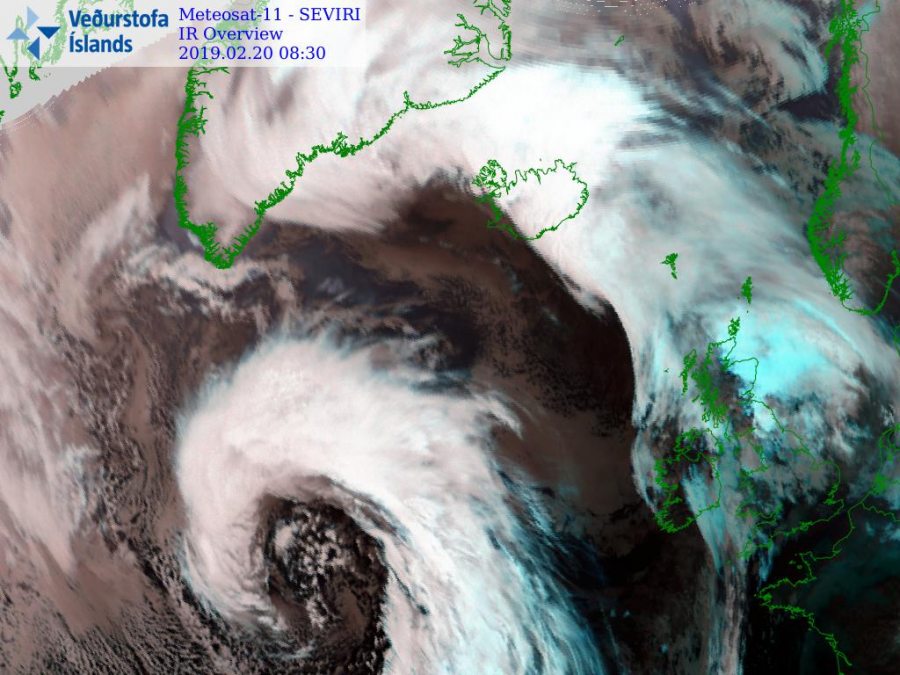 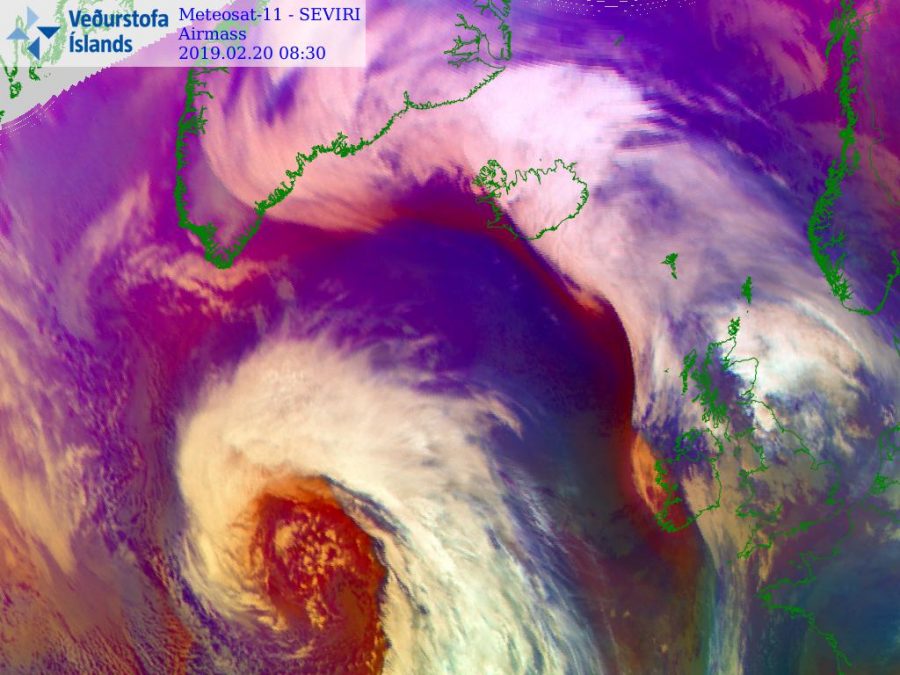 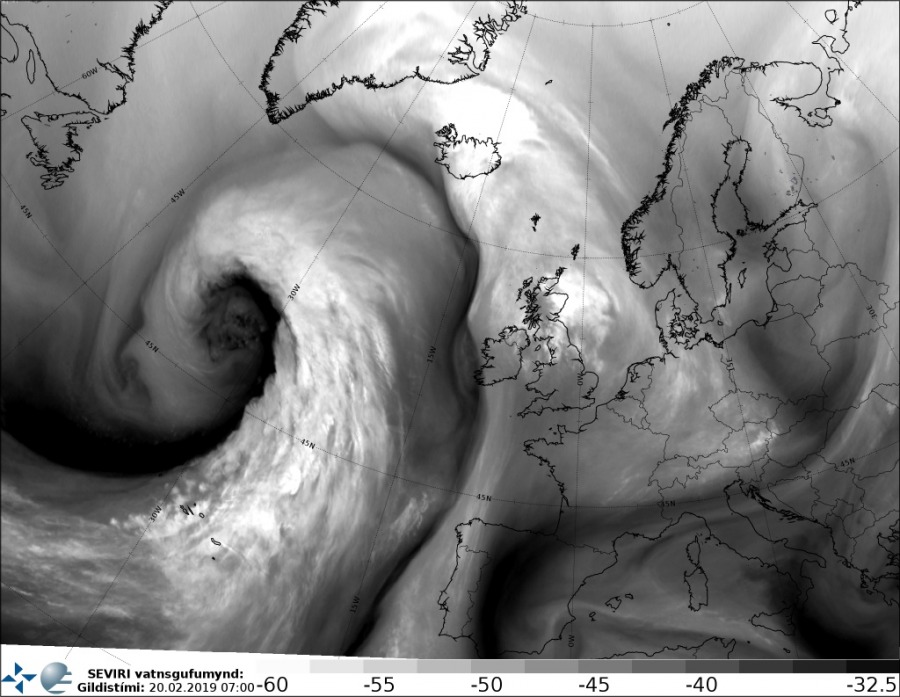 The cyclone developed yesterday afternoon when a deep trough/wave ejected from eastern Canada into the warmer Atlantic ocean. It has gone through rapid intensification since then and entered explosive cyclogenesis – also called ‘bombogenesis’ – phase, in which the cyclone deepens by more than 24 mbar within a 24-hour period. This monster cyclone more than doubled this rate! Attached is the graphic for the ocean buoy in the NW Atlantic which was almost directly hit by cyclone’s center. The pressure change was an incredibly impressive 51 mbar within only 19 hours – from 1003 mbar to 952 mbar! 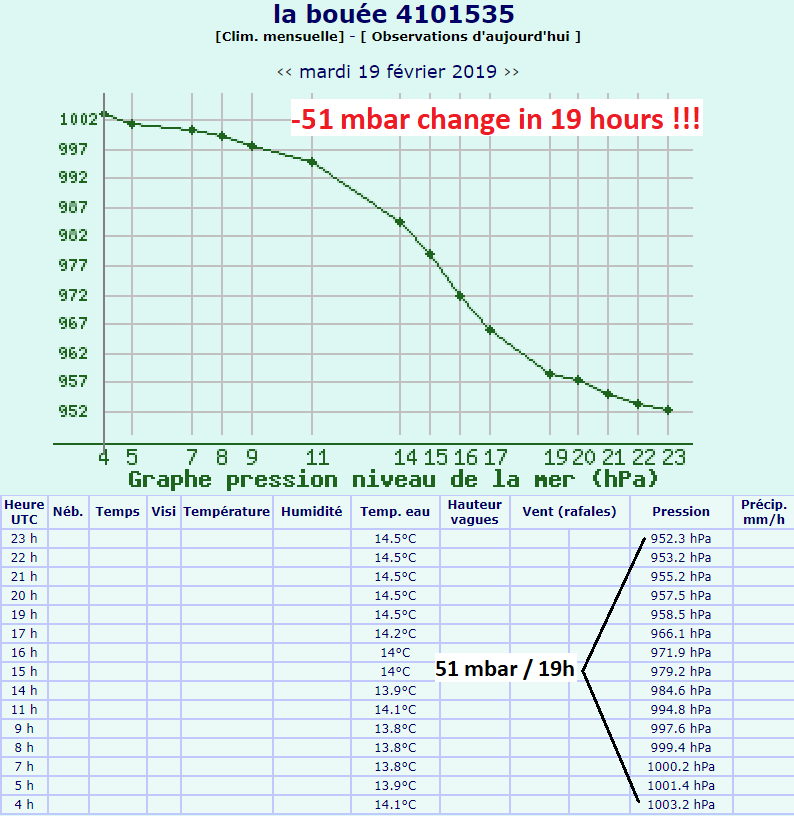 The future track of the cyclone will bring it across the north Atlantic, nearing Iceland tomorrow and then making landfall in Greenland overnight to Friday. The central pressure should continue dropping today and could approach 930 mbar at its peak intensity. Then it begins rising overnight and tomorrow when it reaches around 950 mbar before it hits Greenland. 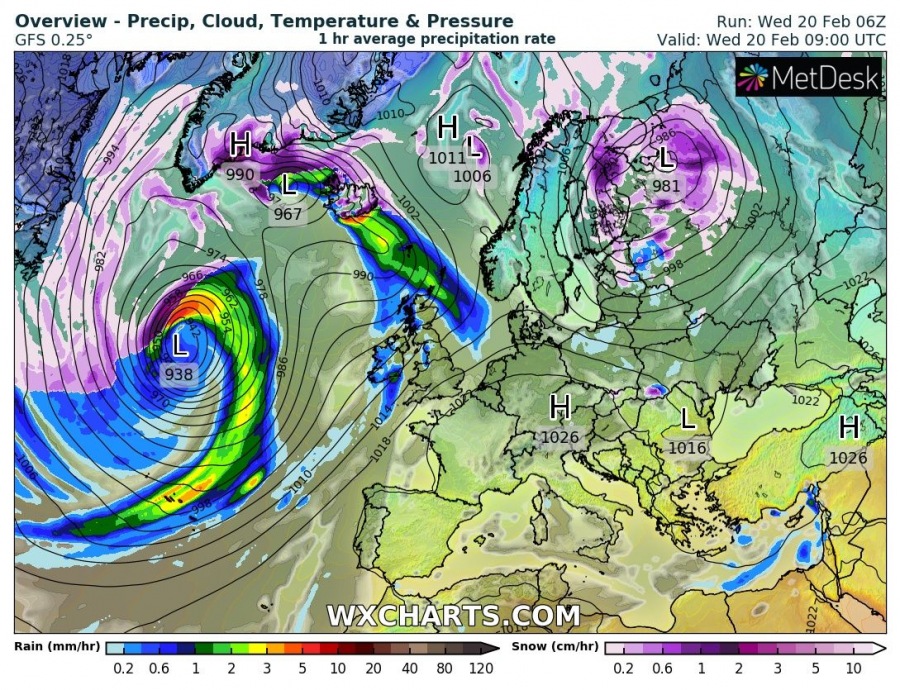 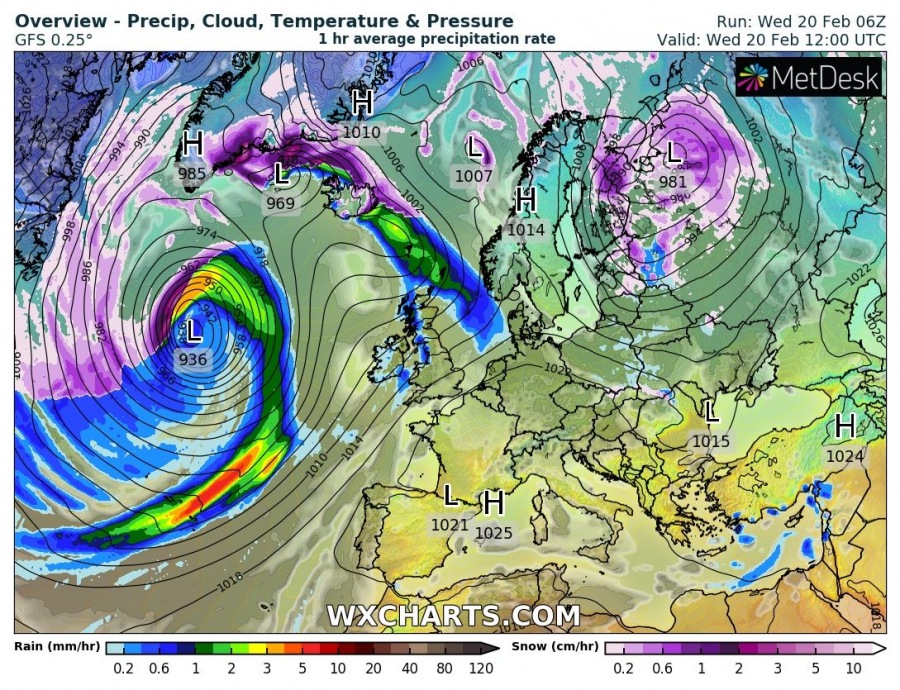 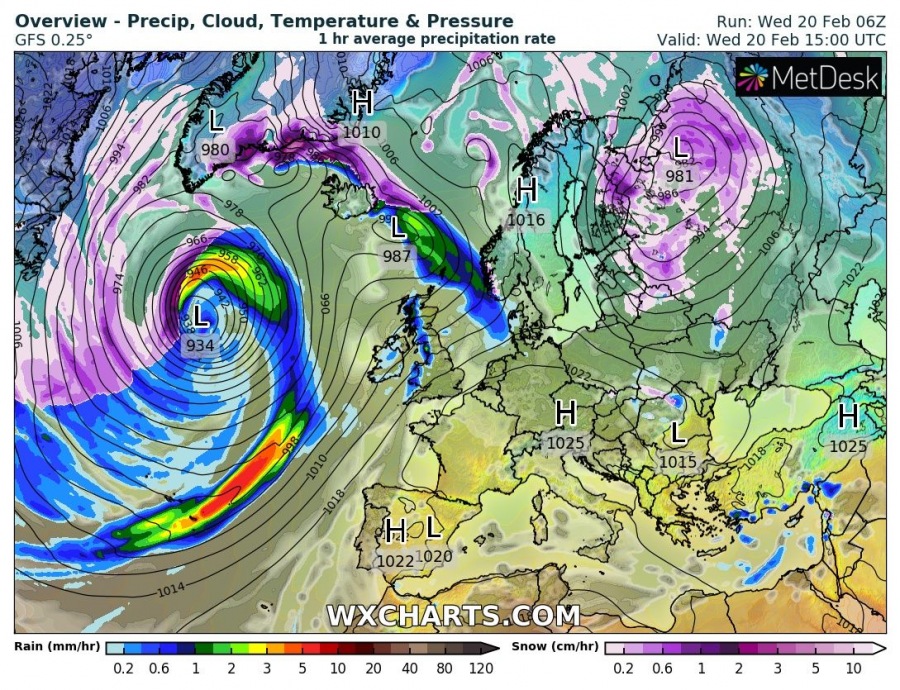 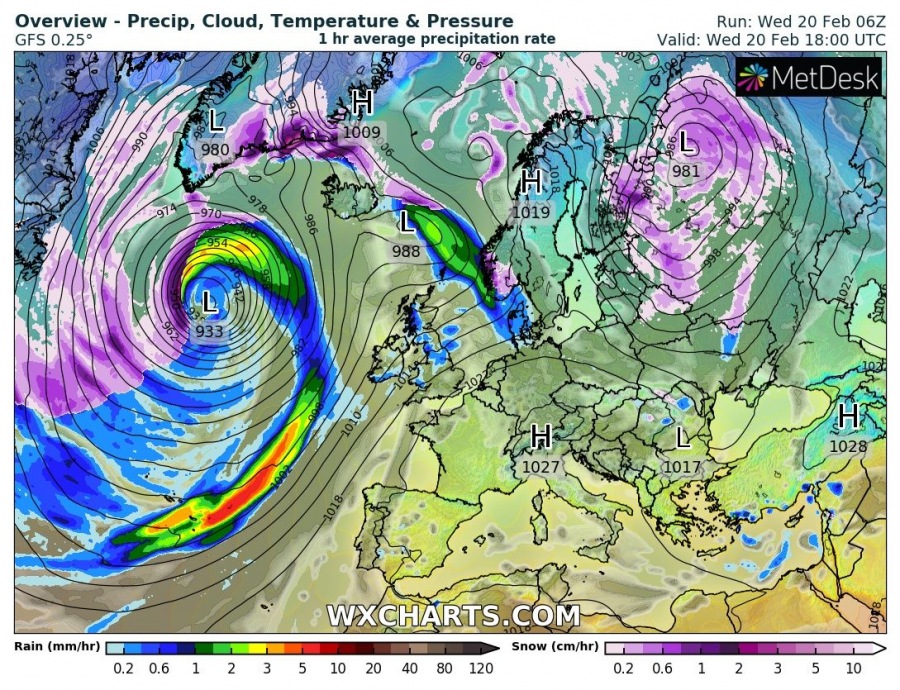 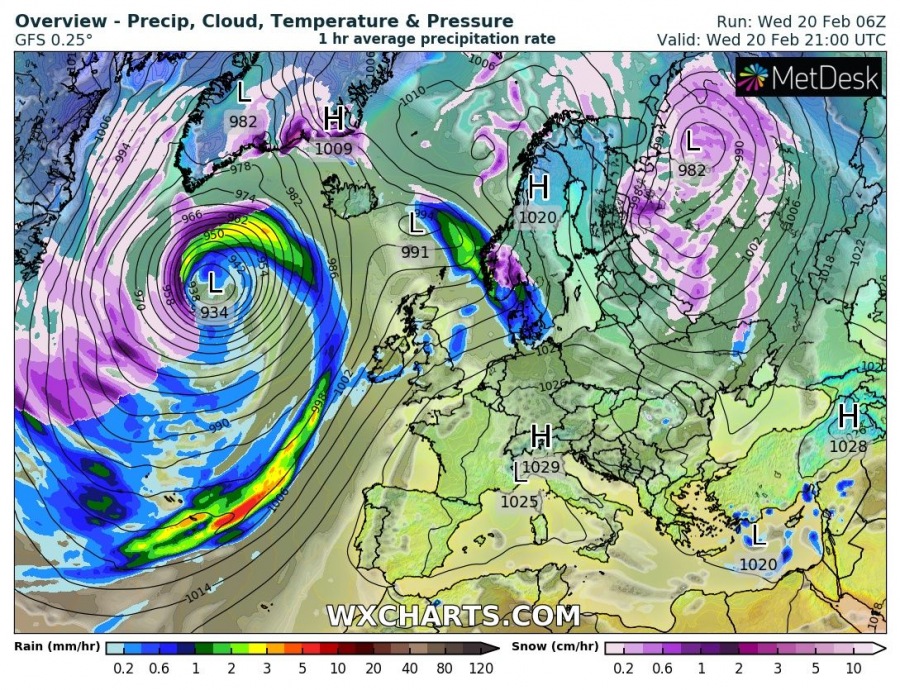 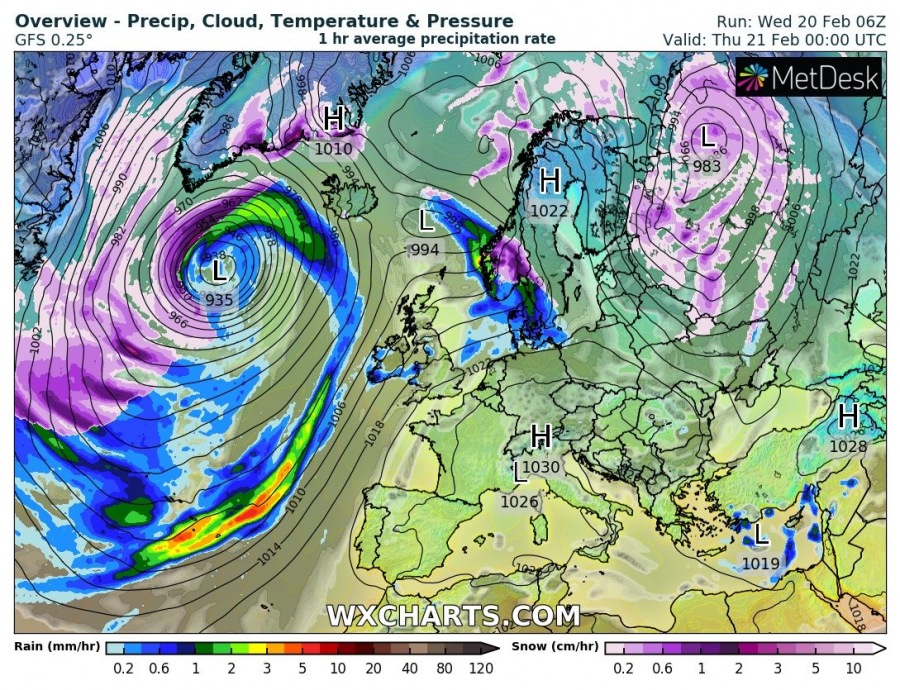 Peak gusts as simulated by GFS model indicate wind speeds up to 150 km/h. These winds will not directly hit western Iceland, but downslope winds in the SSW parts of the island are expected to reach some higher gusts. Severe to extremely severe winds should be experienced across south Greenland. 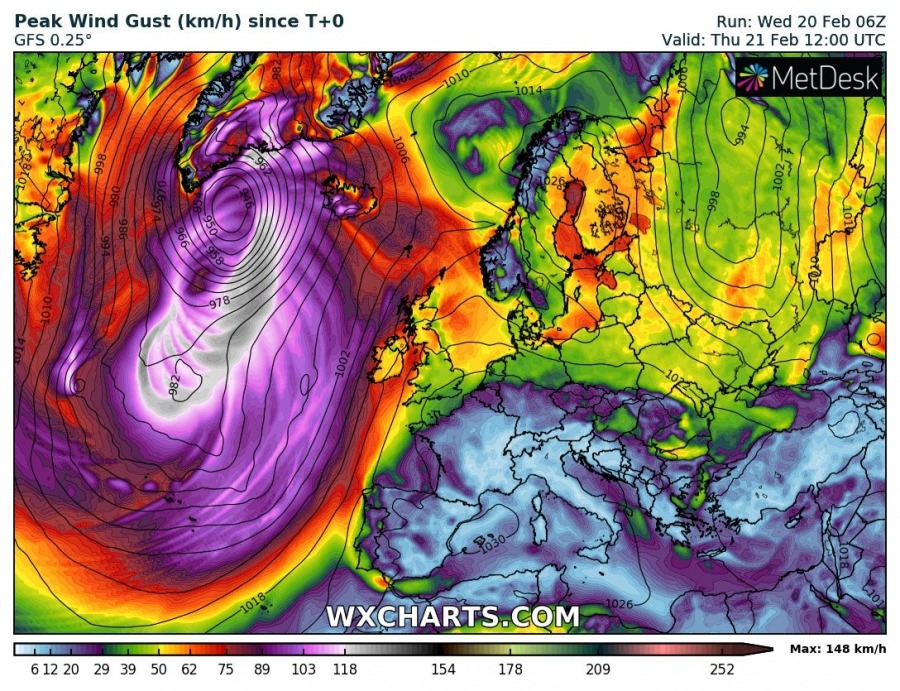 Stay tuned for further updates on this impressive system!