A slowly moving frontal boundary will establish a corridor of training thunderstorms across southern Istra and Kvarner bay, pushing into Gorski Kotar and Snežnik massif of NW Croatia and SW Slovenia. Excessive rainfall will result, with major threat for additional flooding. 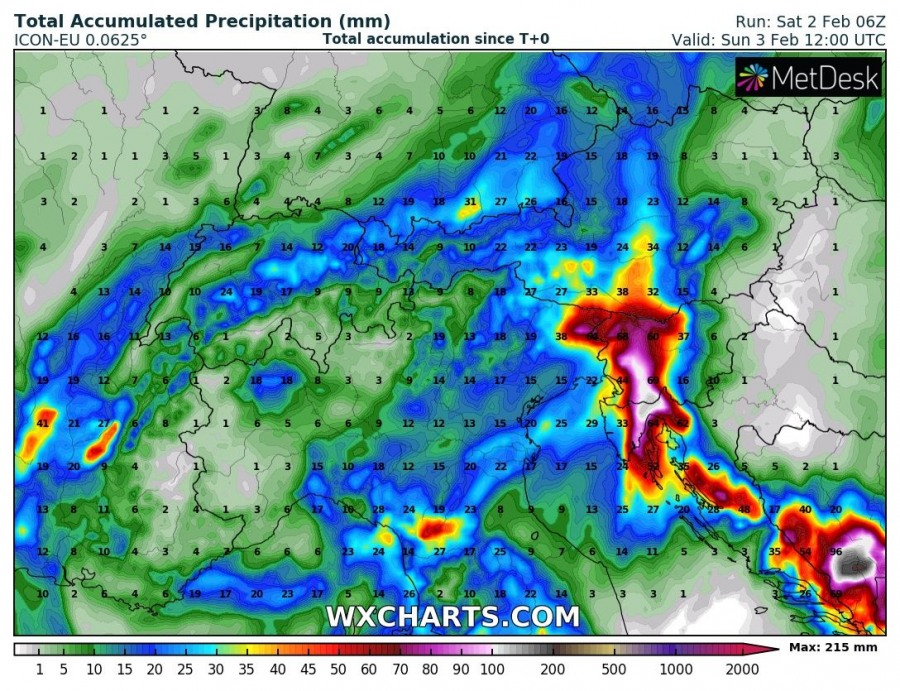 In addition some considerable instability is expected to build up (considerable for early February) with up to 400-600 J/kg CAPE, combining with strong upper level forcing and up to 40-60 kt deep-layer shear. Storms with rotating updrafts are expected as well as enhanced threat for waterspouts / tornadoes. 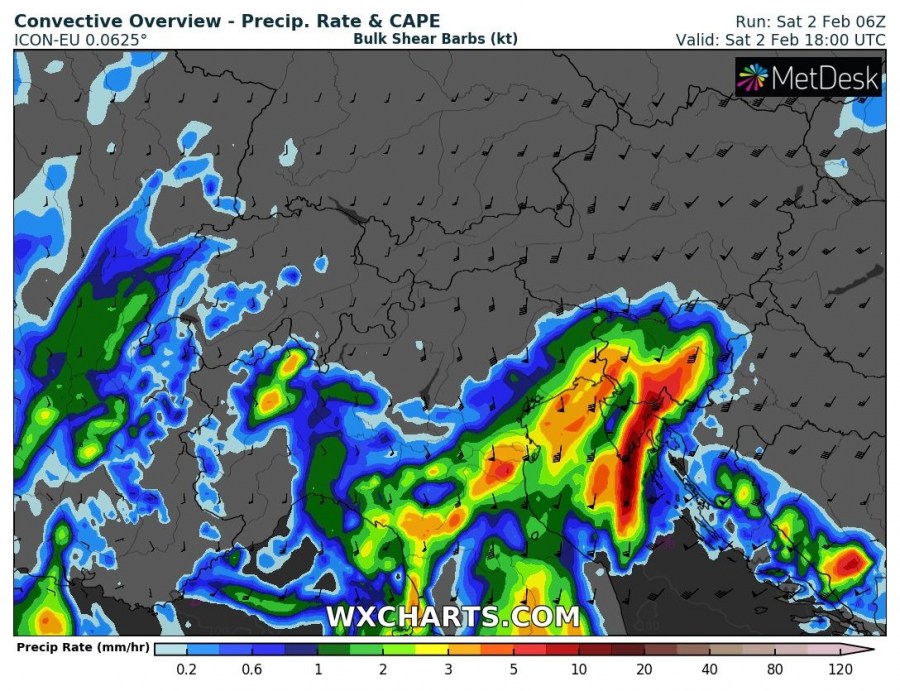 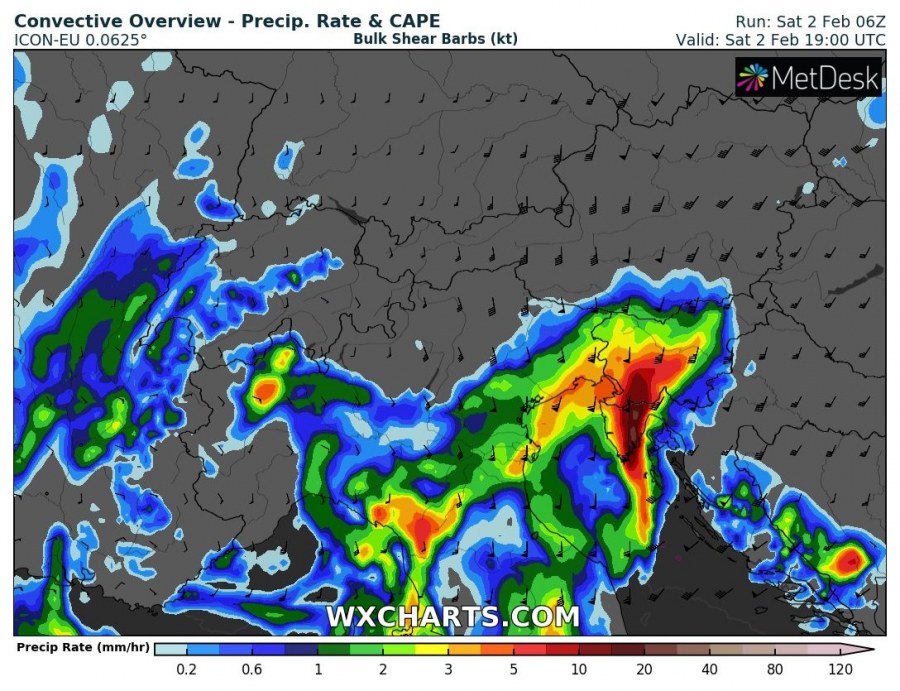 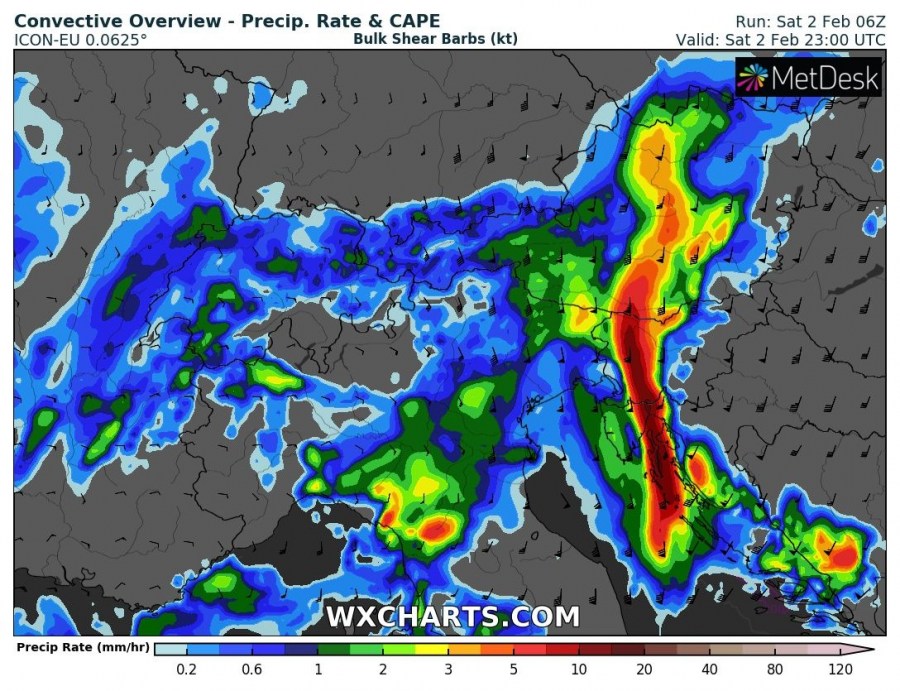