The excessive precipitation event in NE Italy, W Slovenia and NW Croatia is now underway. Latest model guidance is still on track for a major event. Very large amounts of snowfall and rainfall is expected in NE Italy and W Slovenia, with higher elevations receiving in excess of 1 m of fresh snow, locally probably up to nearly 2 m. NW Croatia and SSW Slovenia will be getting mostly rainfall, with some locations in Croatia likely receiving over 300 mm of rainfall. Major flood risk is in place there.

For a general overview of the pattern that is producing this major precipitation event, see these two articles: 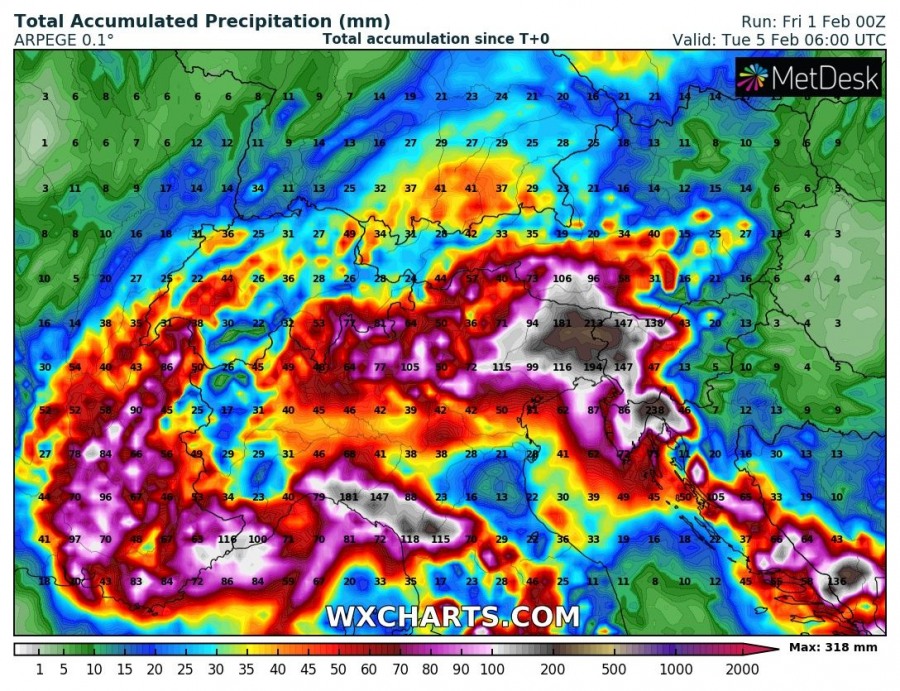