Yes, it’s March 2nd today and we are already in the meteorological spring, but the establishing pattern across southeast Europe and parts of the Balkan peninsula will still bring well above-normal and very warm air mass this week. Parts of the region is likely to experience low to mid 20s afternoon temperatures until Friday!

The supporting pattern indicates a trough entering the Mediterranean through early March, while ridging develops over the southeast Europe. Through the mid-week, trough digs further south into the southern Mediterranean while ridge spreads also in eastern Europe and west-southwest Russia. 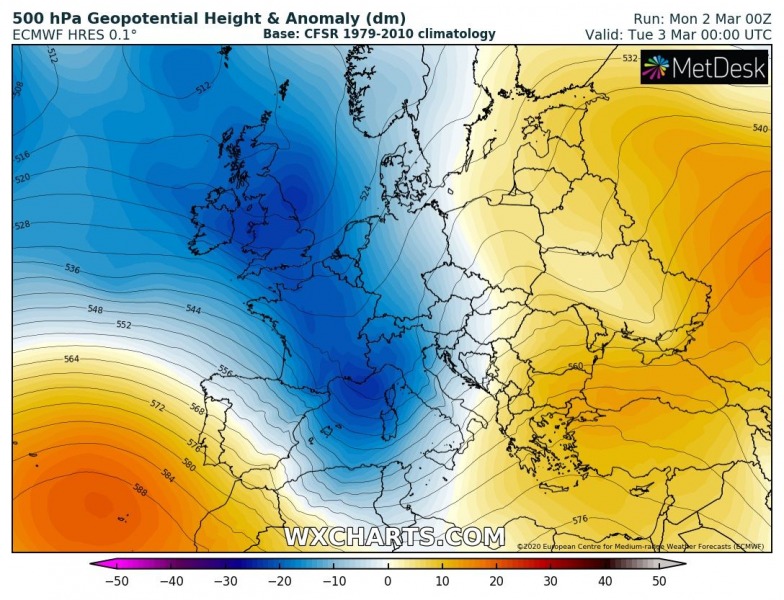 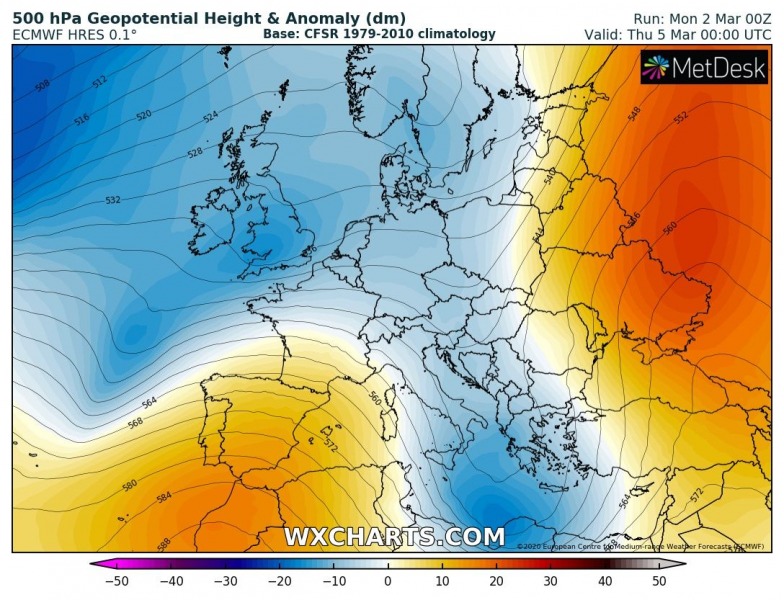 This setup favors strong warm advection ahead of the trough into the Balkan peninsula and the Black Sea region, spreading also into eastern Europe and west-southwest Russia through the second part of the week. Attached is the sequence from Tuesday through Thursday. 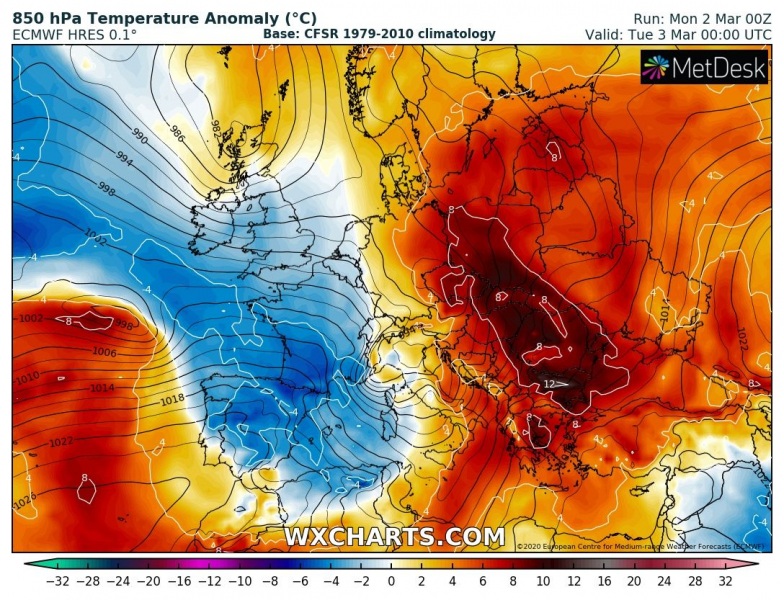 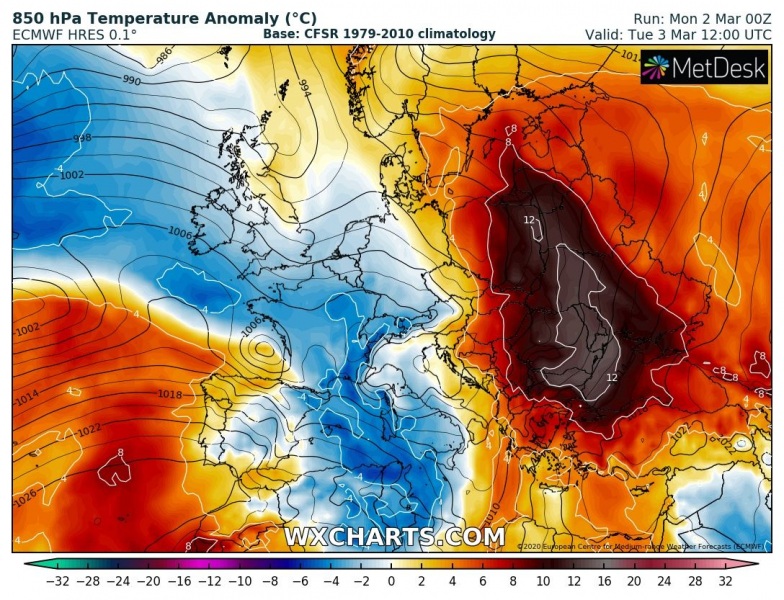 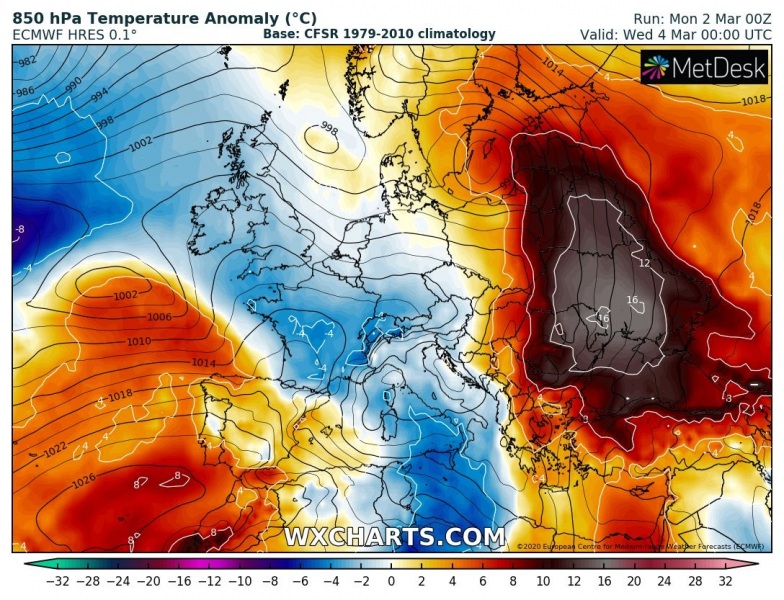 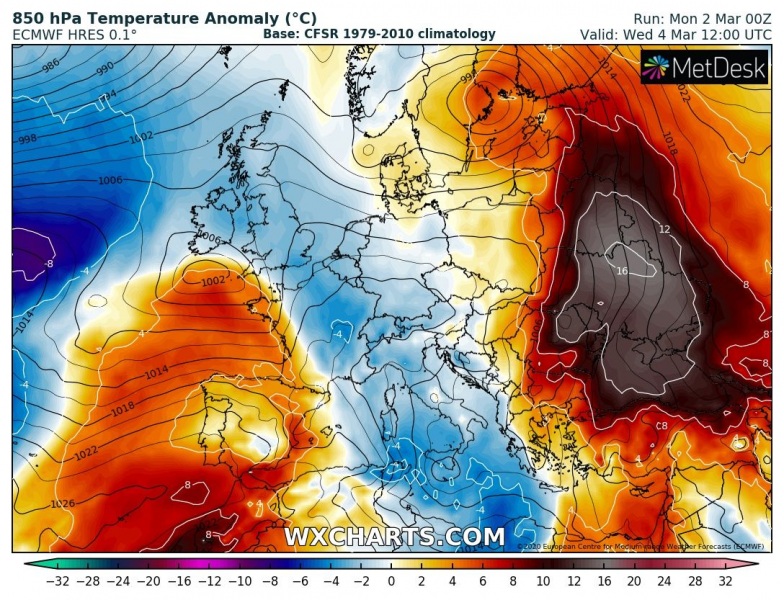 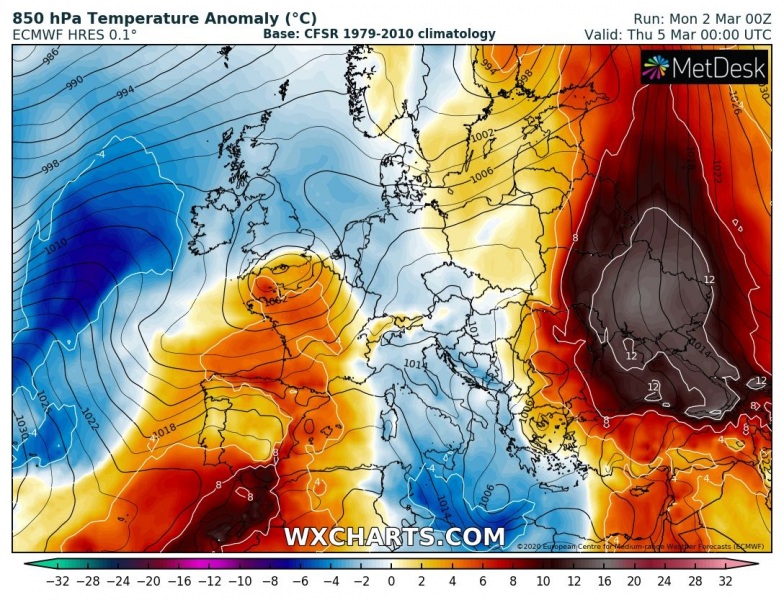 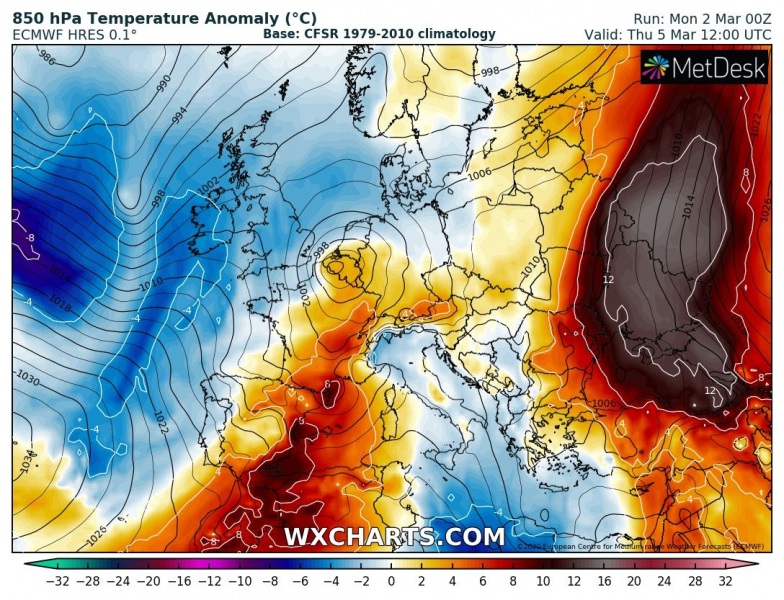 Here is a close-up view over the 2-meter maximum temperatures this week – many locations should experience the low to mid-20s. The highest values are expected over the Danubian plain due to favorable foehn effect with southwest winds from the Balkan mountains ridge into the valley. Attached are also temperature anomaly maps, which indicate the temperatures will be extremely warm for early March nevertheless. 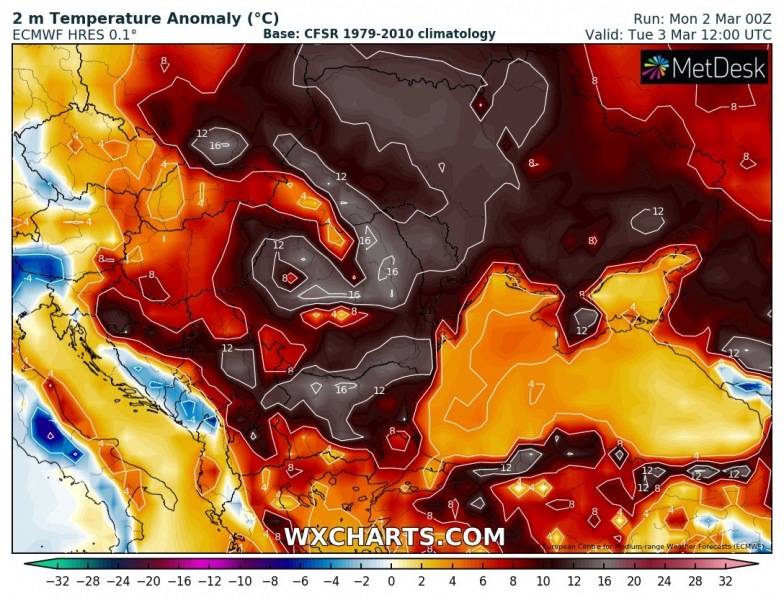 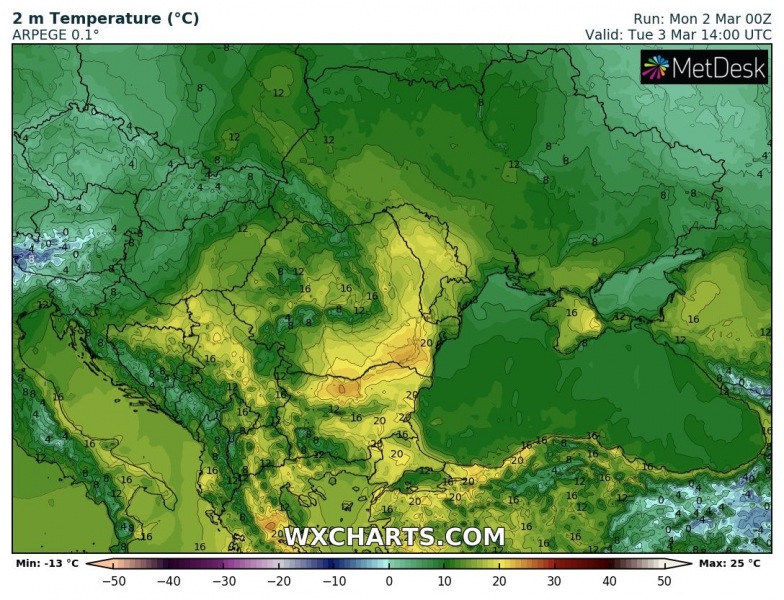 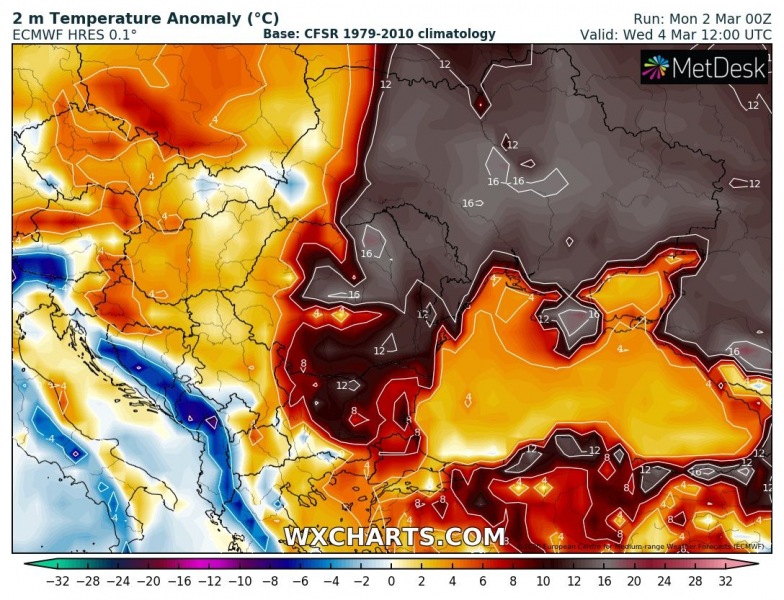 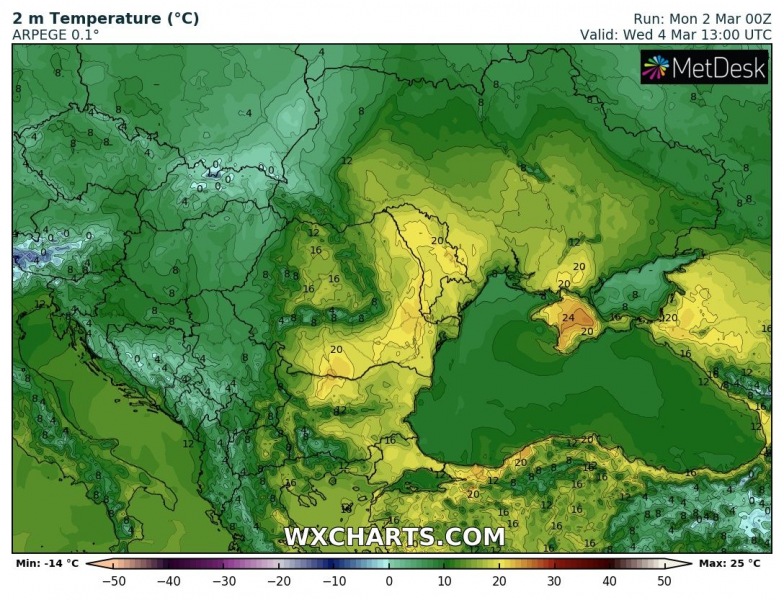 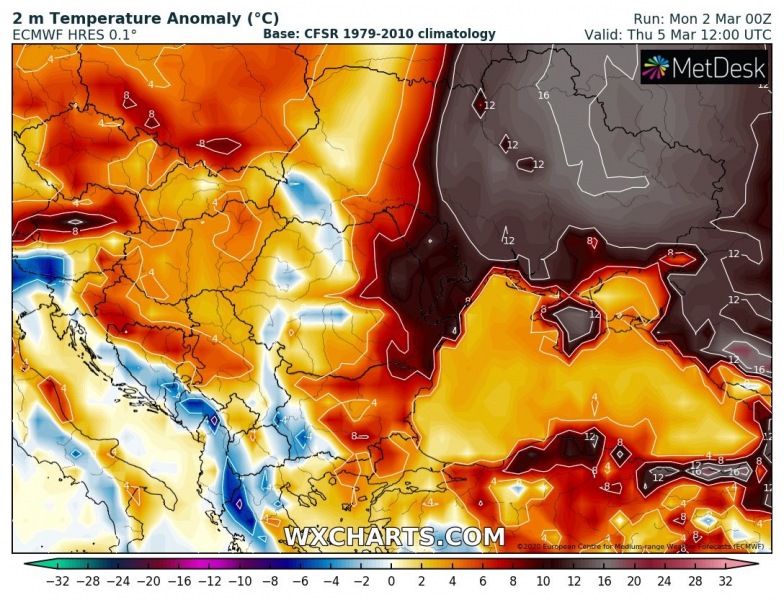 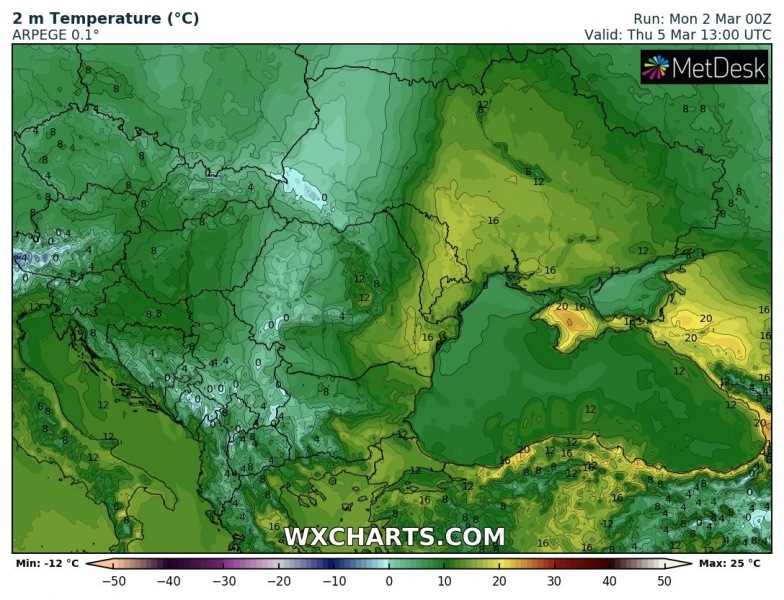 Excessive rainfall with 200-300 mm across parts of North Italy and NW Slovenia until Tuesday, more than a meter (100 cm) fresh snow in the Alps