The pattern through early March is finally changing across central Europe and the northern Mediterranean, bringing much-needed rain into the region. There is quite a significant lack of precipitation since November, as more or less mild and dry winter weather occurred this year. A deep surface cyclone develops across the northern Mediterranean (Genoa low) through Sunday and Monday, resulting in excessive rainfall and locally sums close to 300 mm until Tuesday. Also 50 to more than 100 cm of fresh snow is likely across the southern Alps.

The large North Atlantic trough slowly advances towards southeast this weekend, entering central Europe and the northern Mediterranean on Monday. This results in surface low over the region, with waves resulting in excessive rainfall across northern Italy and northwestern Balkans. 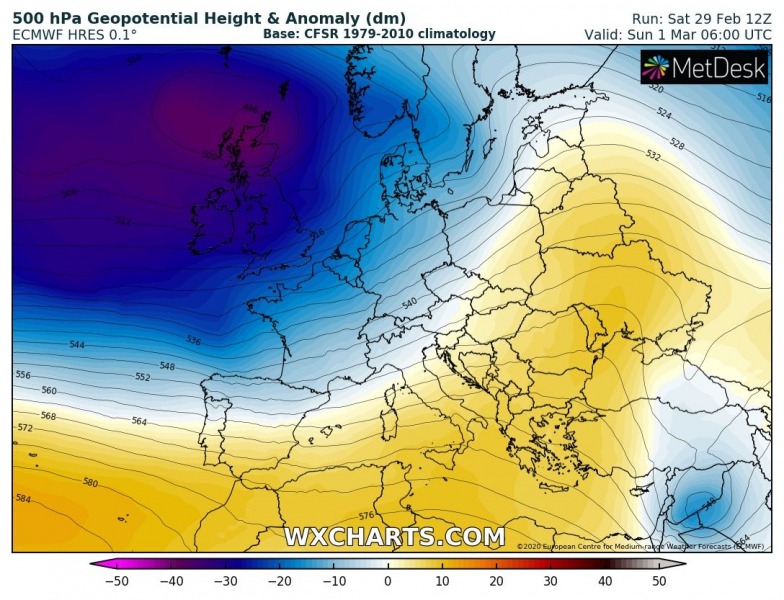 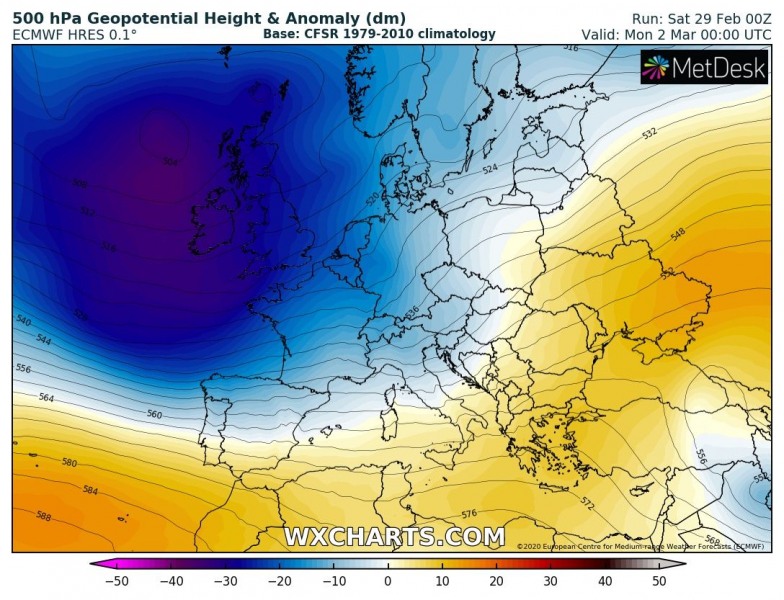 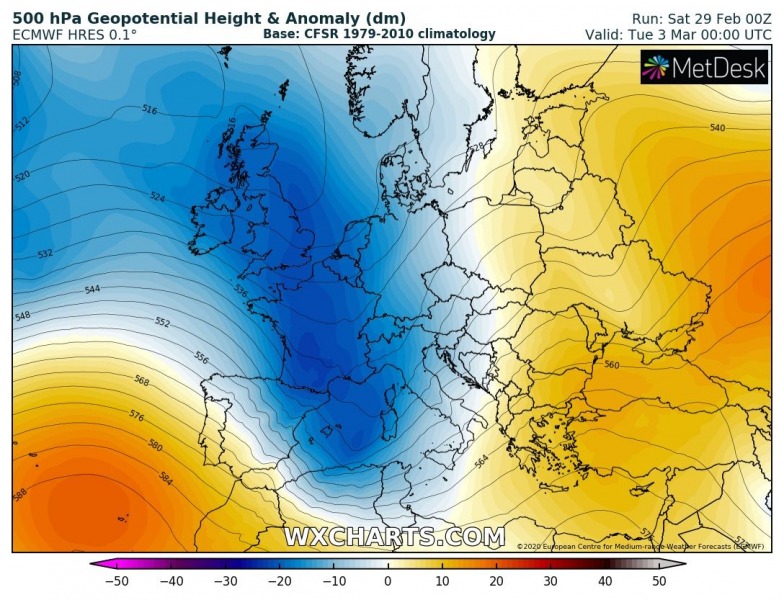 Huge amounts of rain are expected until Wednesday morning, likely exceeding 300 mm in some areas. Especially across northeast Italy, northwest Slovenia and northwest Croatia where orographic rainfall will be maximized. Another rainfall maximum is the northern Apennines, rainfall sums should also exceed 200 mm there. Below are daily details on the pattern evolution from Sunday to Tuesday. 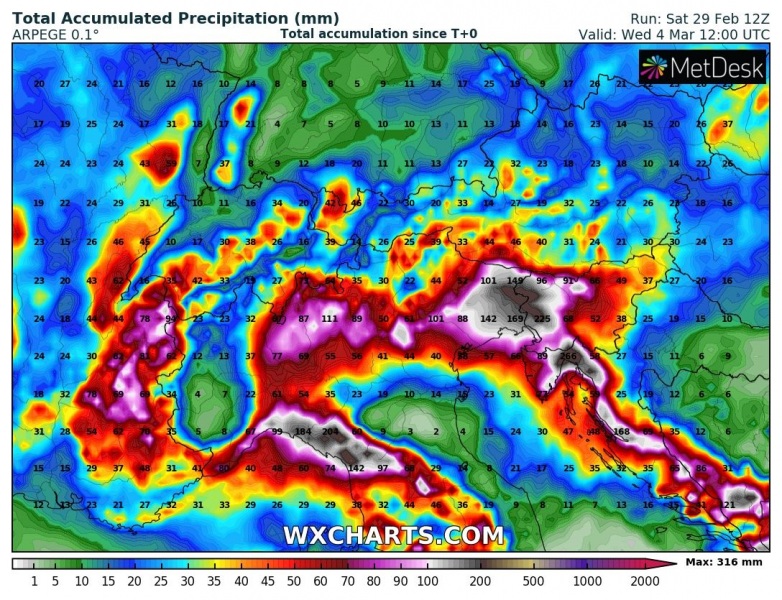 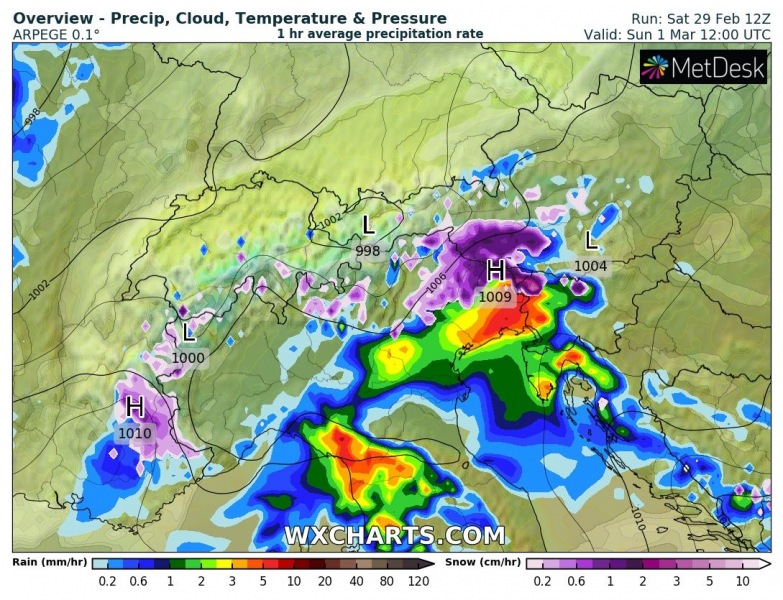 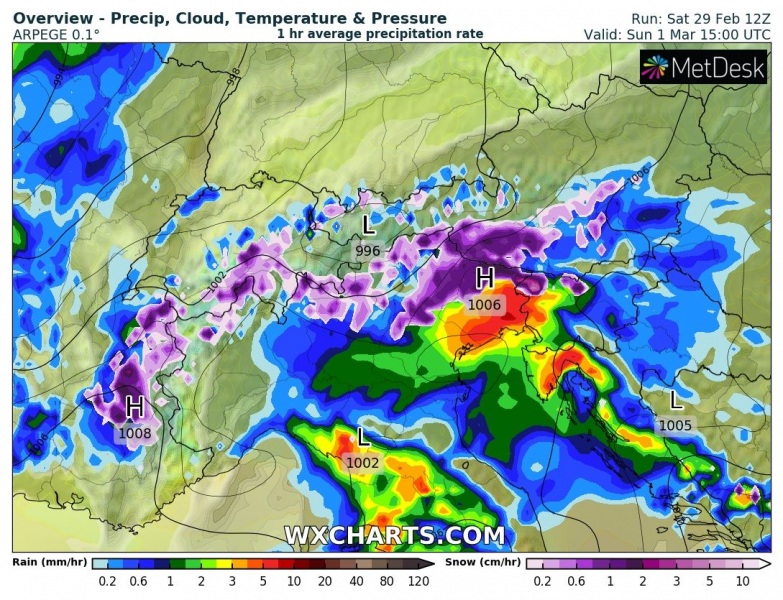 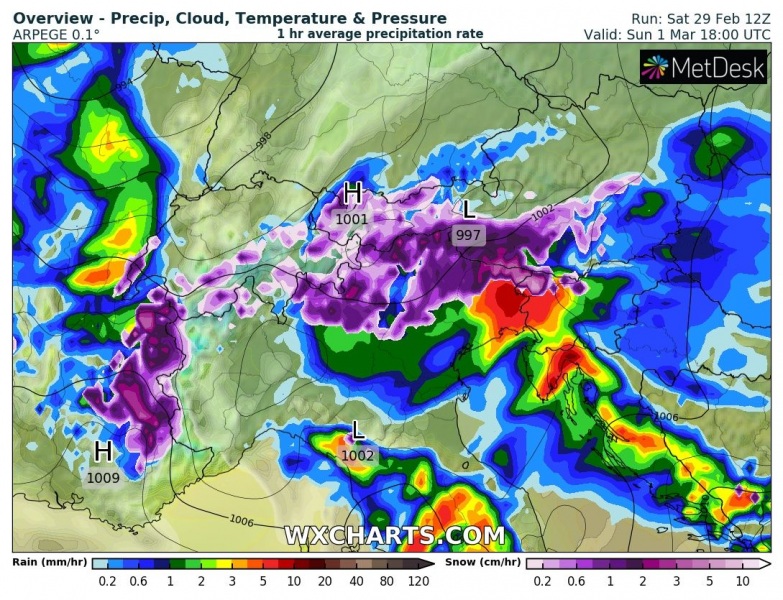 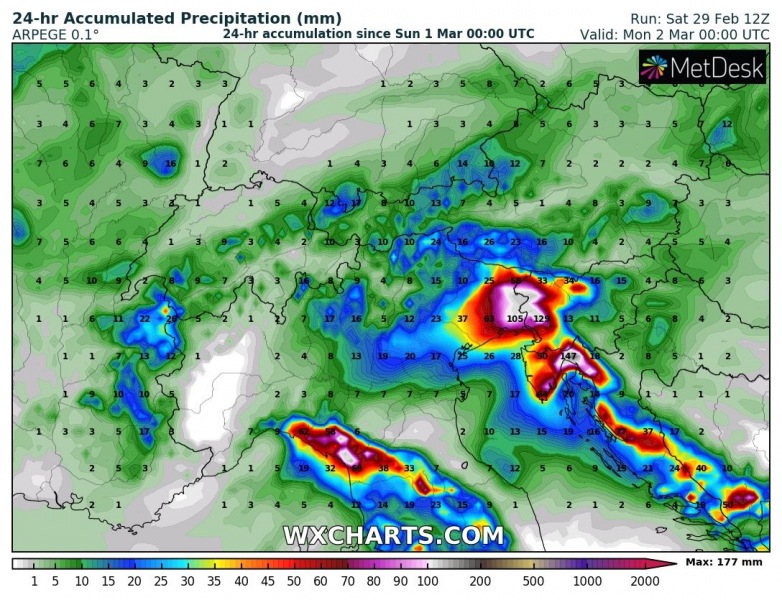 On Monday morning, a second wave enters the NW Italy and western Alps, gradually spreading east across north Italy during the day. A deepening surface depression (Genoa low) results in intense rainfall with flooding potential across the northwestern Apennines. Again, heavy rainfall over the southern Alps. 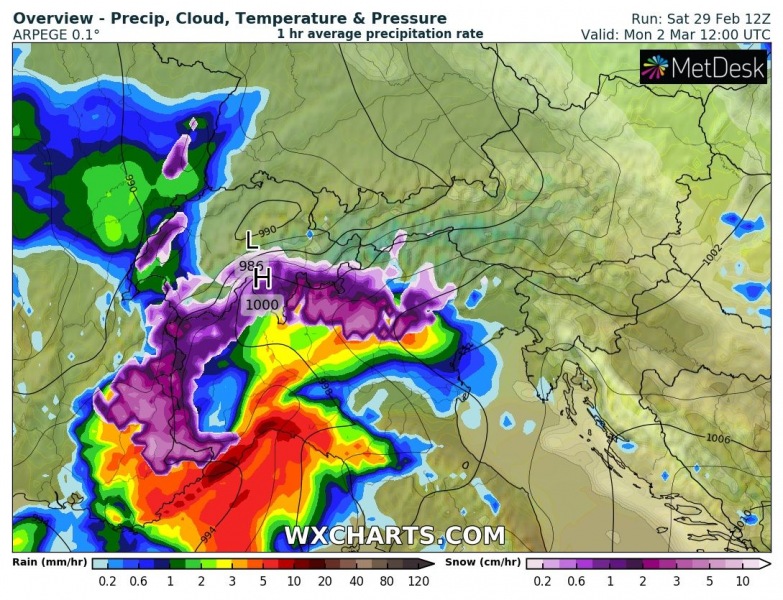 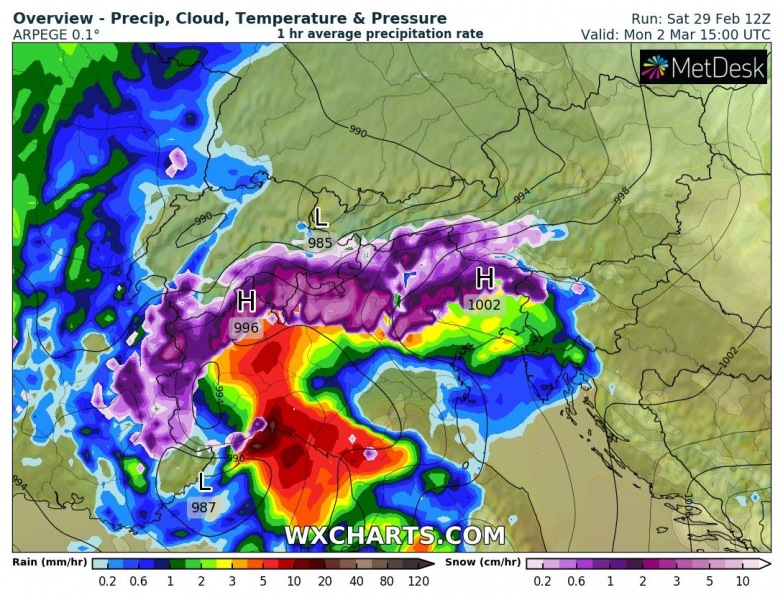 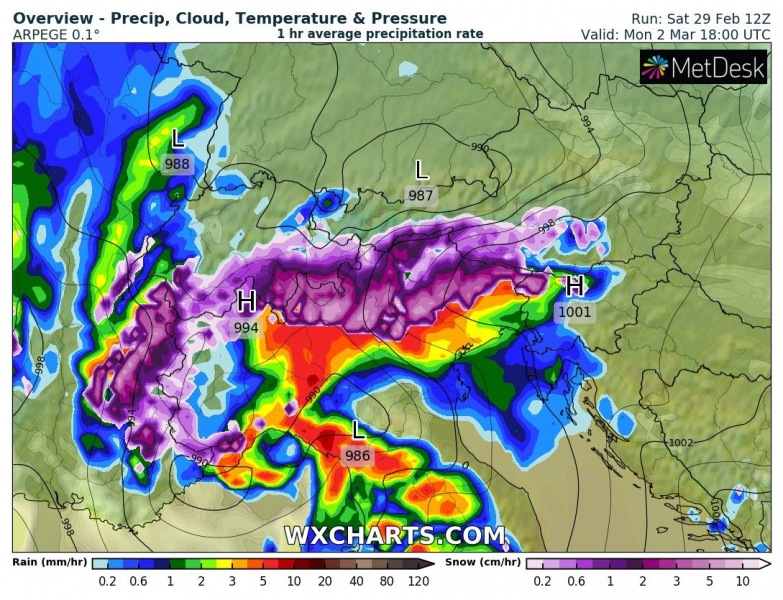 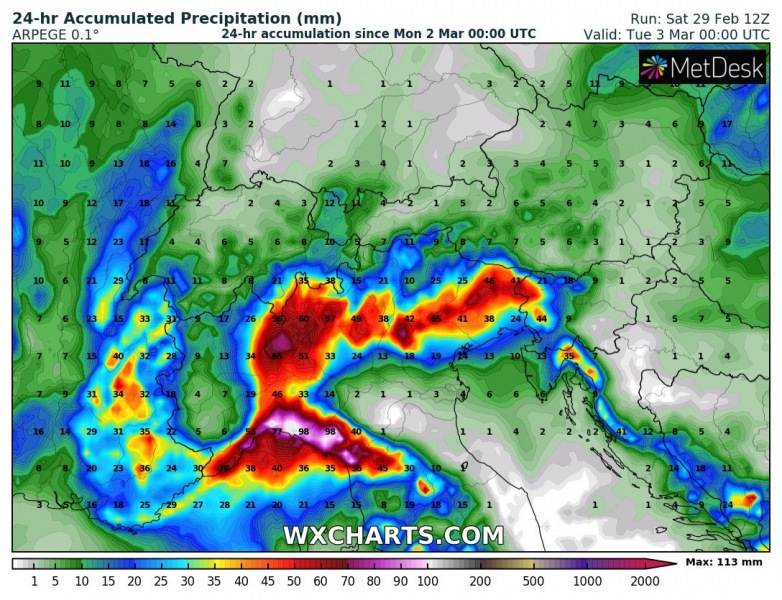 The surface cyclone will be gradually moving east towards the northern Adriatic on Tuesday morning, resulting in intensifying rainfall over Croatia and western Slovenia. Excessive rainfall will spread east during the day while the surface low is occluding. Again, heavy snowfall over the southeast Alps. 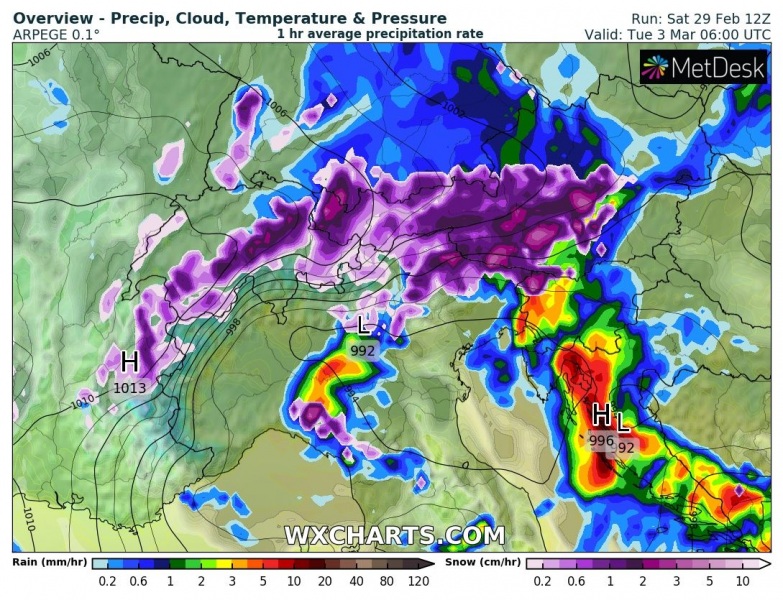 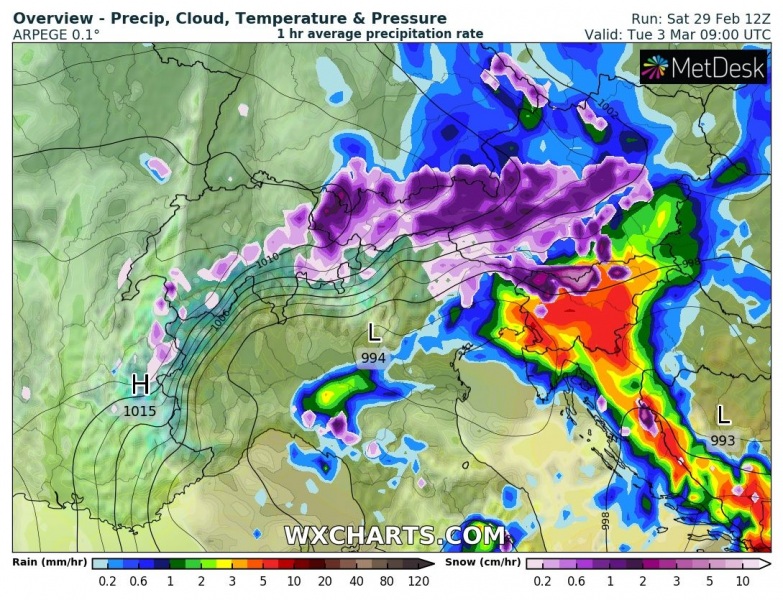 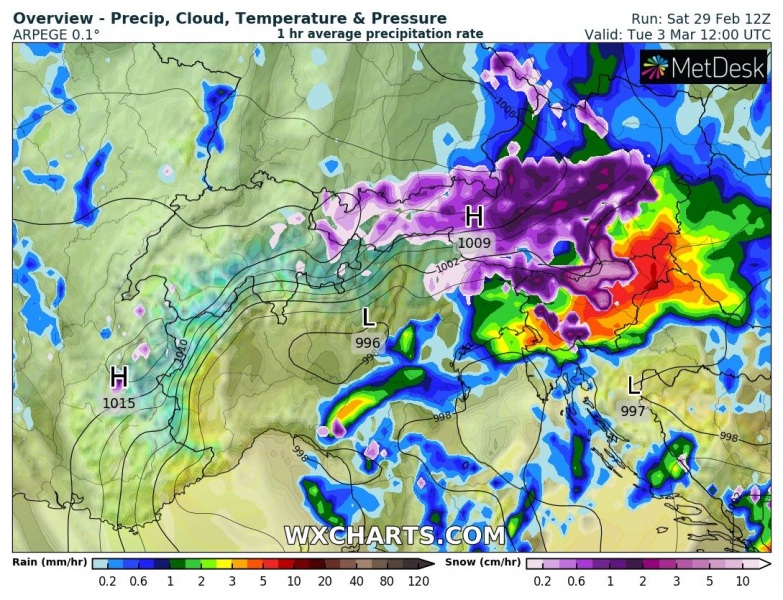 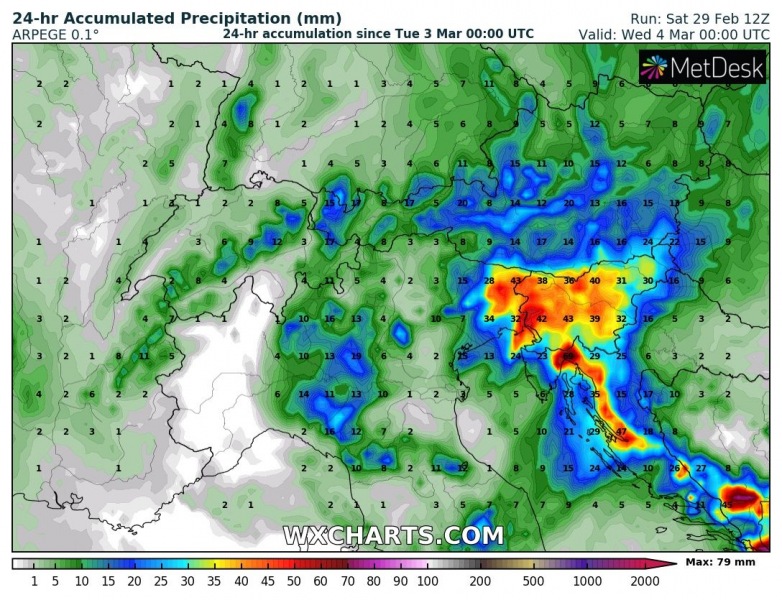 Quite a lot of snow is also expected over the Alps, locally more than 100 cm fresh snow is likely until Wednesday. The highest amounts are expected over the southern flank where the orographic precipitation will be the most defined. 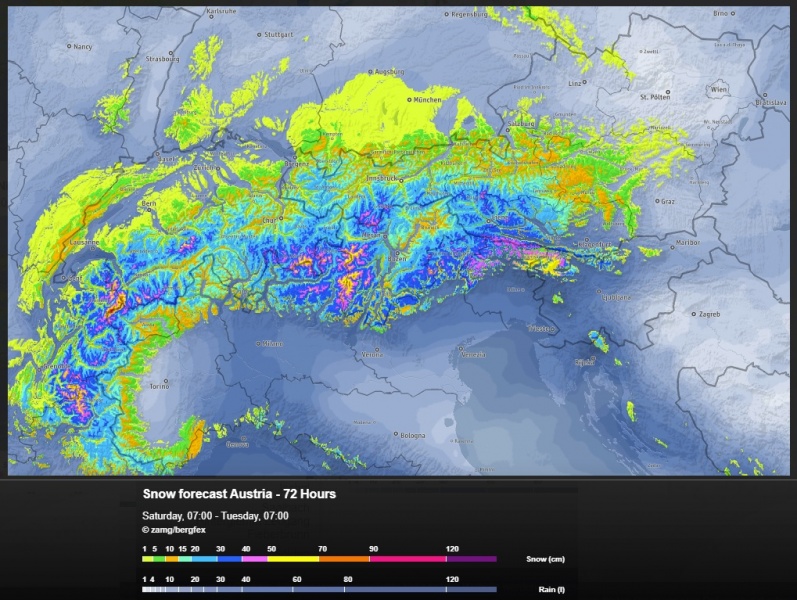 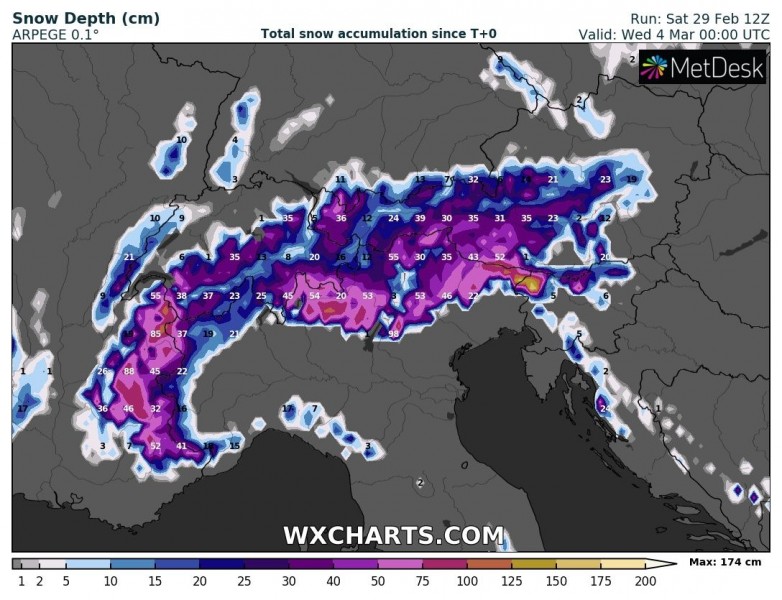