A strong cutoff upper low establishes over the Iberian peninsula and western Mediterranean this weekend. It brings colder and more unsettled weather to the region, with heavy rainfall and snowfall as well as some thunderstorms.

Strong precipitation, mostly rainfall at lower elevations, begins today as the cold front passes across the peninsula. Peak totals are expected over northern and northeastern Spain, where high-resolution models indicate up to 70-130 mm of precipitation (rainfall or equivalent snowfall), locally possibly more. At higher elevations, up to 50-60 cm of snow is expected, although most areas will receive significantly more, up to to about 10-20 cm. The snow limit will be at 2000+ m ahead of the cold front, but will rapidly drop throughout Friday and Saturday down to approximately 600-800 m. Also expect windy weather, particularly along the cold front, with winds gusting up to about 100 km/h. 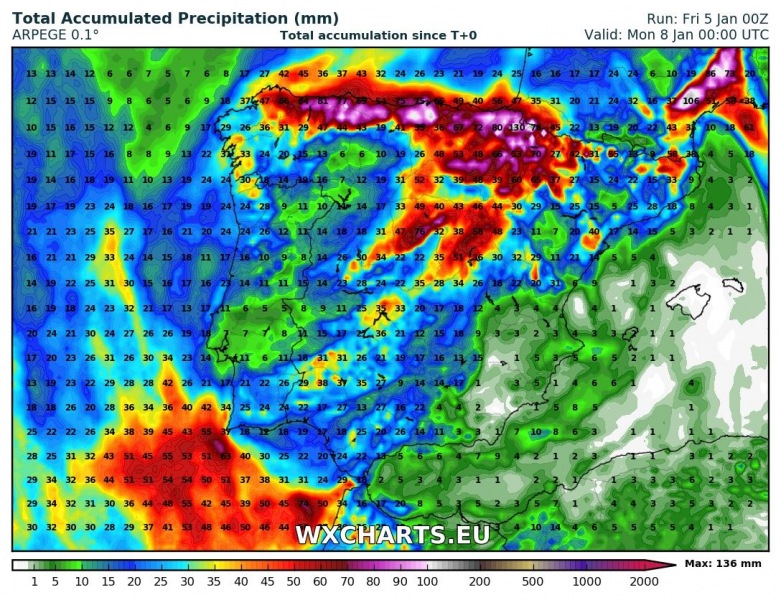 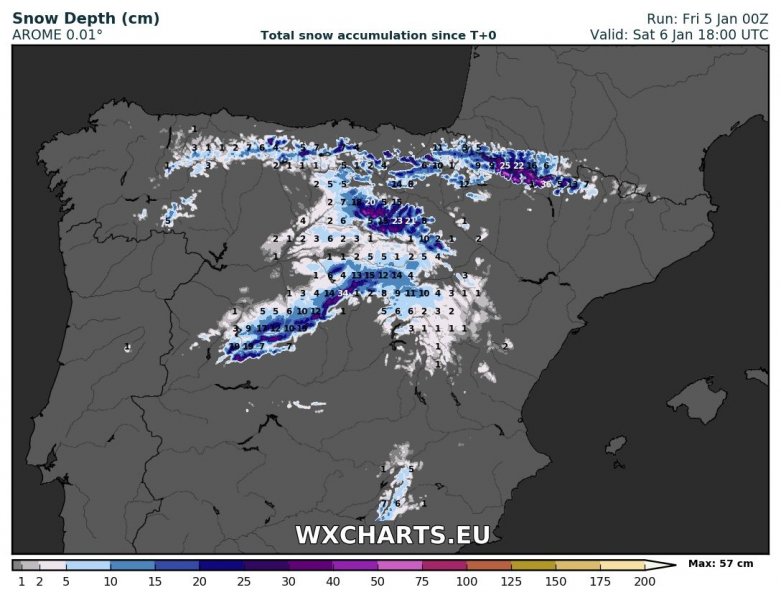 High-resolution models suggest significant instability buildup along a relatively small part of the eastern coast of Spain, particularly along Costa del Azahar and Costa Dorada, with up to 600-1200 J/kg MLCAPE: expect thunderstorms in this area. The cutoff upper low will be rounded by a pretty impressive mid-level jet, up to 50 kt at 500 mbar level, with quite impressive backing surface easterly winds (15-30 kt). The environment will be strongly sheared with up to 50 kt 0-6 km shear available and organized storms will be possible. Currently the main threats appear intense rainfall, up to marginally large hail and strong straight line winds. Quite steep low level lapse rates enhance the possibility of tornadoes. 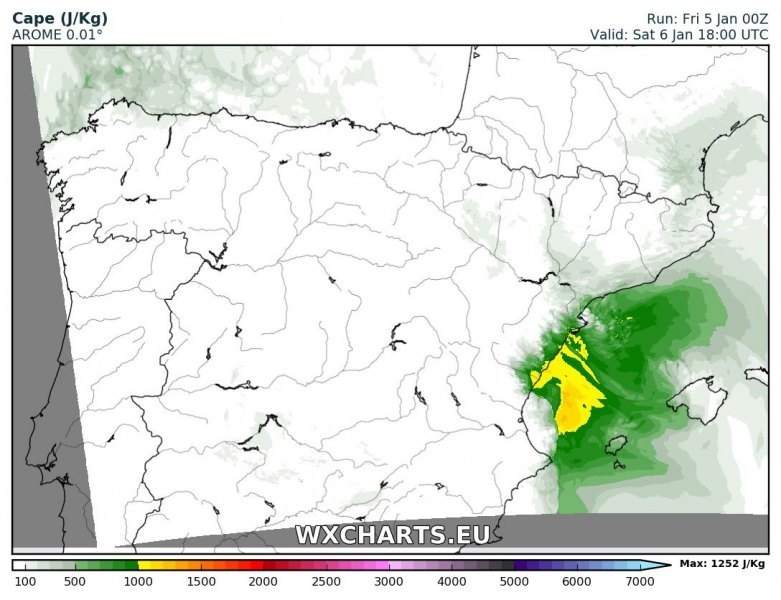