The progressive pattern with numerous successive lows over western and central Europe gives way to one last major trough pushing into W Europe and forming a powerful rex block during the weekend and early next week.

A deep trough advances across the eastern Atlantic over the Iberian Peninsula today, with its associated frontal system producing quite significant amounts of precipitation. A cutoff upper low forms over the region by mid-Saturday, centered over the central Iberian Peninsula. Persistent precipitation is expected to produce to 30-50 mm rainfall (or corresponding snow) and up to 100-150 mm in the extreme N-NE of the country by the end of the weekend. Thunderstorms may be expected along the frontal system as it moves across the still-warm waters of the W Mediterranean along the eastern coast of Spain on Saturday. We will be taking a more detailed look at this later today. 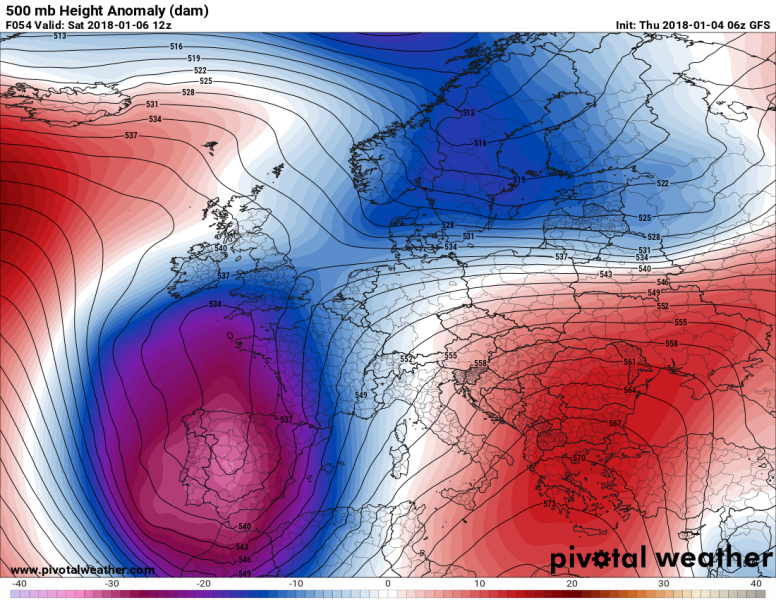