A significant pattern change is coming: the generally unsettled pattern with a rex block over central and southern Europe gradually gives way to a large ridge over much of the continent. Much warmer and stable weather is expected across large parts of the continent next week. Check our pattern overview below for details. 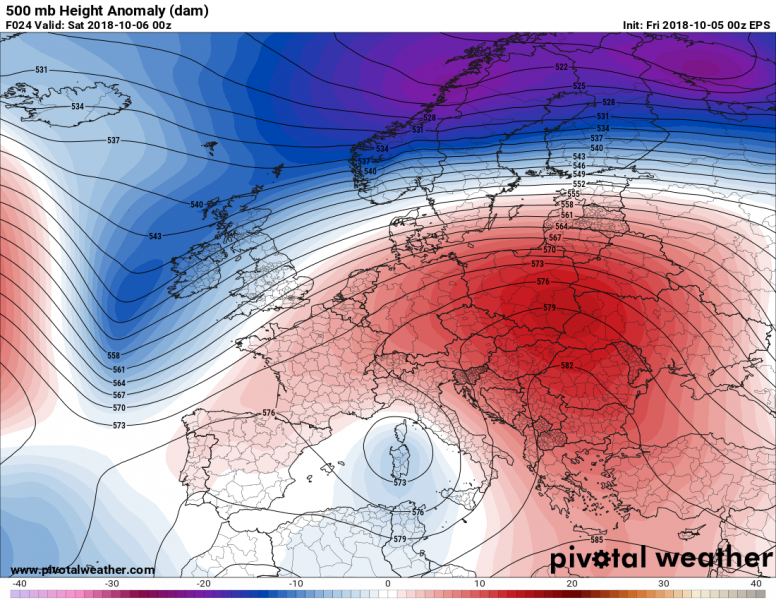 The weather pattern over Europe will be dominated by three systems: the cutoff upper low over the central-western Mediterranean, a strong ridge over eastern Europe and a fairly deep trough over the Atlantic, pushing into the British Isles and another one over northern Scandinavia. The deep low pushes into southwestern Europe, forming a new cutoff low, which merges with the decaying low over the central Mediterranean.Expect well above average temperatures and very warm weather across much of southeastern and central Europe as well as over large parts of southeastern and eastern Europe. This is the result of all three systems: the ridge over eastern Europe, warm air advection ahead of the deep trough over the Atlantic and warm air advection in the warm sector of the cutoff low over central-western Mediterranean. Good overlap of moderate instability and shear across the central and northern Mediterranean, particularly over parts of southern Italy will support further severe thunderstorm, with major threats for torrential rainfall and flooding. 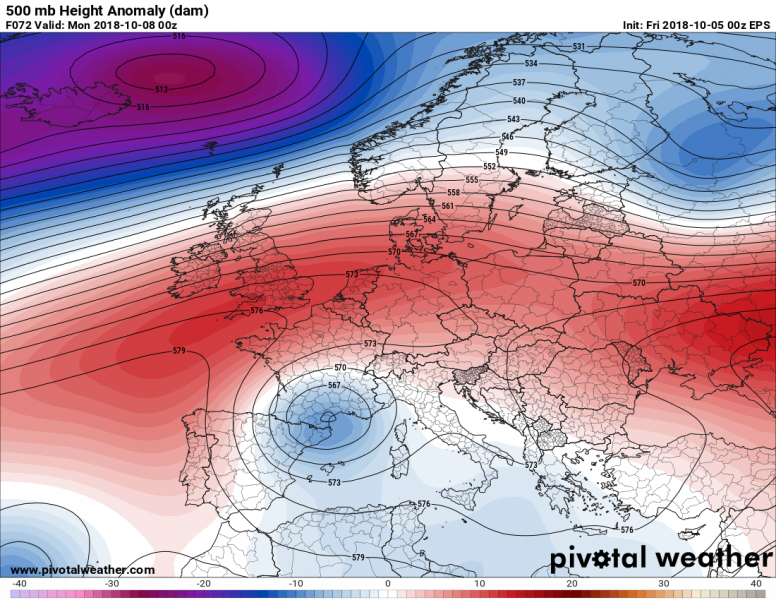 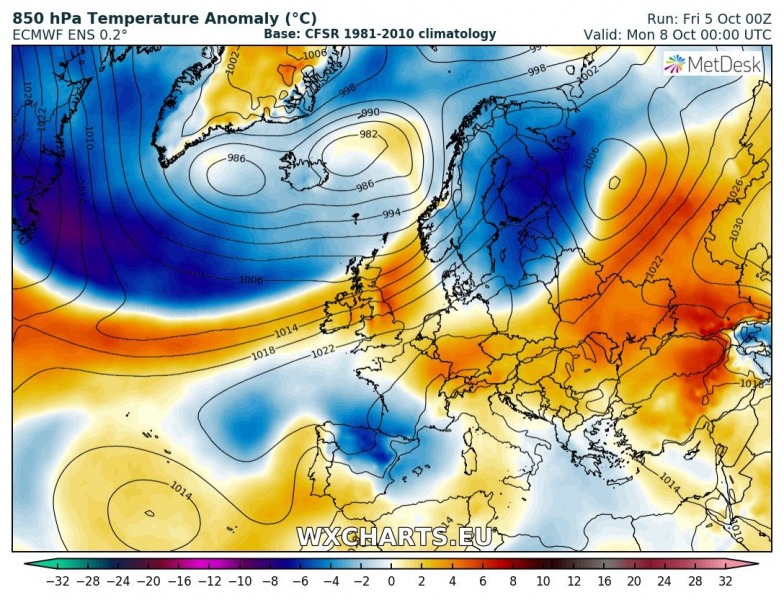 An upper low will be located over the northern Atlantic. An area of moderately high pressure establishes across the British Isles, central Europe into eastern Europe. The cutoff low over the Mediterranean pushes northwestward, towards France. Large parts of central, eastern and southeastern Europe will be warmer than average, including much of the British Isles and Ireland. Central Germany will peak into low 20s, parts of France into mid 20s. The north of Europe and parts of southern Europe will be cooler than average.

The upper low over the NW Mediterranean will affect the coast of eastern Spain, the Balearic Islands and southern France – expect locally up to ~100 mm of rainfall and local flooding. 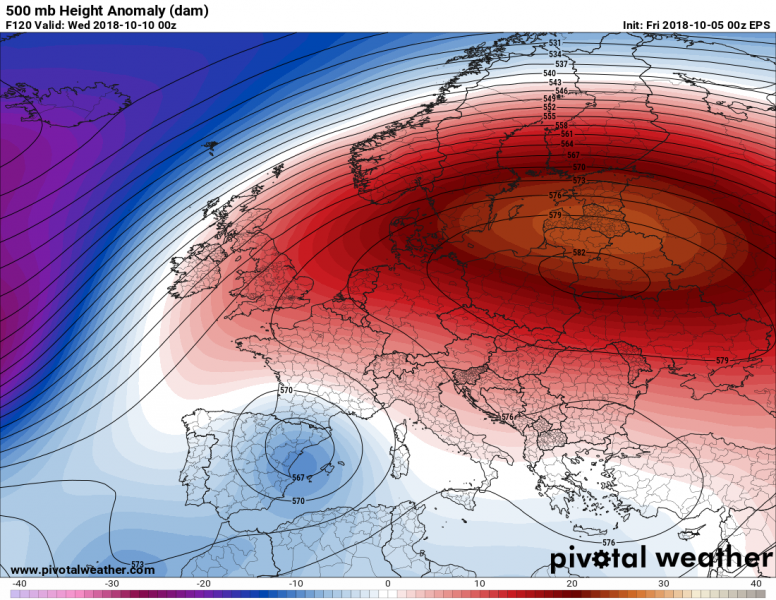 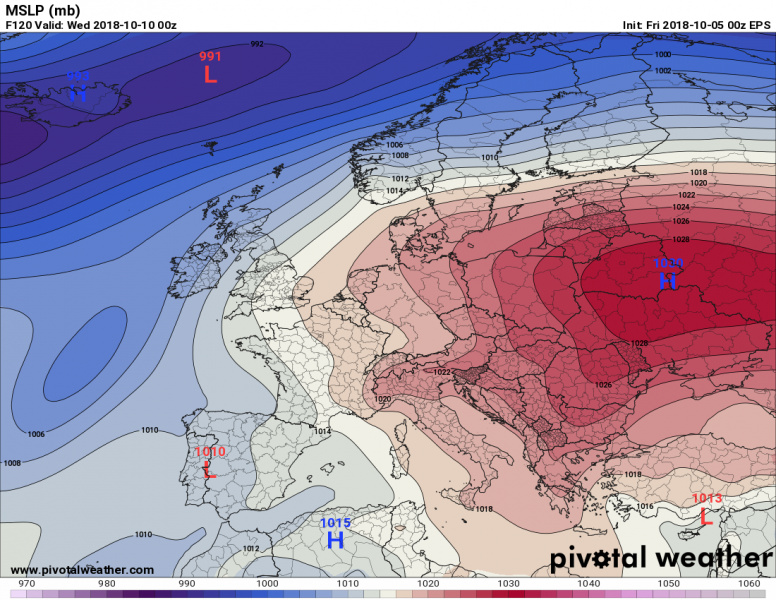 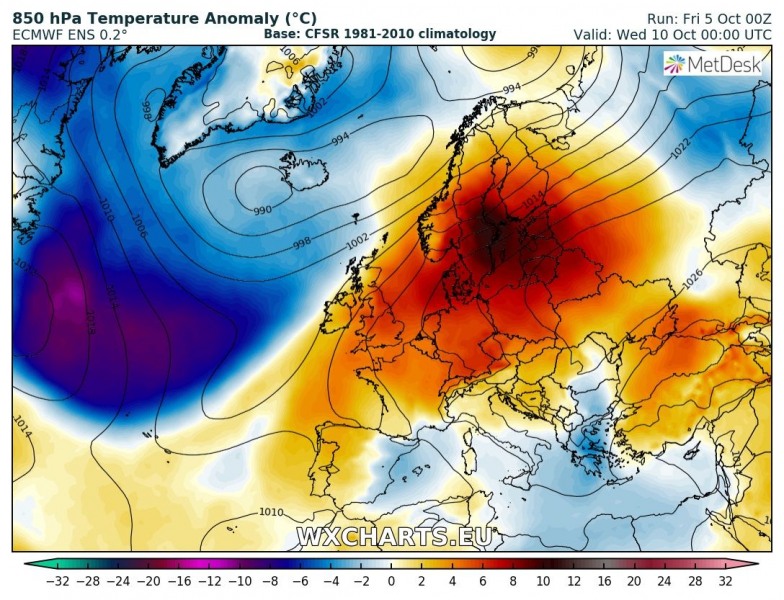 A strong ridge forms over northern and eastern Europe, pushing far into central and even western Europe. A deep trough is located far west over the Atlantic, supporting the predominantly zonal flow into northern British Isles. Meanwhile the cutoff low in the northwestern Mediterranean is pushed further west over the eastern Iberian peninsula. Most of Europe will be warm, with temperatures well above average, particularly over the Baltic region where temperatures will be around 10 °C above average! 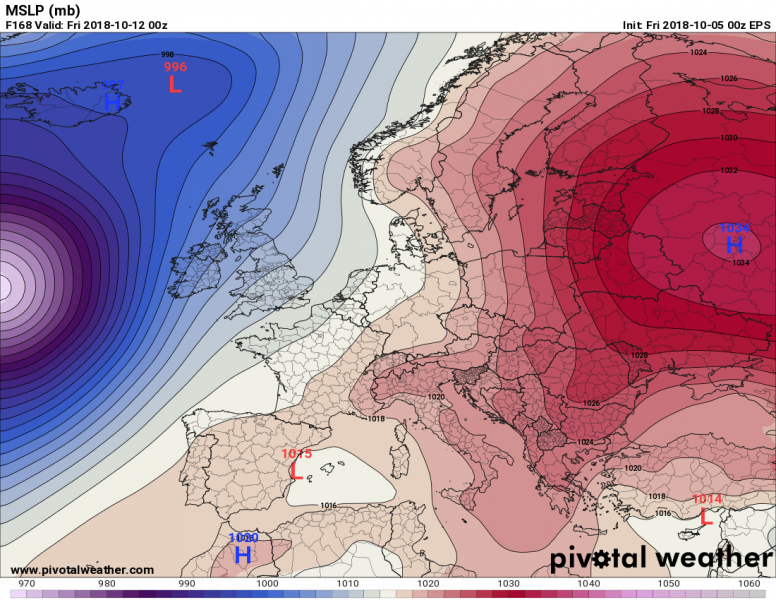 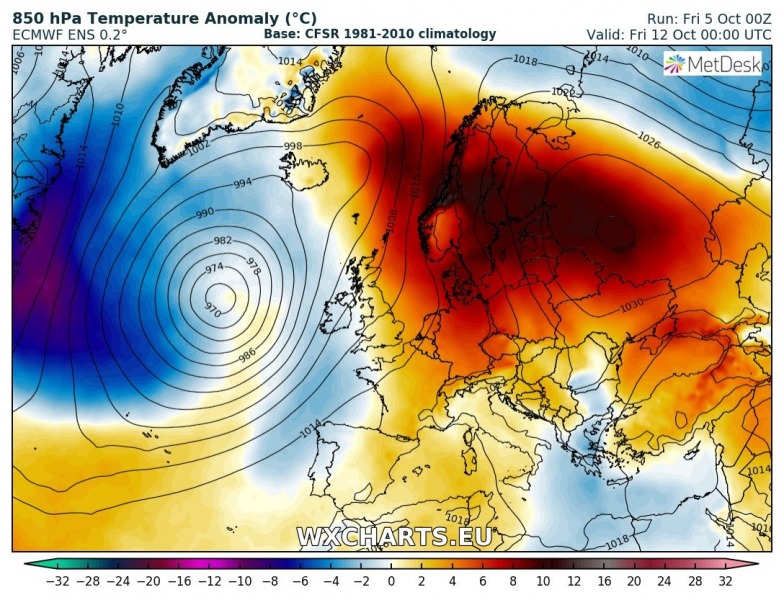 The powerful ridge over northeastern Europe pushes across much of the continent, while broad area of low pressure centered on a deep low establishes over the Atlantic. Much of Europe will enjoy very warm Weather, about 7-10 °C warmer than average for now. Particularly northern Europe will be very warm! Meanwhile the cold front associated with the deep low over the Atlantic pushes into western Europe and brings cooler, unsettled weather. 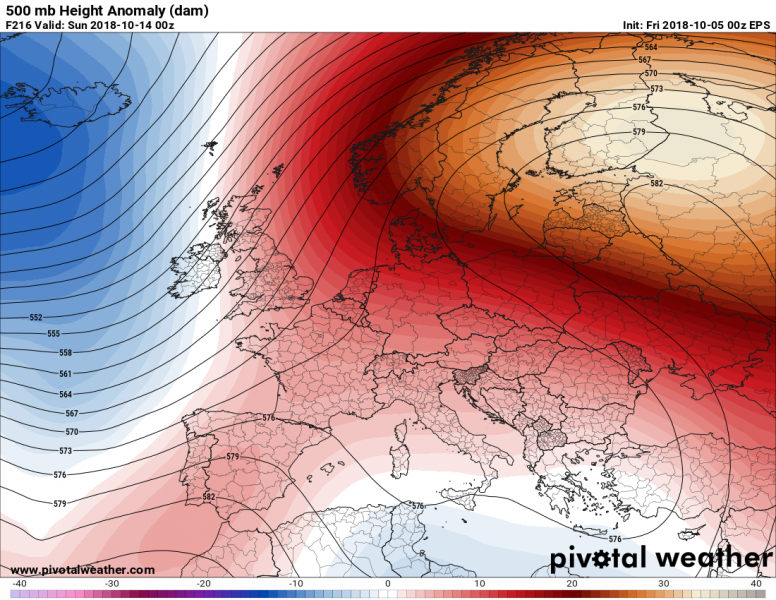 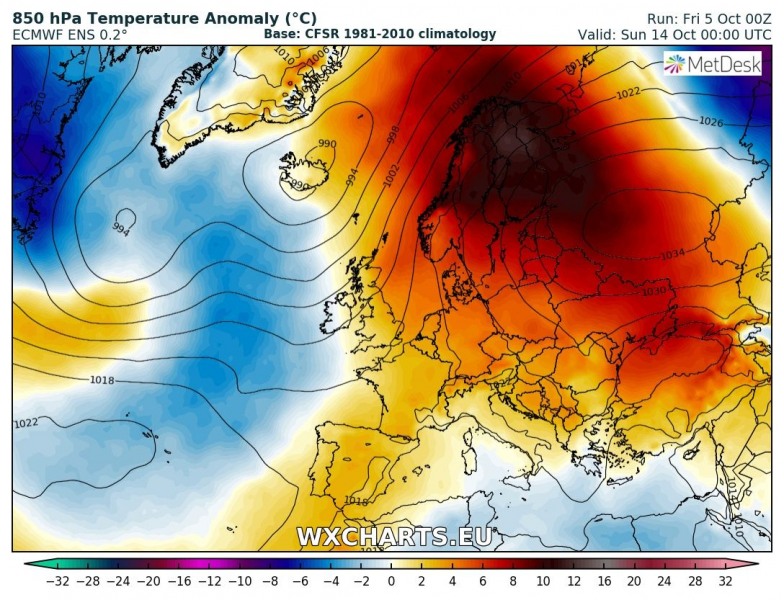 The pattern remains virtually unchanged, with the powerful ridge over NE Europe, extending over much of the continent and the broad area of low pressure over the Atlantic. Most of Europe much warmer than average, northern Scandinavia possibly up to 15 °C above average!

Stay tuned for further updates on the general pattern and individual systems that will affect parts of Europe!