An extended period of rainfall is ahead for parts of the UK and Ireland over the next 4-5 days. Totals may exceed 200 mm in some places. Local flooding is expected.

In response to a shifting pattern over Europe, zonal flow from the Atlantic establishes over the British Isles and Ireland. The sharp cold front and jetstream above will act as a conveyor belt, pushing rainfall into northern parts of Ireland and the UK.

The persistent zonal flow will produce intense rainfall along the orographic barriers over northern Ireland and UK. High resolution ICON-EU and ARPEGE indicate between 100 and over 200 mm of rainfall until late Thursday. 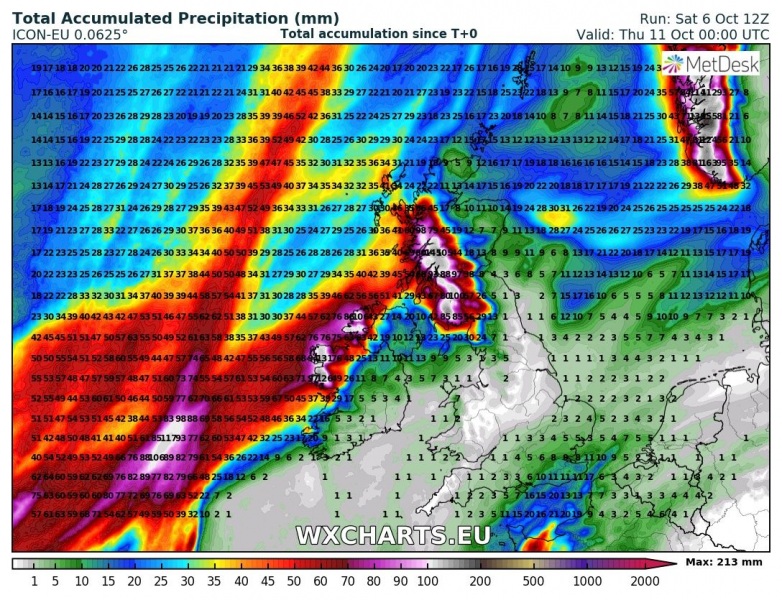 We will be keeping an eye on the developing pattern and providing updates.