A deep and intense surface cyclone is moving into western Europe this morning, with its central pressure near 970 mbar. It is delivering severe winds and high waves along the western coasts of across Ireland, Wales, and Scotland. The further northeast move of the system should also bring severe winds into part of England on Saturday.

This system was rapidly intensifying yesterday morning, and reached its peak near 965 mbar in the afternoon hours. The lowest pressure was 965 mbar. It is now stable around 966 mbar while system continues further north, centered west of Scotland. The central pressure change between May 20th 12 UTC and May 21st 12 UTC (24 hours period) was an impressive 27 mbar. That is well beyond the rapid intensification threshold of 24 mbar drop in 24 hours! The most rapid pressure drop was overnight yesterday – 20 mbar change in 12 hours:

Satellite imagery is indeed very spectacular. The cyclone is very large, covering part of the North Atlantic and western Europe. The cold is already moving across the North Sea and southern England. A pronounced dry intrusion is visible between the center low and the cold front. Attached are visible, infrared and water vapor satellite channels. 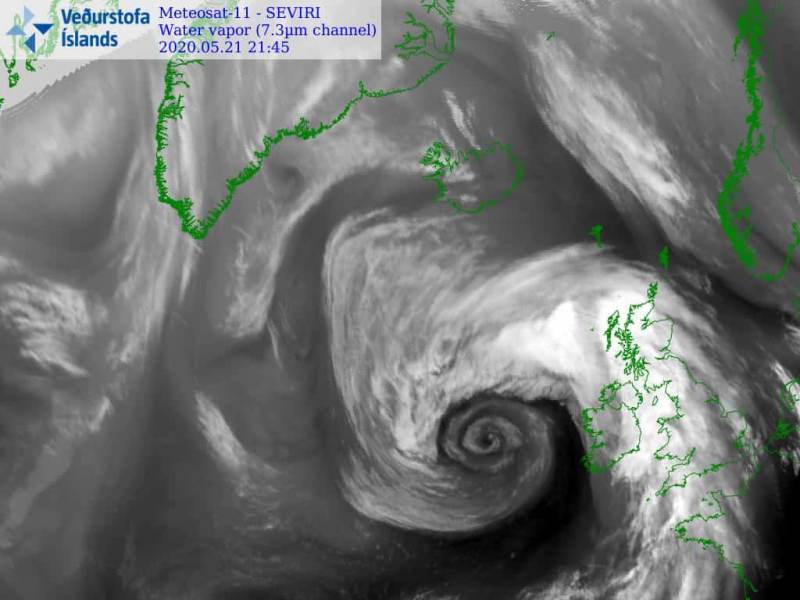 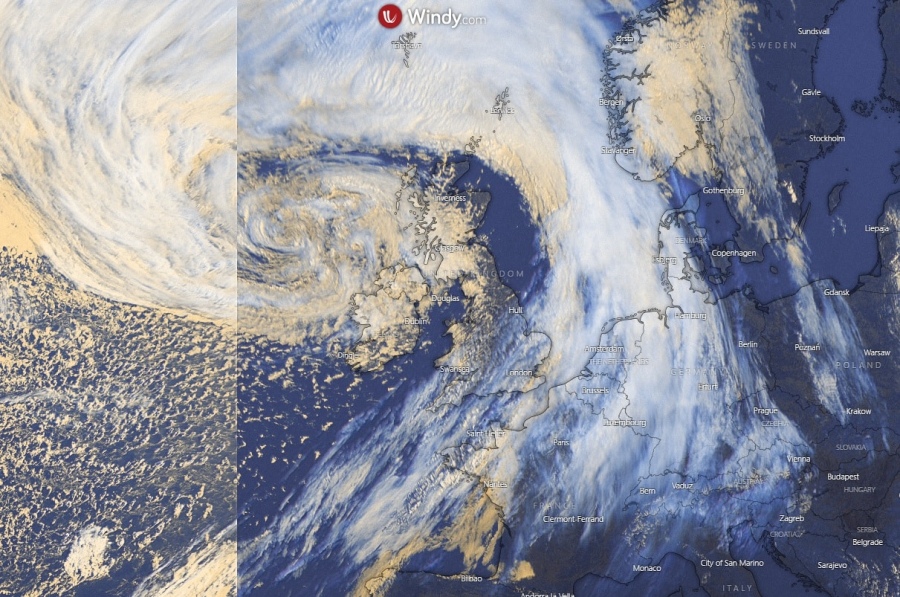 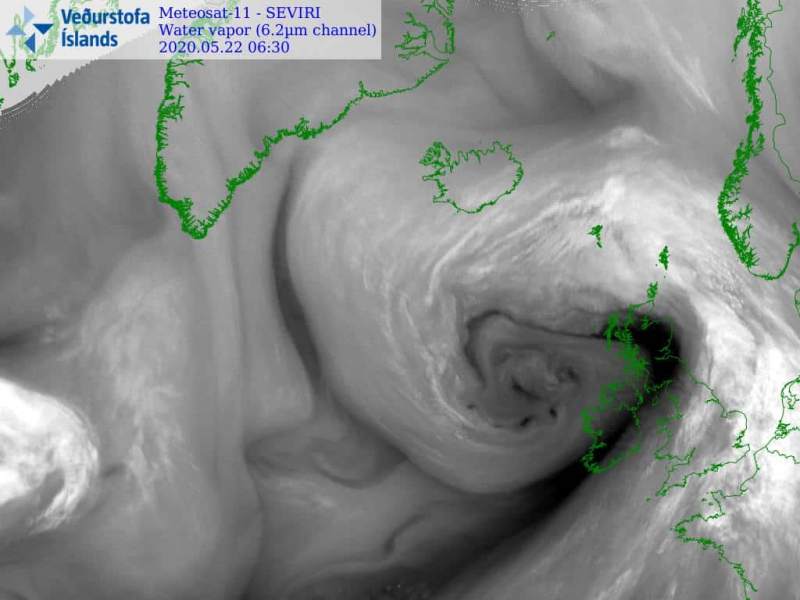 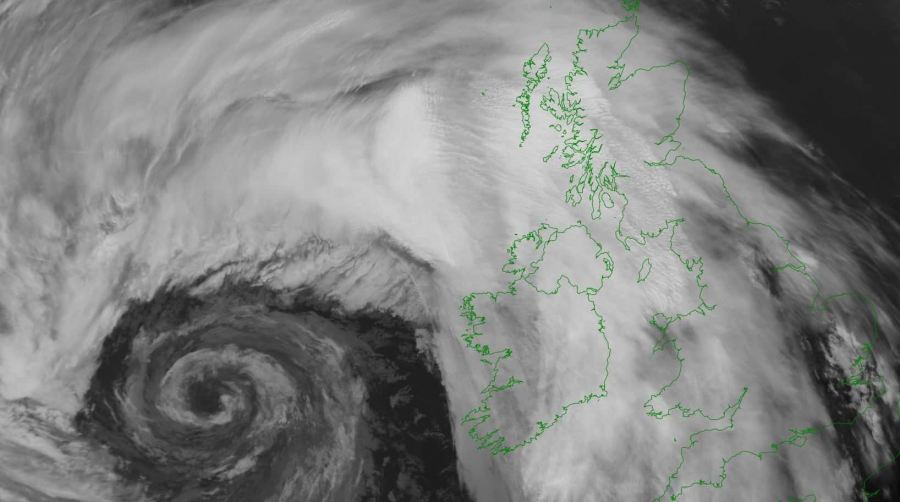 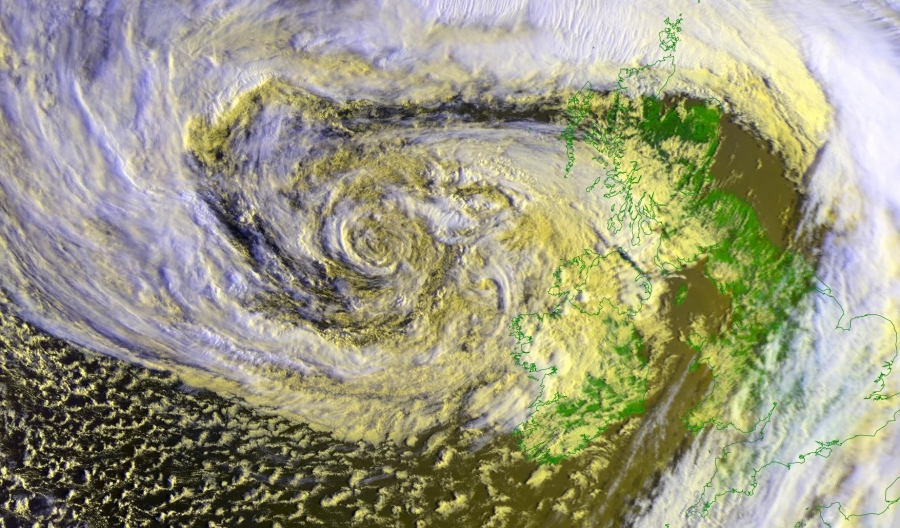 There is a strong pressure gradient between the center of the low and the UK and Ireland this morning. This is resulting in severe winds locally. Up to 115 km/h was reported along western Ireland so far, 166 km/h in the Scottish Highlands. 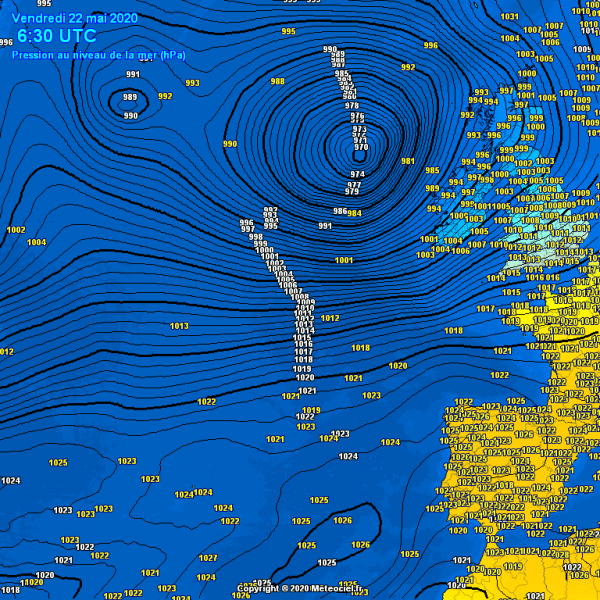 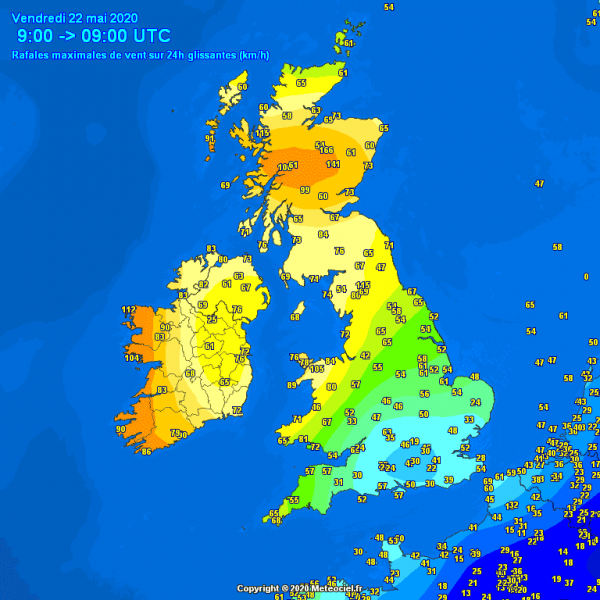 The highest winds are now spreading across Ireland and Scotland, but will also reach Wales later this afternoon. Additionally, severe winds seem likely tomorrow when the system will result in a stronger pressure gradient also over England. Attached is the map of peak wind gusts until Saturday evening.