A significant outbreak of severe thunderstorms is possible today over a broad zone stretching from eastern and southern France across the Alpine region, plains of north Italy into Slovenia.

Today’s weather pattern across Europe reveals one large upper ridge positioned across Scandinavia and NW Russia and another one stretching from northern Africa into southern Mediterranean. A large pool of low geopotentials is gradually weakening across SE Europe. To the west, a trough is deepening across SW Europe and slowly progressing towards the Alpine region. Rather strong warm advection beneath a southwesterly jet stream is resulting in moisture recovery across the northern Mediterranean region and favors a possible outbreak of severe thunderstorms later this afternoon and evening hours. 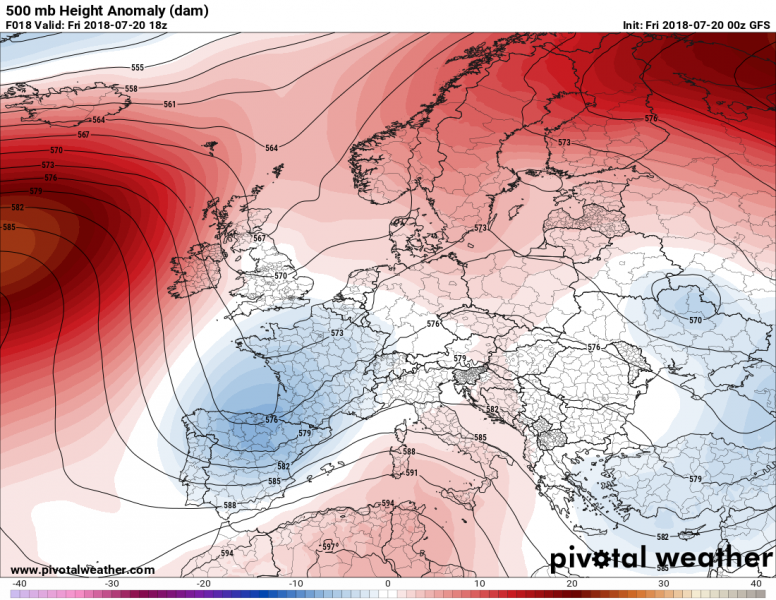 Taking a closer look at the conditions today, moderate to strong instability will build up across east and south France, north Italy and the Alps as high boundary layer moisture is present (dewpoints ranging from 18-22 °C) and steepening lapse rates overspread the region with the coming trough from the west. Also, a healthy EML is evolving in between the trough and Mediterranean ridge. Some high-resolution models are simulating instability from 1500-2500 J/kg, so explosive storm development is becoming increasingly likely by mid-afternoon hours. 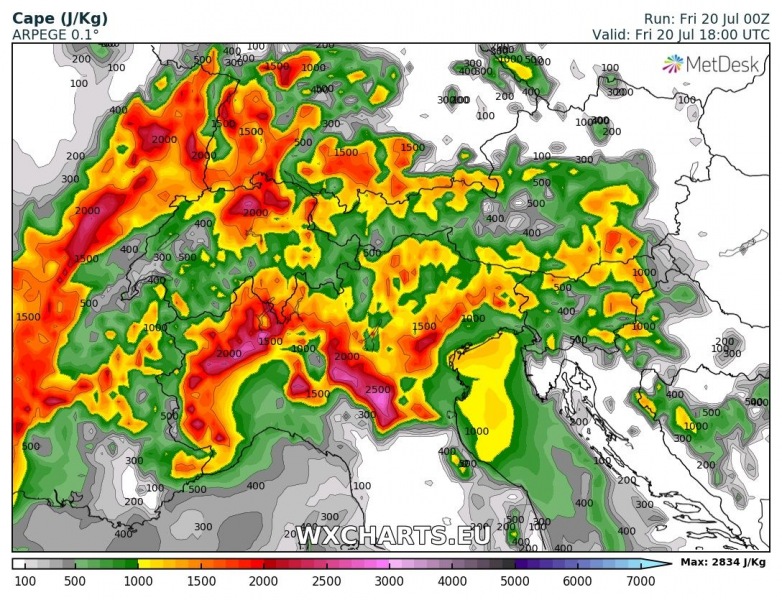 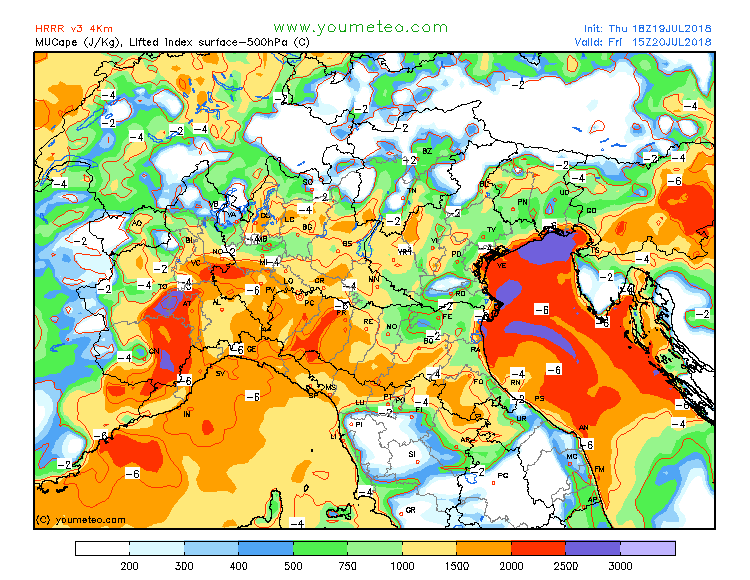 As the mid-level jet associated with the progressing trough approaches, large scale forcing and deep-layer wind shear, enhanced up to 25-40 knots, will support widespread initiation of organized storms. Overlaping of high CAPE and moderate shear should result both in intense multicell and supercell storms, capable of producing large to very large hail, damaging winds and flash floods. 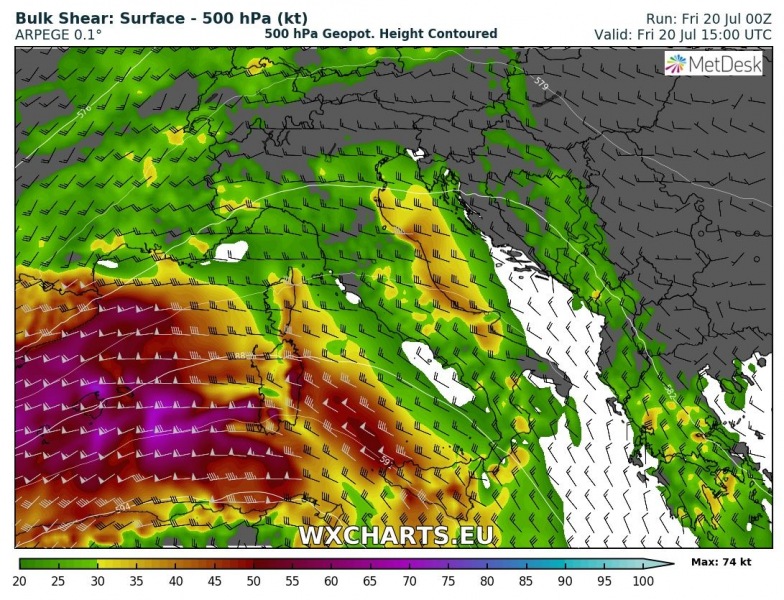 Here is a WRF model simulation of discrete supercells developed across E France, Switzerland, NE Italy and N Slovenia by mid this afternoon. Conditions seem prime for a rather widespread development of intense storms which will tend to merge into larger clusters (MCS or two) towards the evening hours. 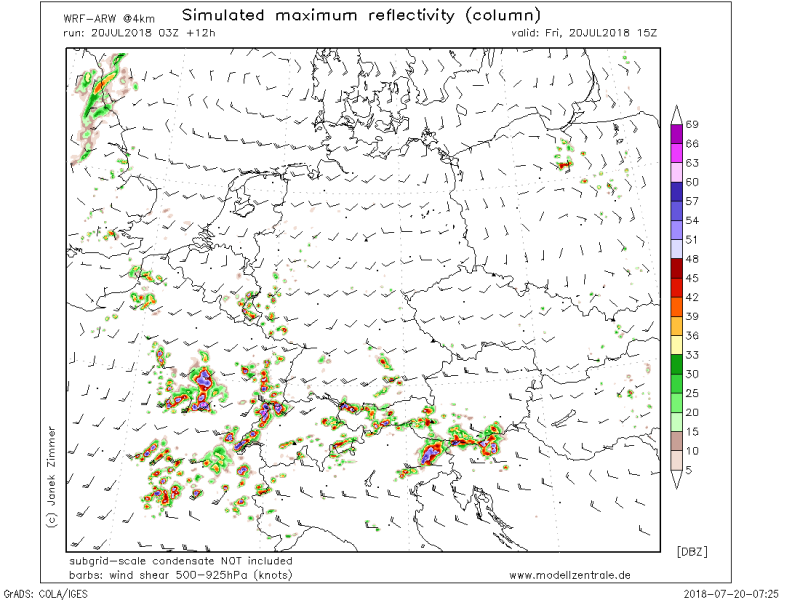 Overall, quite a broad zone of convective activity is expected and therefore good amounts of rainfall from south/east France, across Switzerland, west-central Austria, north Italy and Slovenia. Wind profiles and position of the frontal zone favours backbuilding storms. Training cells are likely and could locally bring 70-100 mm of rainfall and therefore flash floods can be expected. 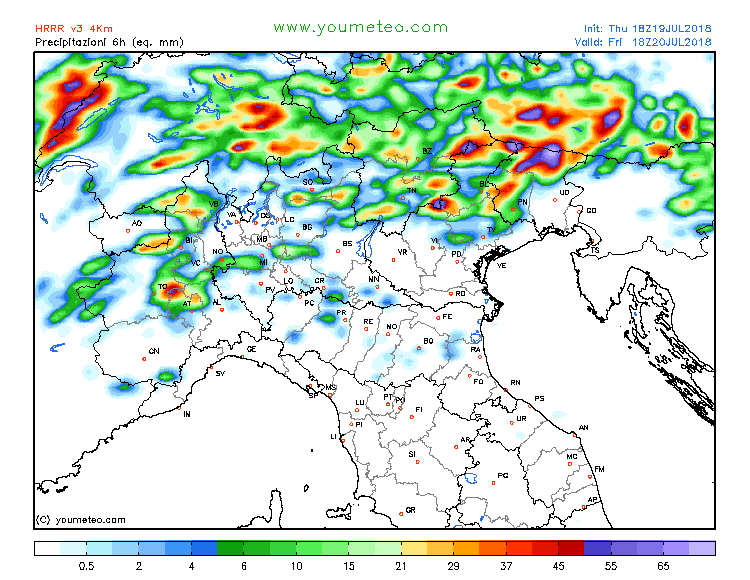 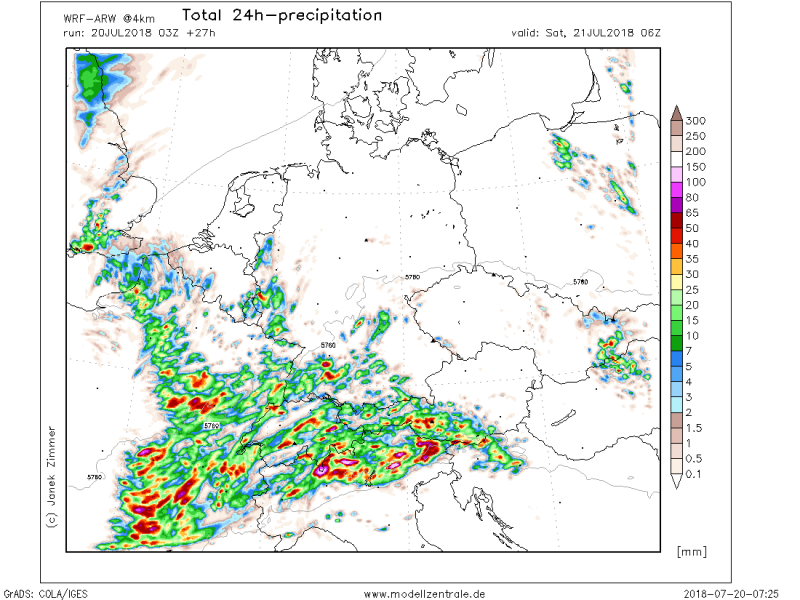 In the evening, large clusters could bring more widespread severe winds and flash floods threat and extend into night hours of early Saturday.