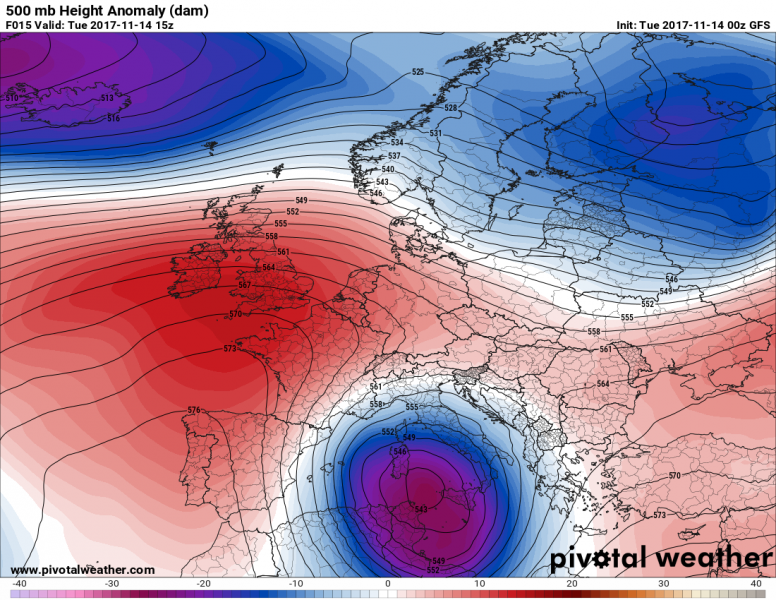 A large cutoff low is centered over the Tyrrhenian sea / central Mediterranean, with the associated cold front over the Ionian sea. Strong Scirocco winds, with sustained speeds up to 50-60 km/h, produce a strong low level jet across the Ionian sea, protruding into the southern Adriatic sea. Warm air advection and moisture pooling (surface temperatures 16-17 °C and dewpoints up to 15 °C) build up significant instability in the 1000-1500 J/kg MLCAPE. The southerly mid-level jetstreak produces a strongly sheared environment over the southern Italy and central Mediterranean, with up to 40-60 kt deep-layer shear and SREH3 in 200-400 m2/s2 range. The environment is very favourable for supercells. Strong low-level shear, helicity and steep low-level lapse rates also strongly enhance the tornado threat. Thunderstorms in this environment will pose an enhanced threat for marginally large hail and torrential rainfall. Although individual storm motion will be fast, the training storms and slowly moving convective line will enhance flash flooding threat. Indeed, high-resolution models indicate over 100 mm of rainfall over parts of Puglia by midnight. 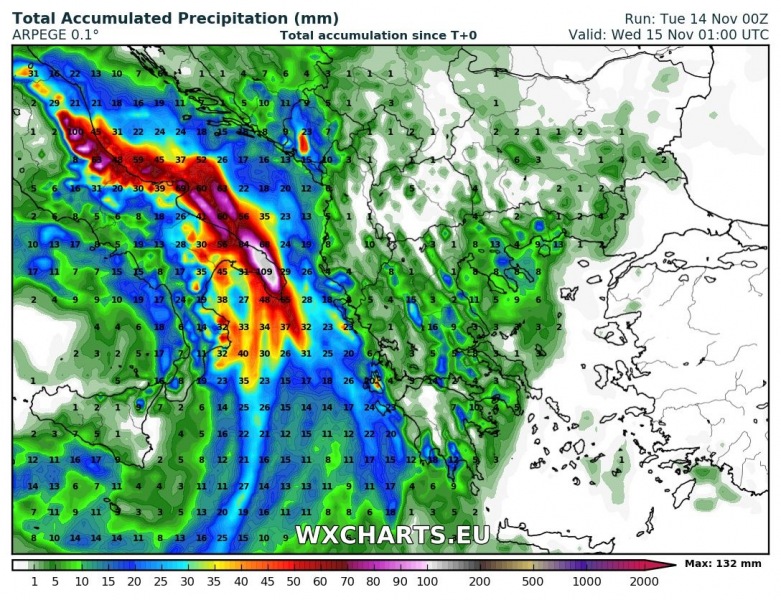 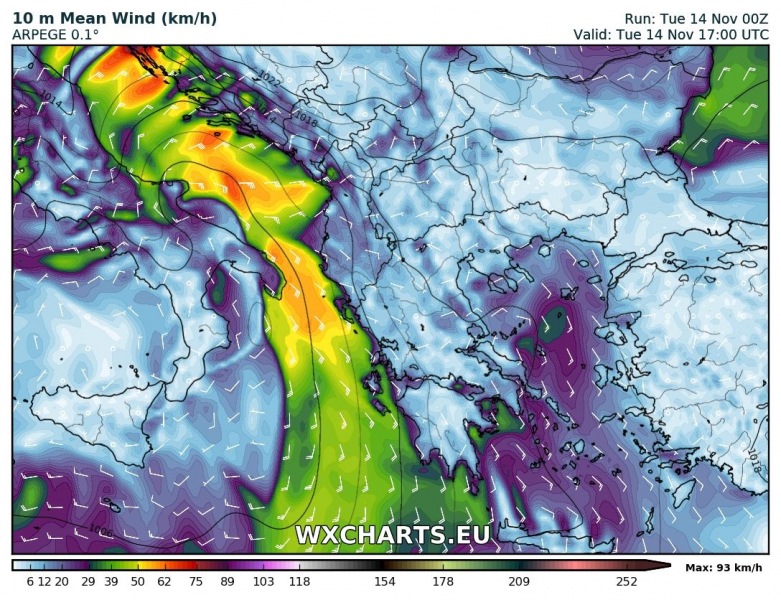 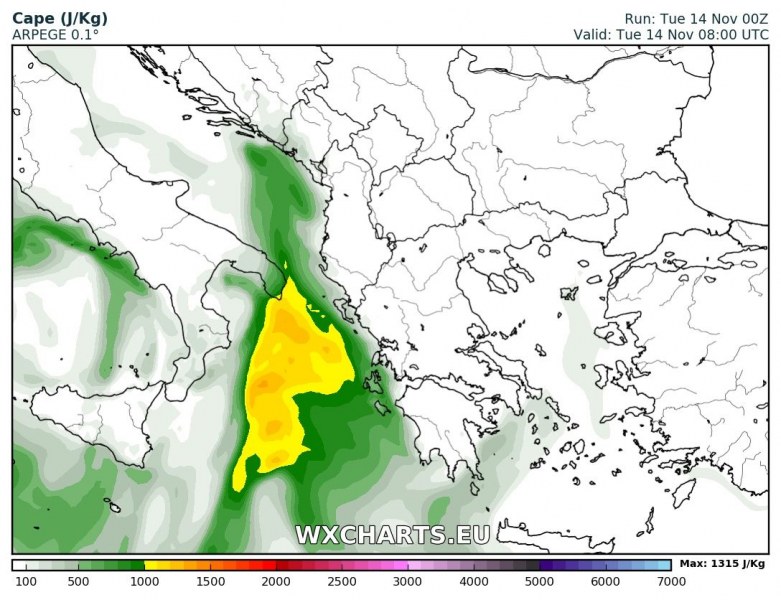 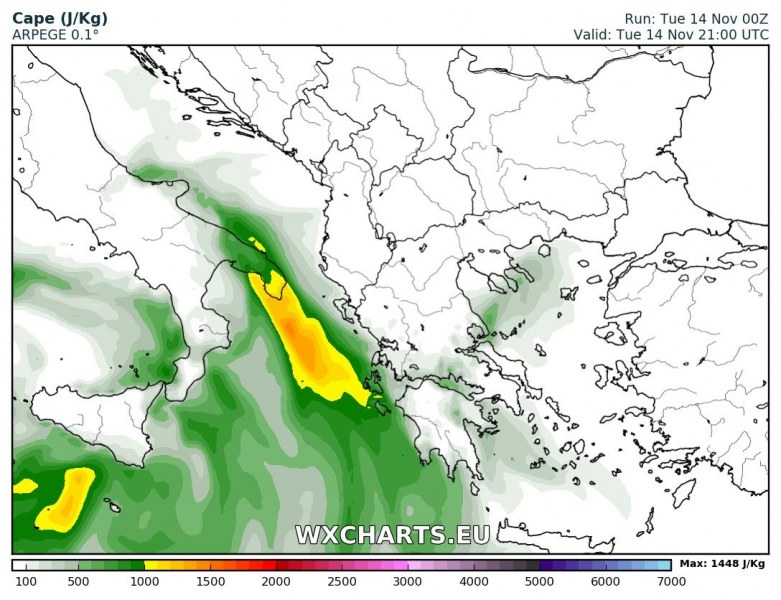 Parameters seem to maximize over the Gulf of Taranto and southern Puglia, where conditions are favourable for strong tornadoes. Low level (0-1 km) shear peaks at 15-25 kt, with SREH1 up to 150-200 m2/s2. LCLs are generally at 500 m or below and 0-3km CAPE reaches impressive values of 250-400 J/kg over much of the area. Any storm forming in these conditions has a good chance of producing a significant tornado. 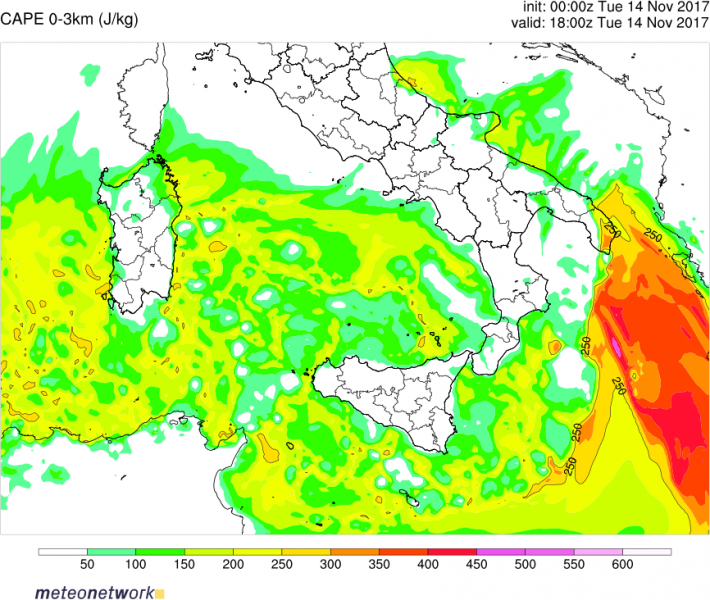 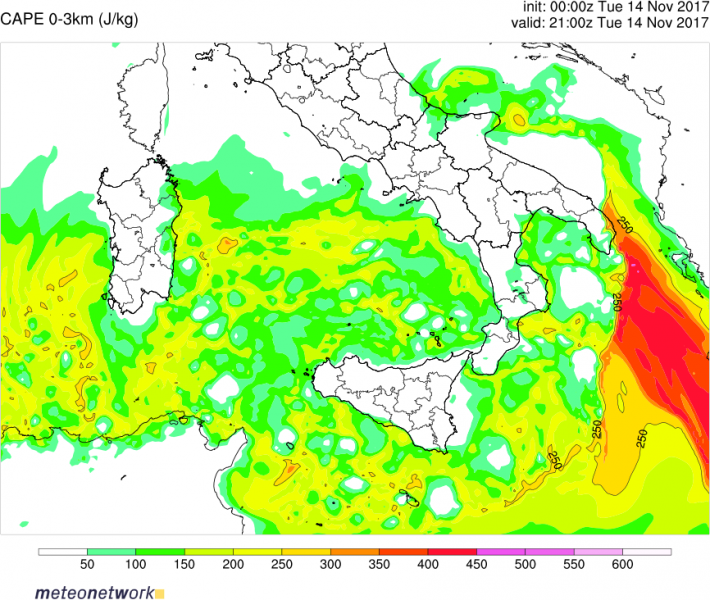 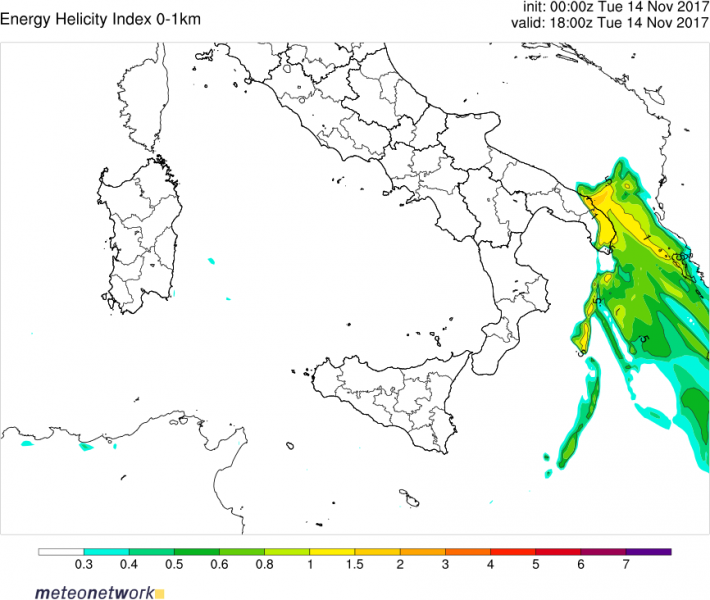 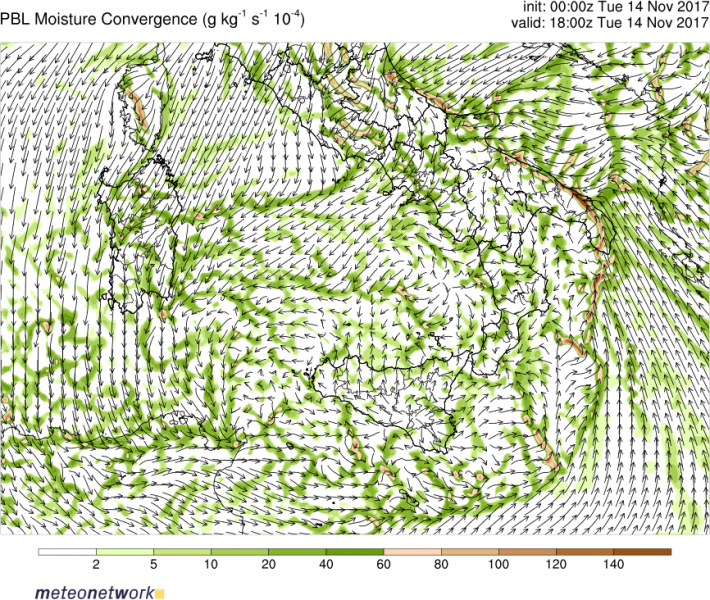 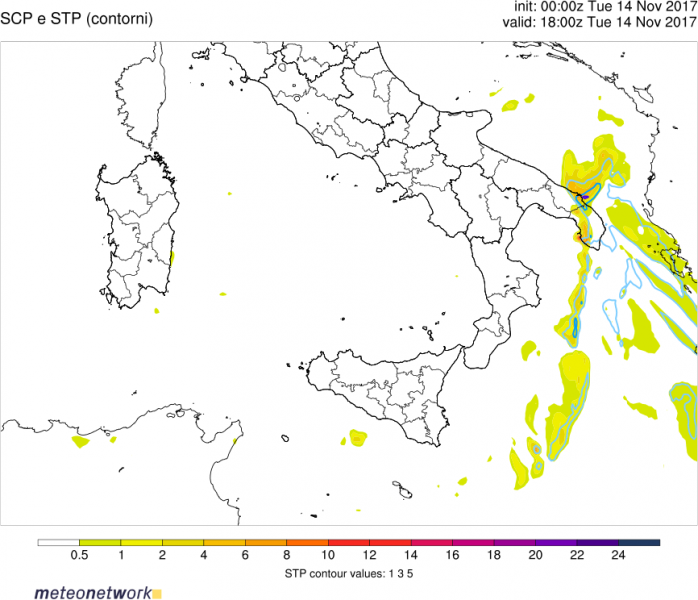