Severe thunderstorms are likely across southern France in the afternoon and evening today. A long wave trough passes over the Iberian Peninsula eastwards, producing a strong 40-50 kt mid-level jetstreak. It combines with a moderately unstable environment and will likely produce a series of severe thunderstorms. 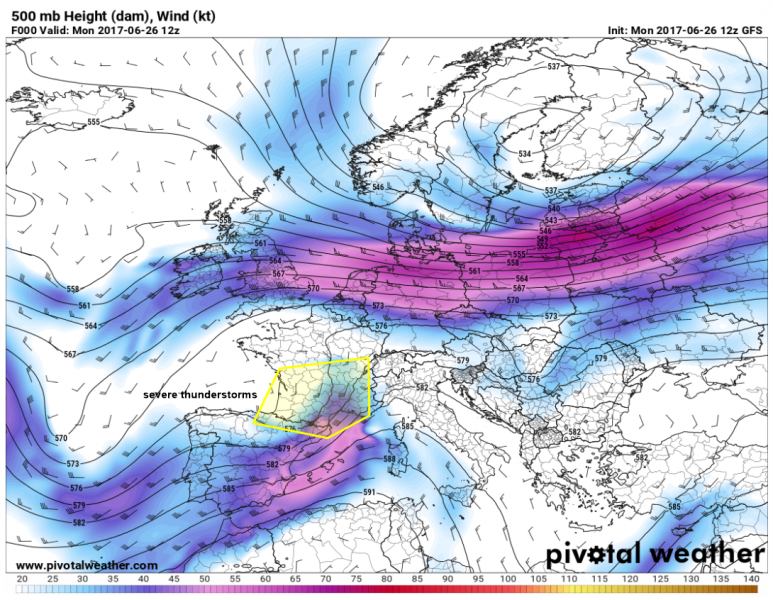 The left exit of the jetstreak passes over S France, providing upper level forcing. A surface low develops over southern France, moving ENE-wards during the late afternoon. Ahead of the system, southeasterly backing surface winds overlap with the mid-level jet and produce up to 30-45 kt deep-layer shear and up to 200 m2/s2 SREH3. Expect organized thunderstorms with isolated supercells. 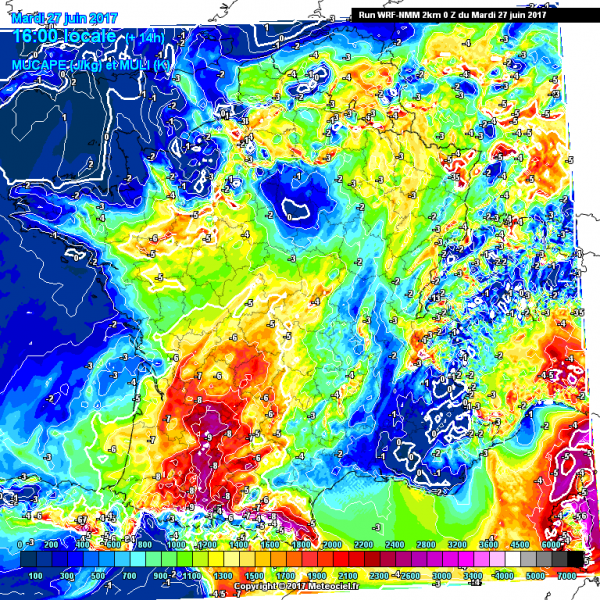 Extreme heat in parts of Spain and Portugal, May 3rd