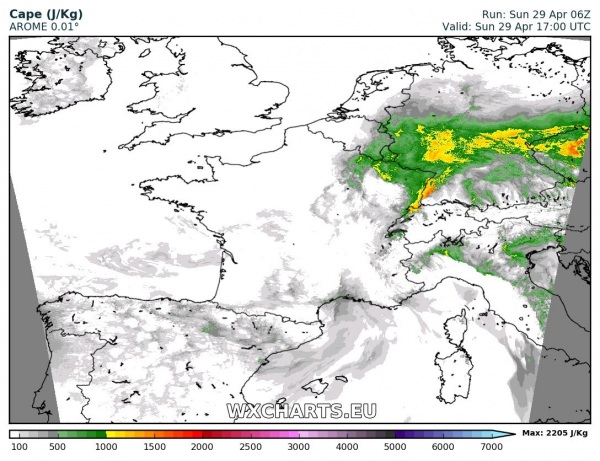 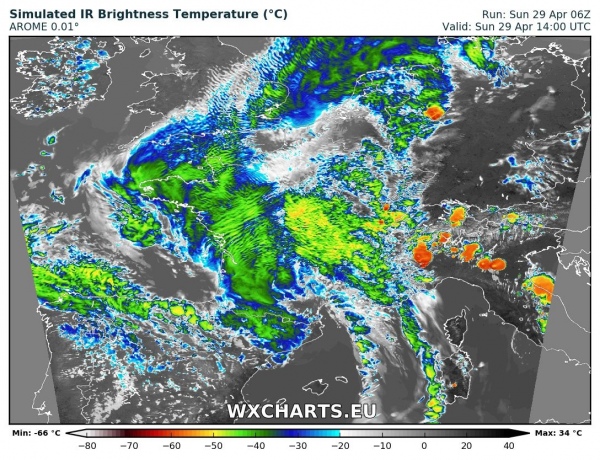 The setup is quite impressive. While instability is limited at up to 800-1200 J/kg MLCAPE, the environment is impressively sheared. A 40-60 kt mid-level (500 mbar) southerly jetstreak overspreads the region. Backing surface easterlies are present, up to 10 kt, locally 15 kt across W-NW Germany, enhancing shear and helicity. Deep-layer shear is in ~40-60 kt range (!) while SREH3 up ~300 m2/s2 are supportive for organized supercell thunderstorms, however, rapid clustering is expected as storm motion is nearly parallel to the cold front, particularly across E France. Low-level shear is maximized over BeNeLux and W-NW Germany, where tornado threat is somewhat enhanced. 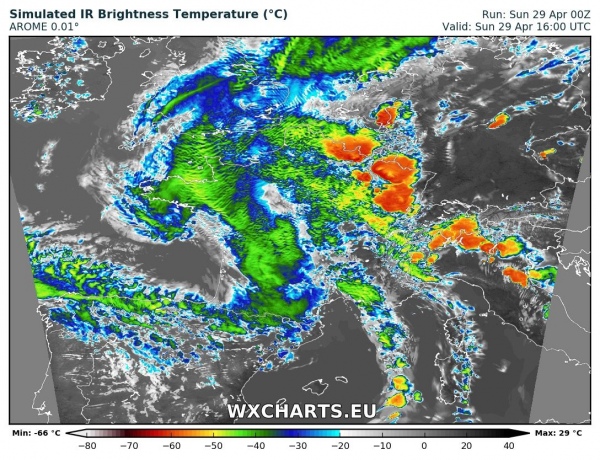 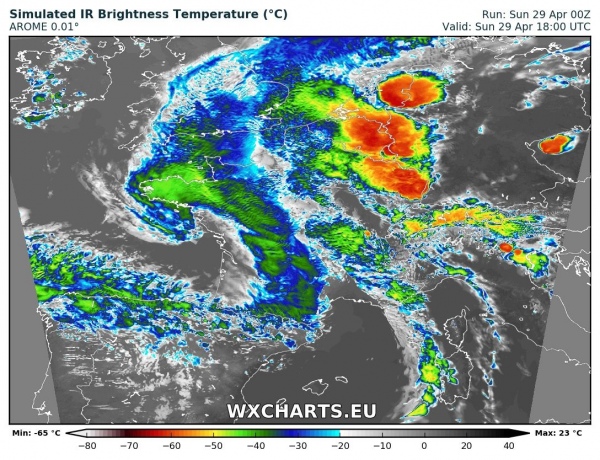 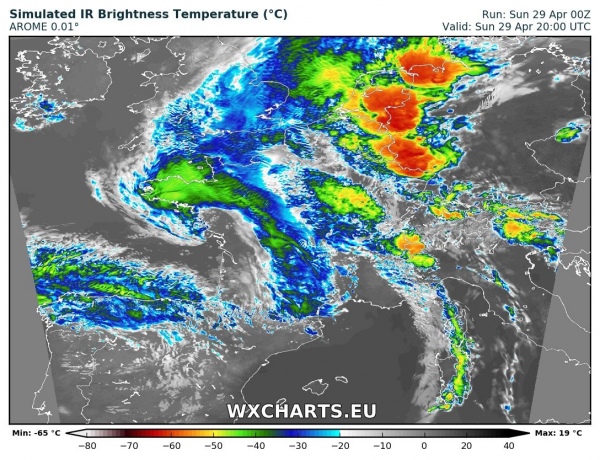 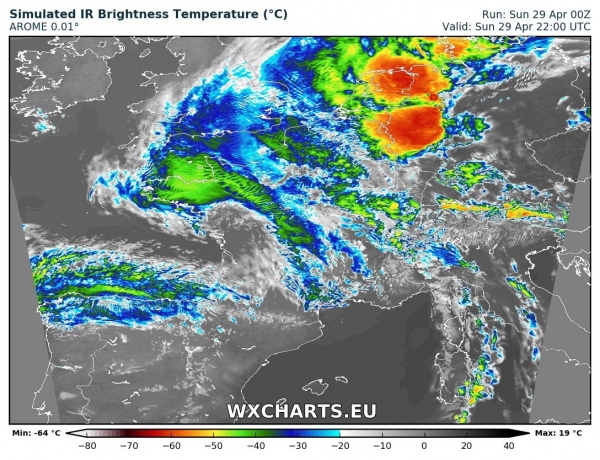 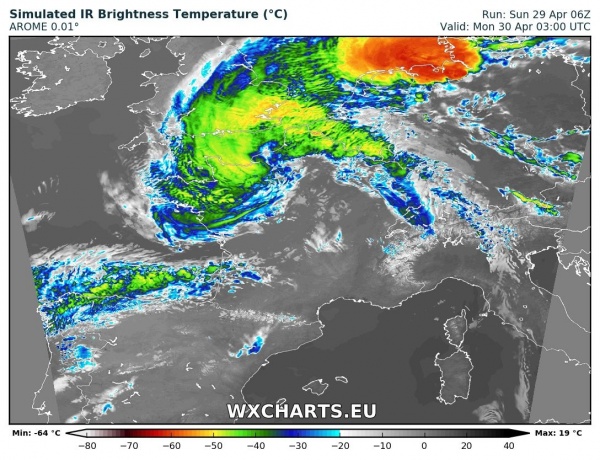 Expect widespread initiation in mid-afternon across E-CNTRL France under strong upper level forcing and rapid clustering of thunderstorms into several mesoscale convective systems moving NNE. MCS’ are expected to persist throughout the night, moving into northern Germany and towards Denmark. 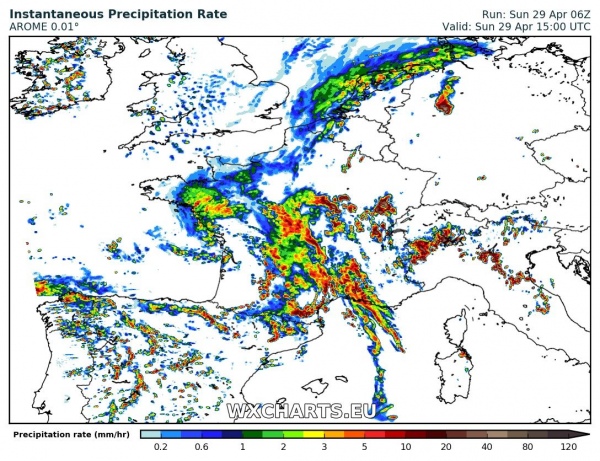 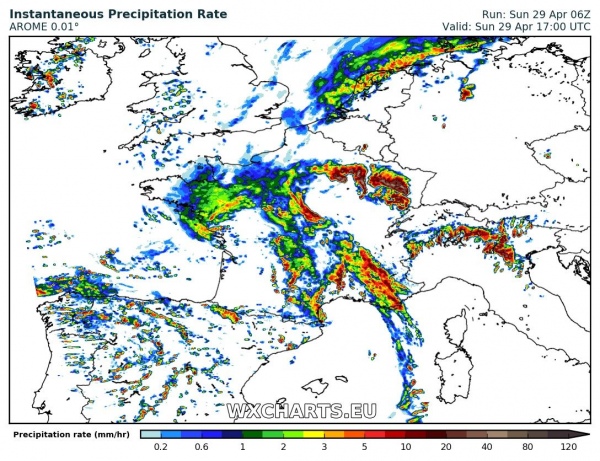 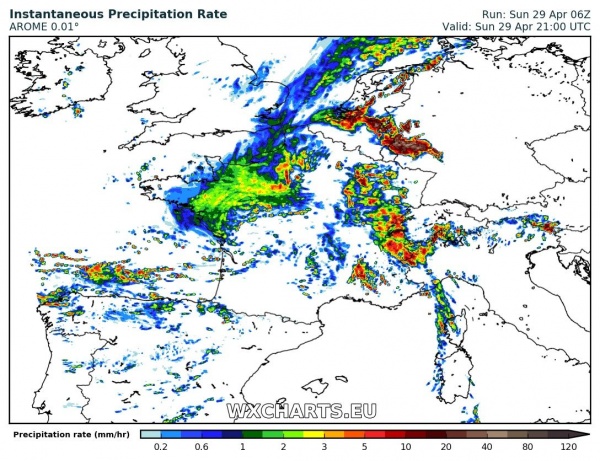 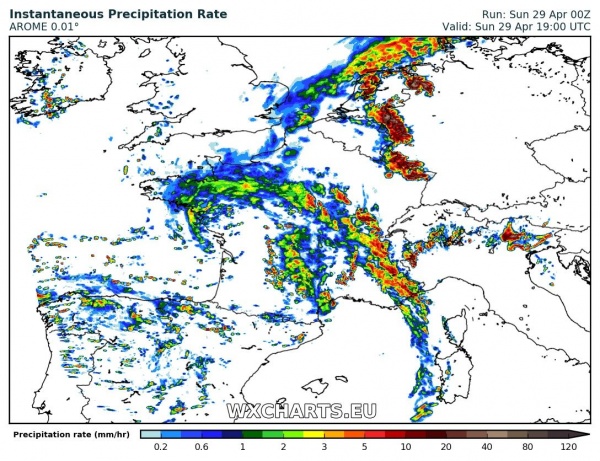