We are now entering a much more dynamic weather pattern we’ve been experiencing lately. Especially over the western half of Europe, as well as the northern Mediterranean and central Europe. A large trough with a deep core will develop over western Europe, resulting in a cooler and more dynamic pattern. Also supportive of severe storms and flooding threat towards central Europe.

The pattern over Europe has flipped this week. It was favoring a ridge over the western half of Europe, but now our continent will be dominated by large trough with deep core developing over western Europe on Friday. This will establish unsettled conditions across a large part of Europe, while upper-level ridging will develop over east-southeast Europe. 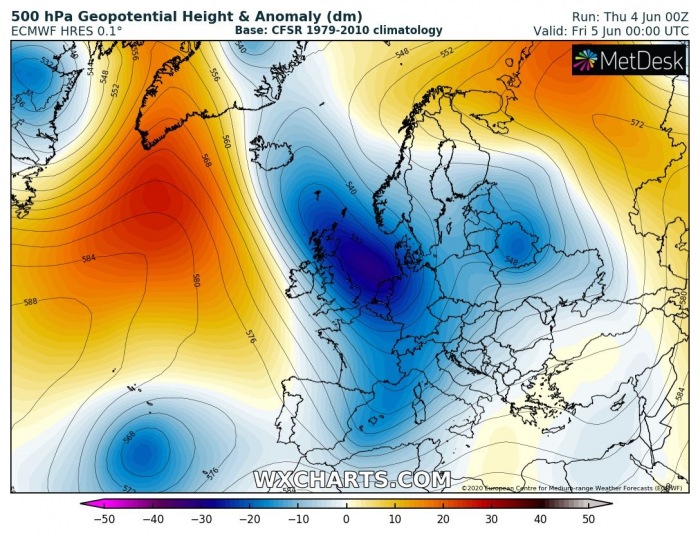 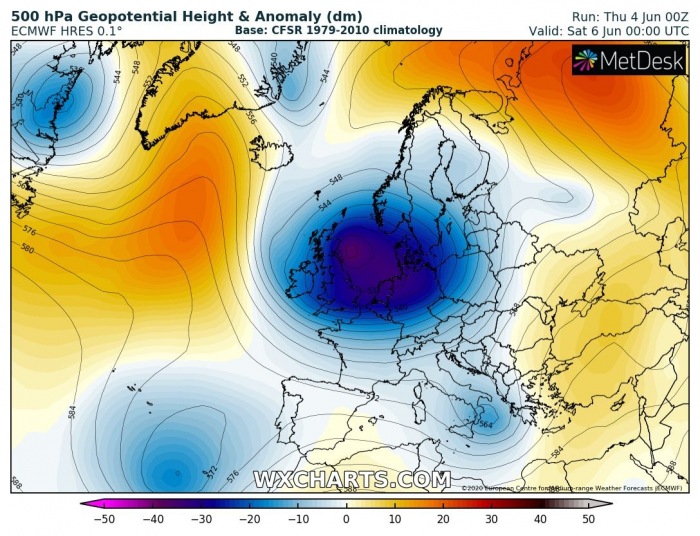 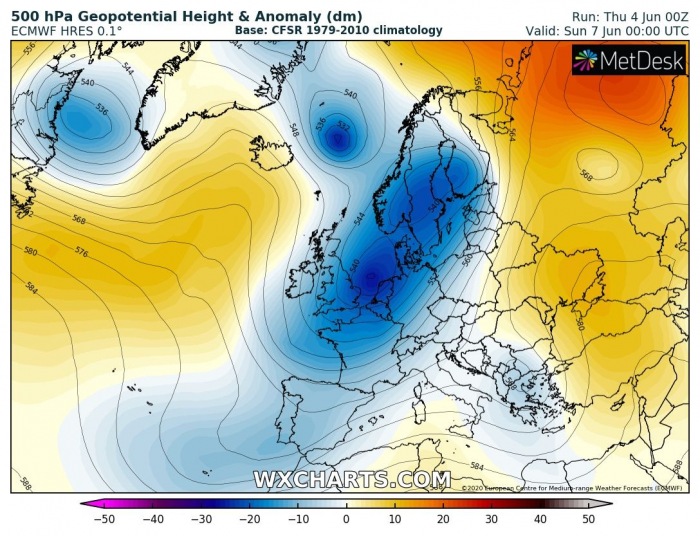 COLDER TO THE WEST, WARMER TO THE EAST

As we can see on the 850 mbar charts, the setup of the large trough over Europe develops a channel towards the north. This results in colder air mass delivery into western Europe first, then also into central and southwestern Europe this coming weekend. Such a pattern should also extend into early next week, favoring cooler over the western half but warmer over the eastern half of Europe. Such dipole pattern, therefore, supports southerlies over central Europe, normally meaning dynamic weather with storms on a daily basis.

Temperature overview for the weekend 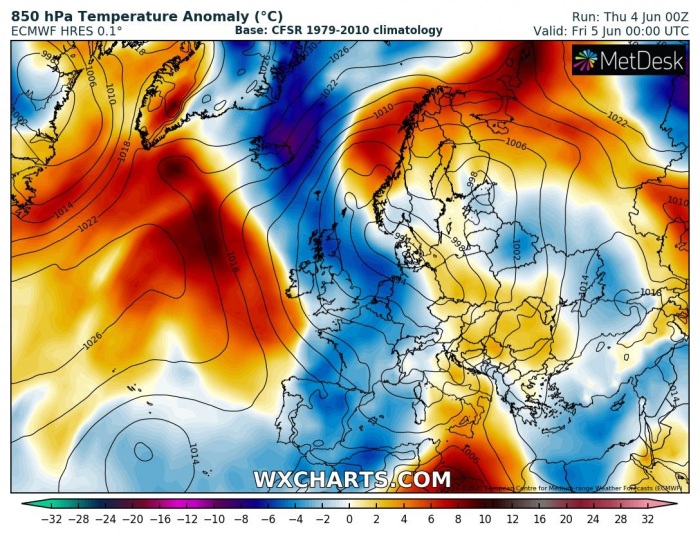 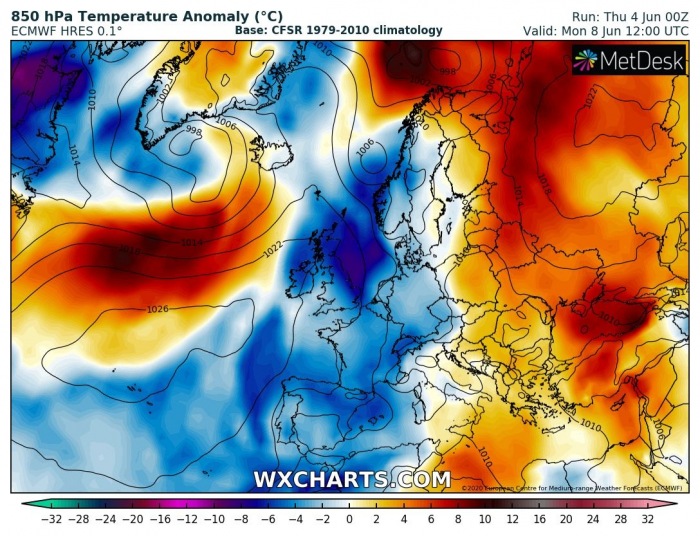 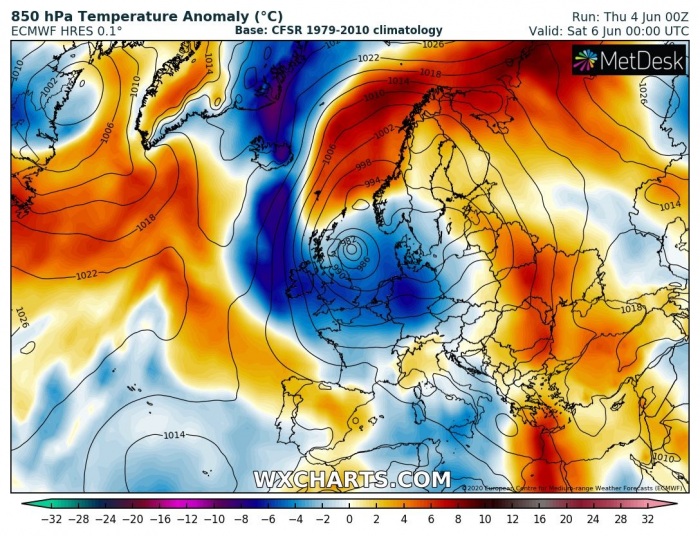 Graphics: WXCHARTS
Another feature of interest is the relatively small surface low forming over the North Sea tomorrow (Friday), possibly developing severe winds along eastern Scotland and northeast England until Friday. Low will be gradually moving south until Saturday and weaken. Severe to locally even extremely severe winds will be possible, precisely over the Scottish Highlands. 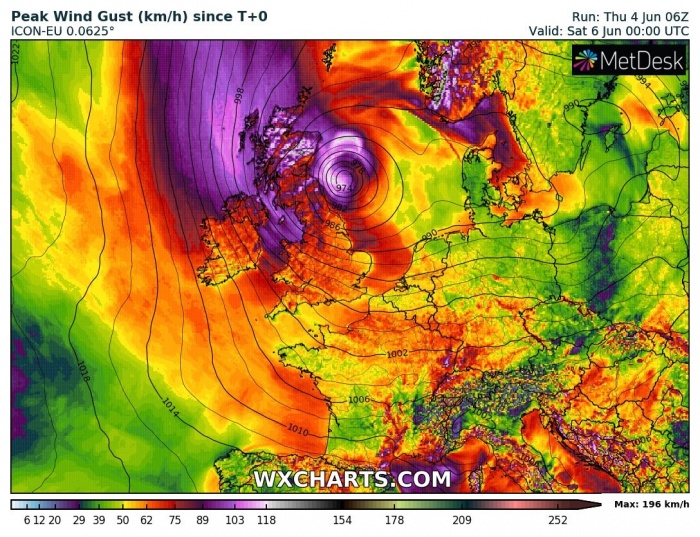 Both global and high-resolution models are indicating there will be a huge amount of rainfall likely across the Alps and surroundings. ECMWF, ICON-EU, and ARPEGE models are hinting 300-500 mm of total rainfall over the next 5-7 days. That is pretty impressive given the fact these areas have mostly been struggling in serious rainfall amounts in the past weeks. Widespread storm activity is expected, including severe storms. Therefore, those will enhance the threat of flash floods as well. 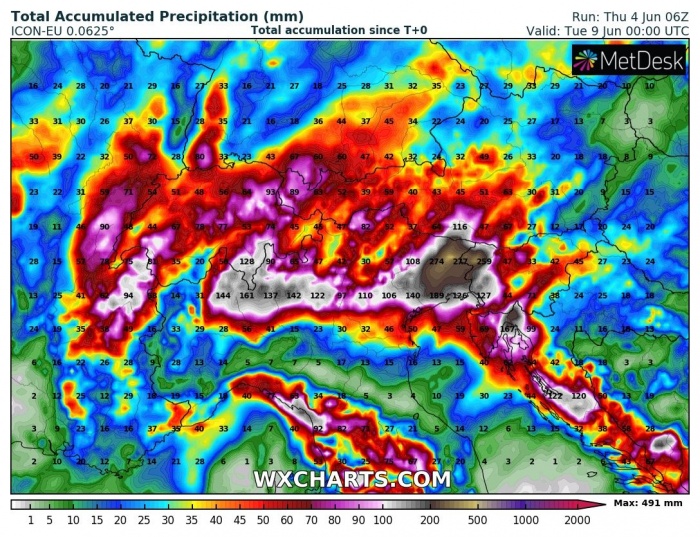 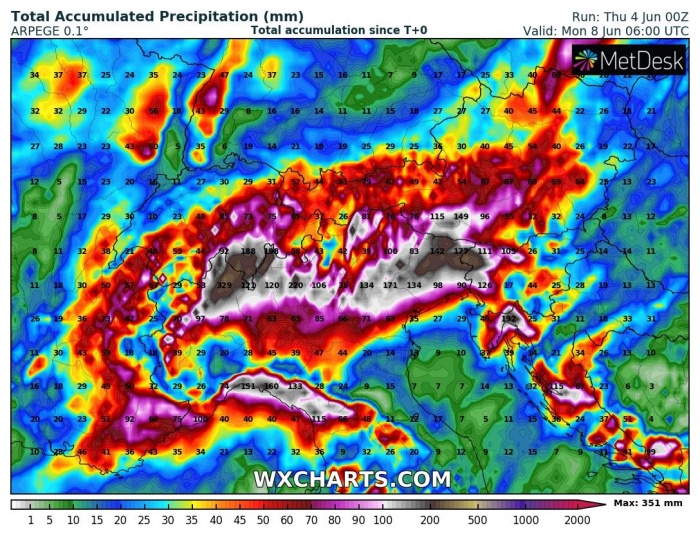 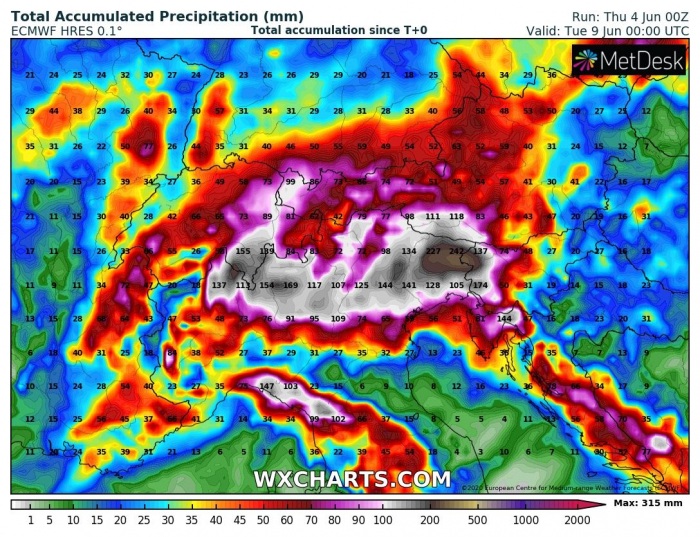 Stay alert for dangerous conditions around the Alps, landslides, and flash floods should be the main threats to focus on. Severe storms should also pose a risk for damaging hail, severe winds, and dangerous lightning.