It is peak summer holidays season and many of you are probably heading to some part of the Mediterranean. It had been rather cool for a significant part of the summer, but it has now warmed up considerably. Also, higher sea surface temperatures lead to more evaporation and more moisture in the air, which in turn provides more instability and increased severe potential in thundertorms. Let us take a closer look.

Adriatic sea: has finally gotten to long term average temperatures, even somewhat above average in the northern part. It is up to about 28 °C in the northern part, locally even up to 30 °C. Somewhat cooler in the central part, particularly along the Croatian coast at 24-26 °C.

Sea surface temperatures in the Adriatic sea on July 30. Today it is slightly warmer. Map: Meteociel.fr

Ligurian and Tyyrhenian sea: are warm, at mostly 27 °C along much of their coasts, locally even warmer. Pleasant temperatures along the coasts of Corsica and Sardinia, as well as northern Sicily and much of western Italian mainland coast. 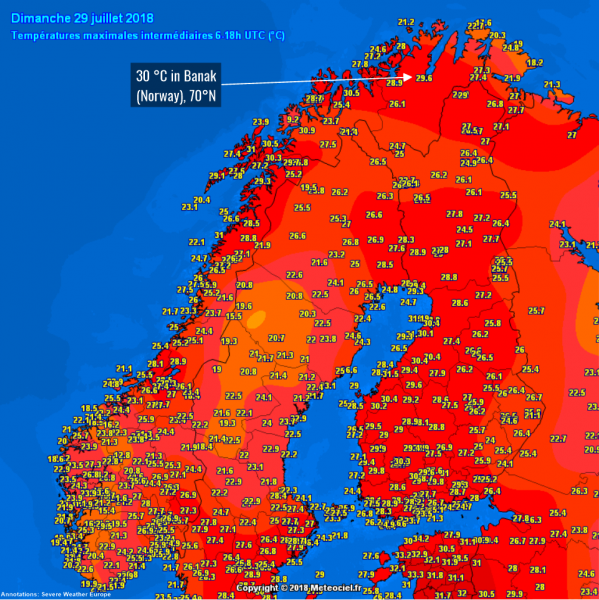 Sea surface temperatures the Ligurian and the Tyyrhenian sea on July 30. Today it is slightly warmer. Map: Meteociel.fr

Aegean sea: very warm along its western and southern coasts, 26-27 °C, warmer in secluded bays and shallow water along the coast. Slightly cooler along the eastern part, with temperatures generally 25-26 °C.

Eastern Mediterranean: Very warm! 28 °C or warmer along the southern coast of Turkey and Cyprus.

Western Mediterranean: very warm between the northeastern and eastern coast of Spain and the Balearic Islands, with temperatures around 26-27 °C. Significantly cooler along the southern coast of Spain!