An extremely dangerous heat wave is developing across the Iberian peninsula and will be peaking this weekend. It could locally be record or near record-breaking as various models are forecasting daytime temperatures in the upper 40s, close to +50 °C! An additional concern will be strongly enhanced fire danger due to a combination of a very high heat, extremely dry airmass and windy conditions. Extreme fire danger will develop after Thursday and could potentially be catastrophic if wildfires occur anywhere across the west/south-central Spain and Portugal! 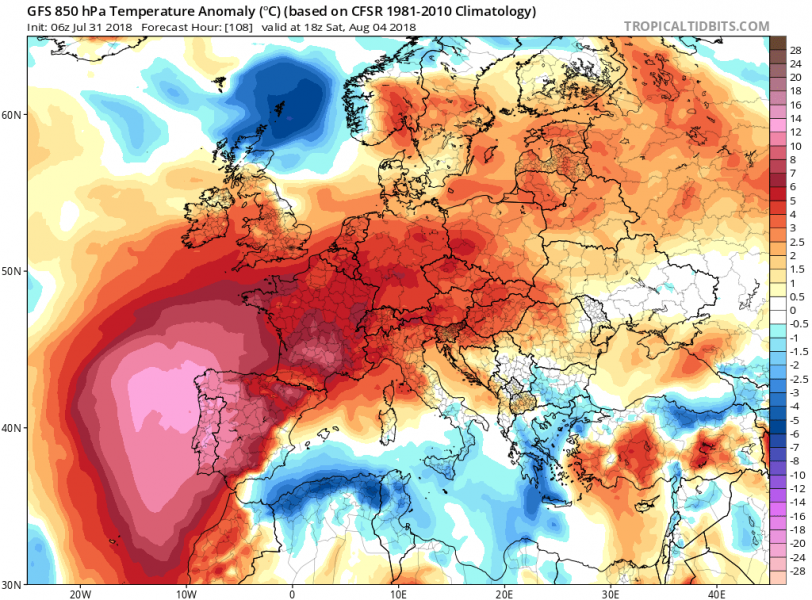 Here are the known records of the highest ever recorded temperature across our continent – keep in mind that various models are peaking into 46-49 °C range over WSW Iberia this weekend. We could indeed set a new high temperature record. The developing pattern is nothing less than a perfect setup for extreme heat.

Looking at the mid-level temperatures, which are usually a good approximation for simulating the peak near-surface temperatures – impressively high values are forecast by all models. They peak into 29-31 °C range through this weekend during the peak heating hours. Taking in consideration the elevation of SW Spain and Portugal together with considerable Foehn effect winds, max afternoon temperatures would easily rise into 44-48 °C range… 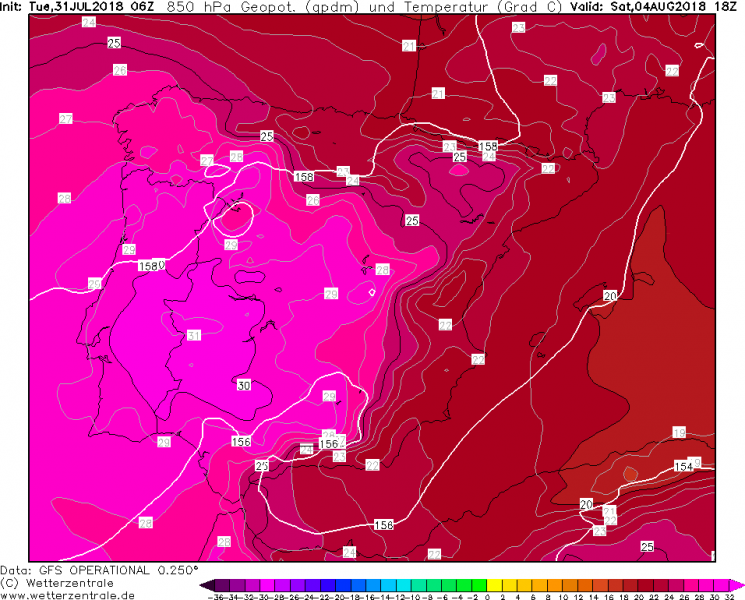 … and so are the model forecasts:

What has to be considered as additional and potentially more dangerous part of this extreme heat wave, is the greatly enhanced fire danger due to the specific setup across the Iberian peninsula this time. A strengthening ridge across the SW Europe will be centered over western Iberia and the Bay of Biscay and provide an E-NE flow on its eastern side. This will put Spain into a position with an increased low-level wind field, resulting in katabatic downslope (Foehn effect) winds from central Spain towards WSW parts and into south-central Portugal. 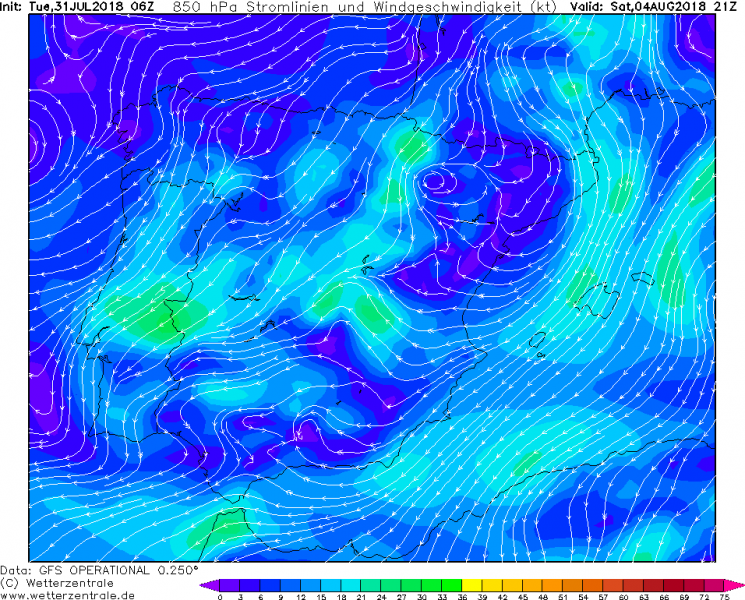 In addition, Foehn winds usually significantly lower the relative humidity which will already be very low due to the intense heat and the usual subsidence under the strong upper ridge. As can be seen on the map, dew point temperatures will be close to zero °C. That means the relative humidity would be only 5%! 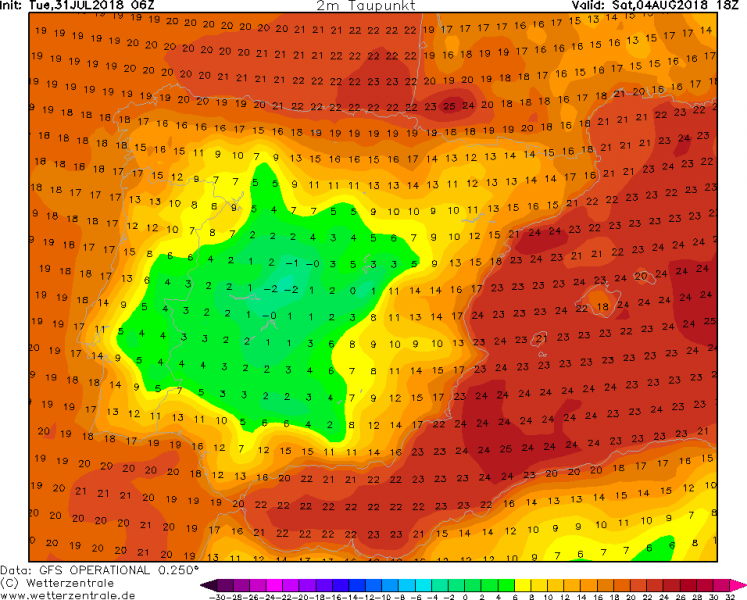 Aside note: one needs to be aware of GFS model precision, as it is a global model despite having a much improved map scale resolution. Today’s 6 UTC run even pushed max afternoon temperatures up to +52 °C in central Portugal. If that verifies, it would break Europe’s temperature record by more than 3 degrees Celsius! In any case, record breaking wave or not, the heat will be extreme and very dangerous! 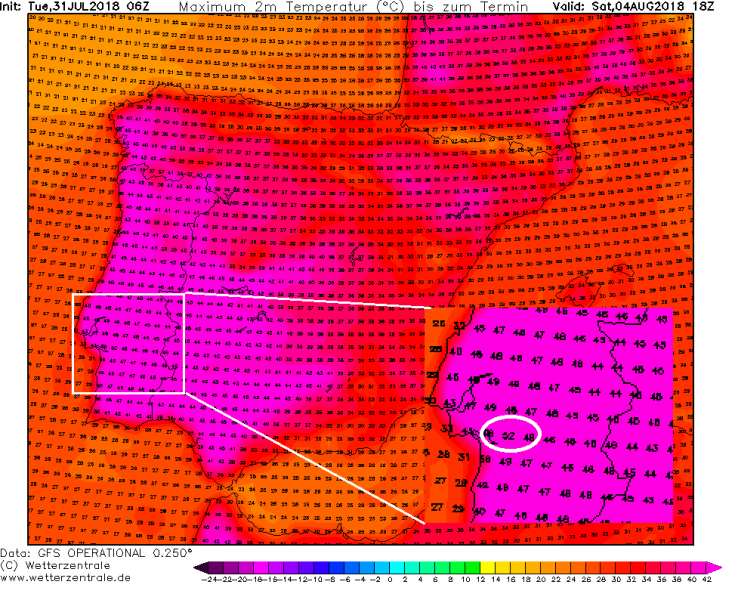 Just how extreme the coming heat wave is, is well visible on the ensemble model maps where we can see how much above normal the 850 mb level (approximately 1500m above sea level) temperatures will be. Below are graphics for Madrid and Badajoz, Spain – notice the long-term average for early August is around 16-17 °C while models are simulating the 850 mb temperature to be close to 30 °C. That is 13-14°C warmer than usual for this time. And the heat wave will extend through at least the first decade of August.

Stay tuned for further updates on this potentially very dangerous setup across the Iberian peninsula!