After a quite cold period across the eastern half of Europe this week, a major pattern flip is shaping up this weekend. While dynamic pattern evolves over the N Atlantic, a strong high-pressure system from the Azores first expands into south-central Europe by Friday and then spreads into eastern Europe over the weekend and into the next week. Much warmer weather with local temperatures in excess of 25 °C is expected, locally even close to 30 °C!

The current pattern indicates blocking over the Azores and towards SW Europe with deep trough across eastern Europe, resulting in much colder weather than normal across Scandinavia, eastern Europe and the Balkan peninsula. Meanwhile, another deep trough over western Europe pushes towards the east with a surface cold front tomorrow. This starts the pattern change, as upper ridging over SW Europe strengthens and begins gradually moving towards south-central Europe in the coming days. 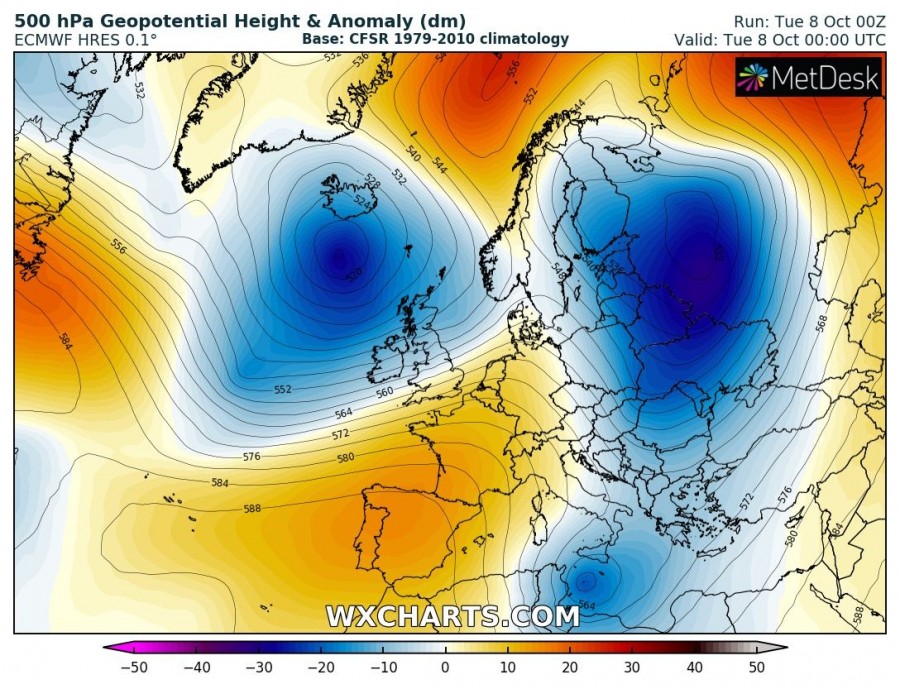 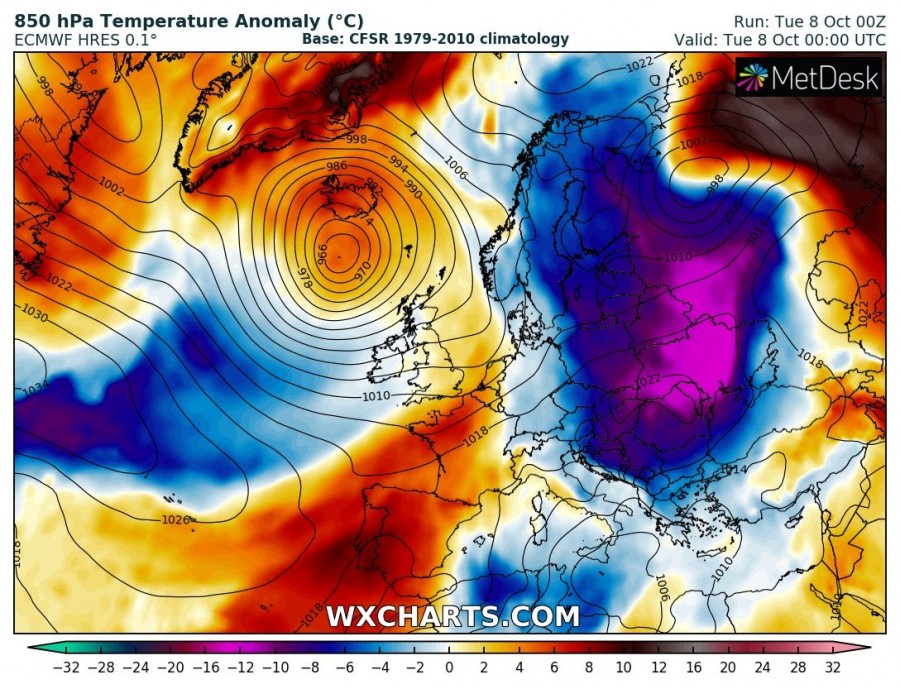 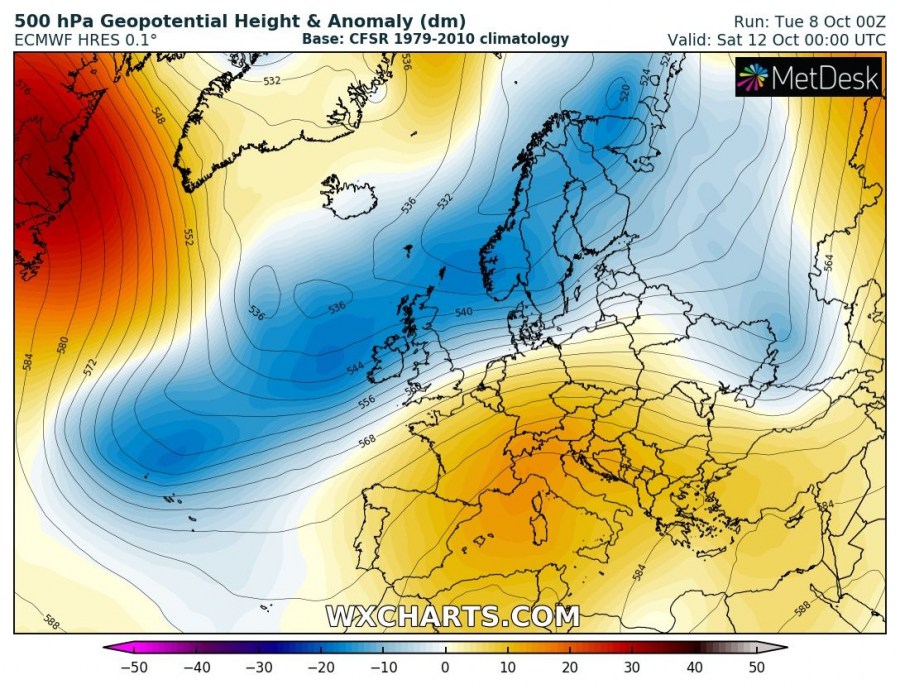 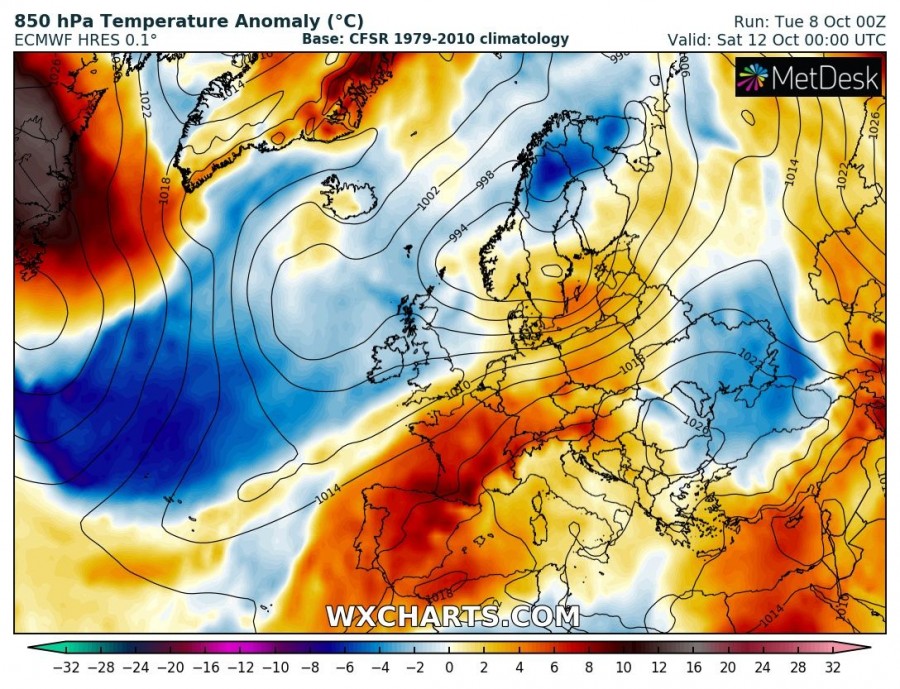 Over the weekend into early next week, an intensifying upper ridge delivers stable and much warmer weather into central Europe and especially into the Balkan peninsula / eastern Europe where significantly warmer airmass replaces the very cold airmass from this week. Virtually 15-20 °C warmer weather establishes, so a sharp flip from frosty mornings this week into spring-like afternoons! A dynamic pattern over the N Atlantic and W Europe will also establish a persisting SW zonal flow into continental Europe and result in additional warm advection into our continent. Models are in quite good agreement this coming 7-10 days period through mid-October will be unusually warm for many areas, likely resulting in +25 to near 30 °C afternoon temperatures locally (e.g. south France, Italy, south Balkans and Turkey). 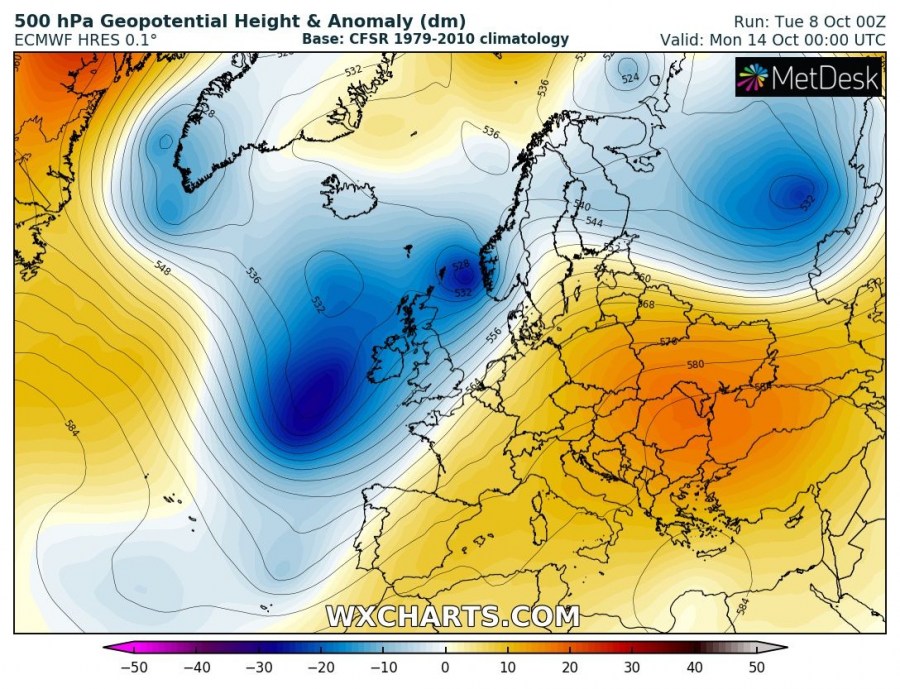 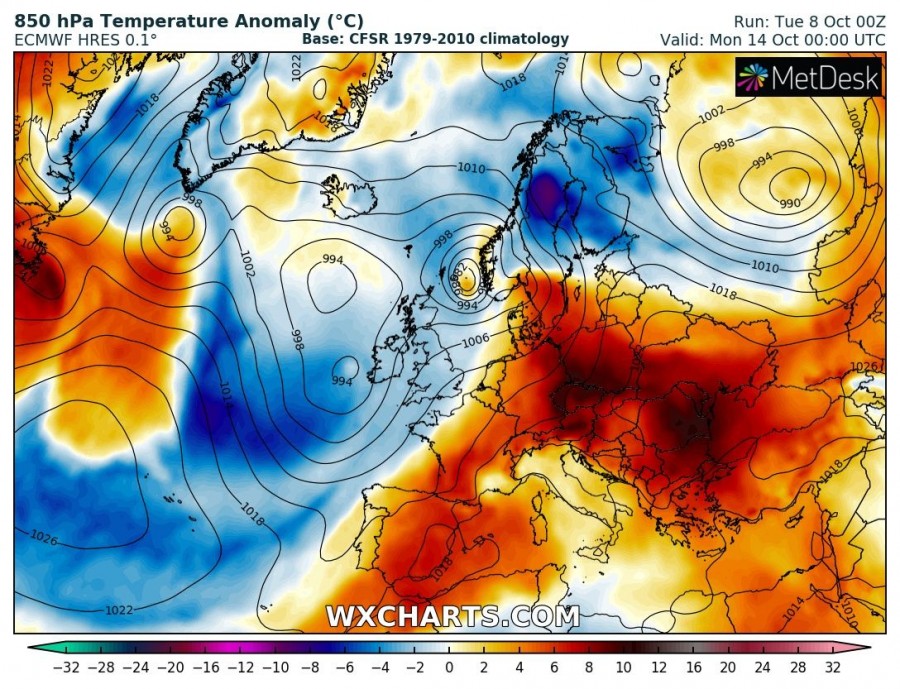 Potential exists this blocking pattern with much warmer weather could extend across the whole next week as well. 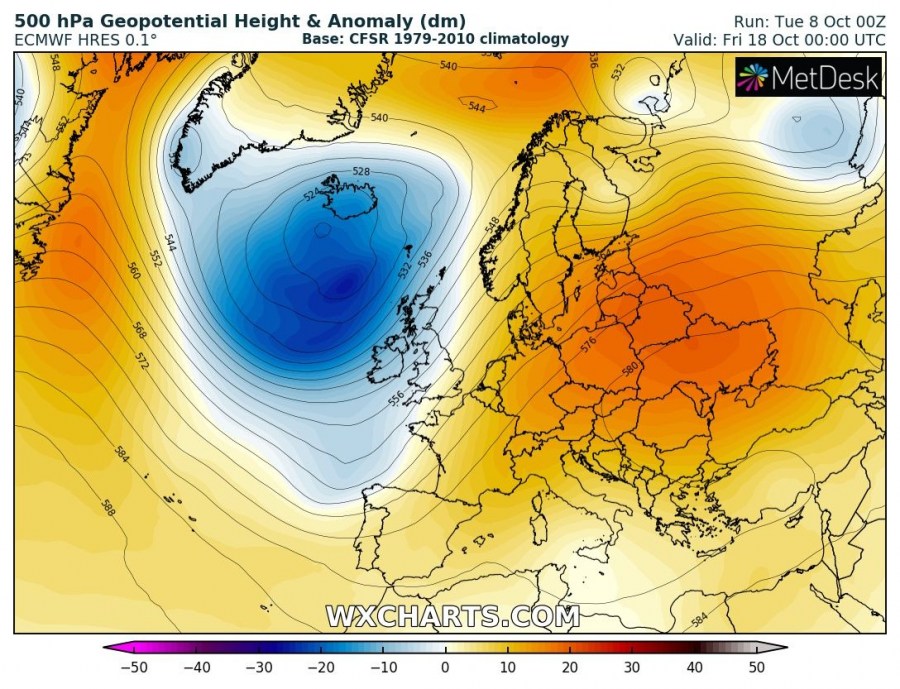 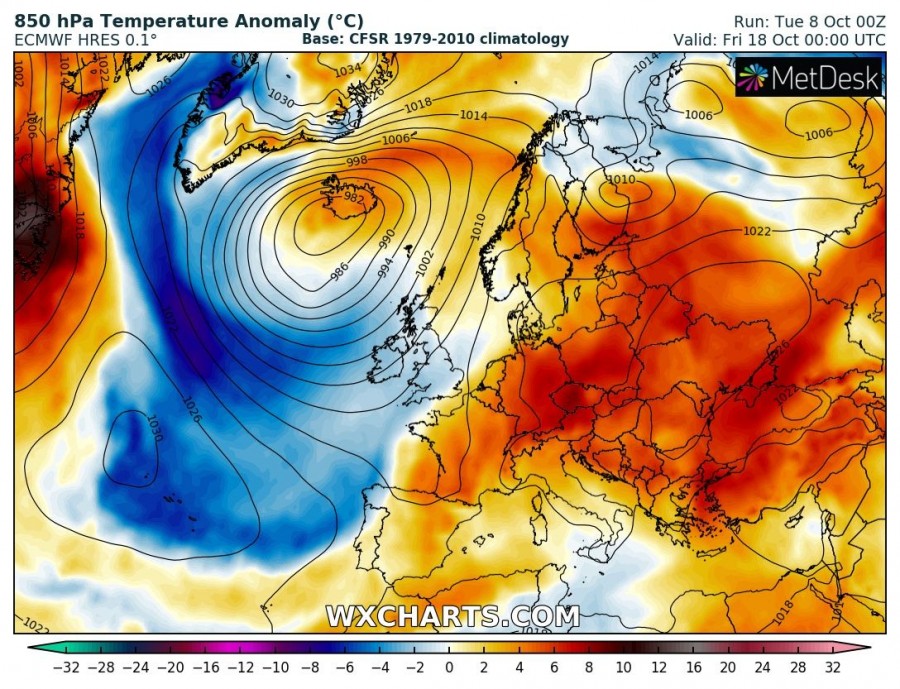