A significant round of rainfall is expected over parts of southern France over the weekend, under the influence of the cutoff upper low over the W Mediterranean. Various models agree on large amounts of rainfall, locally over 100-200 mm / 48 hrs. Local flooding is likely!

The persistent cutoff upper low will cause strong warm air advection with southerlies and southeasterlies from the western Mediterranean, producing strong orographic and partly convective rainfall. The persistent rainfall episode begins on Sunday and lasts until early Tuesday. Maximum amounts are expected in the vicinity of Montpellier, with models indicating 100-200 mm of rainfall by late on Monday, possibly even more. Significant local flooding is likely! 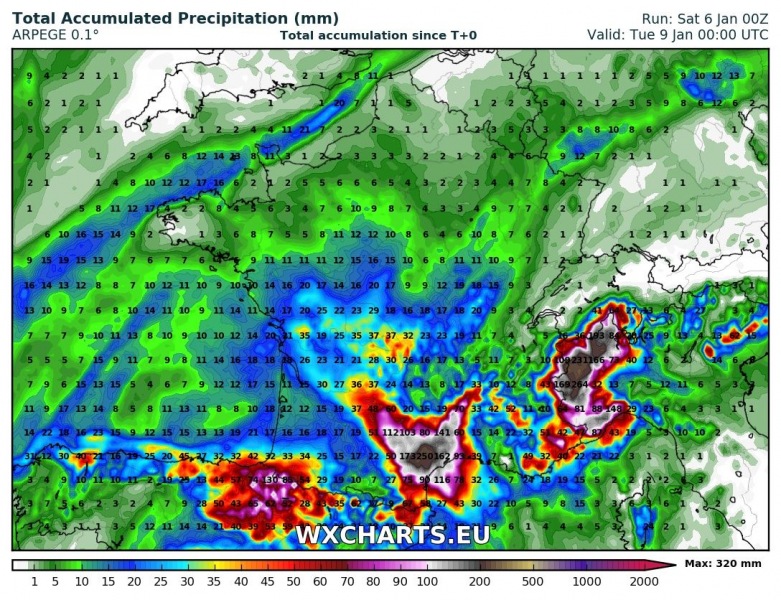 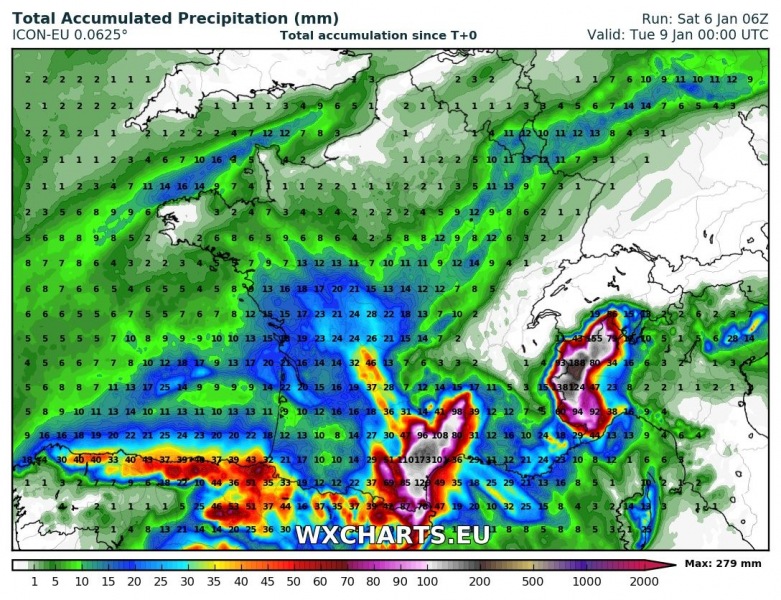