The trough that passed across the central Europe on Sunday will transform into a deep cutoff upper (Genoa) low as it crosses the Alps into the northern Mediterranean. The cutoff low will cause intense snowfall across the Apennines and Dinarides with locally up to 50-70 cm of snowfall. Also, strong Mistral and Bora winds will develop, with gusts well in excess of 100 km/h. 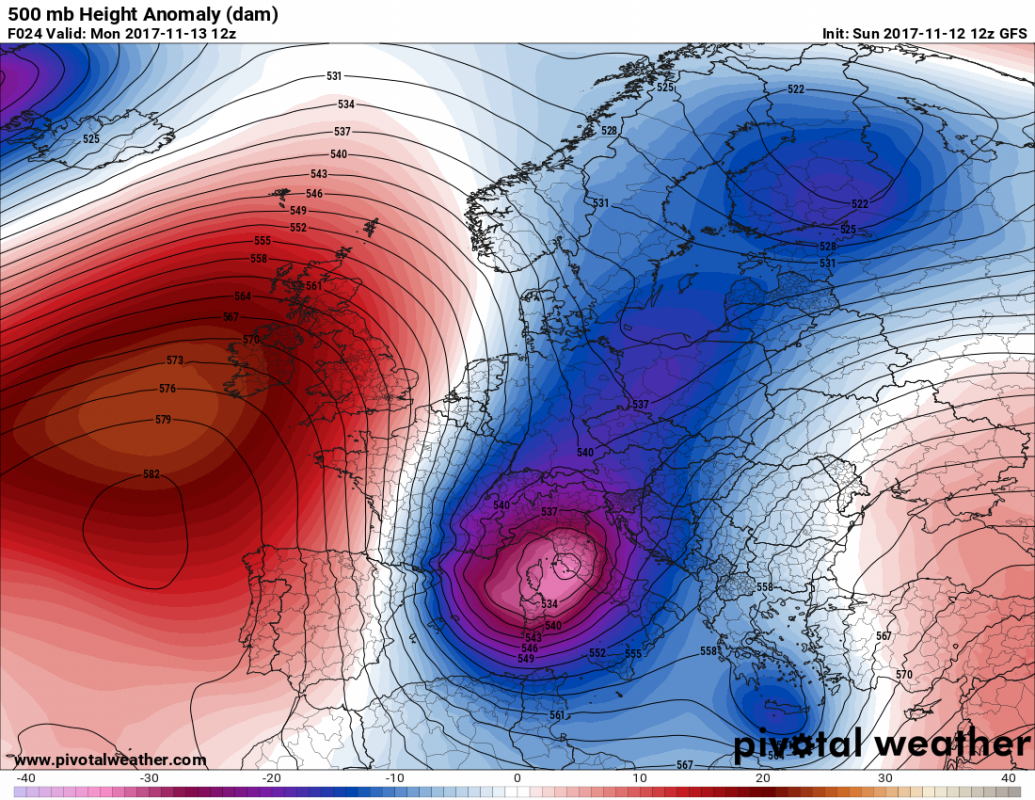 The deep cutoff low will begin forming on Sunday evening and deepen overnight as it moves over the Ligurian sea and northern Italy. It is expected to move south into the Tyrrhenian sea by early on Tuesday. A broad and deep surface low will develop over northern Italy by Monday morning with central pressure near 990 mbar, splitting into a surface low over the northern Adriatic sea and another one over the Tyrrhenian sea by late on Monday. 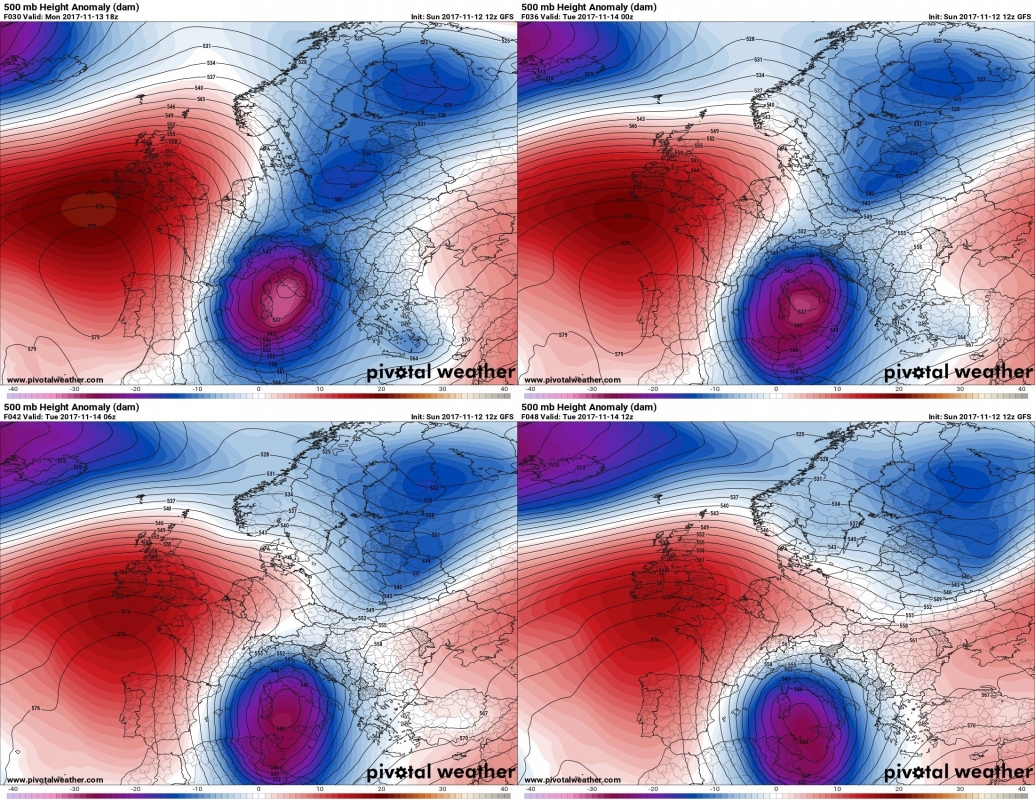 Evolution of the cutoff low over the north-central Mediterranean on Monday and early Tuesday. Map: Pivotalweather.com.

Strong Mistral and Bora winds will develop in response to the strong pressure gradient due to the forming surface lows. Strong Mistral winds, gusting up to 80-100 km/h are expected between the southern coast of France and extreme northeastern Spain, the Balearic Islands and Corsica and Sardinia throughout Monday.

Across the north Adriatic region and into north Italy strong Bura/Bora winds are expected, starting on Monday and likely intensifying on Tuesday and Wednesday. Expect gusts up to 140-150 km/h across the Kvarner region (Croatia) and up to 120-130 km/h in western Slovenia. 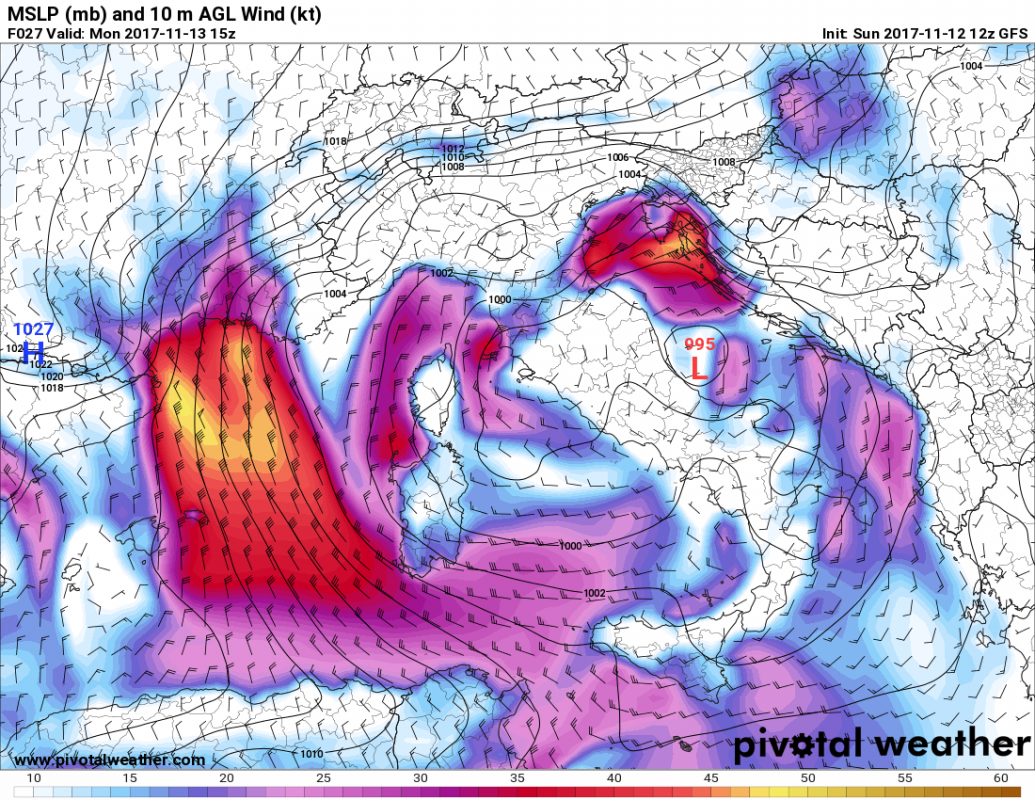 Heavy snowfall across the northern Apennines and Dinarides 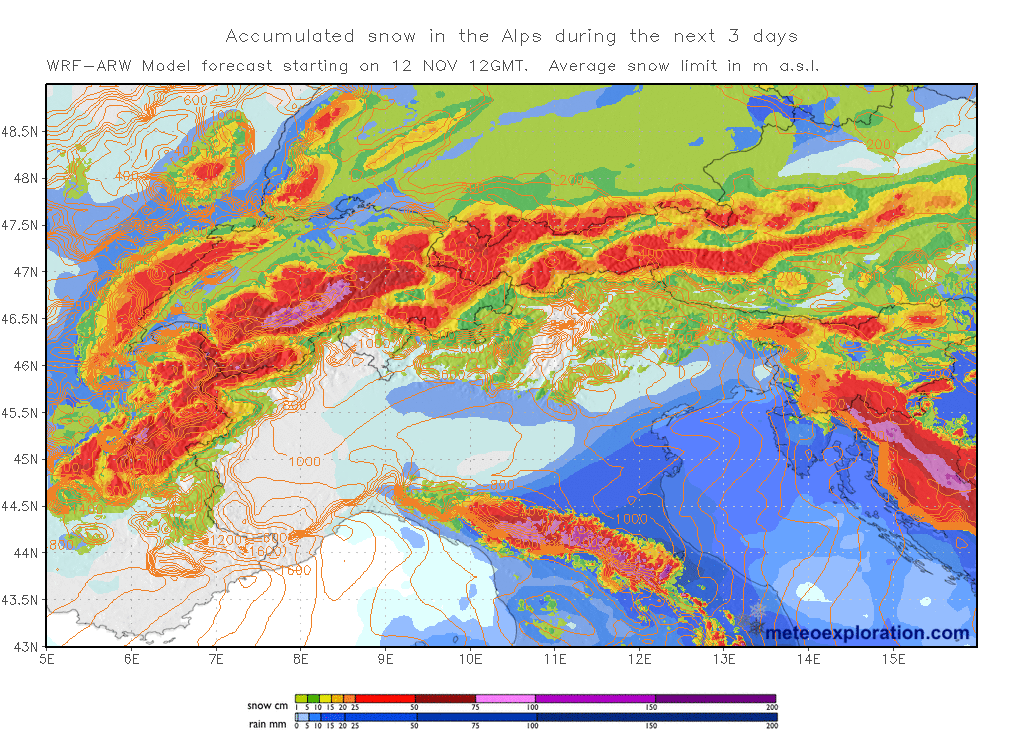 Stay tuned for further news on the development of the system! We will be looking at the expected snow totals in more detail shortly.