A rapidly deepening cyclone with an intense windstorm is in development over the North Sea this morning. It is expected to bring extremely severe winds into the northern Denmark and southern Norway later this afternoon. Peak wind gusts could exceed 150 km/h. The cyclone will be moving across southern Norway towards NE into Sweden in the early evening hours, so the windstorm should also bring severe winds into SW Sweden, however it should be less intense than further west.

Morning pressure analysis reveals a rapidly deepening cyclone in the North sea, just west of Denmark, moving towards NE. Severe winds are already reported from several stations at the open sea, peak gusts reaching up to 112 km/h. Gusts up to 90 km/h have also been reported along the coast of the Netherlands. 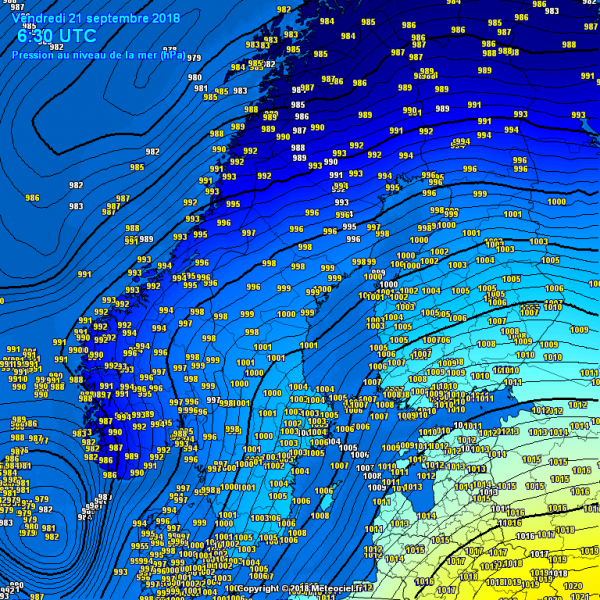 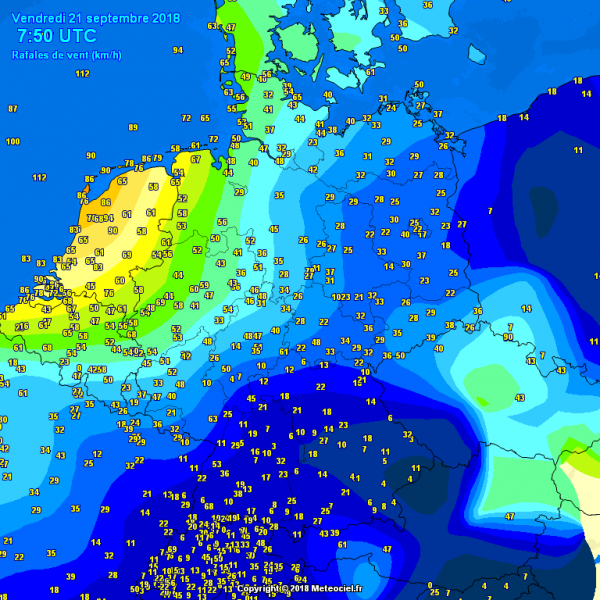 Satellite image analysis reveals an impressive deep cyclone moving across the North Sea with a cold front approaching Denmark, extending south into NW Germany, Benelux and France. A lot of convection is ongoing along the occluded front over the sea while a powerful cold dry intrusion is being pushed from the eastern Atlantic across the southern British Isles, Ireland and further towards the cyclone’s center low in the North Sea. This intrusion could potentially develop a “sting jet” wind maximum in the coming hours. 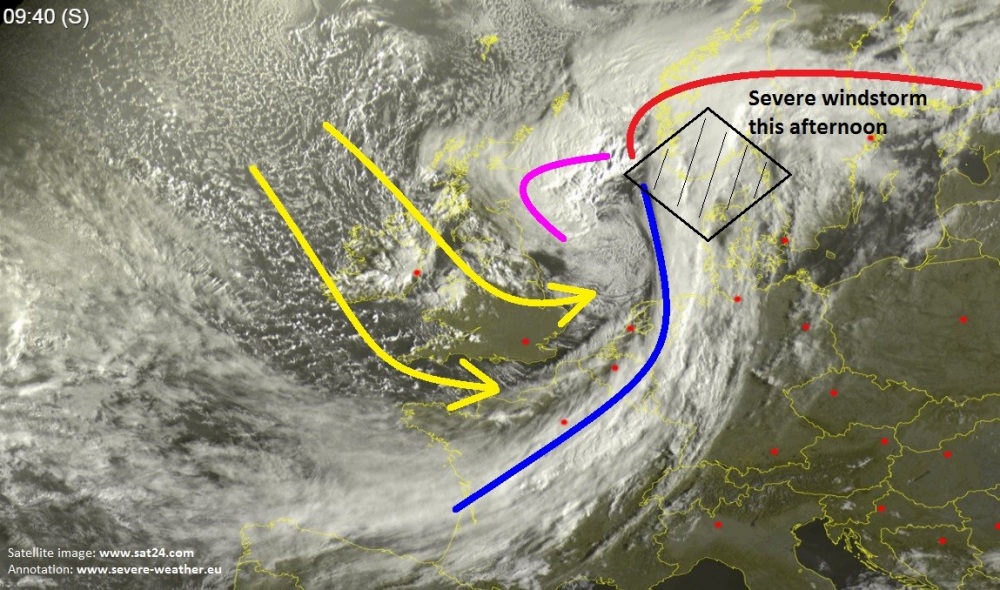 Here are a visible and water vapour satellite animations of a rapidly deepening cyclone over the North Sea:

Visible satellite animation of a rapidly deepening cyclone over the North Sea. A severe windstorm is in developing, expected to being extremely severe wind gusts into N Denmark and S Norway later this afternoon. Animation by @meteociel

The cyclone will continue deeening through the next hours and winds are expected to intensity more. Here is the sequence in 3 hour steps from 12 until 21 UTC today, regarding the track of cyclone, based on the ARPEGE model: 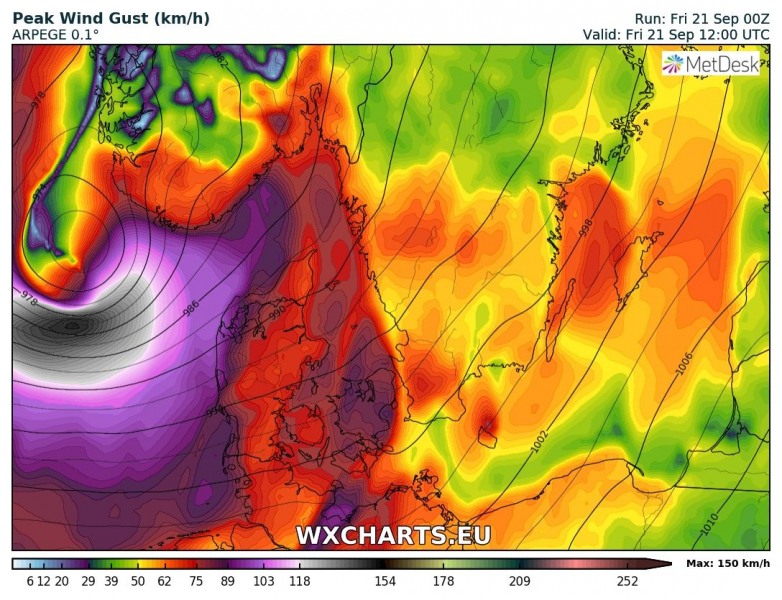 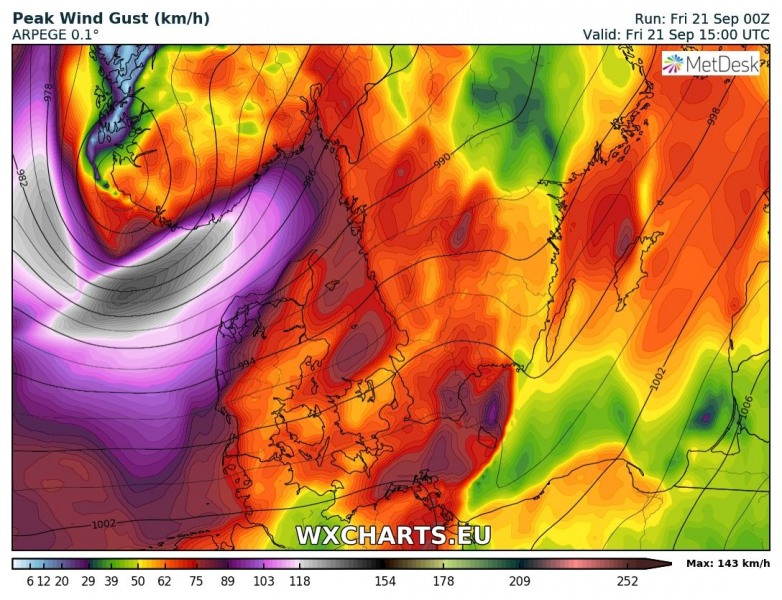 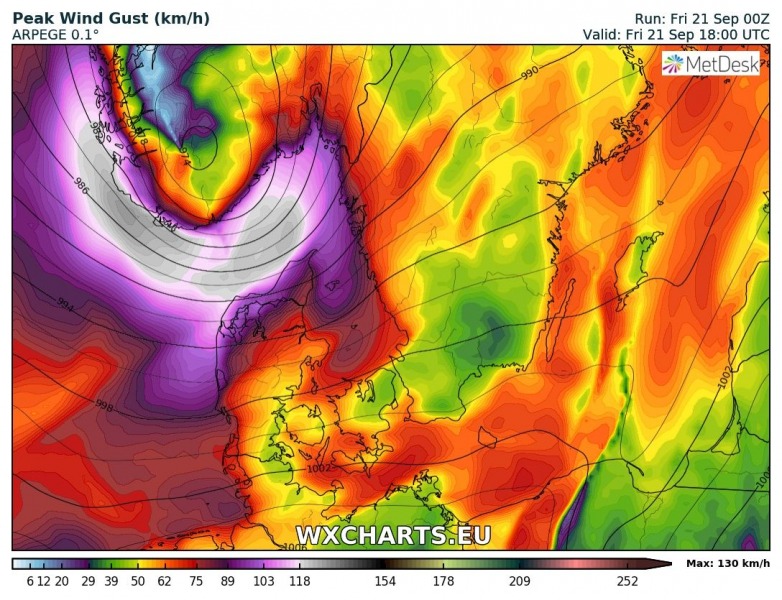 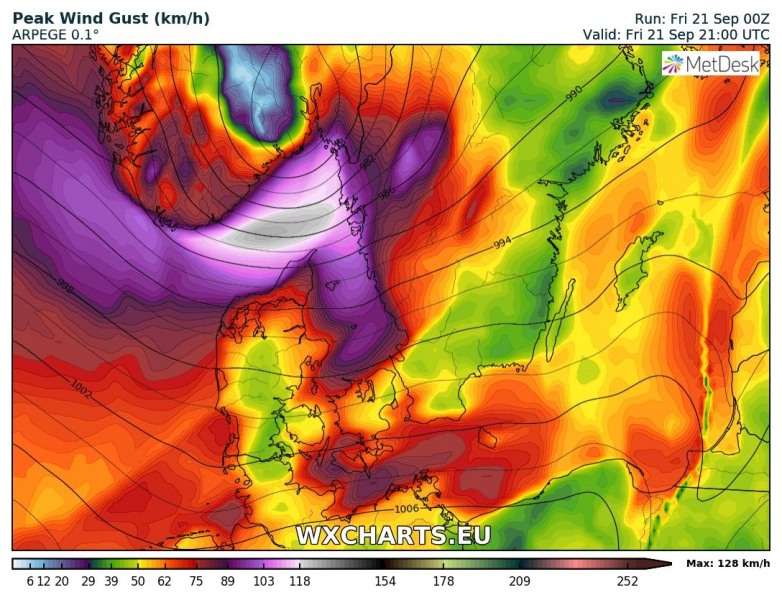 Peak wind gusts swath today, based on ARPEGE, ICON-EU and WRF-ARW models. Models are hinting at a swath of extremely intense gusts which could be a sign of a sting jet development in the early afternoon hours. 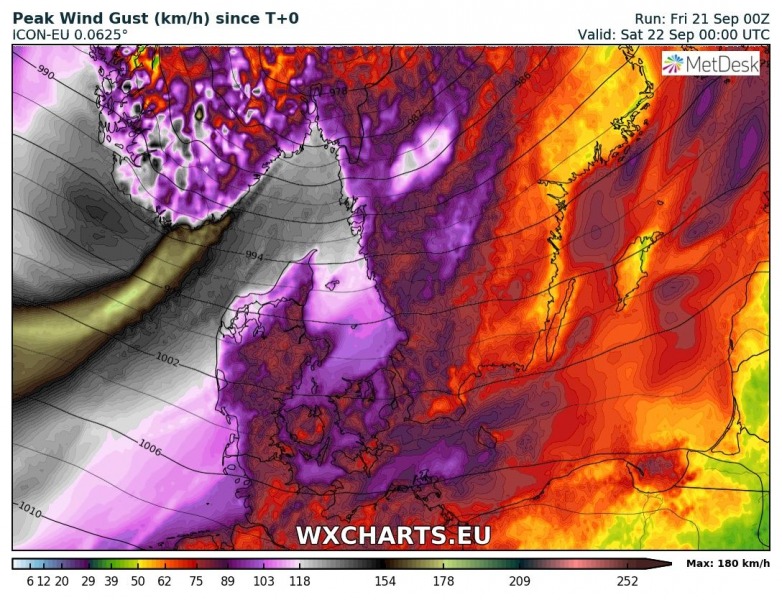 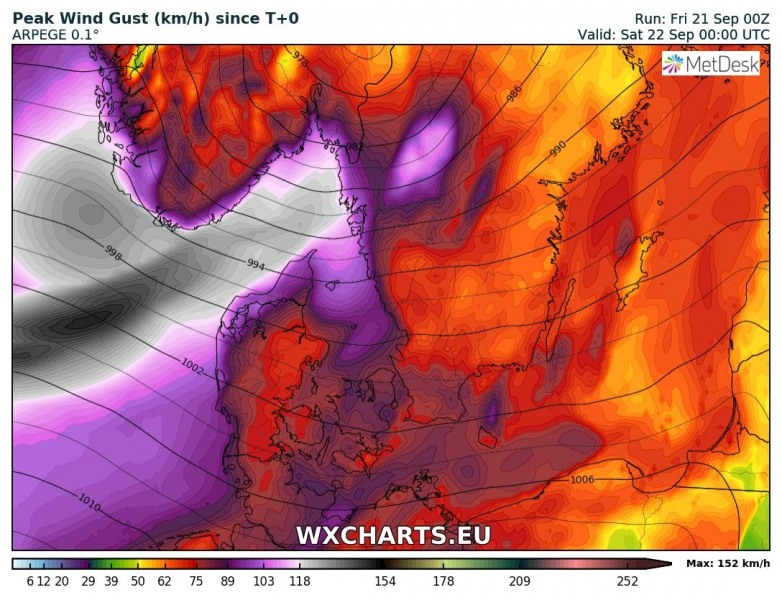 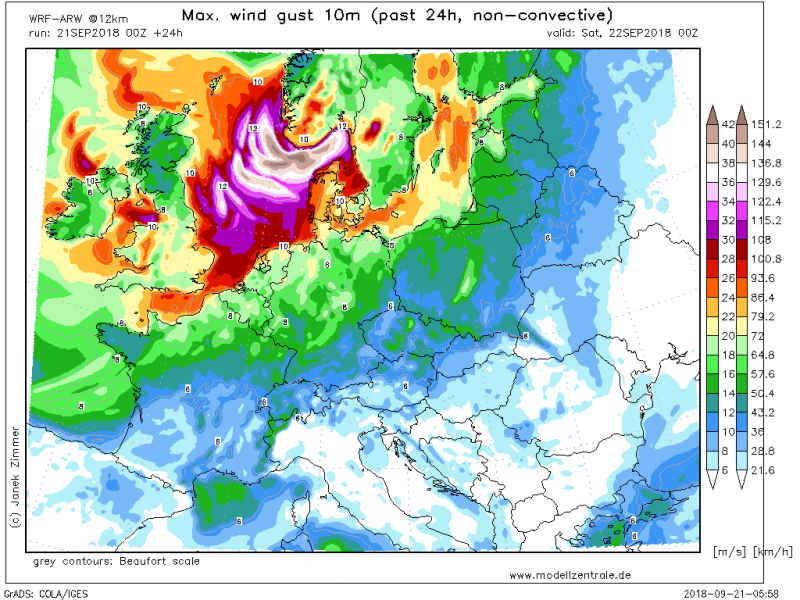