The summer of 2018 (June-August) is the hottest on record since the beginning of continent-scale records by NOAA in 1910! 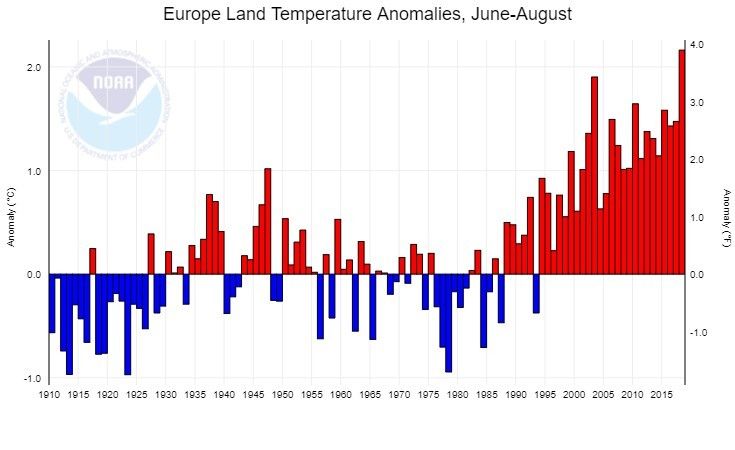 Europe land temperature anomaly for the period June-August compared to the 1910-2000 average. Data and plot: NOAA.

Latest update on the intense windstorm for N Denmark and S Norway today
← Previous
Update on the developing heat wave in Spain and Portugal
Next →
Comments are closed.