The Arctic outbreak which is expected to shut down late summer across much of Europe, is very well confirmed by the latest model runs. Let us take a look T the latest trends, some minor changes are seen in the pre-outbreak environment. The airmass behind the Arctic front will be extremely cold for late September, such outbreaks are actually quite rare and it could potentially bring first frosty mornings in some regions across east-central Europe and the Balkan peninsula mid next week.

The change in pattern starts tomorrow, as the cold front associated with the deep trough/cyclone with windstorm crossing North Sea and Denmark is pushed across the central Europe and towards the Balkan peninsula. Significantly colder airmass will spread behind the front. 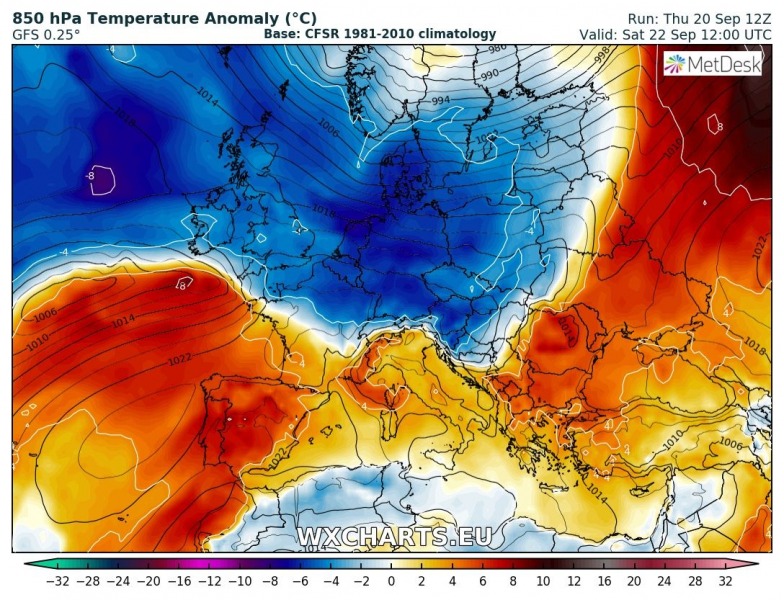 However, it will not last long. The upper ridge which dominates SW Europe and is resulting in significant heat wave across the Iberian peninsula, will expand towards the west-central Europe again over the weekend and push strong warm advection back north. This will result in strengthening temperature and pressure gradient across the baroclinic zone to its north. 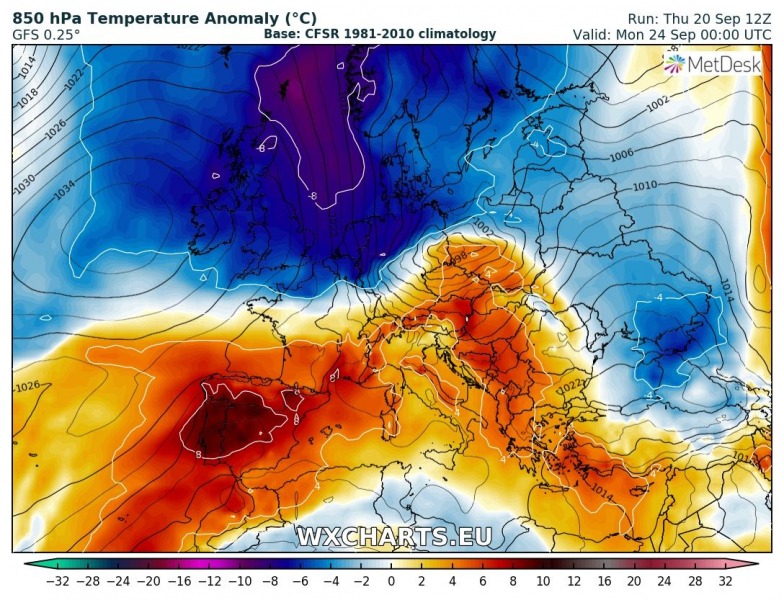 As a result, rapid cyclogenesis will take place across western Europe and push towards east and develop a sharp cold front between very warm airmass to its south and Arctic cold airmass to its north. An Arctic outbreak will then rapidly spread across east-central Europe into the Balkan peninsula through Monday and Tuesday. 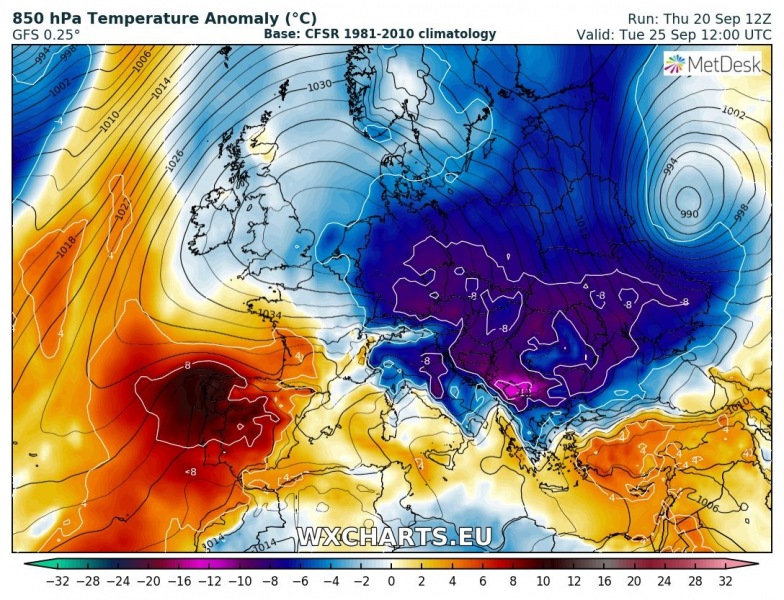 A very powerful upper ridge and high pressure system will develop behind the Arctic front and dominate western Europe, while to the east the deep trough will remain for a few days. A quite strong meridional flow will allow Arctic airmass advection, pushing cold airmass far south across the whole Balkan peninsula and towards Turkey, as well as towards southern Mediterranean and north Africa. 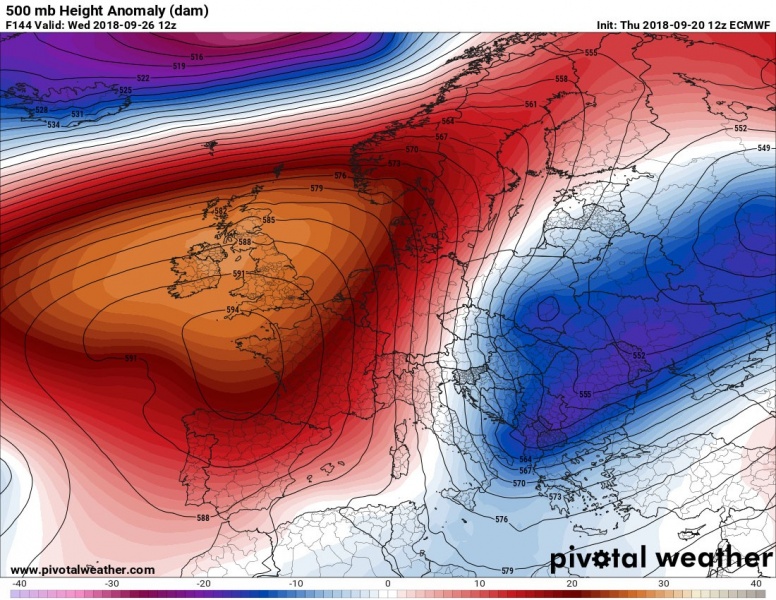 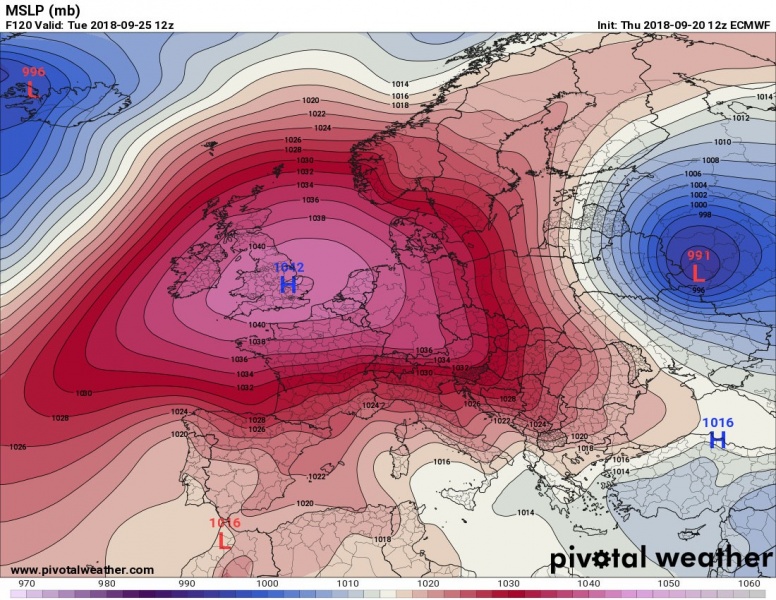 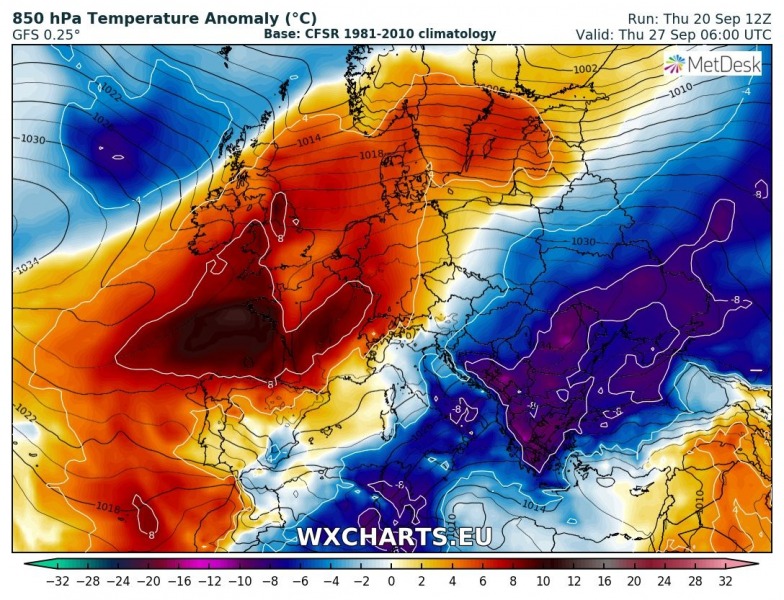 For a recap, here is a pretty impressive ensemble forecast for central Serbia where two cold fronts are best visible. Notice how sharp and much more intense the second, Arctic front will be on Tuesday, Sept 25th. The 850 mb (approx. 1500 m ASL altitude) temperature drops from +18 °C to near 0 °C in 12-18 hours period! That is extreme! 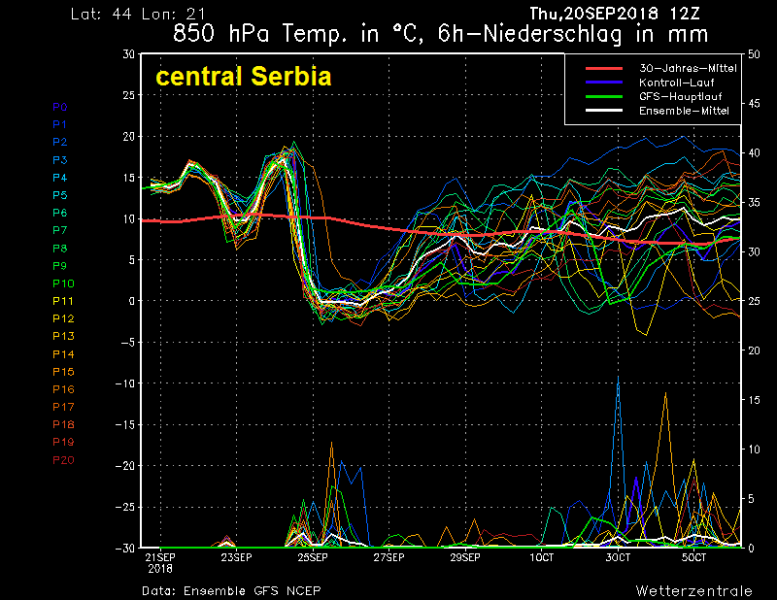 Summary: an unusually strong Arctic outbreak will spread across much of Europe early next week, bringing very cold weather after late summer temperatures persisted through much of September. SW Europe and the Iberian peninsula will remain under a ridge and will have very hot weather.

Stay tuned for further follow ups on the pattern evolution before the significant change.