The progressive weather pattern with several successive disturbances will bring excessive rainfall to some parts of the Iberian peninsula. Locally rainfall totals may reach 150-200 mm by Friday.

The weather pattern across western Europe will be characterized by successive lows passing across the region through the entire week – starting with the deep low on Tuesday. At least two more lows will affect the region until Friday.

Large amounts of rainfall are indicated in extreme northwest Spain and in particular in northern Portugal, where totals will approach and locally exceed 100 mm over a large area. Significant snowfall is expected only over the Pyrenees and parts of northern Spain where up to 100+ cm and 20-50 cm of snowfall is expected, respectively. Other areas may see mostly intermittent snowfall with small accumulations of several centimeters. 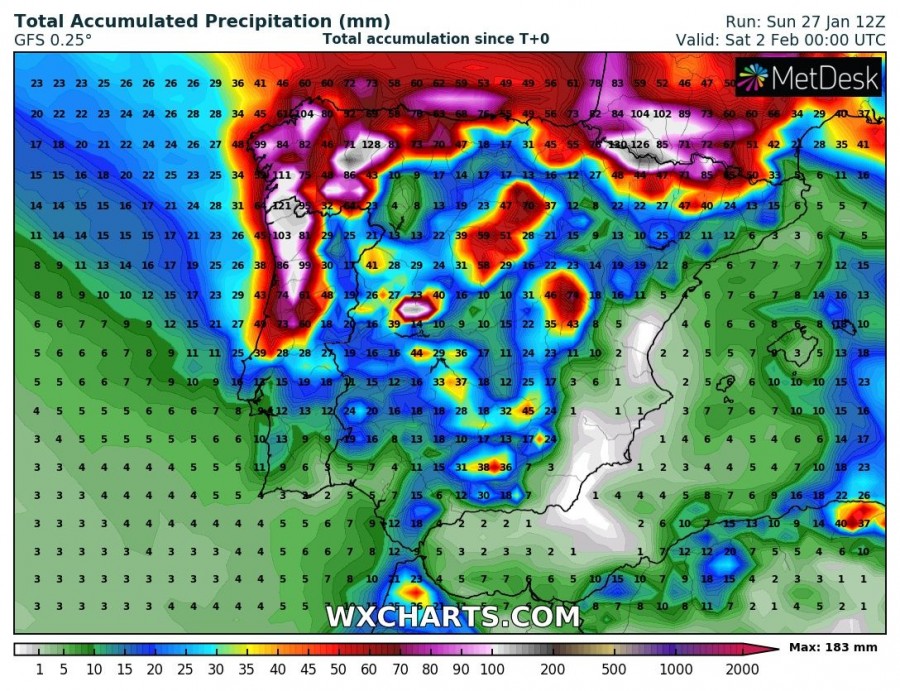 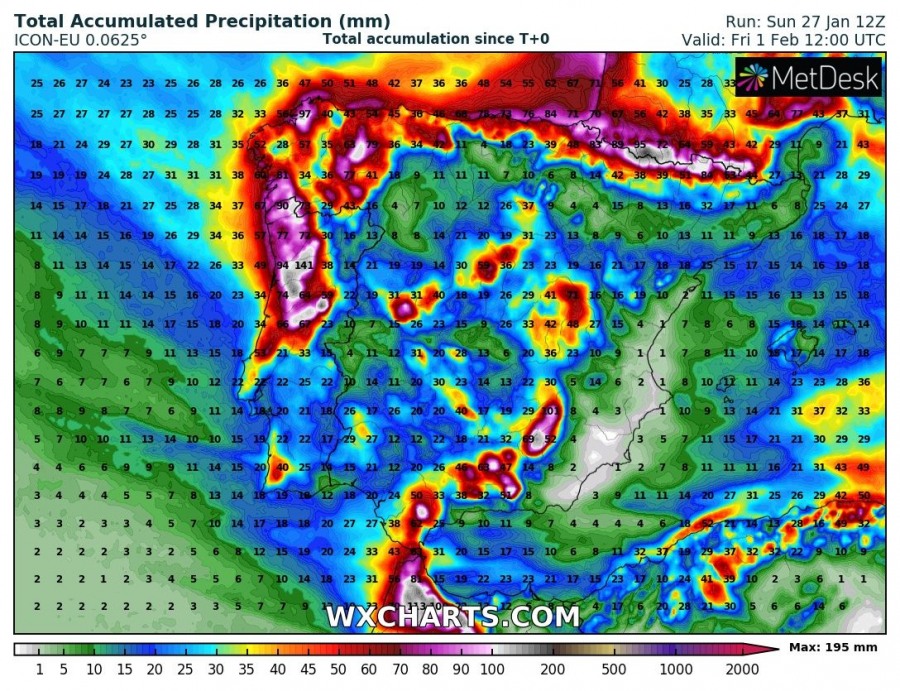