A rapidly developing deep cyclone took place over the Labrador Sea and south of Greenland. Hurricane-force winds have introduced a violent windstorm, resulting in significant wave height in excess of 18 meters as it has been analyzed by NOAA OPC forecasters. Although the cyclone is now weakening, its core remains very large. The result is a large swell. Strong winds that are persisting for a long time over a large area and its wind field following the swell, mean a massive swell is being generated. Maximum swell has been reached today and should diminish with time in the next days, but however, should still remain very large. It is expected to arrive into western Europe by late Tuesday / early Wednesday.

A deep upper-level trough with an associated deep surface cyclone over the North Atlantic will remain very large, but continue its weakening trend in the next 3 days while slowly drifting SE towards western Europe. It will reach the Bay of Biscay by Wednesday. Today, the cyclone has developed a significant swell with waves reaching 16-18 meters. 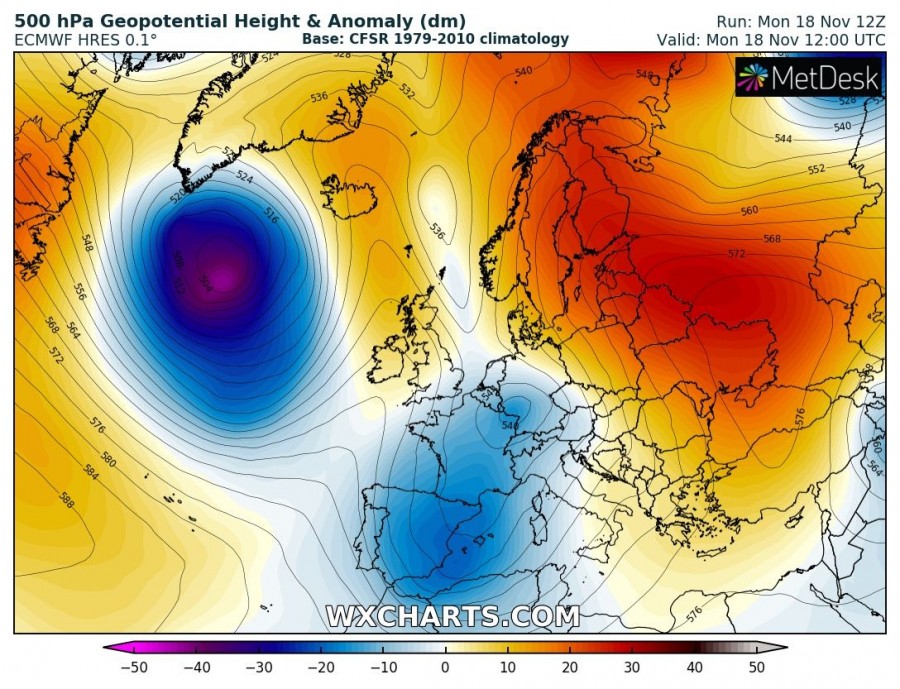 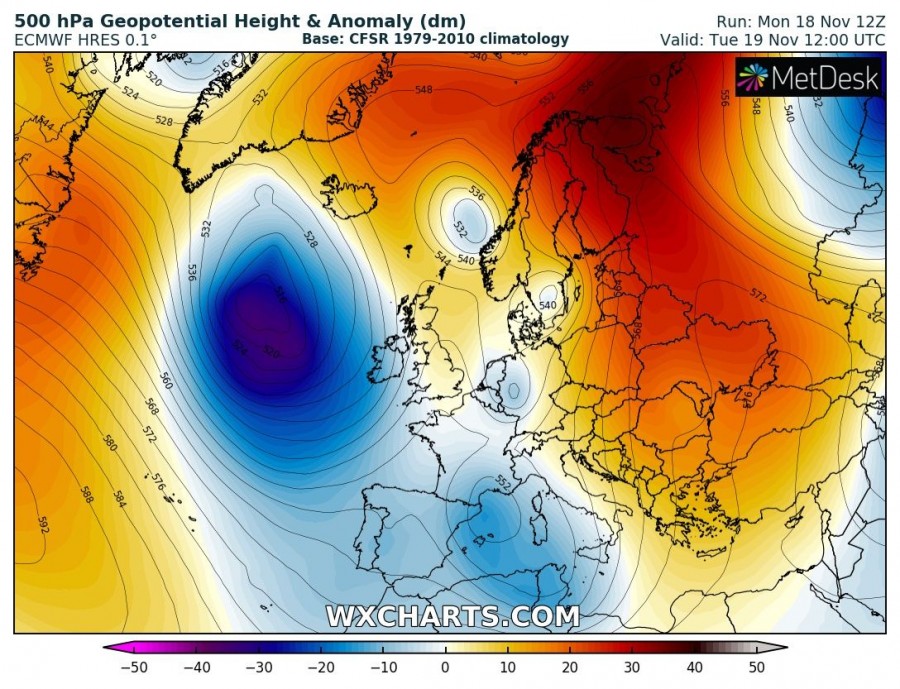 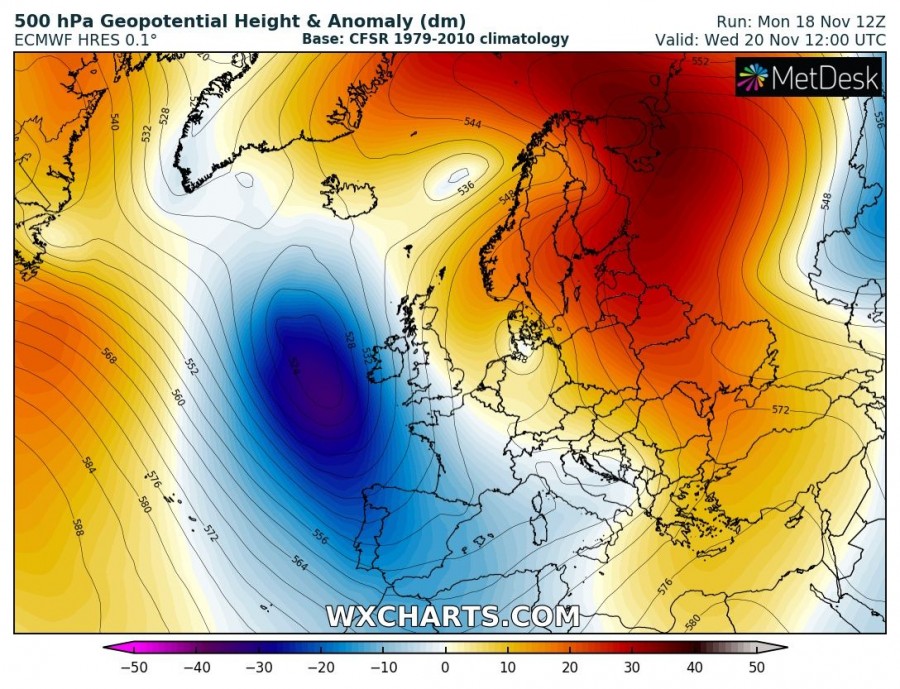 Current forecasts are showing a large and long-period swell from the WNW arriving at westerly exposure areas, such as Ireland and Galicia (NW Iberia) sometime late Tuesday, Nov 19th and then hitting other areas on Wednesday. It appears likely the highest swell can be expected in Ireland. 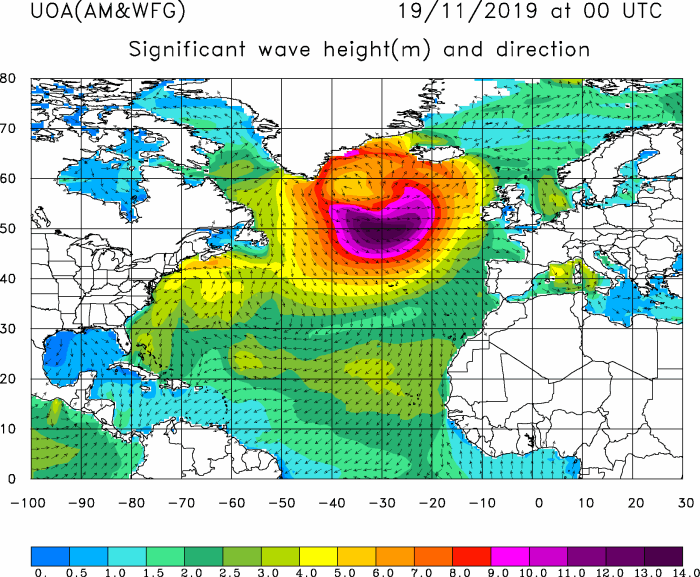 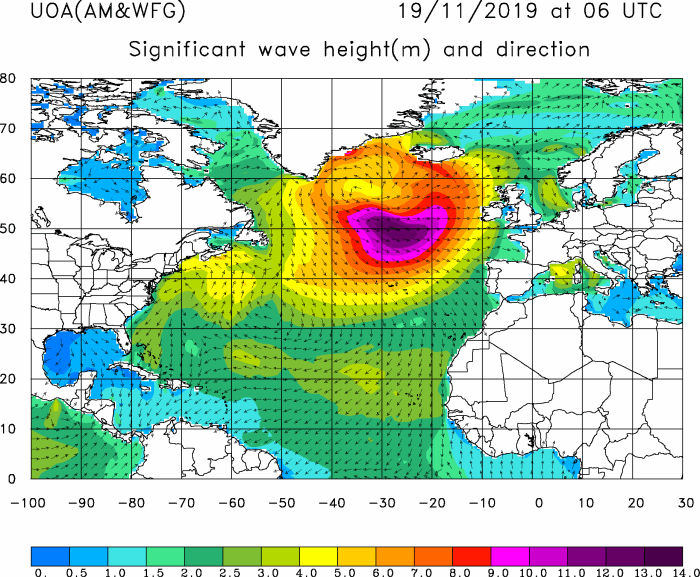 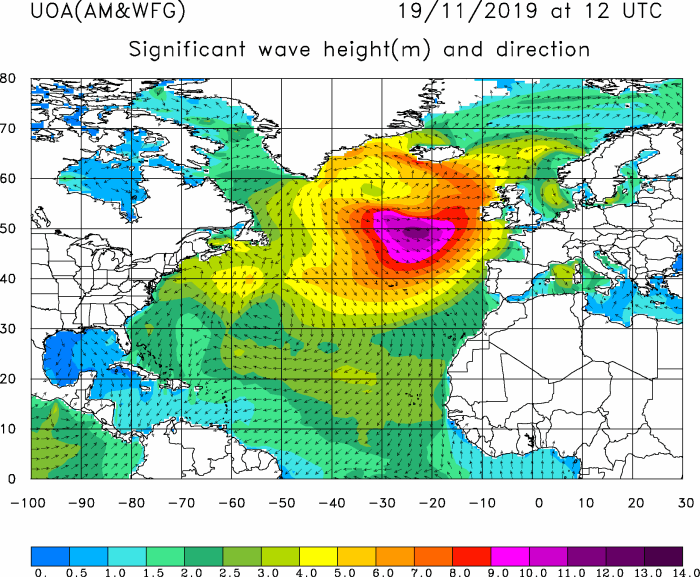 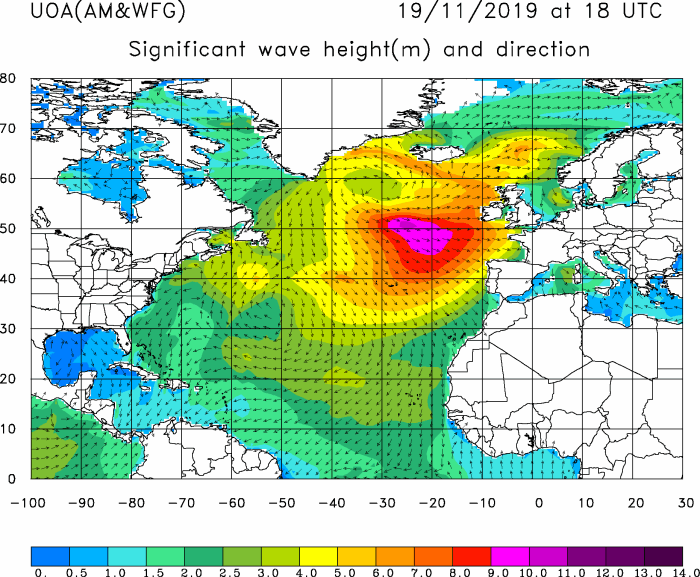 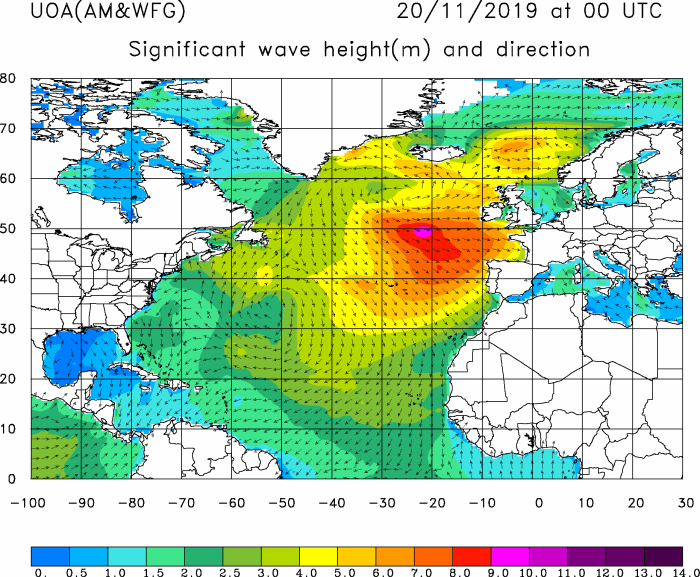 Peak wind gusts should not be particularly strong, as cyclone will have a broad pressure gradient. When it arrives closer to the European continent, it brings winds at max 90-100 km/h. 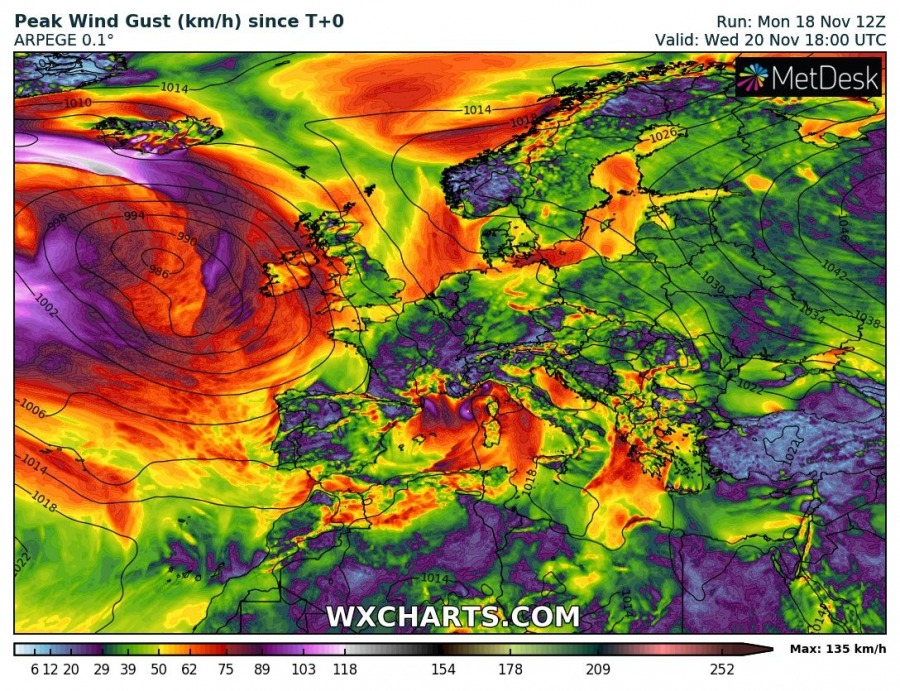 See also – details on the very large and deep cyclone in the North Atlantic: