Long summer lasted far into September in the southern Mediteranean, so many tourists have extended their vacation in Greece. We take a look the southwestern Greece which will be in the high risk zone for dangerous weather associated with the Medicane today and tomorrow. The Medicane is expected to mature this afternoon and should reach its peak intensity overnight and tomorrow morning, Saturday, Sept 29th. It will then track towards the southern Greece and bring major waves in addition to severe to extremely severe winds. Waves could reach 10-15 m maximum height in some areas and develop a life-threatening weather situation along the coastal areas of west and north Crete, south Peloponnese and many islands across the Cyclades as well.

Below are graphics for peak wind gusts through Saturday, valid from midday until late evening, zoomed into Greece, Cyclades islands and the Aegean sea. 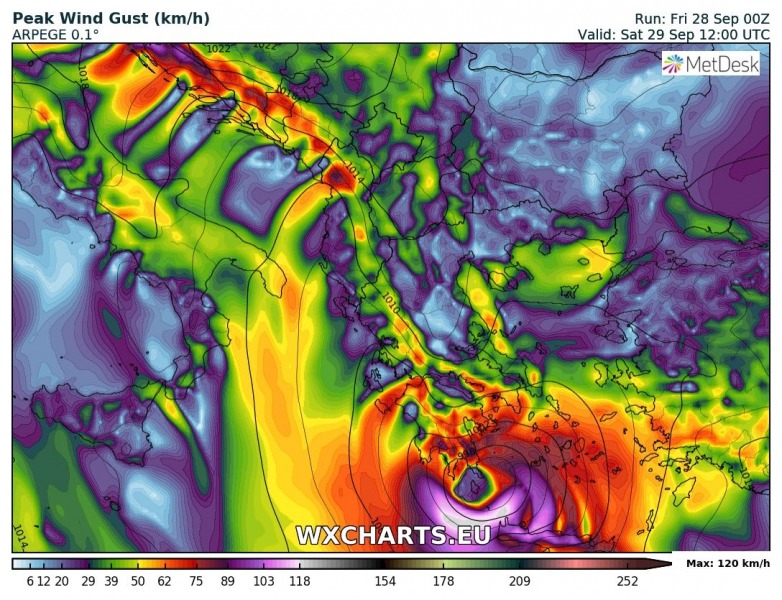 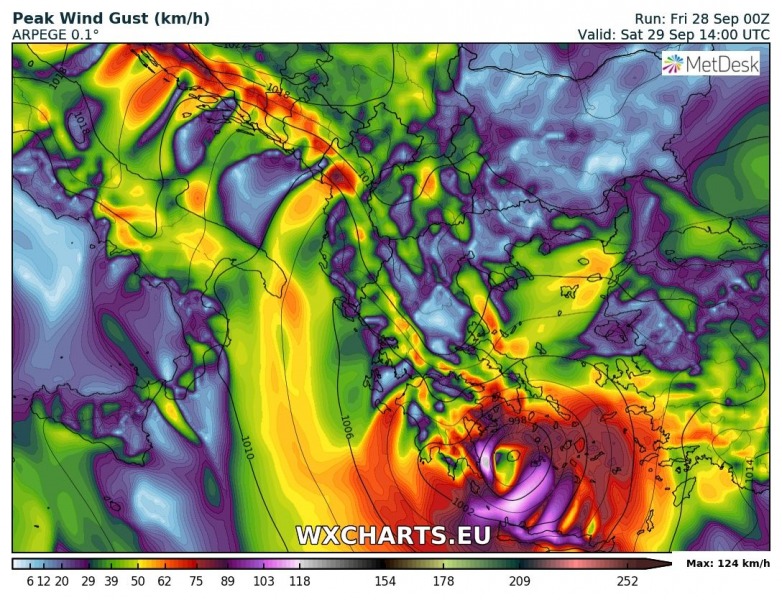 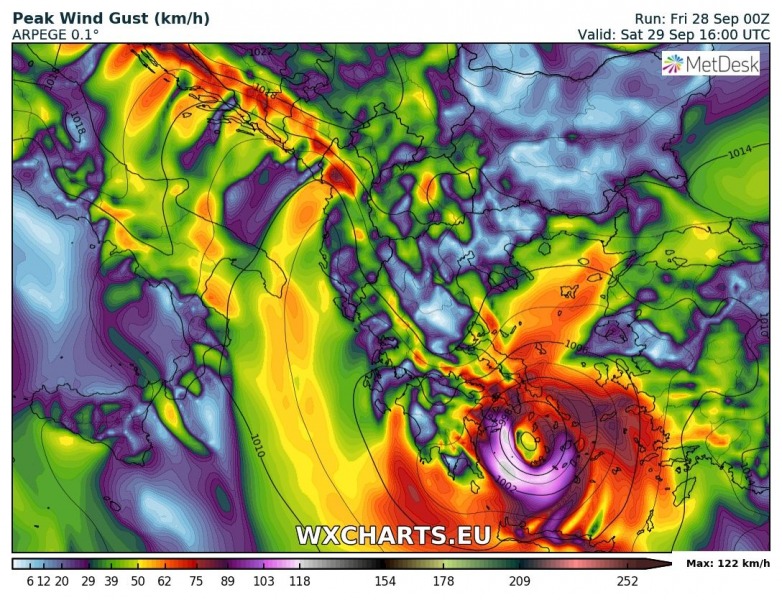 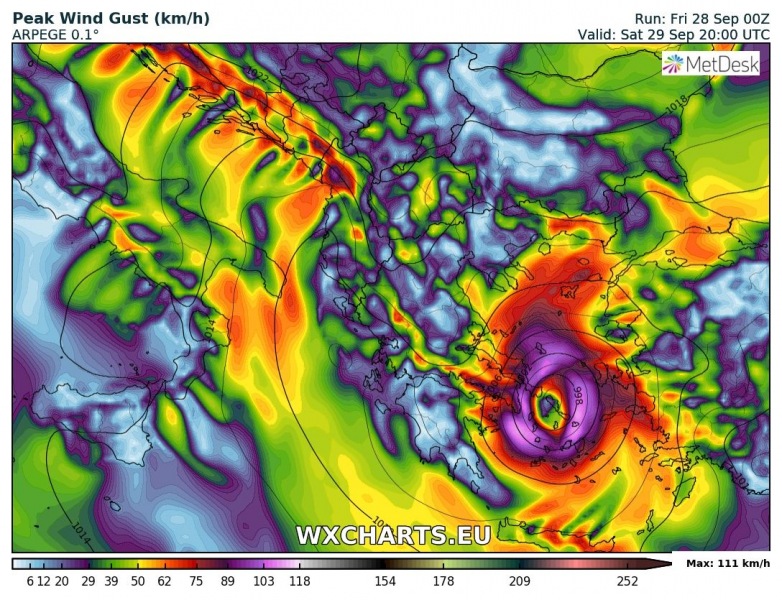 Here is a complete swath of peak wind gusts across Greece and Aegean sea until Sunday afternoon – 100-120 km/h gusts are likely to experience across most of Cyclades. 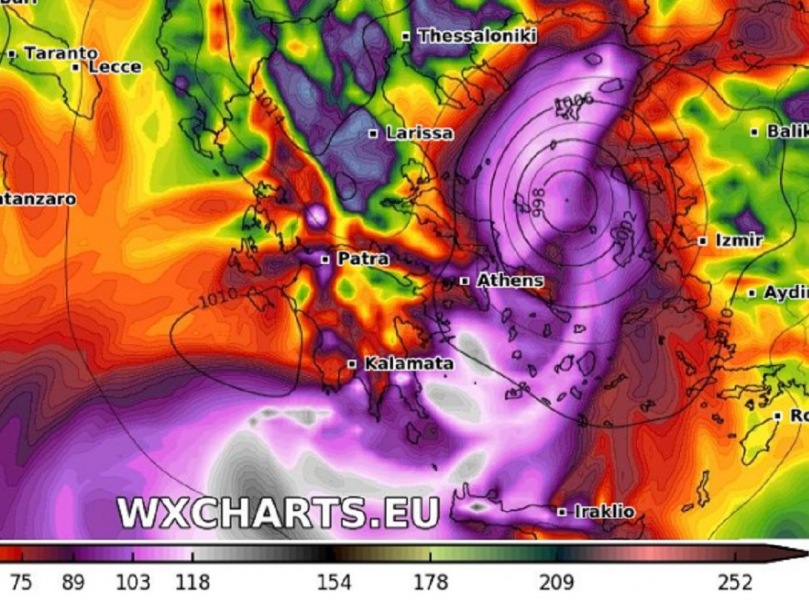 Maximum expected sea waves height through Saturday, attached maps are in 3-hour steps from early morning until late evening hours. Note that maximum height refers to the maximum height reached by the largest waves. Most waves will be somewhat smaller. Waves up to 9-12 m high are possible around the western Cyclades by late afternoon and early evening hours when Medicane will pass just to the NW (across the southern Peloponnese). The highest waves, even up to 12-15 m maximum height, are expected along the south-southwest Peloponnese and western Crete island where the strongest winds will likely occur. It strongly depends on the position of the cyclone’s center how intense the winds and the correspondent max waves will develop. 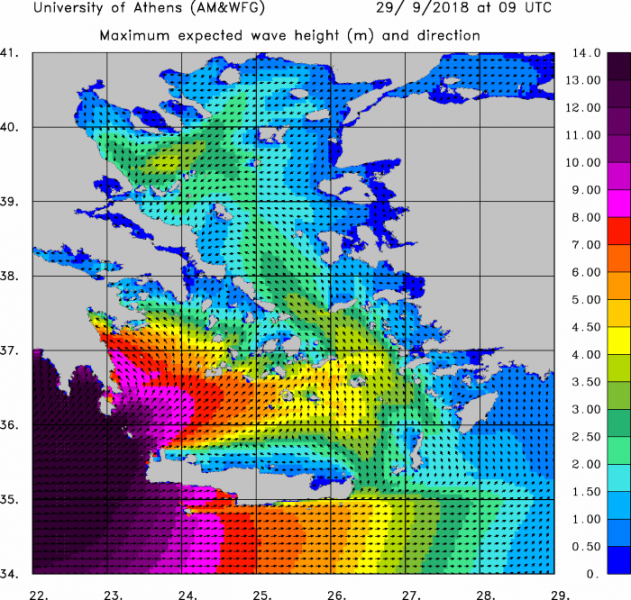 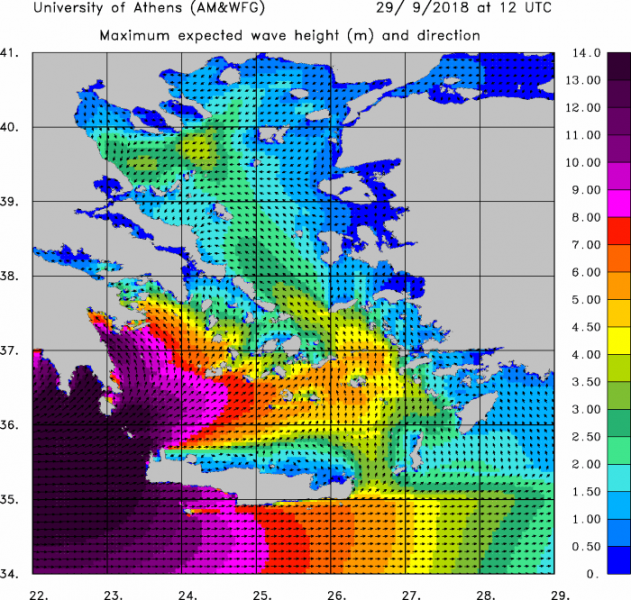 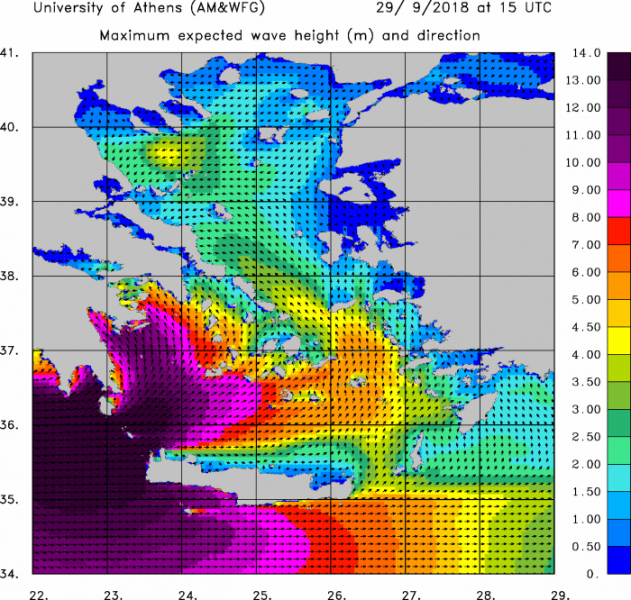 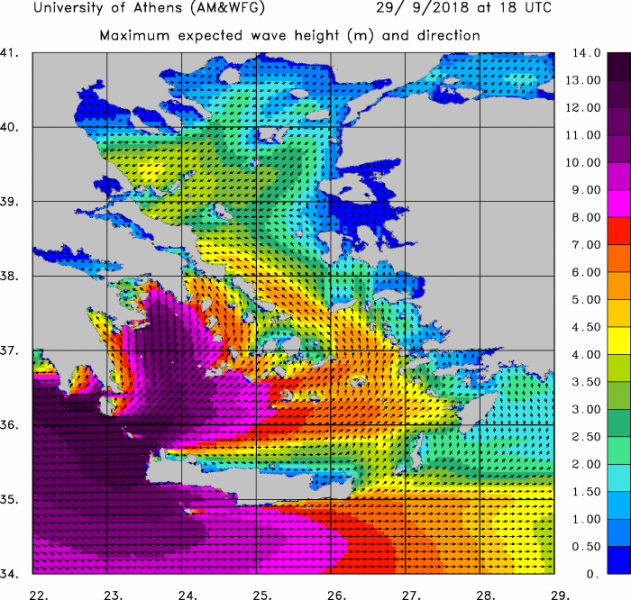 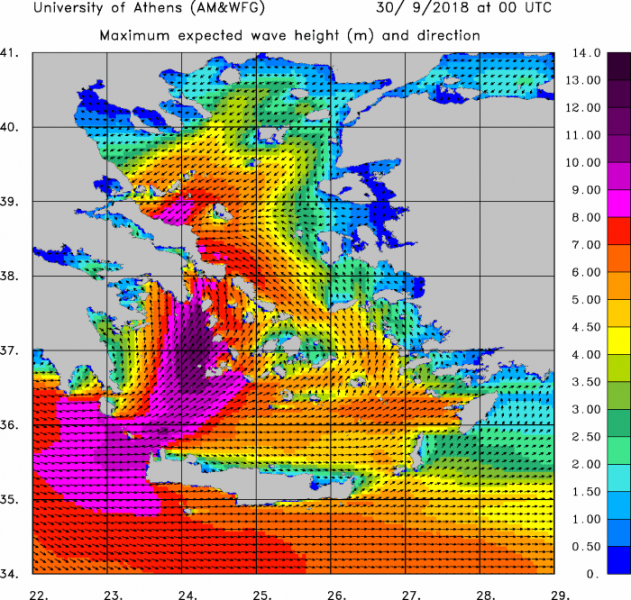 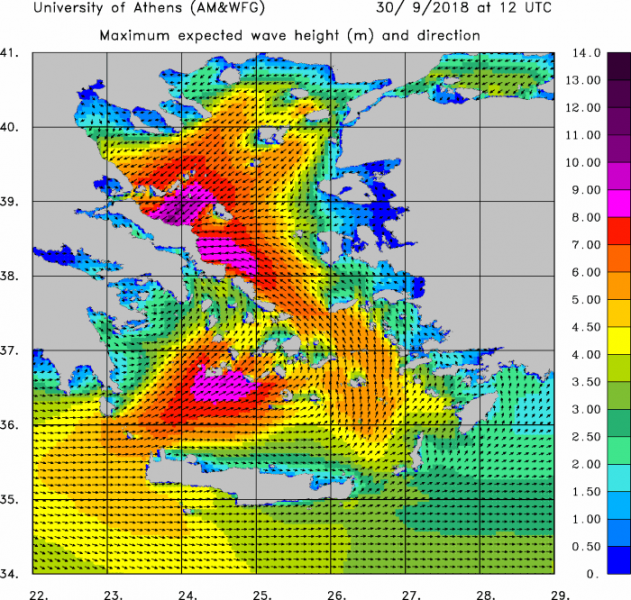 Most of southern Greece and Aegean sea will be affected by severe to extremely severe winds which will result in major wave heights. This will put coastal areas into a life threatening situation with major waves smashing the coastal towns and tourist areas.

Stay alert for dangerous weather conditions – we will keep you updated!

Maps of maximum wave height by University of Athens.