Spending your summer holidays in the western Mediterranean? You may be in for a dusting.

A broad and relatively shallow cutoff low persists off the western coast of the Iberian peninsula over the next several days. Ahead of the low, southerly Scirocco winds push warm, dust-laden air from north Africa into the Mediterranean. 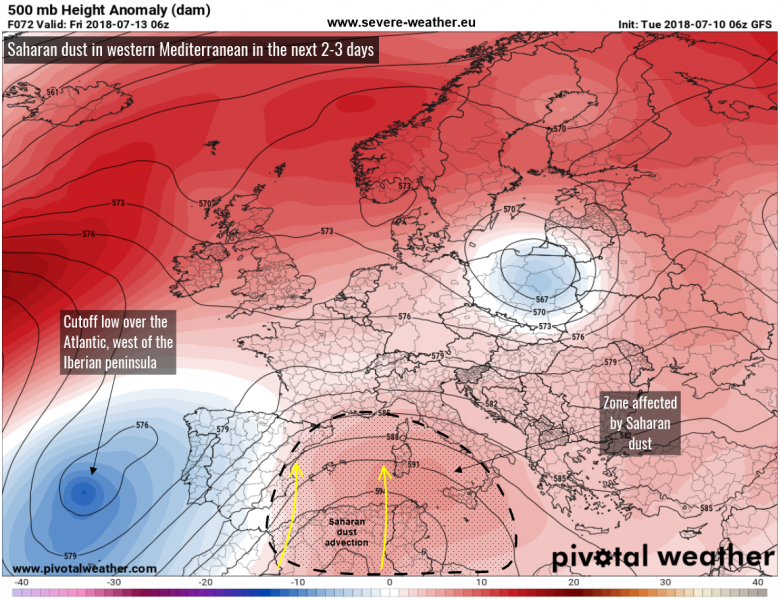 The cutoff low is located west of the Iberian peninsula. The area affected by Saharan dust is denoted by the dashed black line. Map: Pivotal Weather.

While dust loads are not expected to be as big as in some other cases (such as the time parts of Greece turned into Mars), hazy skies and dust accumulations on surfaces are still expected.

Areas expected to be affected include: the eastern coast of Spain, the Balearic islands, Corsica, Sardinia, southern Italy and Malta. Also expect some dust in southern France and northwestern Italy. 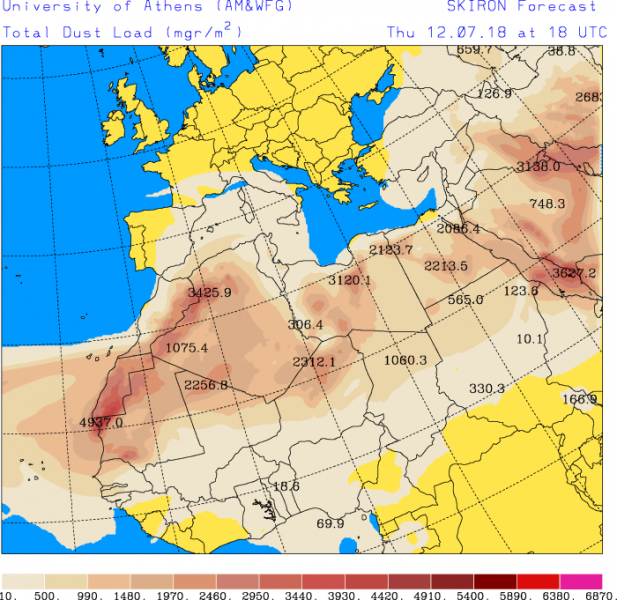 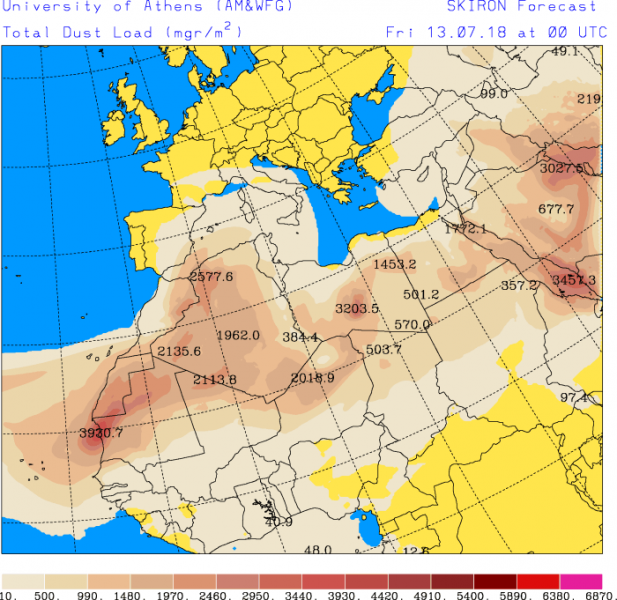 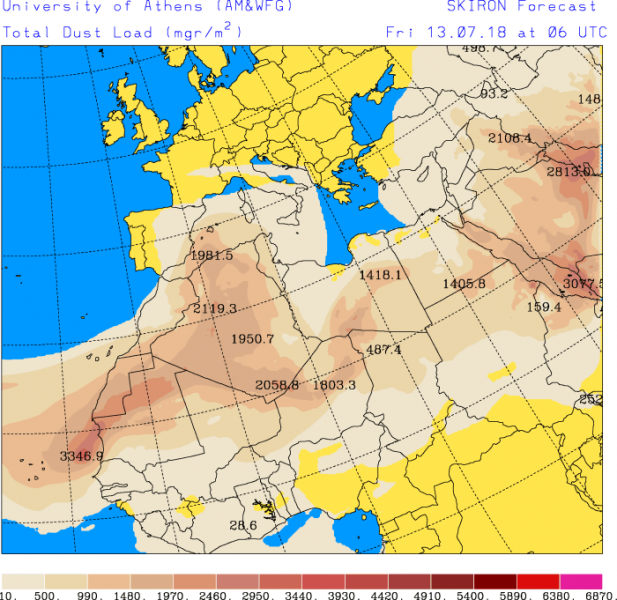 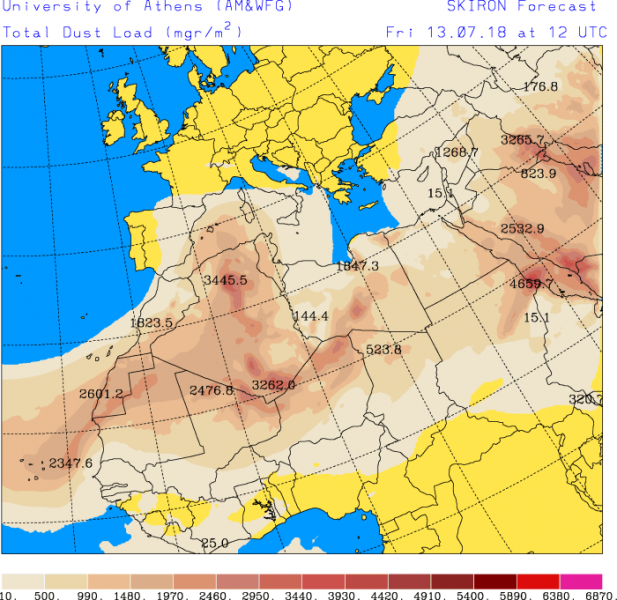 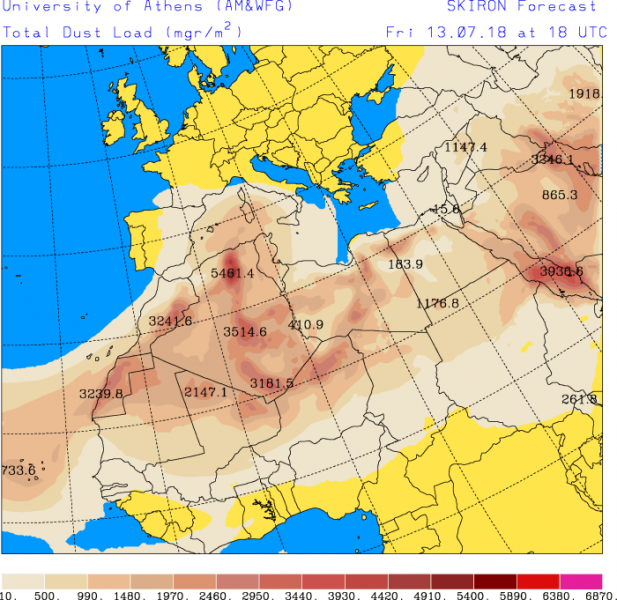 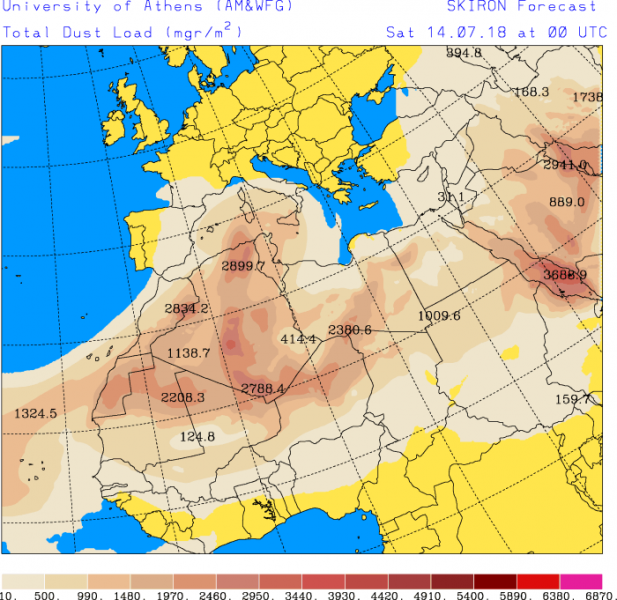 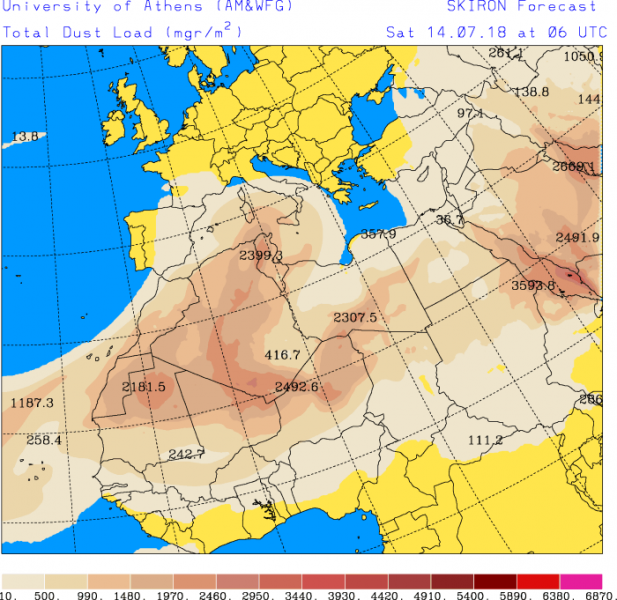 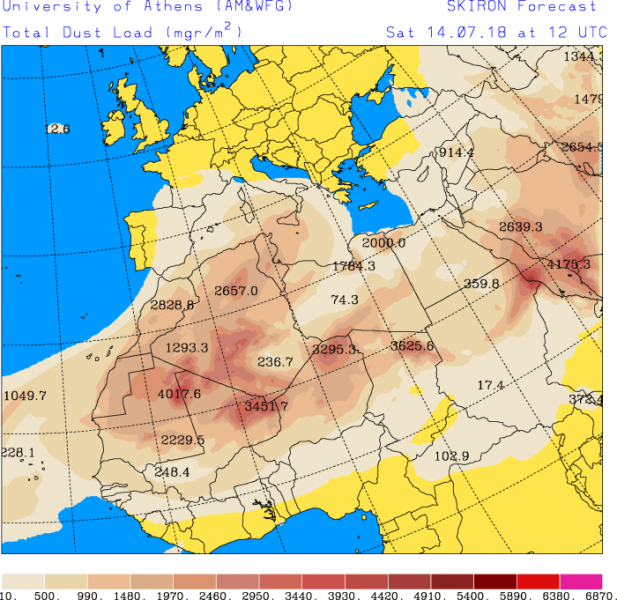 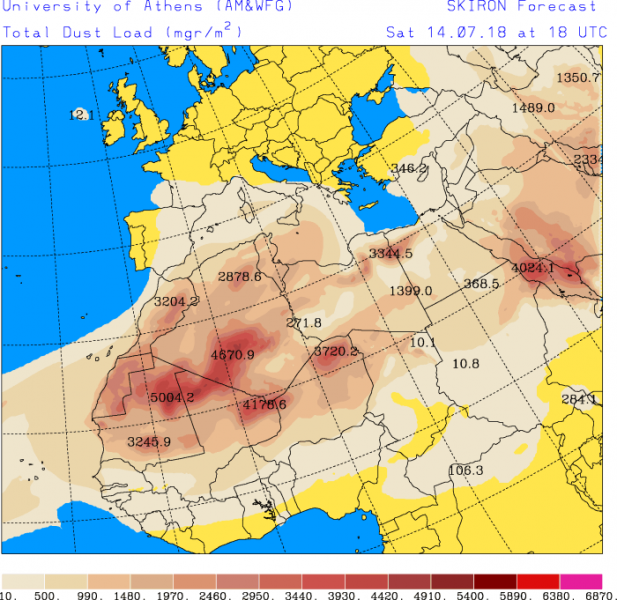 Another round of Saharan dust for the same region appears likely early next week. More on that soon!