As strong meridional flow establishes, pushing warm air advection into NW Europe, temperatures there soar well above average. 850 mbar temperatures will be up to 15-25 °C above average over parts of Greenland.

A strong omega blocking pattern has established over Europe. A broad area of low pressure is located over the Atlantic, west of the British Isles and Ireland. Another broad and deep upper low is located over Russia, with a strong upper ridge extending across central into northwest Europe, the Norwegian sea and towards Greenland. 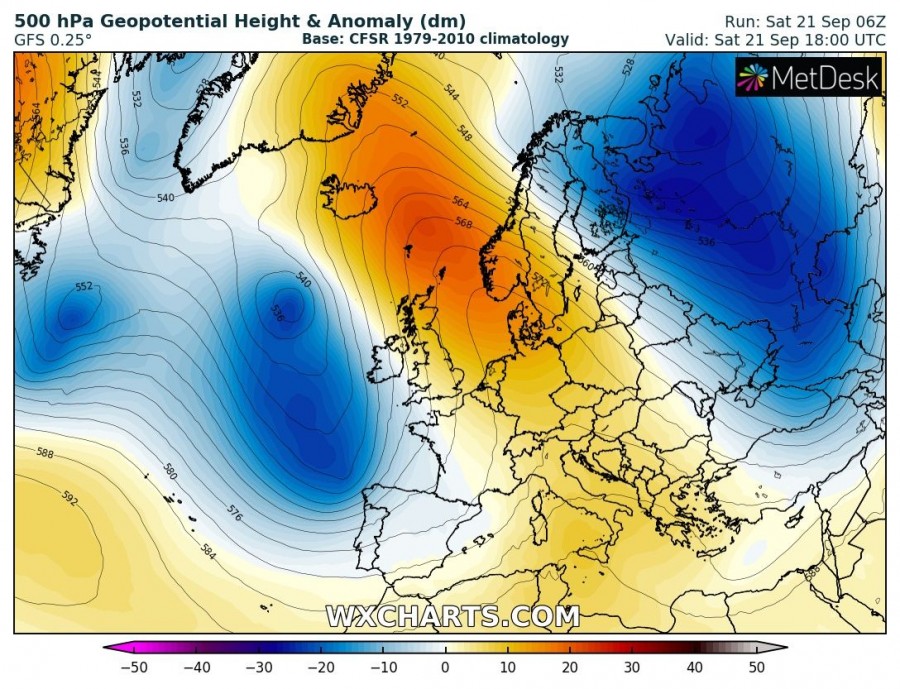 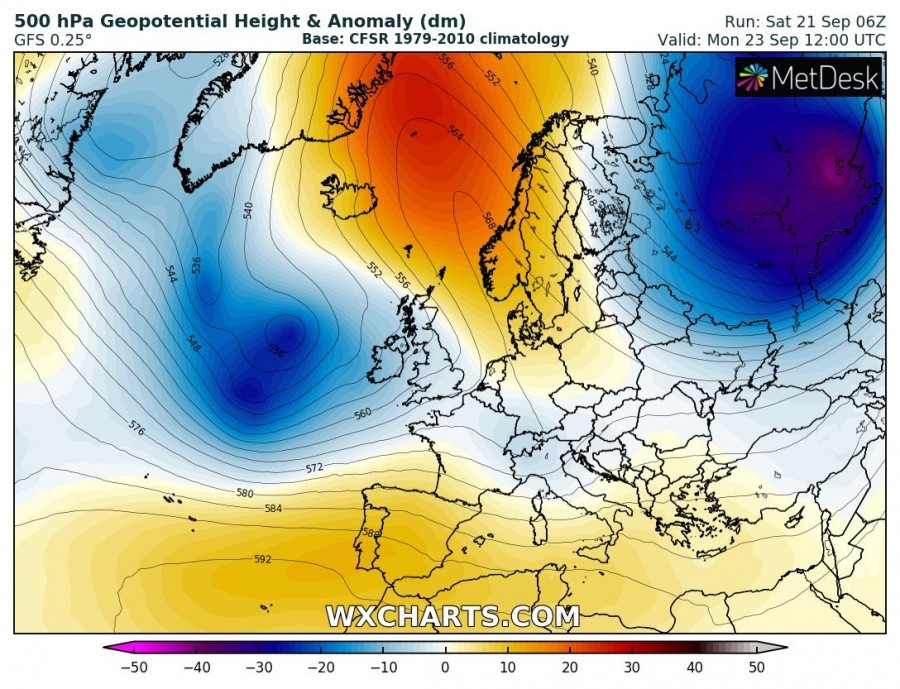 Strong warm air advection is established with meridional flow between the lows, producing a coridor of warm airmass advecting far north. 850 mbar temperatures across central Europe, North sea, British Isles and Ireland will be 8-12 °C above average (1979-2010), and 12-16 °C above average over thewestern Norwegian sea and Iceland. By early next week the 850 mbar temperatures will be about 2-6 °C above average across NW Europe, but 10-20 °C higher than average across Greenland and down south to Iceland. Meanwhile, a blast of cold polar air will push across far northeastern and eastern Europe, up to 8-12 °C below average. 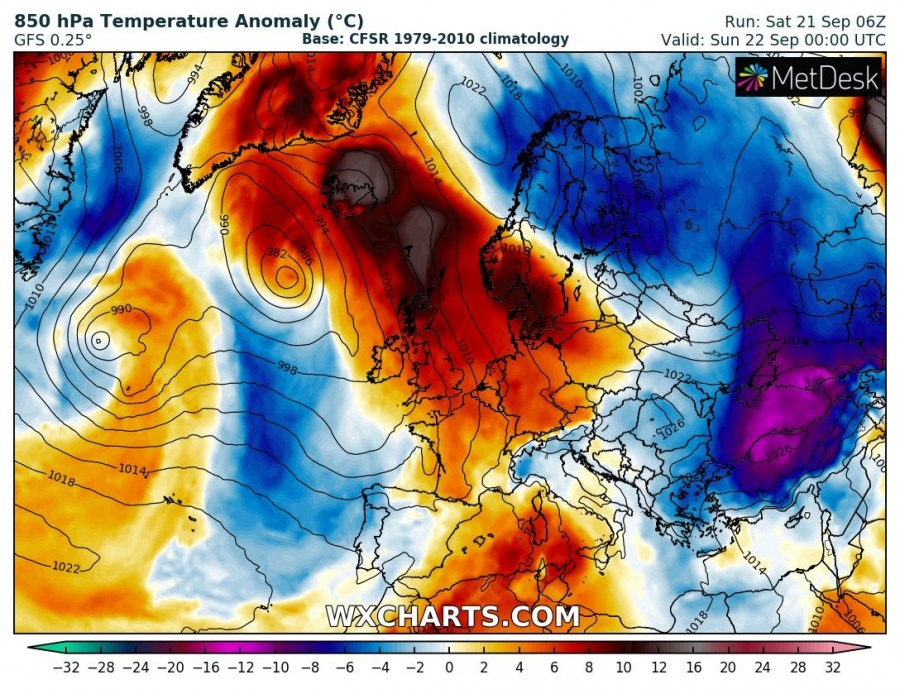 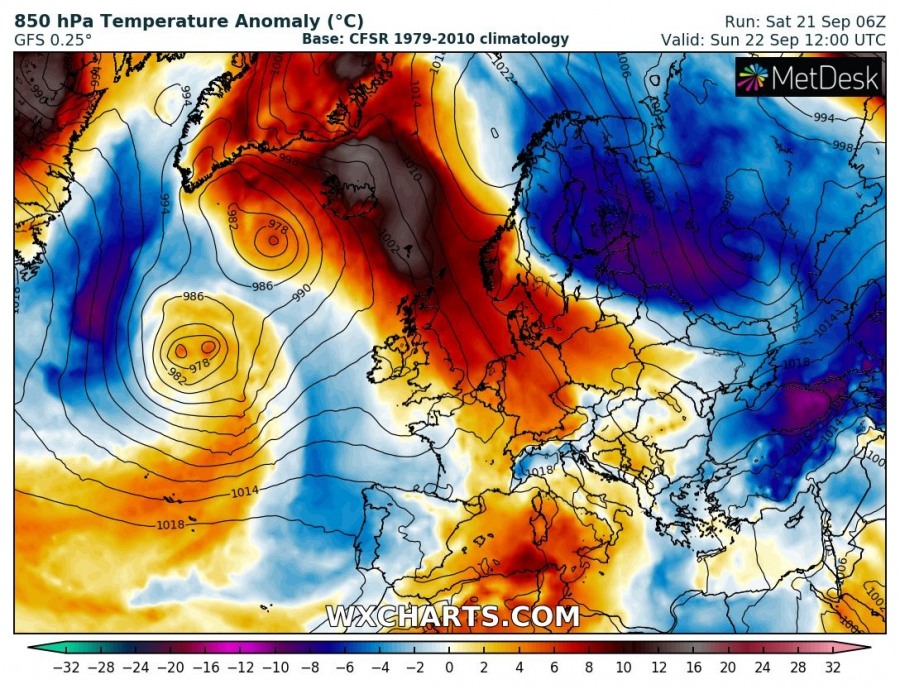 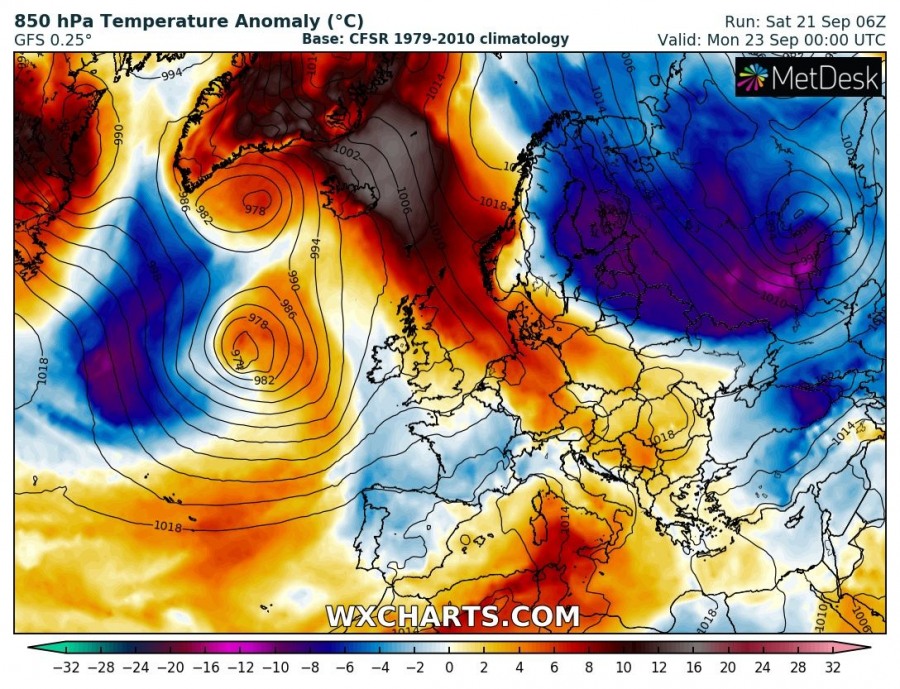 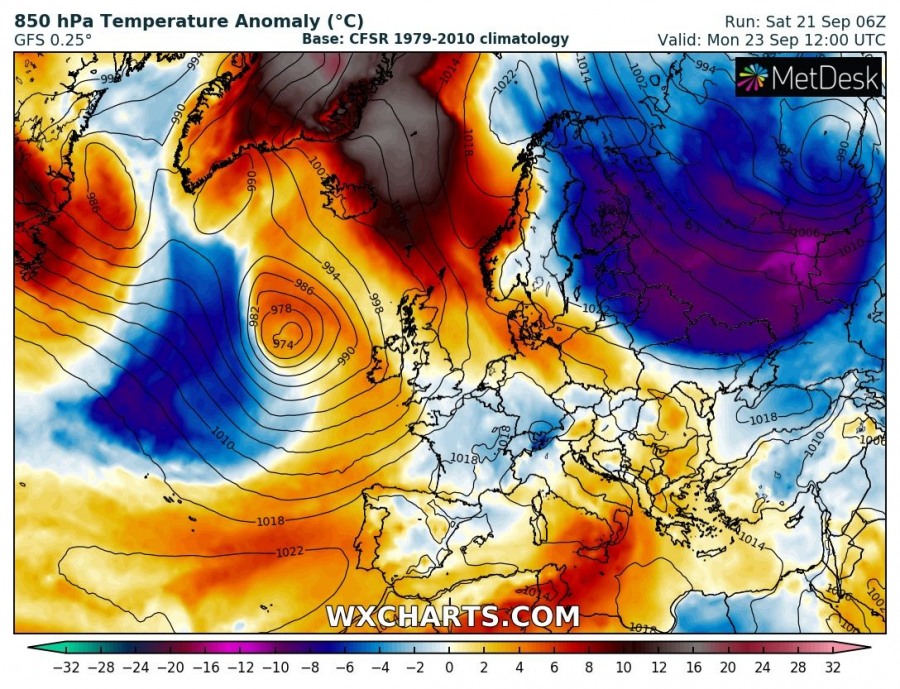 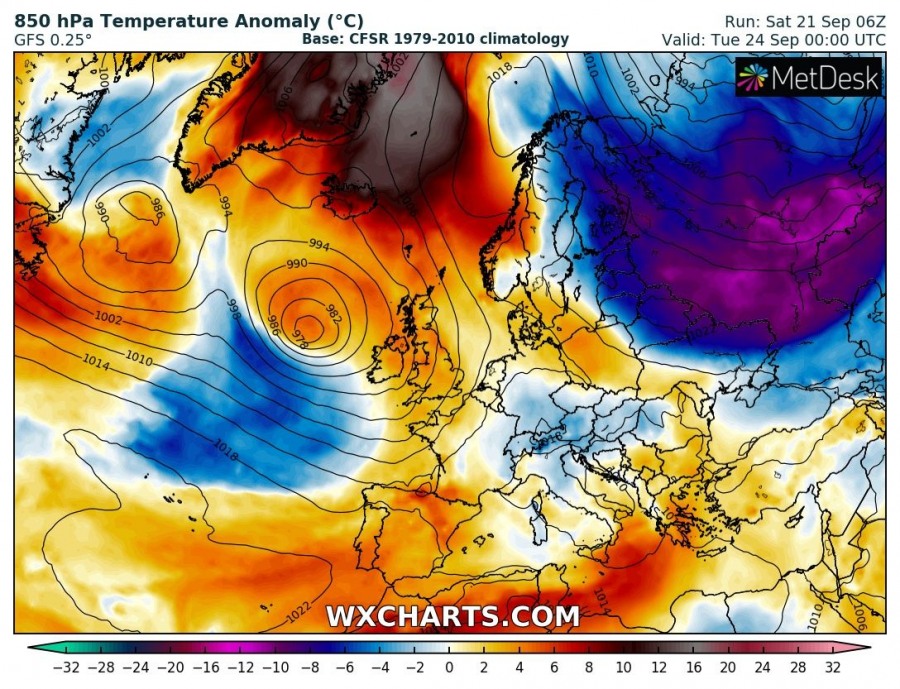 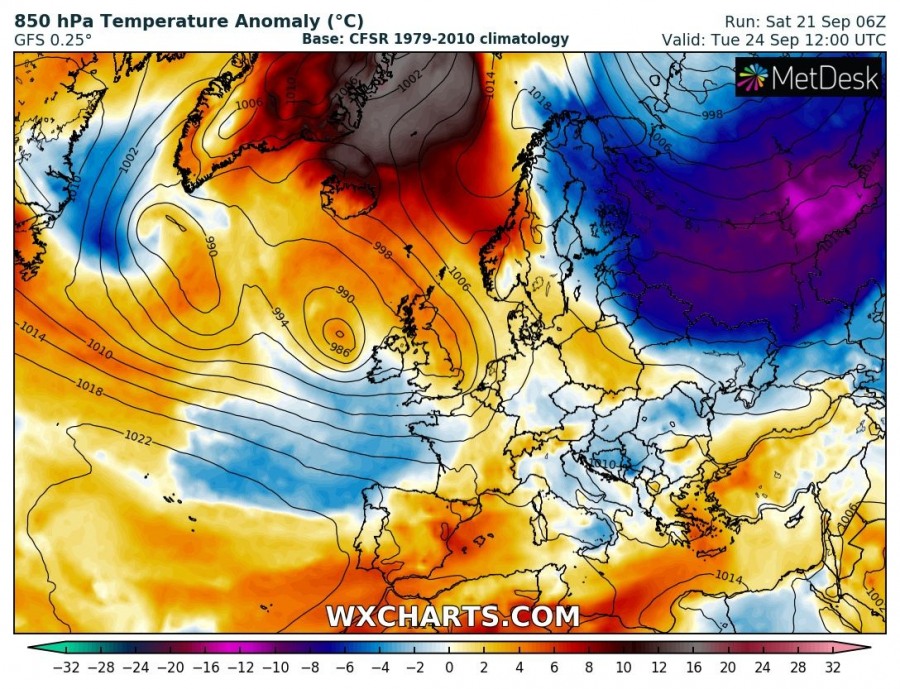 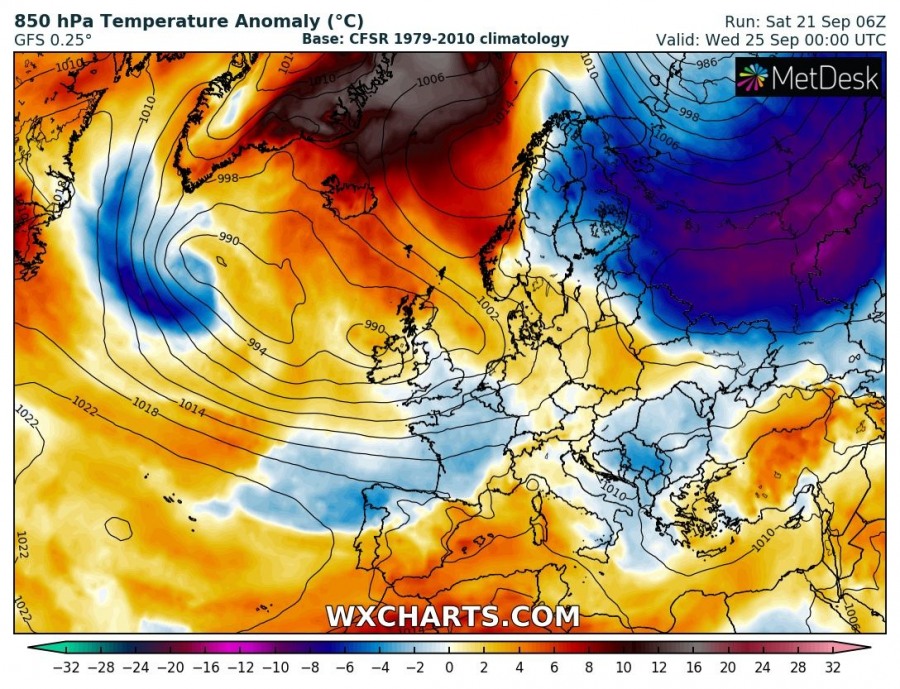 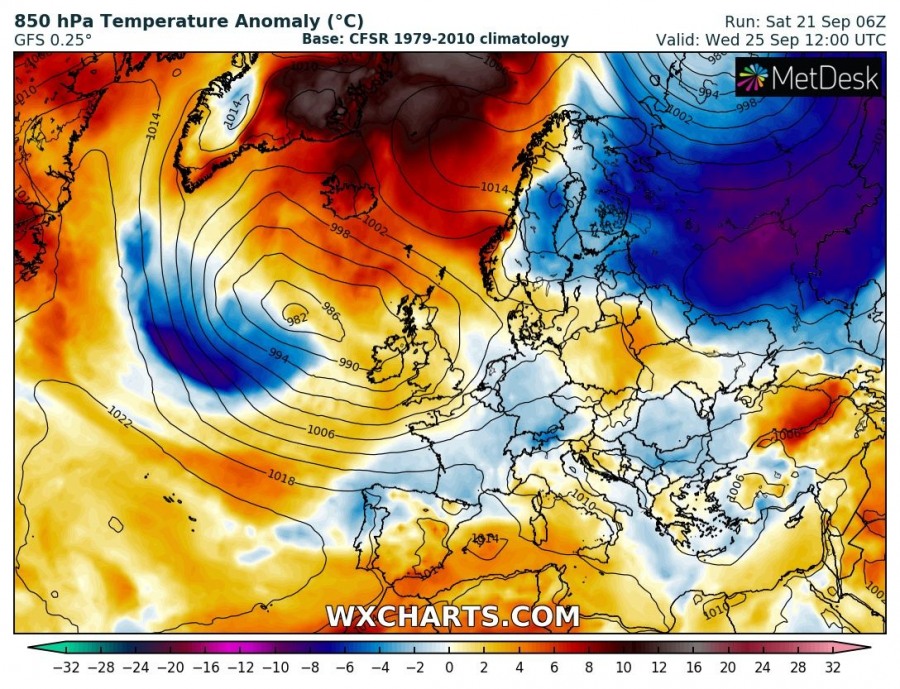 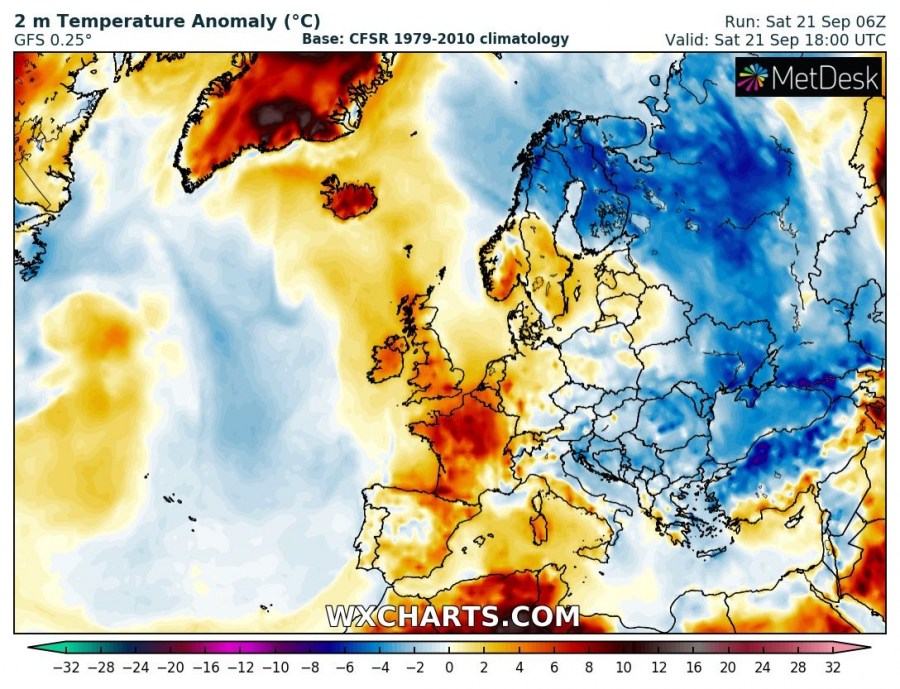 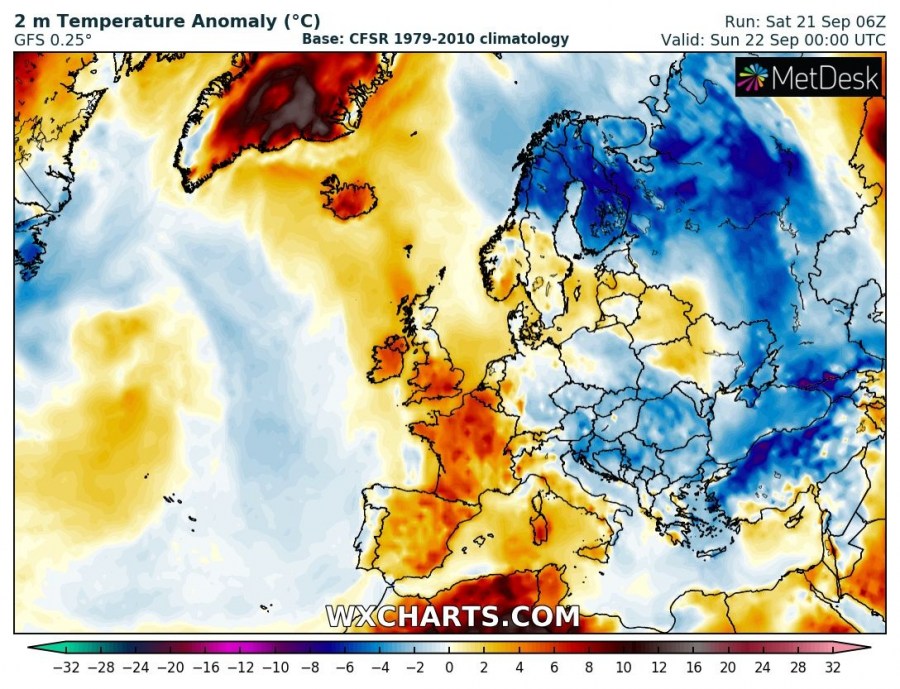 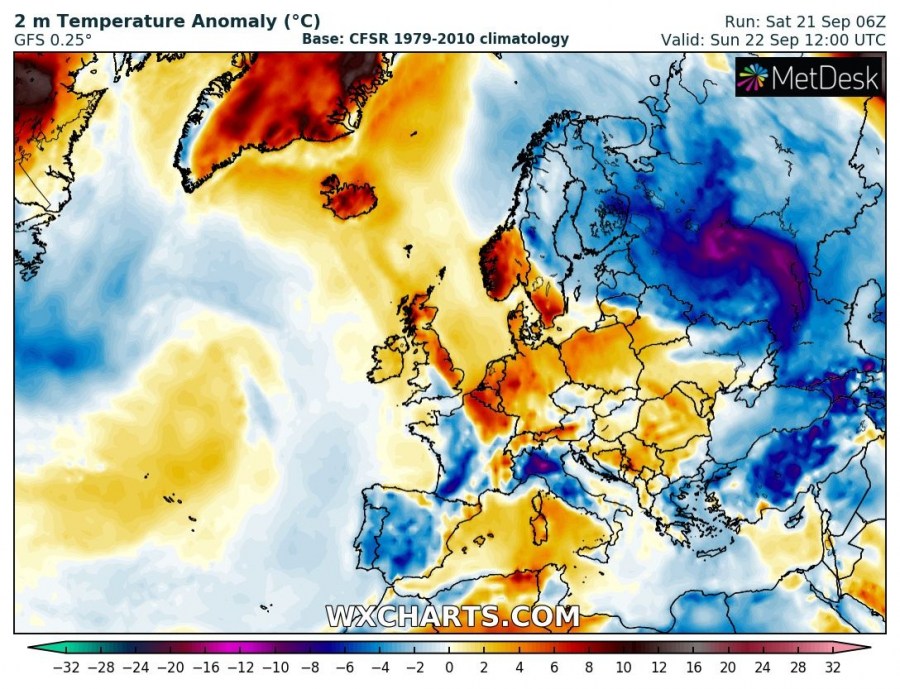 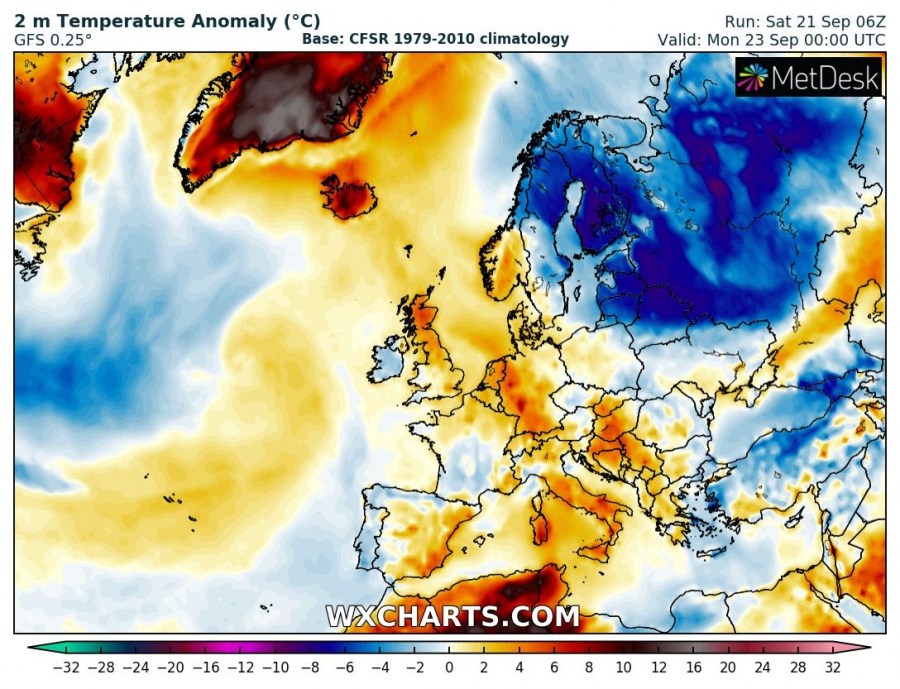 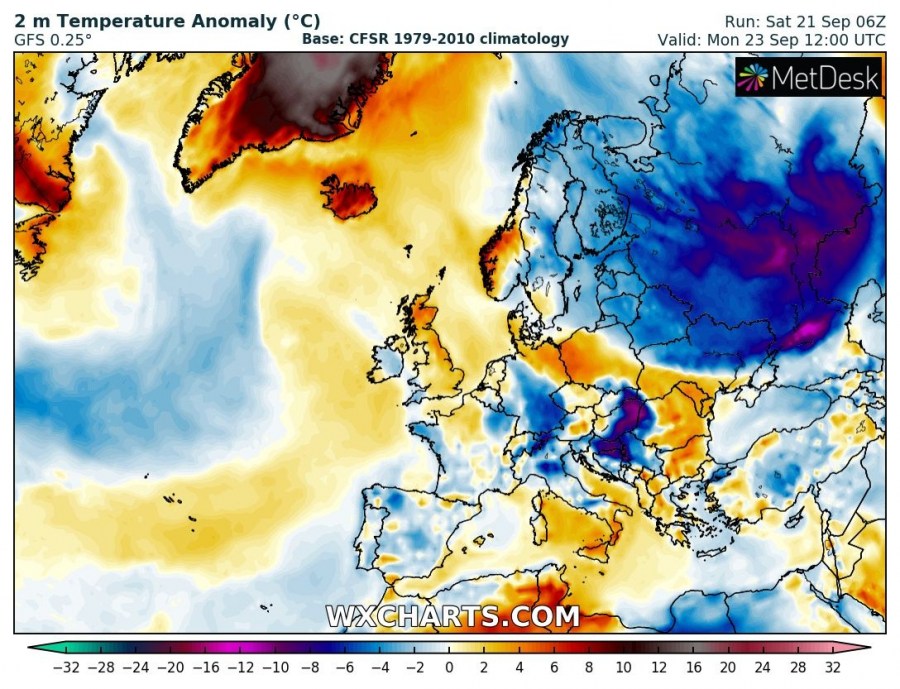 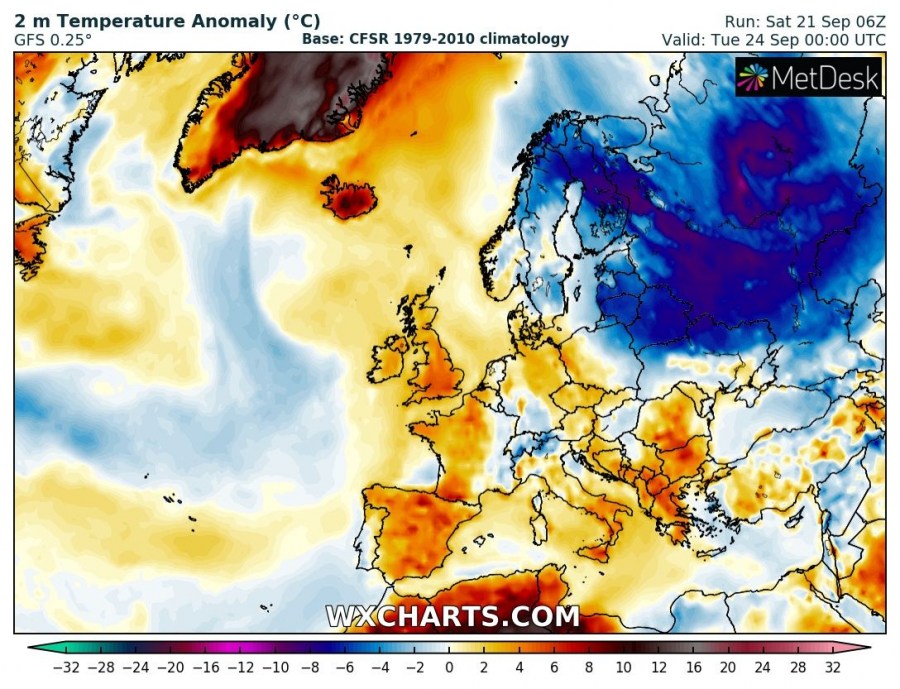 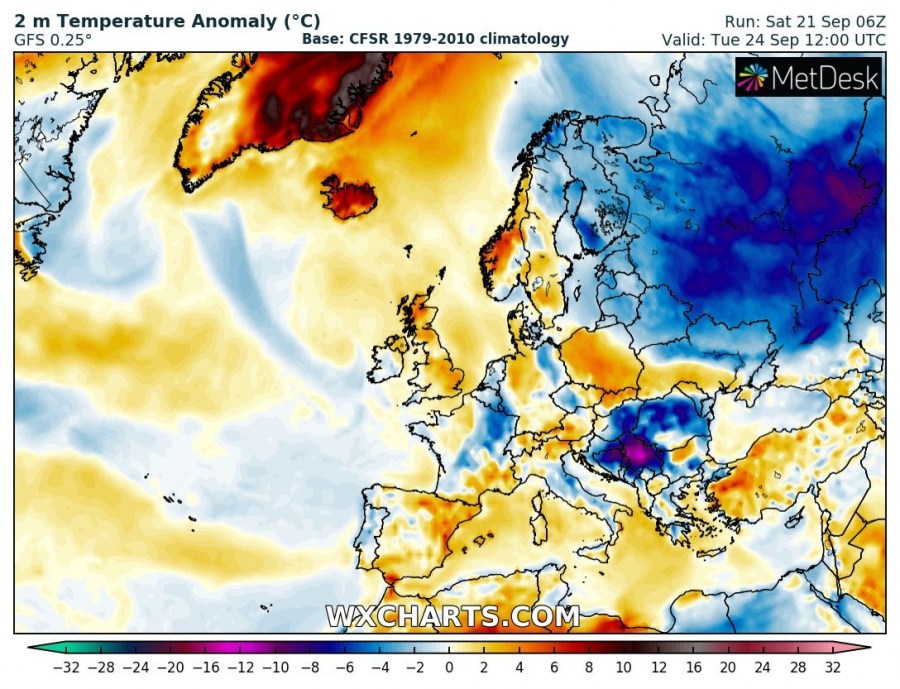 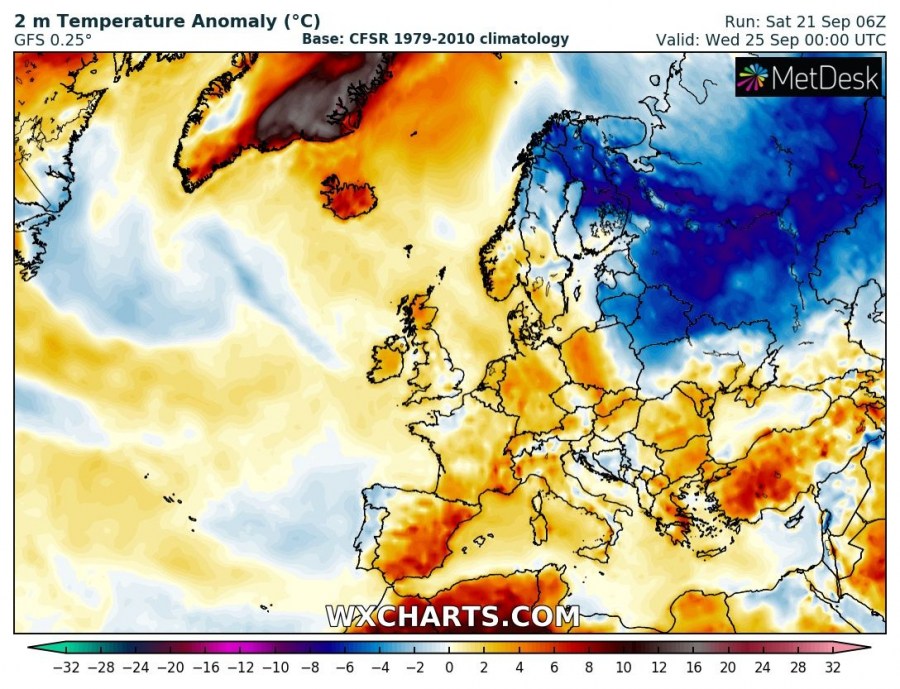 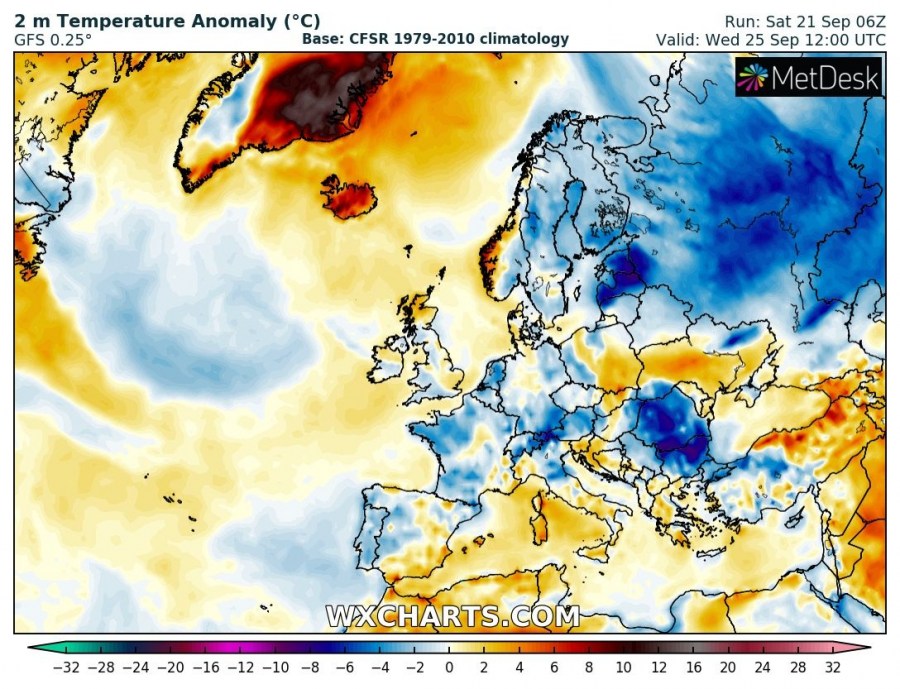 There may be a strong pattern flip in the offing later next week with a significant outbreak of cold polar maritime airmass into Europe. Still far away, we are monitoring the pattern evolution – stay tuned.