As we discussed yesterday, another deep low-pressure system is expected to move across the western Europe tonight, starting a new dynamic pattern over the North Atlantic. The system will deliver severe winds locally in excess of 75 mph / 120 km/h tonight into Thursday morning hours. Violent systems, including an extremely deep cyclone #Dennis, will follow this cyclone through the rest of this week, details will be discussed this afternoon.

Here is the animation of wind gusts per ICON-EU model for this system. But also notice a much more intense system with violent winds arriving later this week!

Morning analysis today, Feb 12th at 06 UTC revealed deep near 985 mbar cyclone over the North Atlantic, moving due east towards the UK and Ireland. It is developing hurricane-force winds. It is expected to deepen to around 980 mbar when it nears the land tonight. 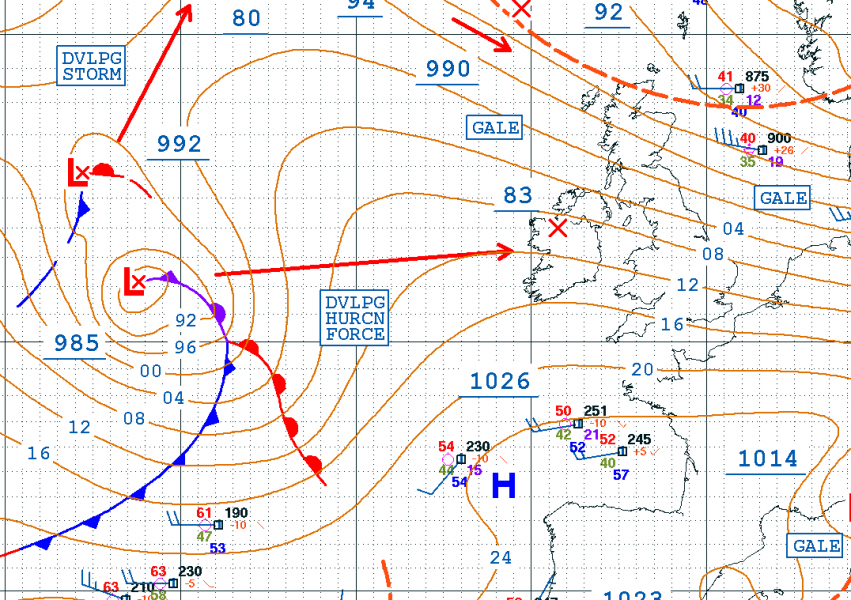 A quite impressive satellite imagery reveals a rather small, but well-organized cyclone with a deep core. Cold advection of maritime air mass is nicely visible with drier air mass intrusion wrapping into the core. 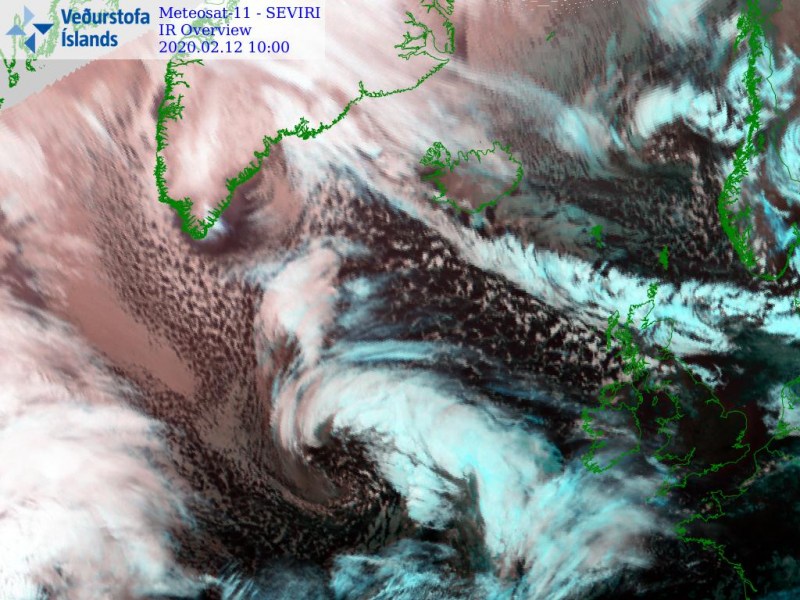 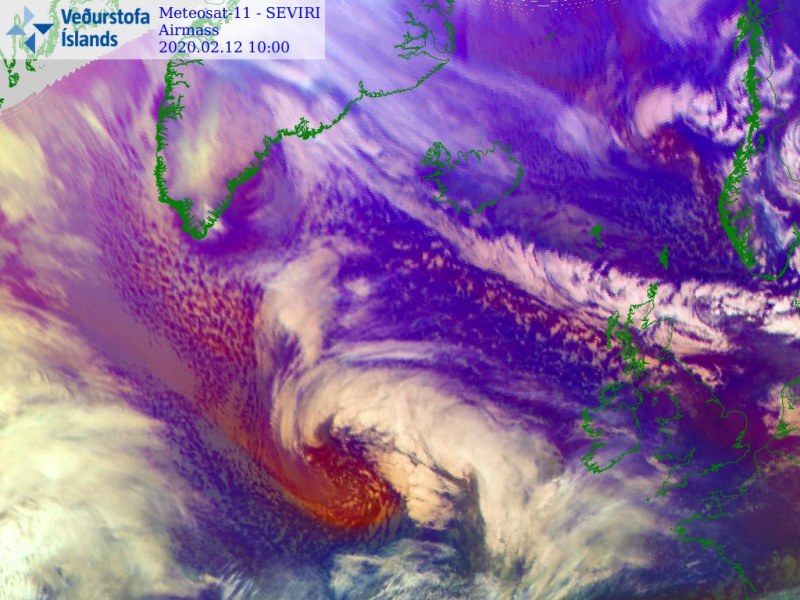 The low-pressure system will be moving due east, located just west of Ireland this evening. Its center should cross the country after midnight into the morning hours tomorrow. Strong wind field will be present across the Bay of Biscay and should also spread into southern Ireland, Wales, Southwest England, and northern France overnight. 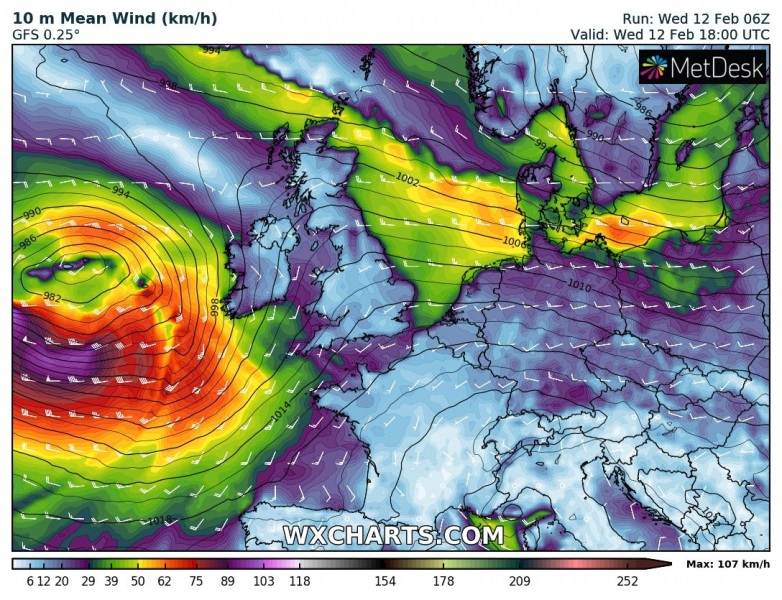 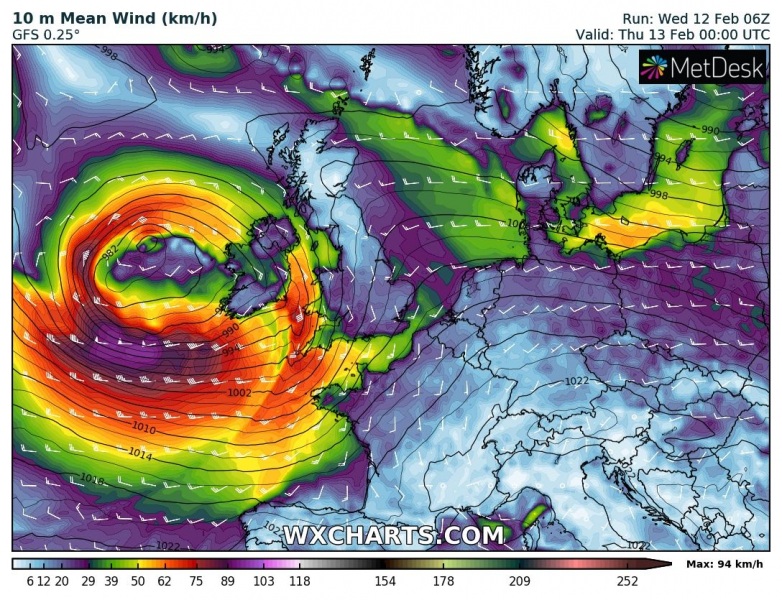 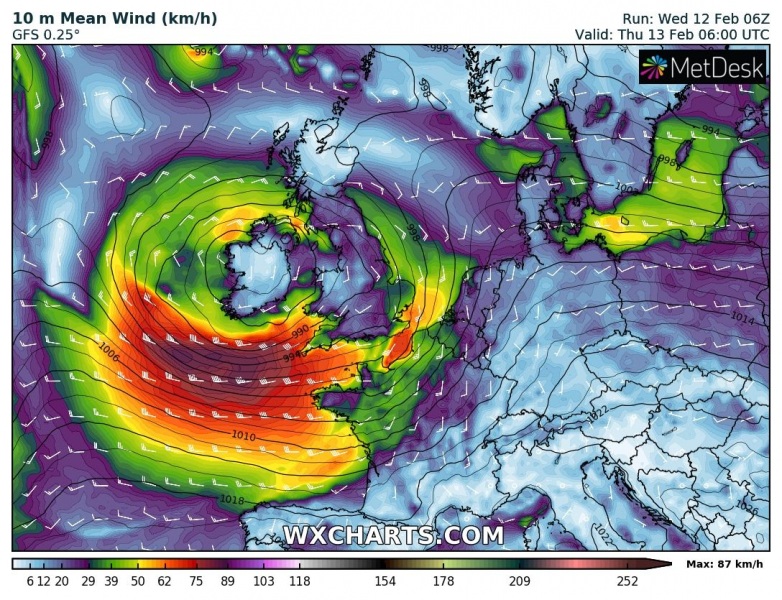 The eastwards advancing surface cold front will hit southwest Ireland soon after dark, introducing heavy rain squalls with severe wind gusts. The front will be moving east overnight, reaching Wales and Southwest England soon after midnight, then continuing across the rest of England and reaching northern France in the morning hours. Convective storms with graupel are possible too. 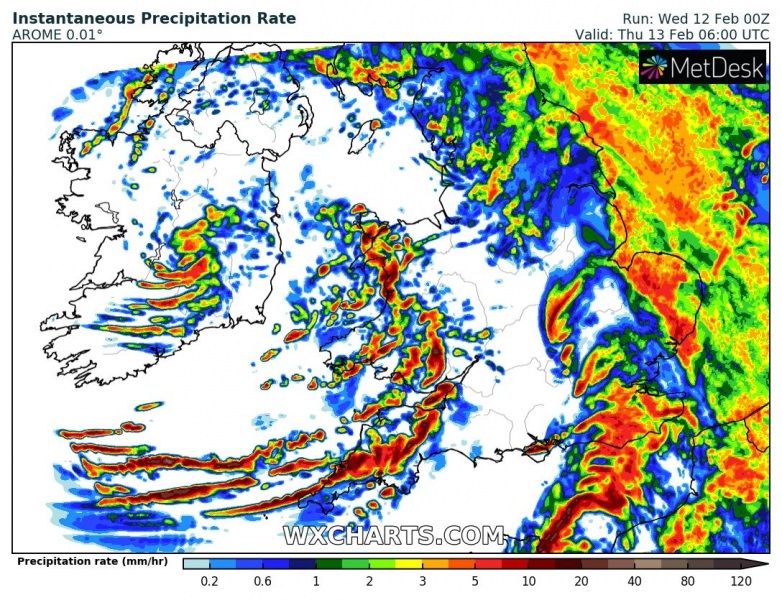 Clos-up view of the peak wind gusts per AROME high-res model, revealing there will be intense hurricane-force winds possible within the rain squalls, associated with the passing surface cold front. The highest gusts are most likely to occur over Southwest England, Wales, English Channel, and northern France!

Here are the peak wind gusts per ARPEGE and ICON-EU models, indicating a broad swath of severe winds along the southern flank of the cyclone, spreading across the northern part of the Bay of Biscay- Also delivering 120+ km/h towards Southwest England and northwest France overnight.

Stay alert for worsening conditions tonight, we will be covering the event! Additional forecast discussion on the next systems will be added soon – stay tuned!