Just a few days after a powerful windstorm across western Europe, a new deep cyclone pushes into the region late tomorrow. The upper-wave with the surface frontal system is currently ejecting off eastern Canada and will be developing hurricane-force winds while moving across the North Atlantic within the next 36 hours. It brings severe winds and high waves into parts of France, the UK, and Ireland through late Wednesday into early Thursday. The cool northern side of the low will also introduce some heavy snowfall in parts of northern England and across Scotland.

Here is the animation of wind gusts per ICON-EU model for this system. But also notice a much more intense system with violent winds arriving later this week! 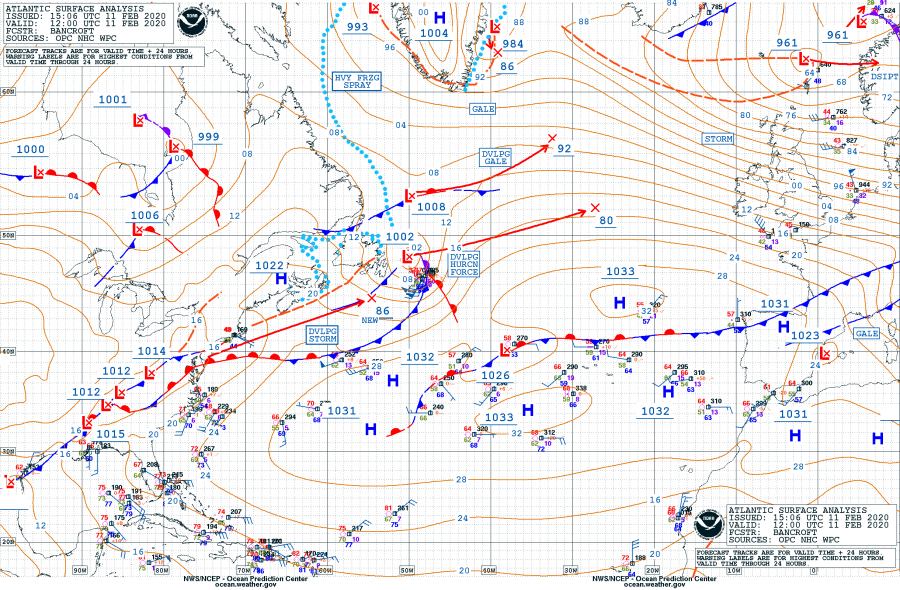 An upper wave is crossing the North Atlantic, deepening while traveling towards western Europe. 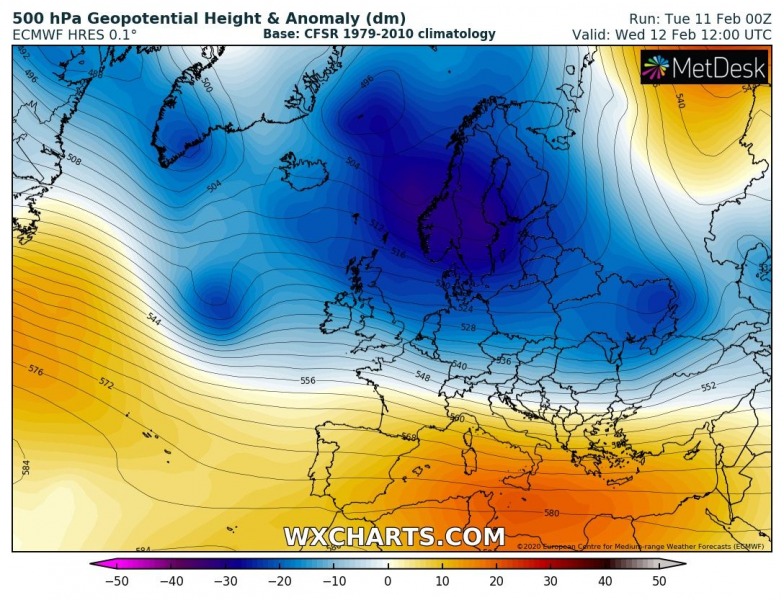 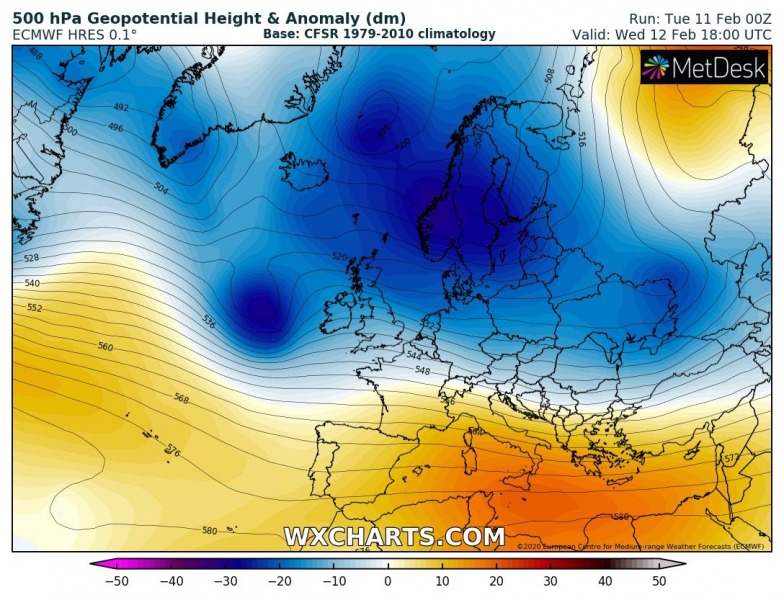 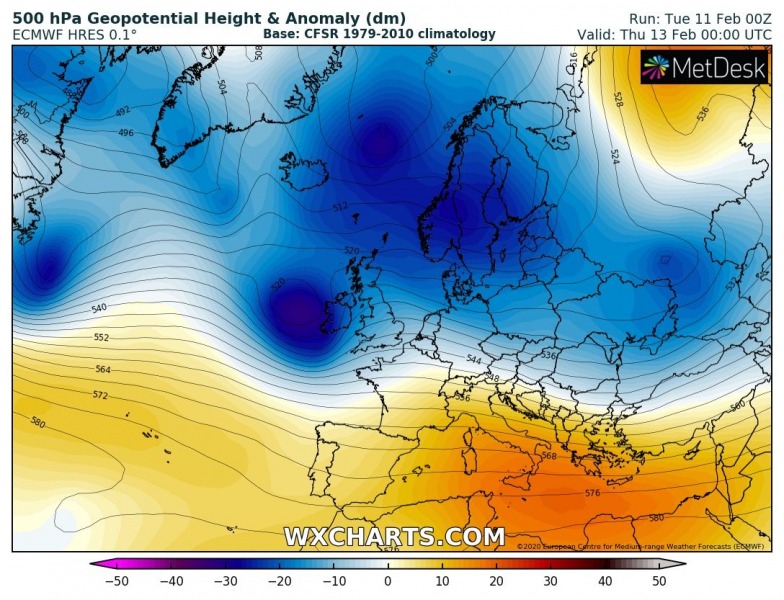 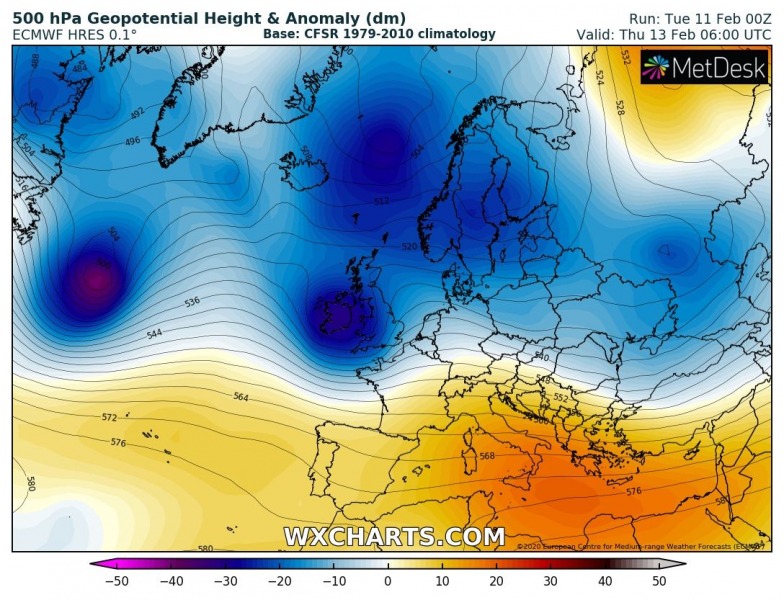 Attached is the 6-hour sequence of the cyclone moving from west to east across the northern Bay of Biscay across Ireland, Wales and England from mid-afternoon Wednesday through Thursday morning. Heavy rainfall is expected along the leading front while also heavy snow is likely on the cool side of the warm front crossing northern England and over Scotland. 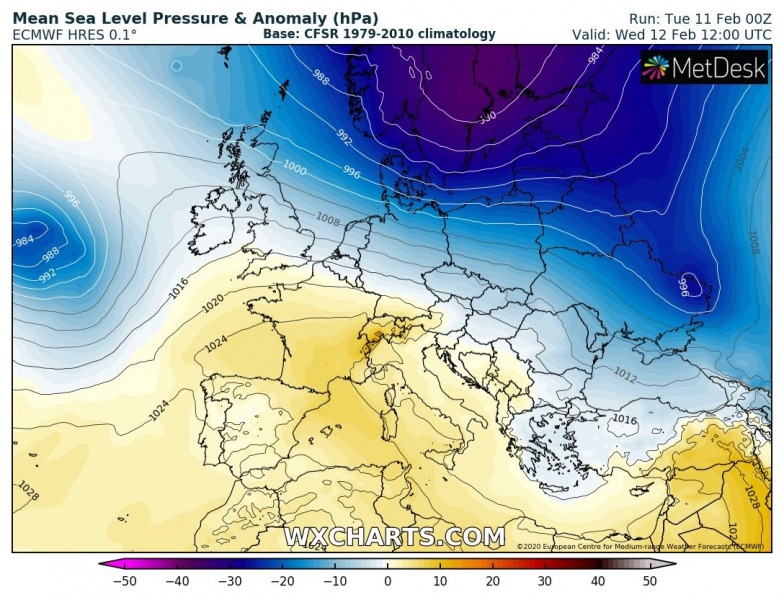 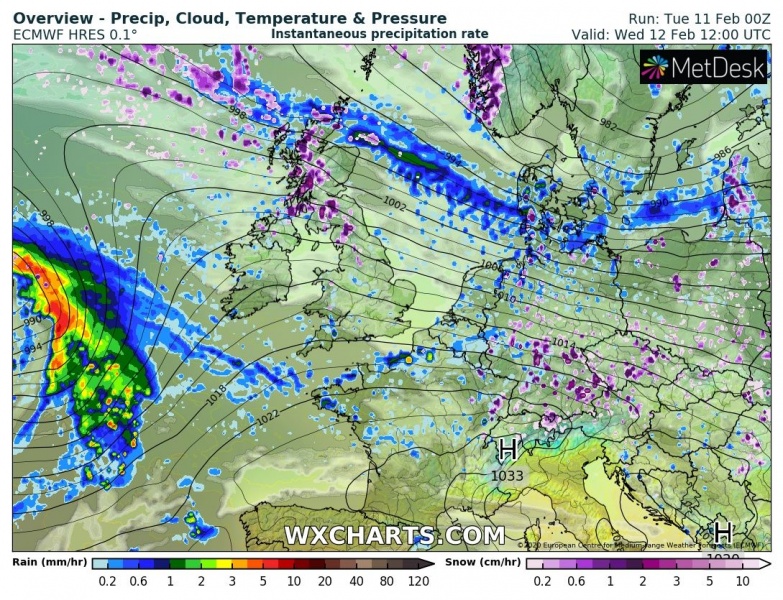 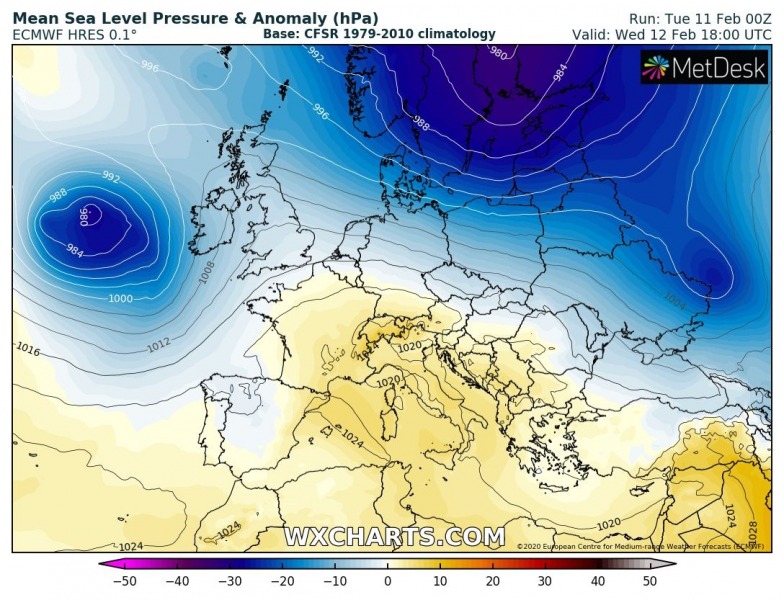 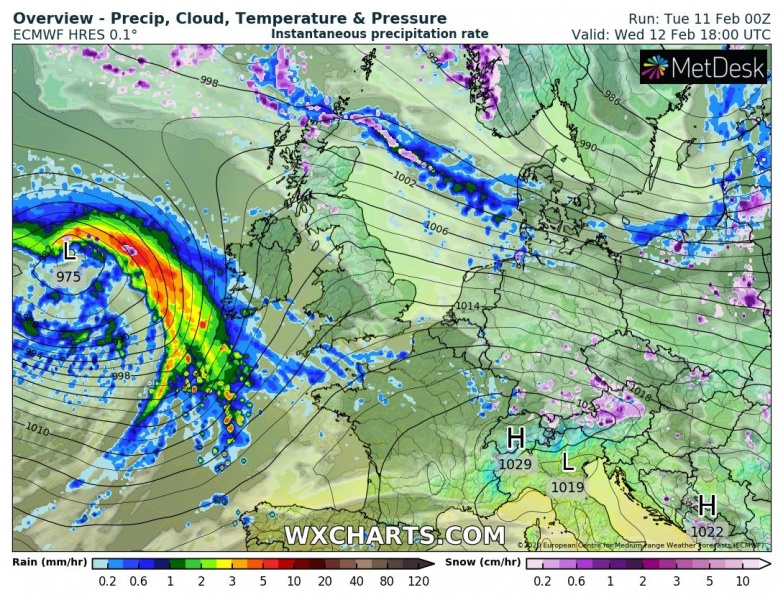 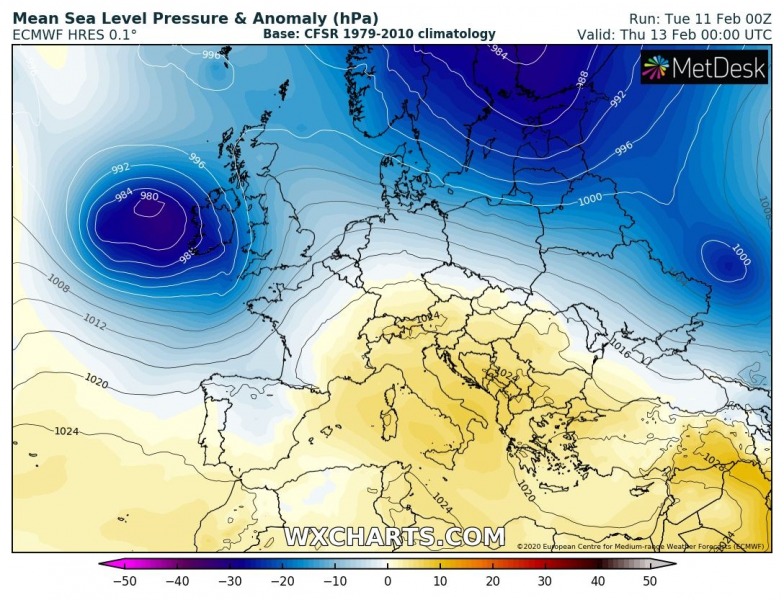 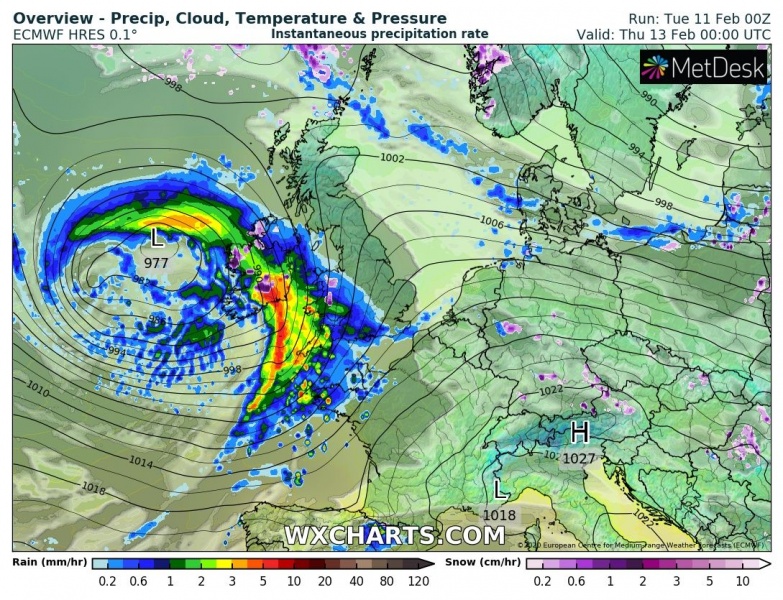 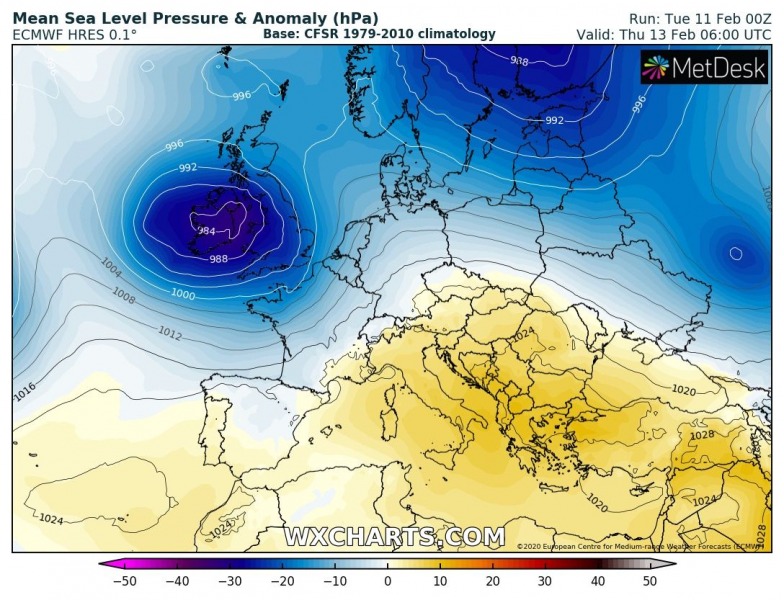 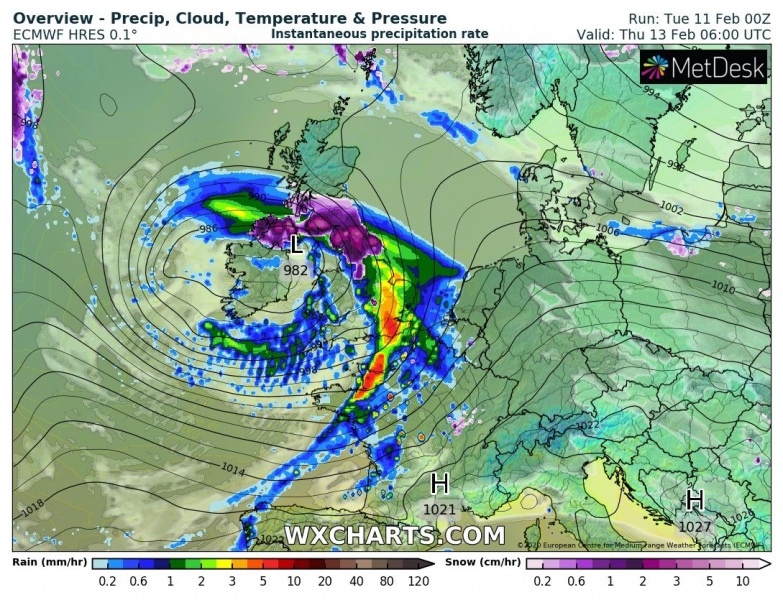 Peak wind gusts swaths indicate the strongest winds will be over the Bay of Biscay, partly spreading into southern Ireland, Southwest England and north-northwest France. 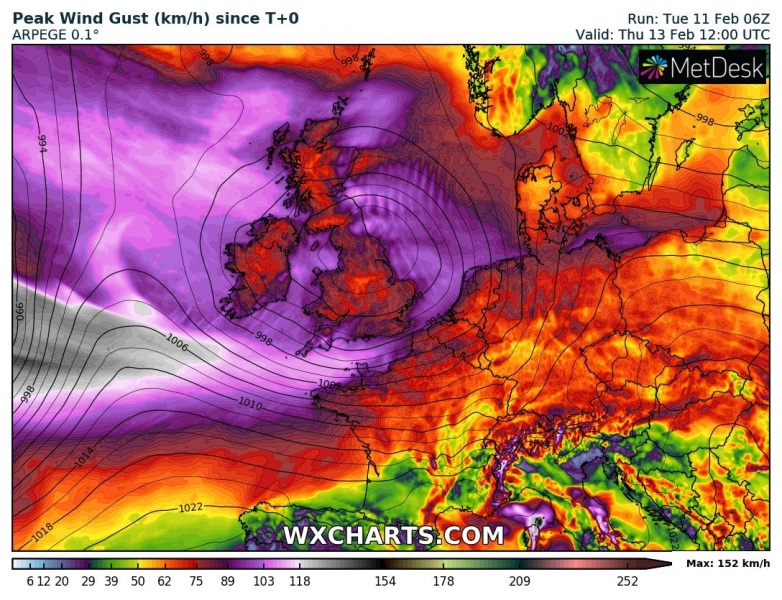 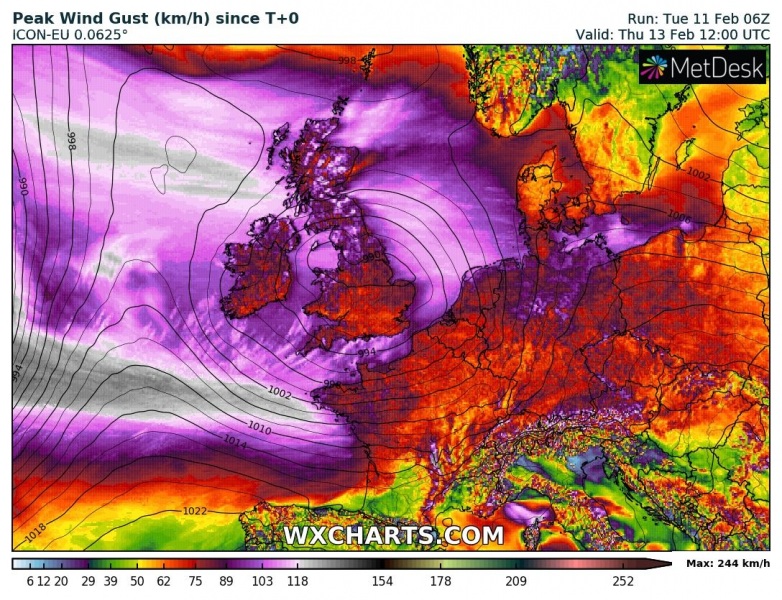 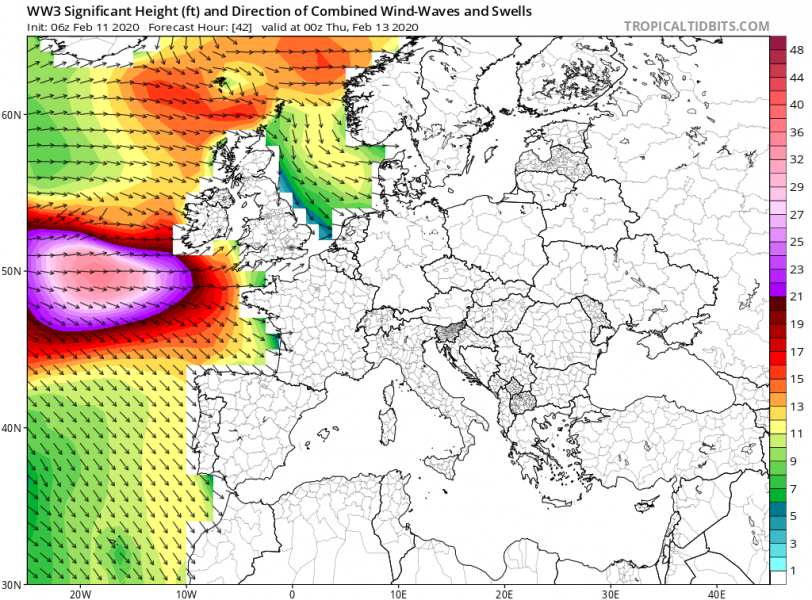 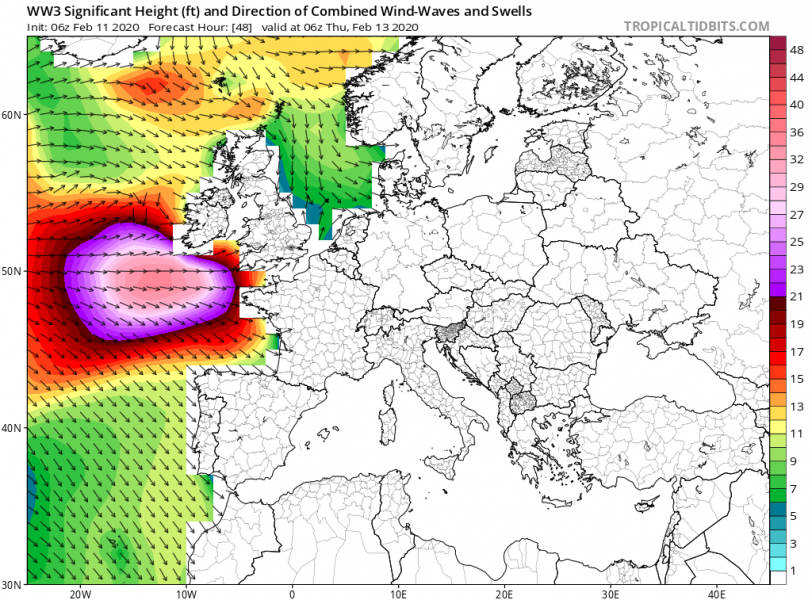 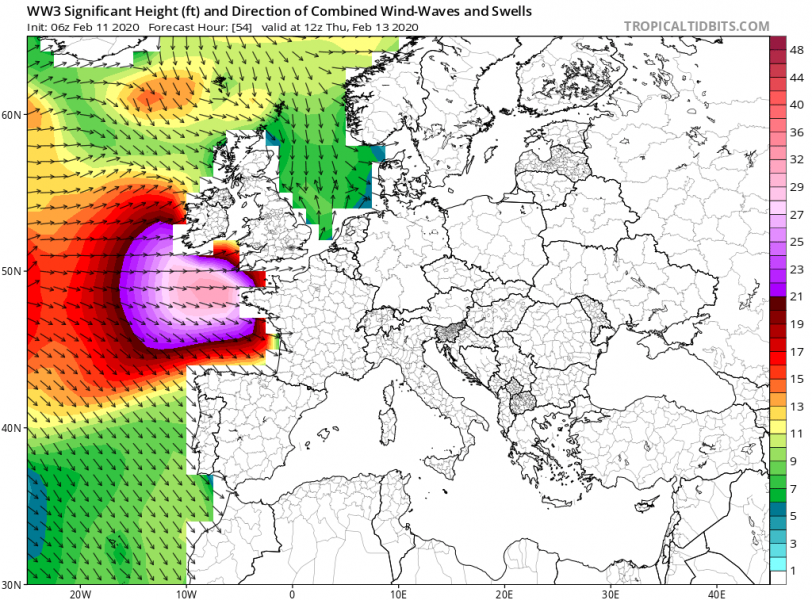 To the north of the warm frontal boundary, the air mass will remain cold enough to support snowfall. Mainly across parts of northern England and especially further north across Scotland where some good accumulations are expected. 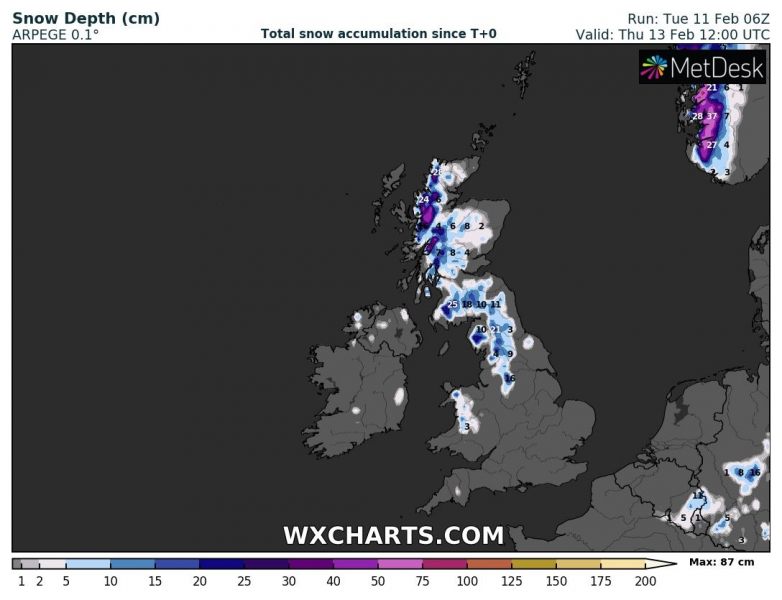 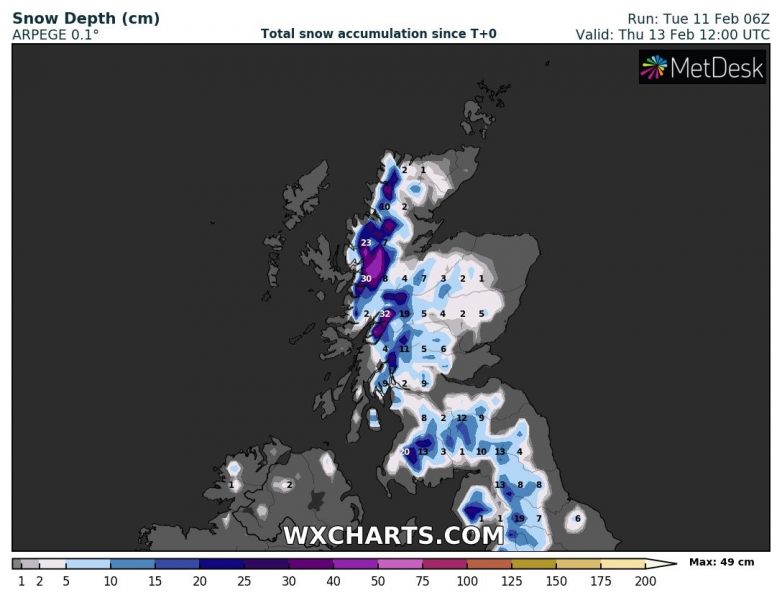 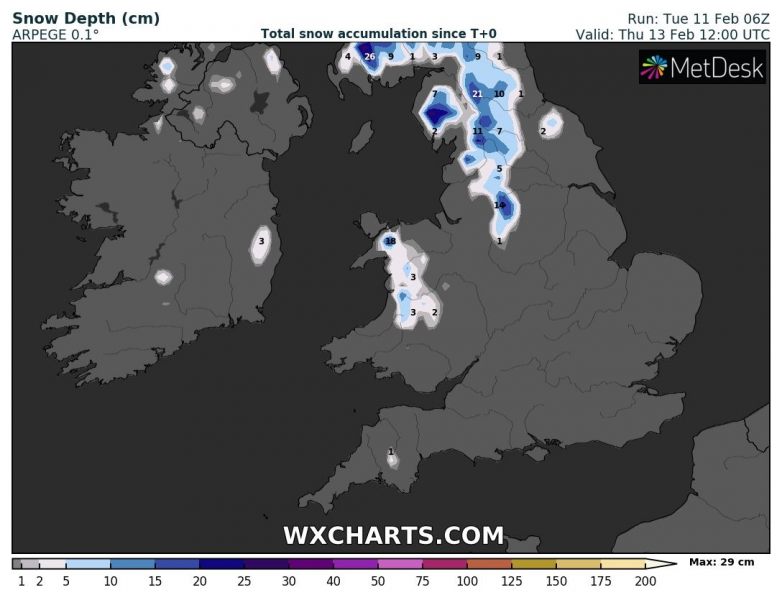 This system will be the first in line over the North Atlantic – a much stronger and extremely deep cyclone forms on Thursday. Stay tuned for details soon!