Parts of Crete Island will receive enormous amounts of rainfall over the next ~24 hours. Local flooding expected.

Crete will be under the influence of a cutoff low moving from NE Libya across the eastern Mediterranean, towards southern Turkey on Monday and early Tuesday. The system will cause major combined convective and orographic rainfall over parts of Crete. While the exact position of top rainfall cumulatives depends critically on the track of the system, current model guidance suggests western and central Crete will receive the most rainfall – up to 250 mm in the next 24 hours! Such extreme amounts of rainfall will strongly enhance the threat for locally major flooding. Also expect strongly enhanced threat for slope mass movement events – landslides and rockfalls! Keep alert! 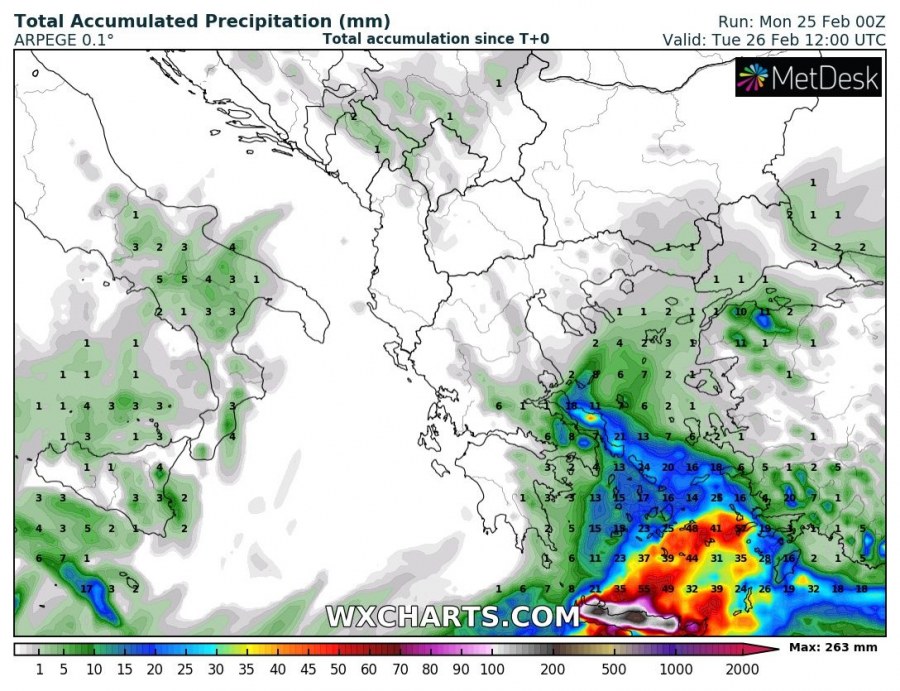 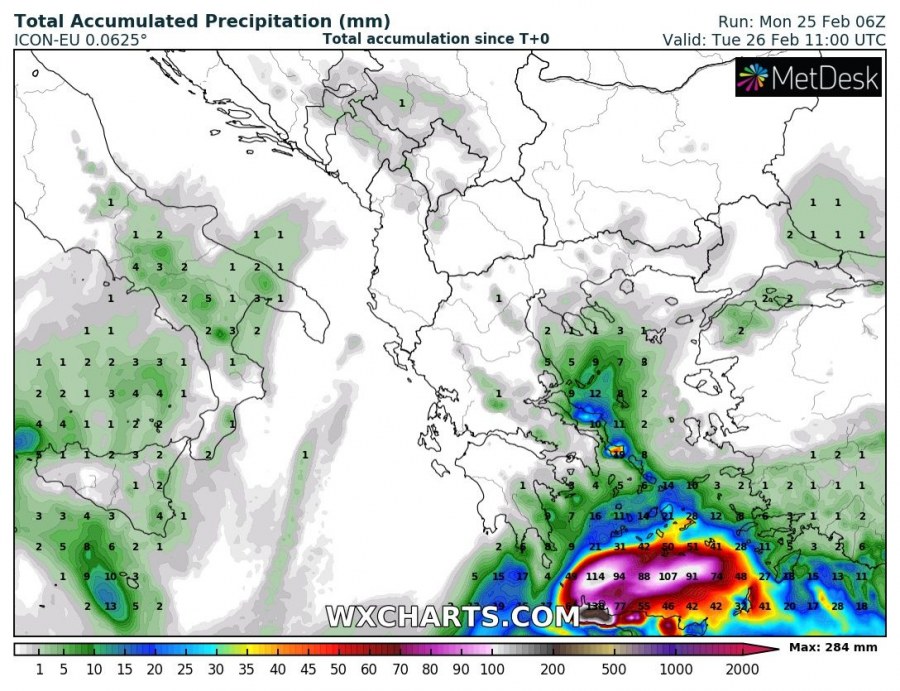