Latest model guidance is now in very good agreement regarding the development of a very intense, historic and possibly deadly heat wave this week, as a powerful upper ridge forms over a large part of Europe. A so-called Spanish plume will result in extreme warm airmass advection with afternoon temperatures soaring into 38-42 °C range across NE Spain and parts of south-central France. The heat (Heat index) will be especially extreme in urban areas and big cities, where urban heat islands (UHI) usually develop and lead to even higher temperatures (especially nighttime and daily averages) due to effects of human activity and indeed overheating concrete building and roads. Let us take a look into details with day-by-day model trends.

The overall pattern is supporting the strengthening of an upper ridge (an Omega blocking pattern) over west-central Europe, just east of a deep upper low placed west of Iberian peninsula. As a result, a powerful southwesterly jet stream will advect very warm to extremely warm airmass across Spain, France, W Germany and Benelux into UK and Ireland – a textbook Spanish plume event. Low/Mid-level airmass across France and the UK will be 15-18 °C warmer than average for the end of June period! To the east of the upper ridge, colder weather will result across north and east Europe as quite significant cold advection takes place in the wake of a large deep trough moving across western Russia. 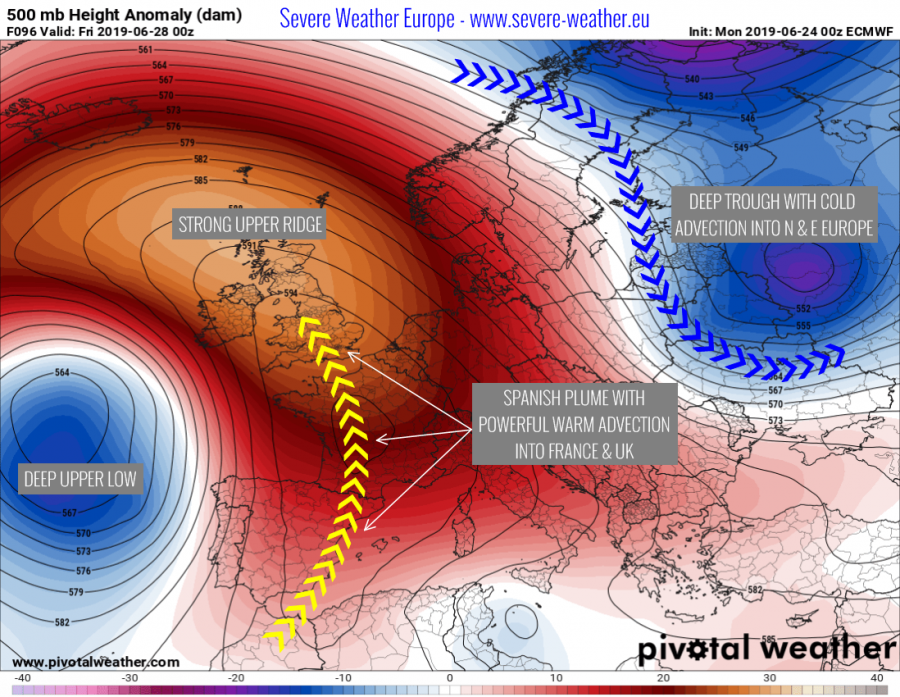 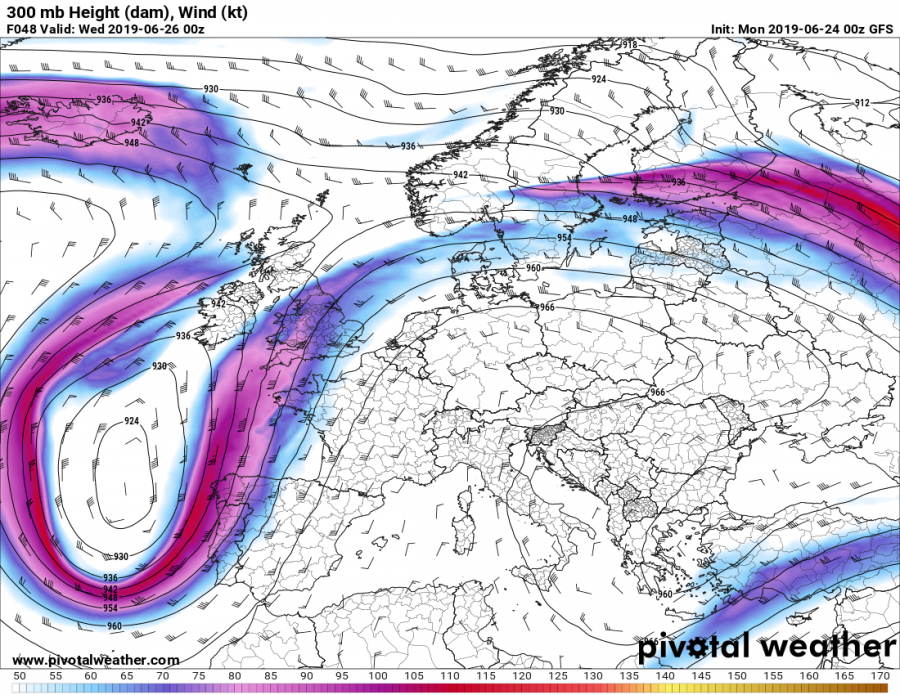 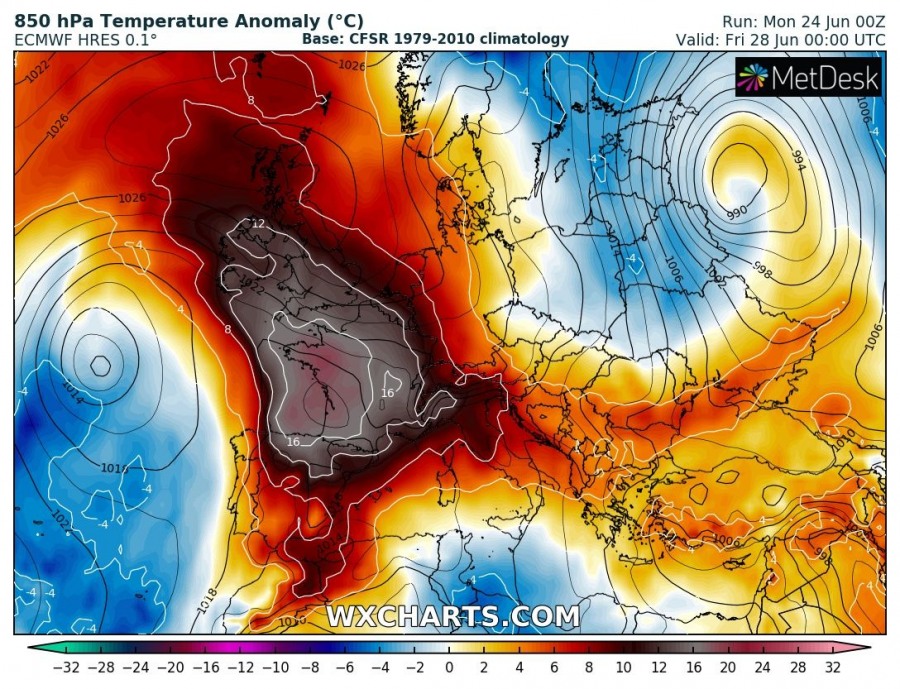 Note: the Spanish plume is the pattern in which a plume of very warm airmass moves from the Iberian plateau or the western Sahara to western Europe and usually leads to extremely high temperatures over the region.

Below is an overview of various models (GFS, ICON-EU and ARPEGE) for the Tuesday-Friday period when the heat will be most extreme over the region. Some of these models are going into very high, record-breaking June values. These, however, might be too aggressive at the end. Extreme heat with temperatures locally soaring into low 40s is quite possible, especially over Auvergne and Rhone valley in SE France, Ebro valley in NE Spain and Po plain in N Italy where Föehn effect and dry SSE winds will result in even higher temperatures!

Heat begins intensifying across N Spain, France and N Italy with afternoon temperatures soaring into mid to upper 30s in some areas – valleys. 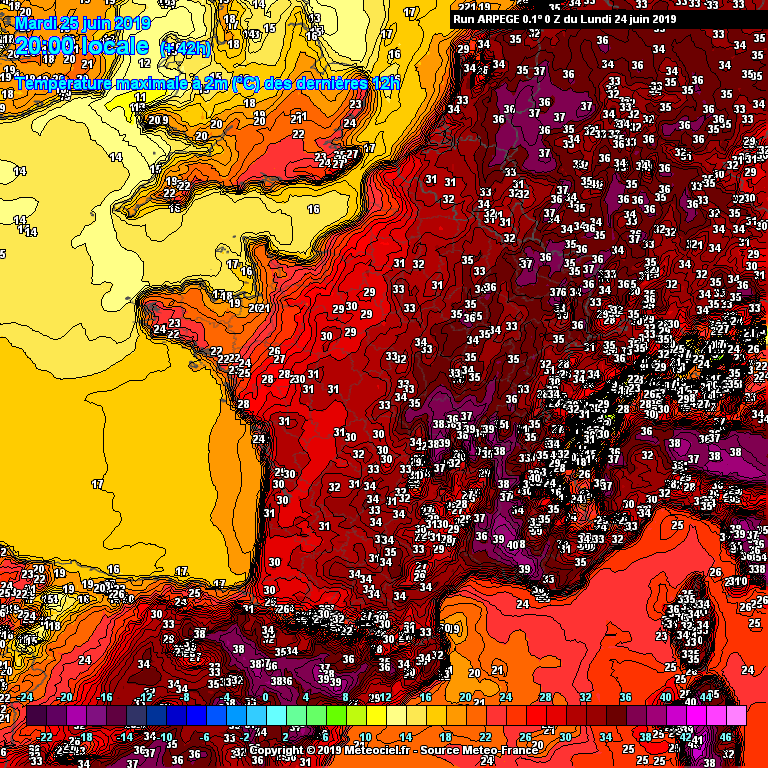 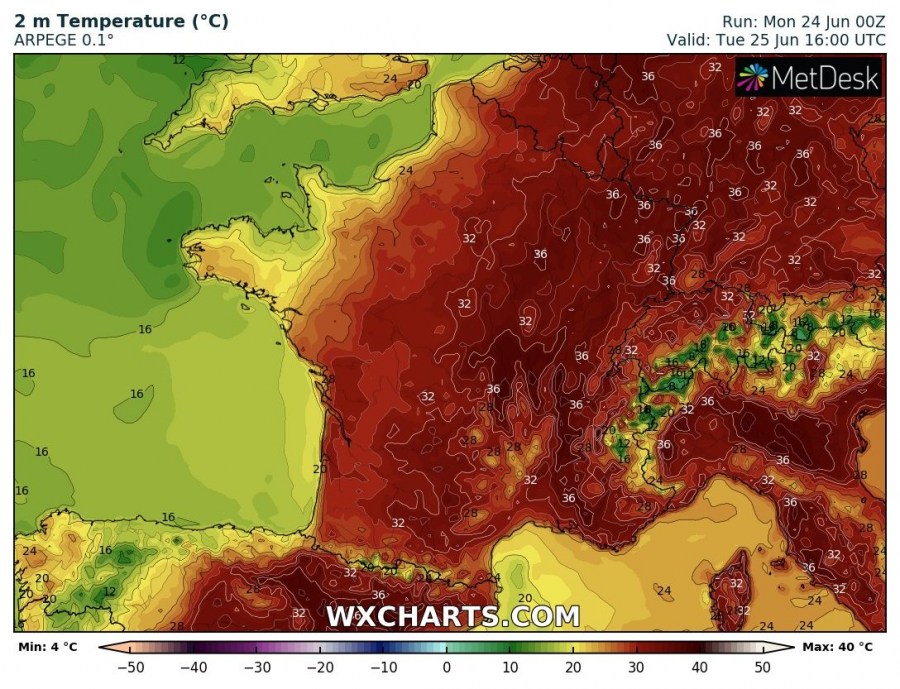 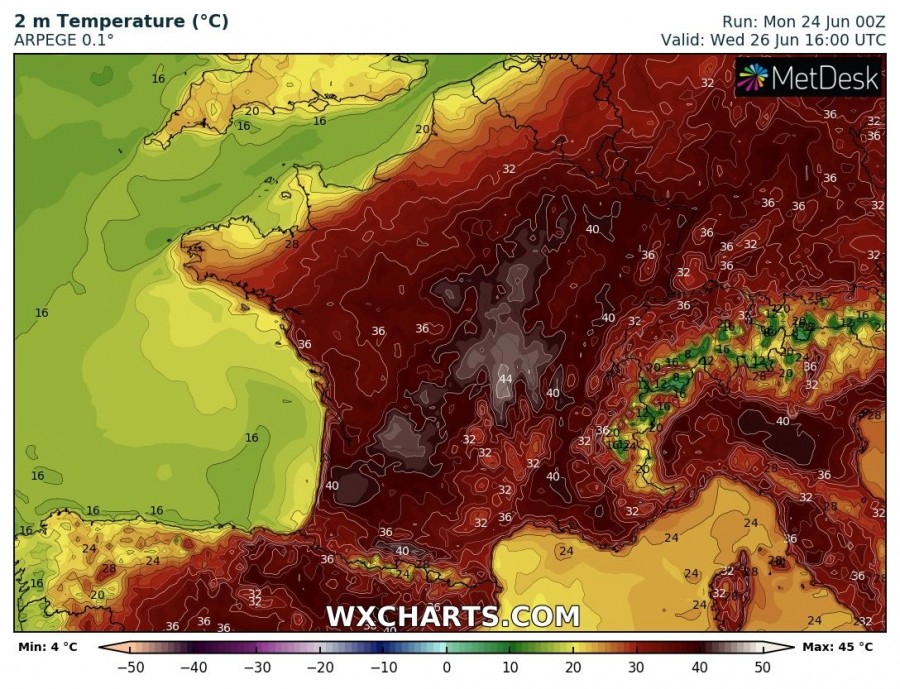 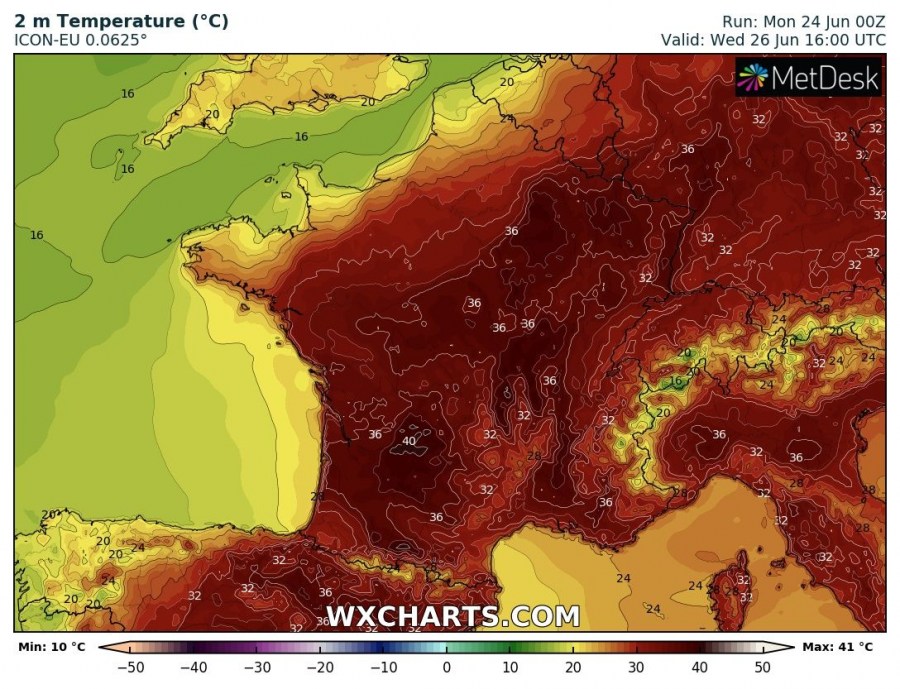 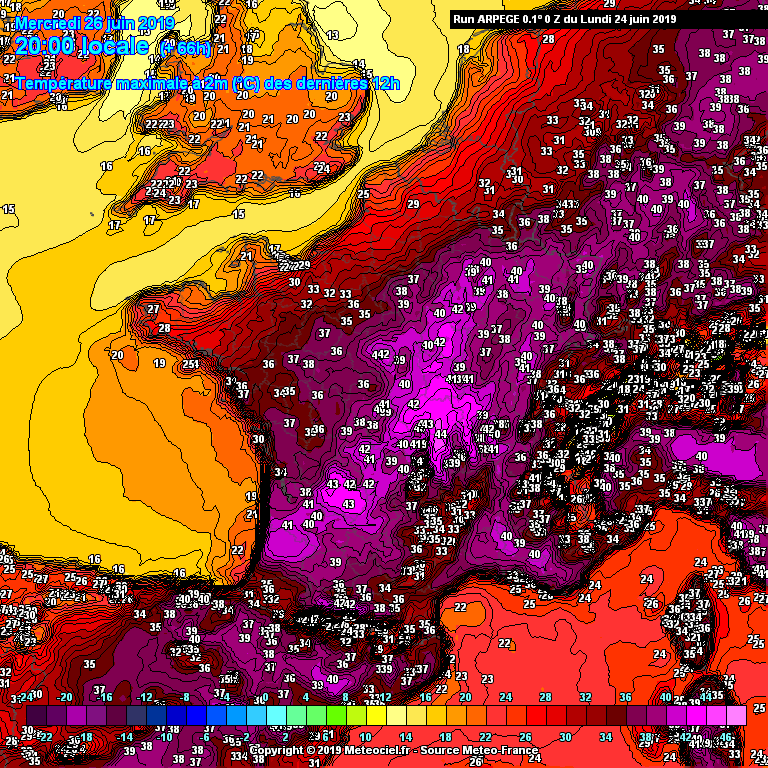 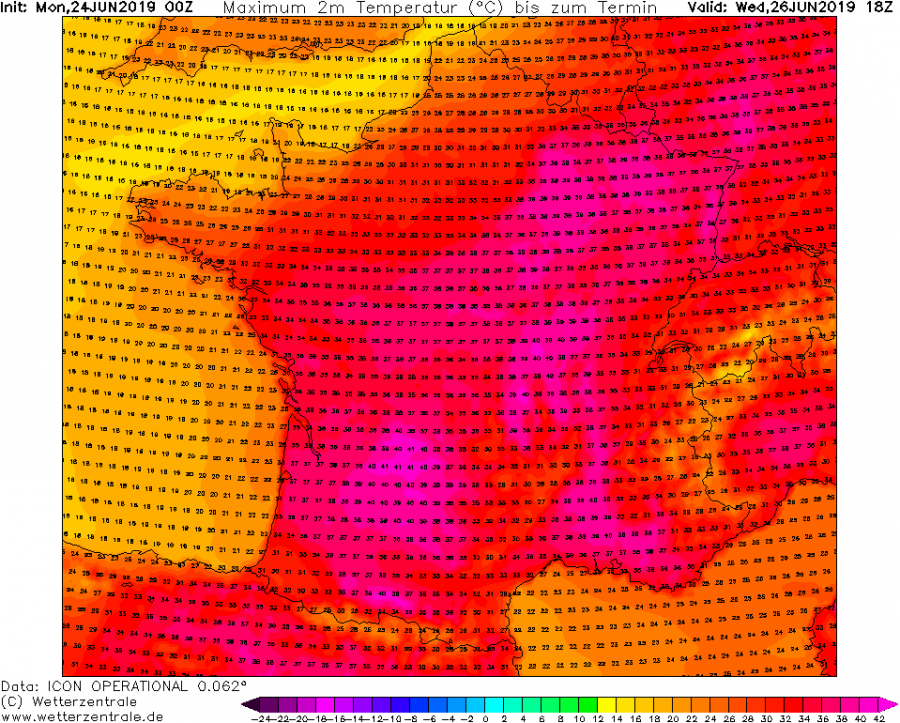 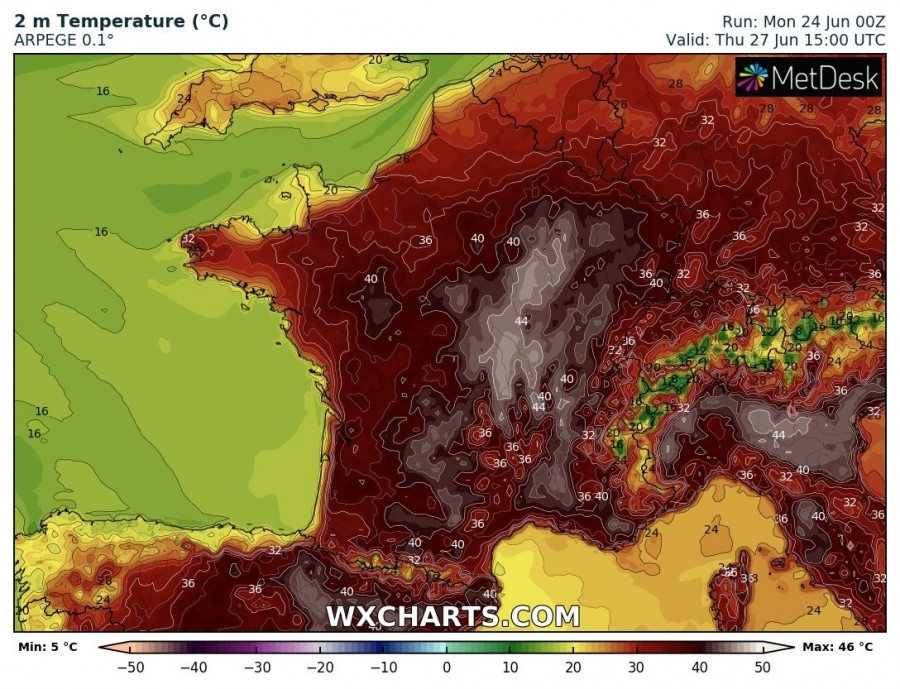 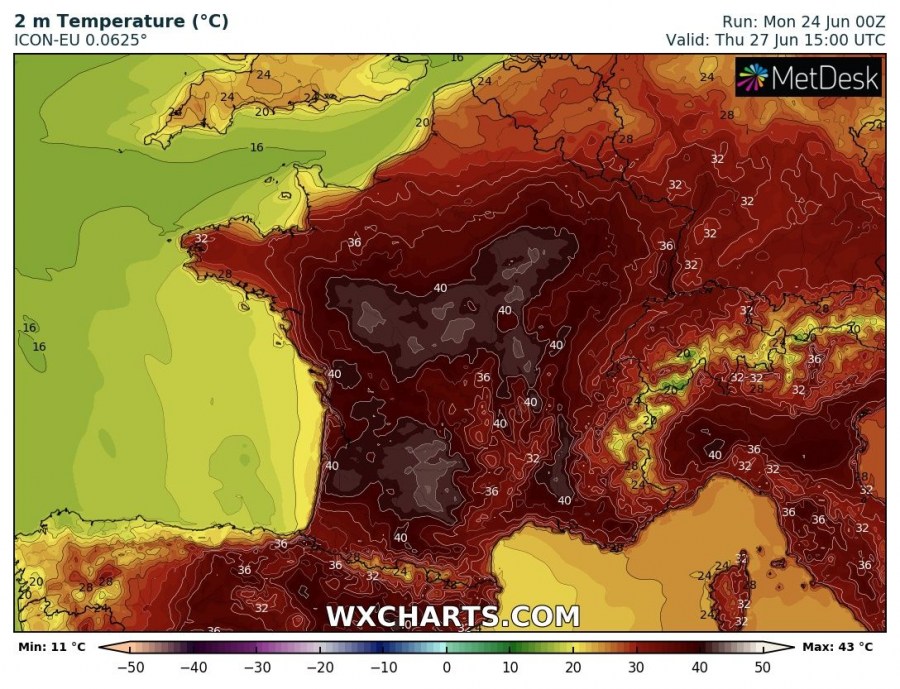 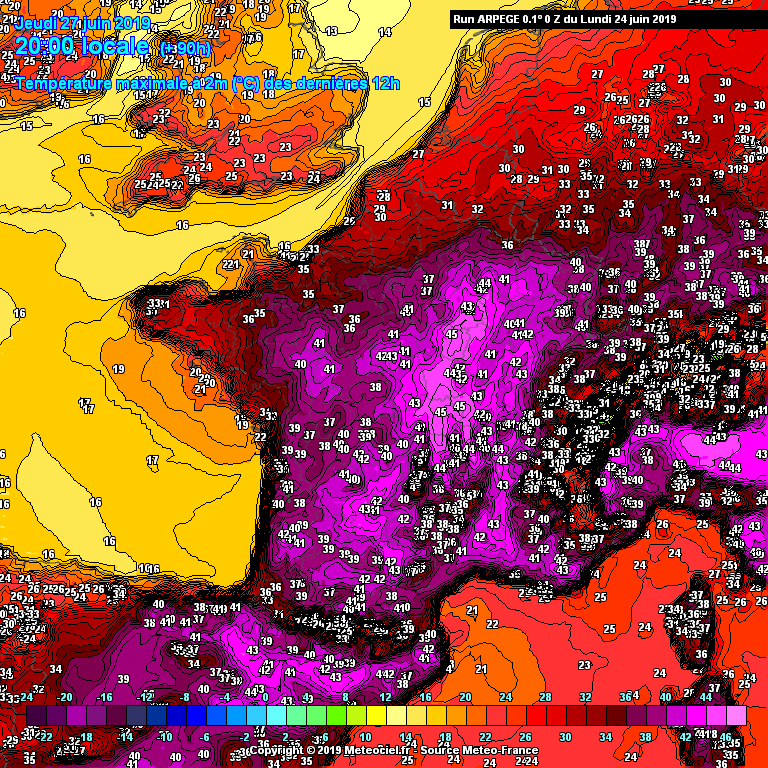 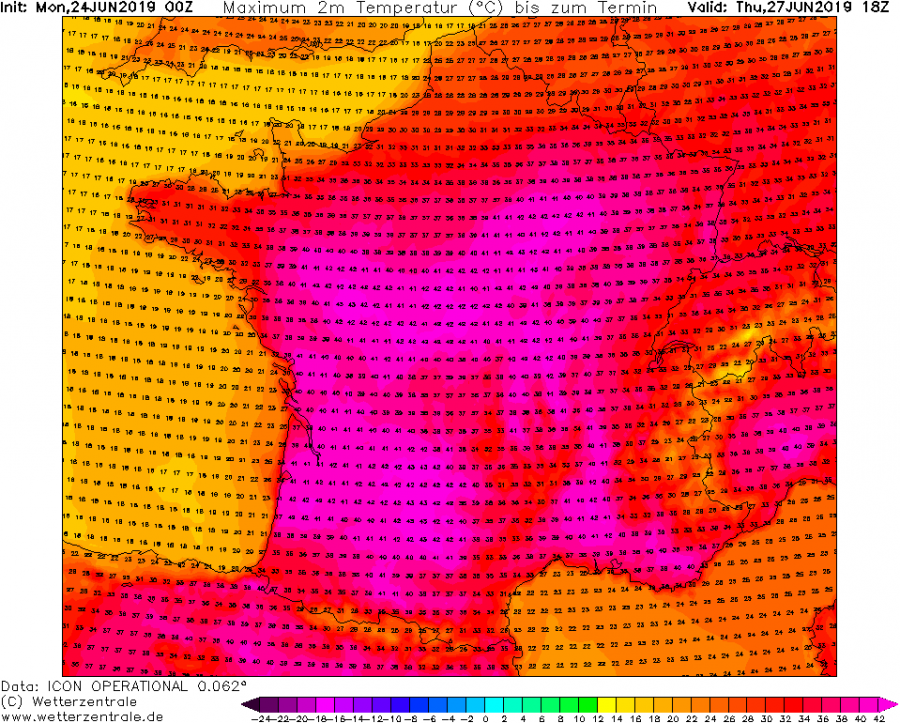 The final day of the extreme heat wave over France, before weather change with a cold front pushes the airmass to the southeast. Most of the models are again simulating extreme heat with peak afternoon temperatures in the low 40s, especially across parts of southern France and NE Spain. Again, ARPEGE and ICON-EU models are the most aggressive, pushing towards +45 °C in some valleys! 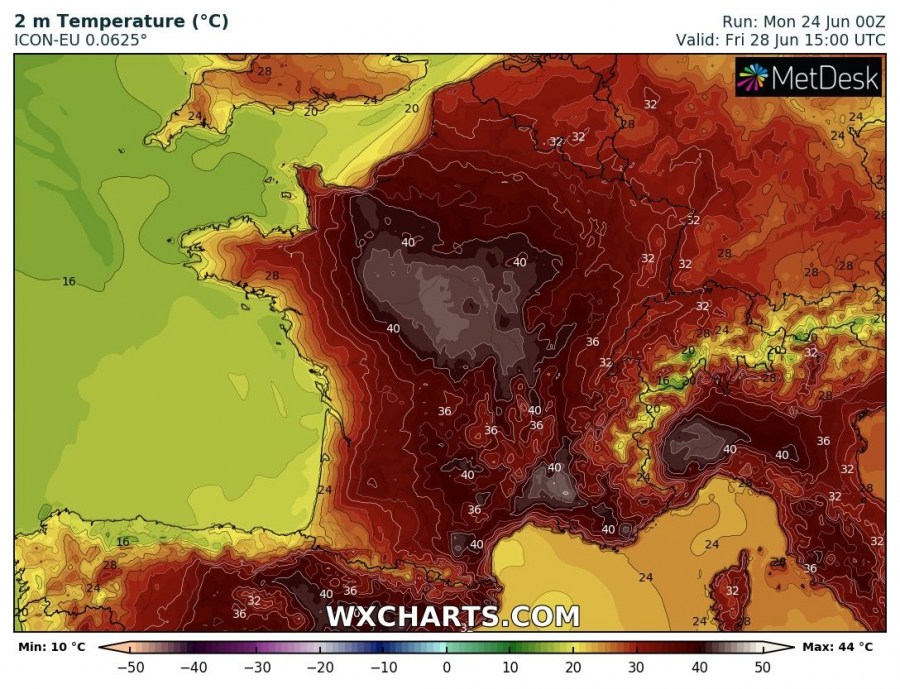 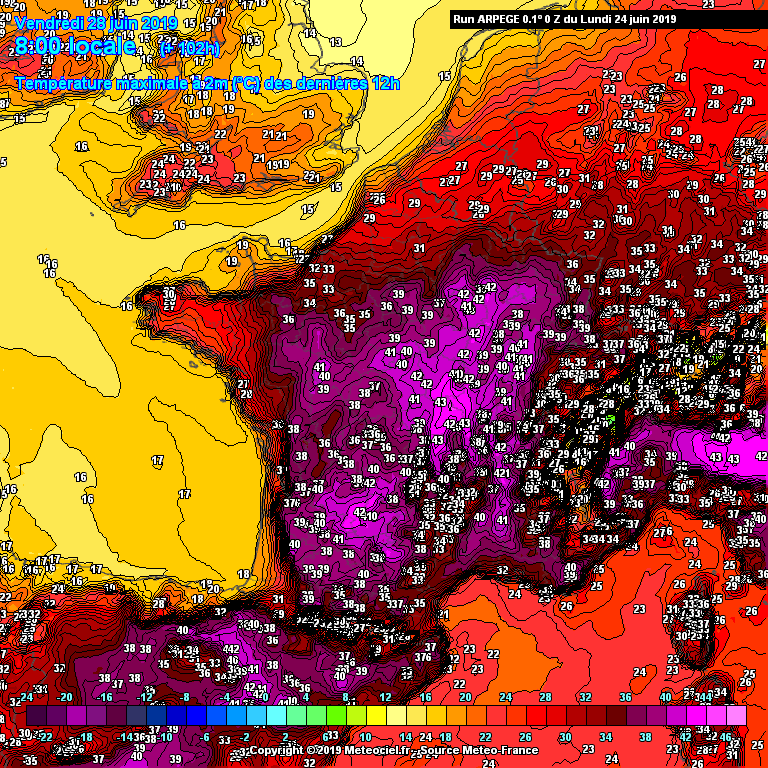 Additionally, attached are the meteograms for major cities in France – Paris, Nantes and Toulouse. The extreme temperature anomaly is very well visible with 25-26 °C at 850 mbar level (approx. 1600m ASL) over Paris and Nantes, while Toulouse pushes exceptionally high to almost 30 °C at this level! 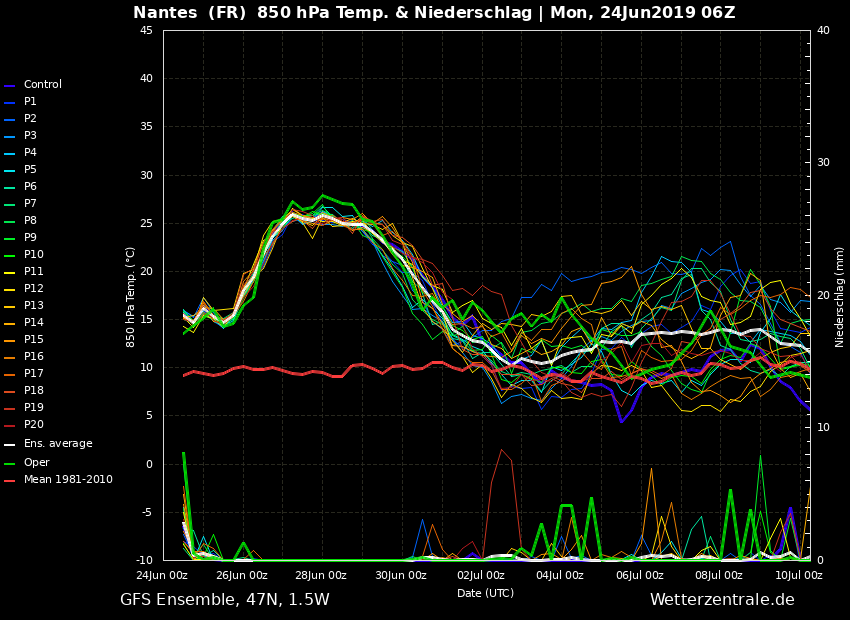 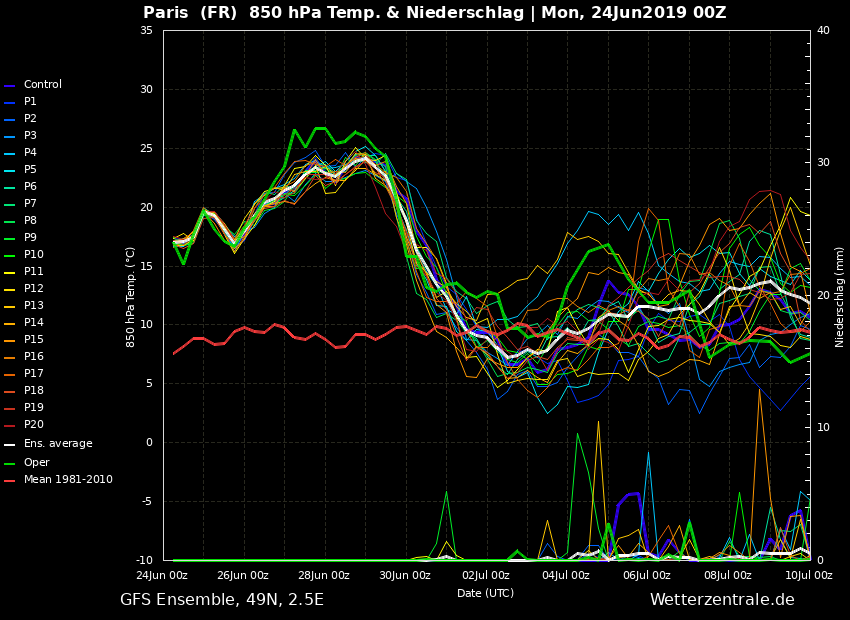 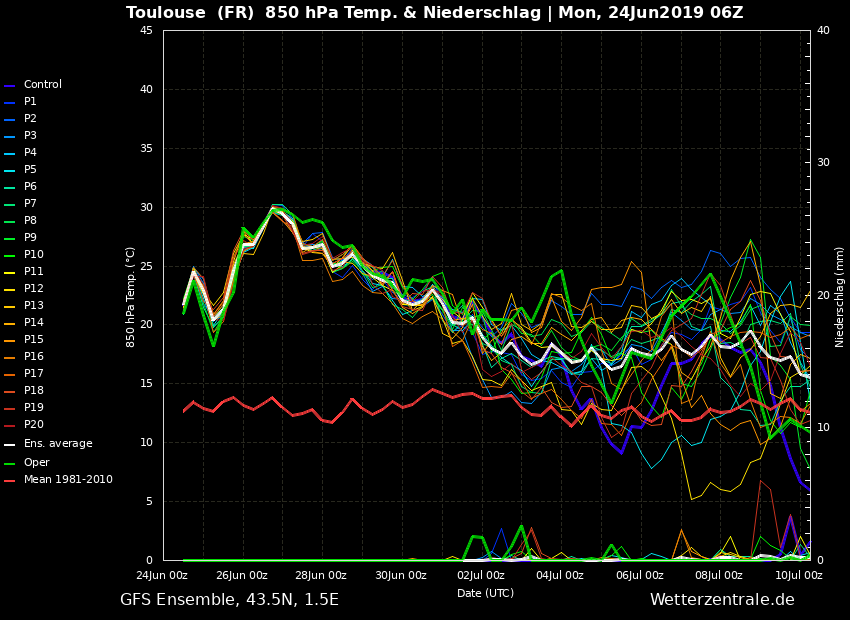 Recap: parts of Europe are in for a very intense, likely historic and possibly deadly heat wave this week – temperatures will be soaring into the low 40s from Wednesday through Friday! Stay tuned for further updates and stay alert for dangerous life-threatening conditions!