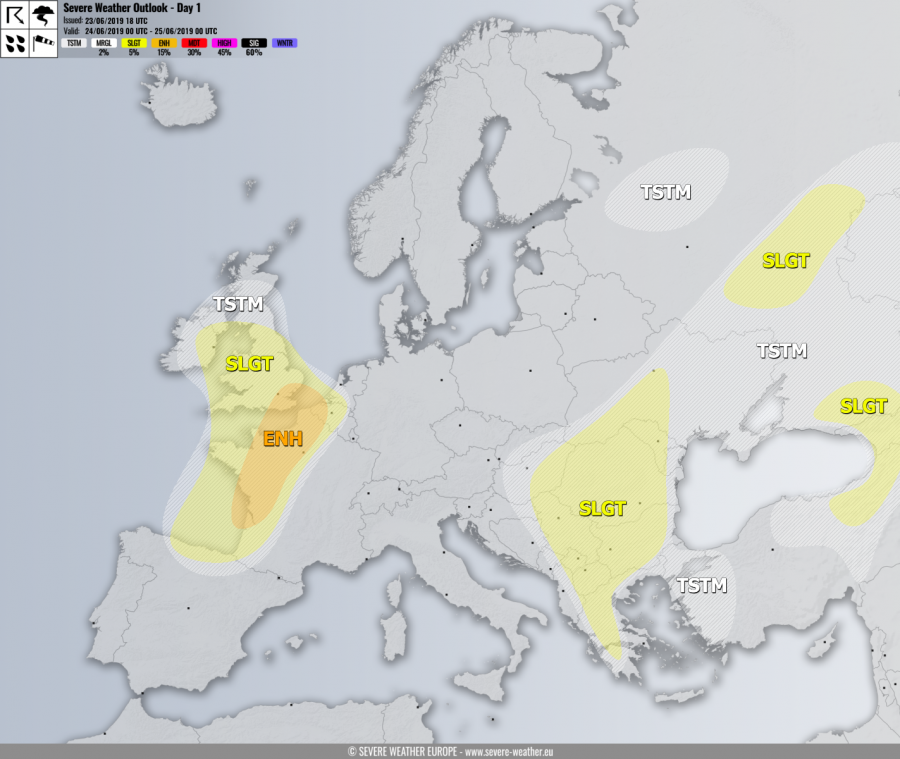 The ridge is strengthening over much of Europe with two features of interest for convective activity. A large upper low over the Bay of Biscay and just W od Iberia and a shallow upper low moving across the S Balkans. At the surface, a frontal boundary extends from SE England across W France into N Iberia, while another front is moving south across W Russia. 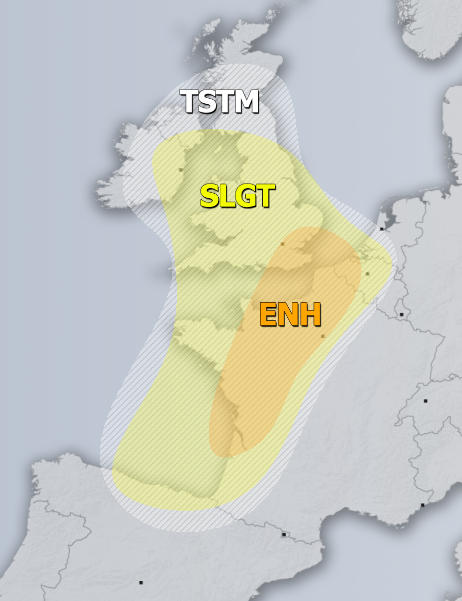 ENH / SLGT risks have been issued for W/N France across English channel into England, Wales and E Ireland with threat for severe storms, capable of producing severe winds, torrential rainfall, large hail and some tornado threat. A healthy moisture recovery will be underway under a relatively strong SW jet, resulting in high CAPE. Discrete storms, including are likely to form near the front over France while they should cluster into large system while spreading towards SSE England into the night hours. Isolated severe storms with some tornado / wind threat are also possible further NNW towards E Ireland and Wales. 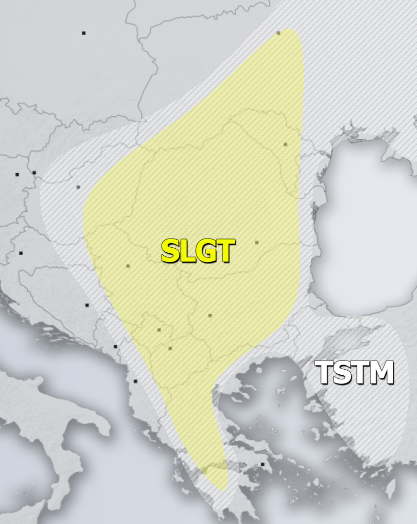 SLGT risk has been issued for most of the Balkan peninsula with threat for severe storms, capable of producing severe winds, torrential rainfall and marginally large hail. Scattered to widespread convective activity is expected under a moderately unstable but weakly sheared environment. Slow moving storms could locally produce hail accumulation and flash floods.

SLGT risk has been issued for WSW Russia into Georgia and NE Turkey with threat for severe storms, capable of producing severe winds, torrential rainfall and marginally large hail.

Historic outbreak of noctilucent clouds over Europe - June 21st, 2019
← Previous
Higher asteroid impact threat in the next 2 weeks - the Taurid resonant swarm!
Next →