Dynamic pattern across Europe should continue through the coming days. A temporarily strengthening upper ridge across the west-central Europe will result in the easterm European trough pushed into Turkey where it develops into a deep upper low. An associated surface cyclone and frontal system will result in an excessive 3-day rainfall event and enhance flash floods threat. Locally, more than 300 mm of rainfall could result until late Friday evening.

An upper low will be positioned over south Turkey, Cyprus and far eastern Mediterranean. It is expected to barely move from today until Friday, so persisting rainfall from this system is likely. 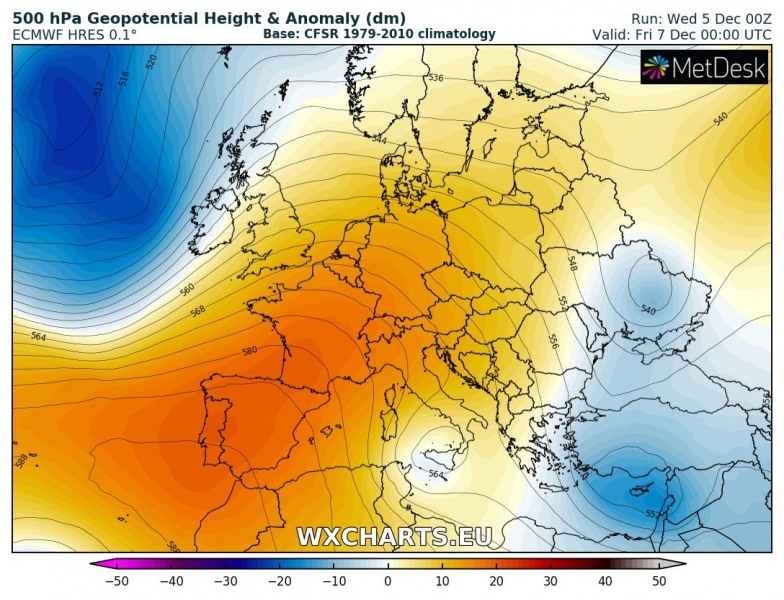 Models are also hinting at quite high instability available across the still warm eastern Mediterranean sea, MLCAPE above 1000 J/kg is likely. This will support robust convective storms and clusters, mostly slow moving due to lack of wind shear. 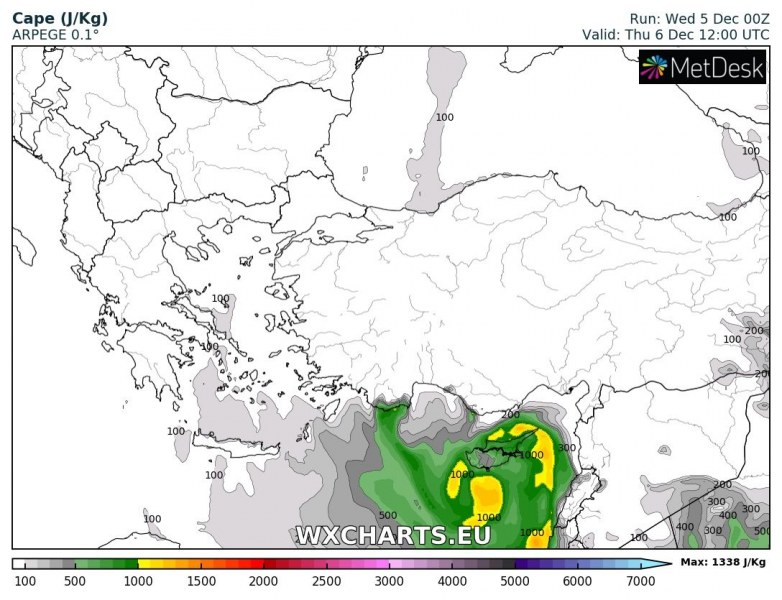 GFS, ICON-EU and ARPEGE model comparison of rainfall totals for the next 72 hours. A combination of both convective and orographic rainfall should locally bring an extreme amounts of rainfall, probably 200-400 mm in some areas. Cannot exclude even higher cumulatives in the most exposed areas. This will significantly enhance flash floods threat along the complex terrain across the southern Turkey. 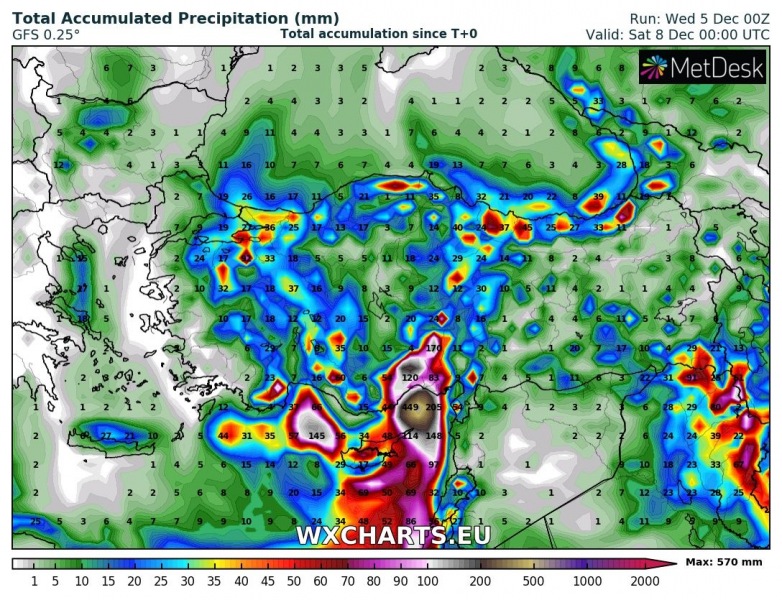 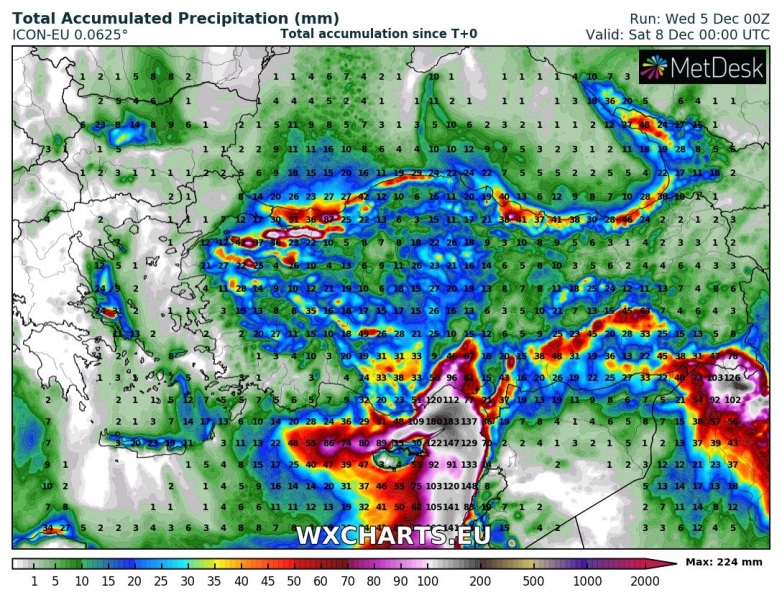 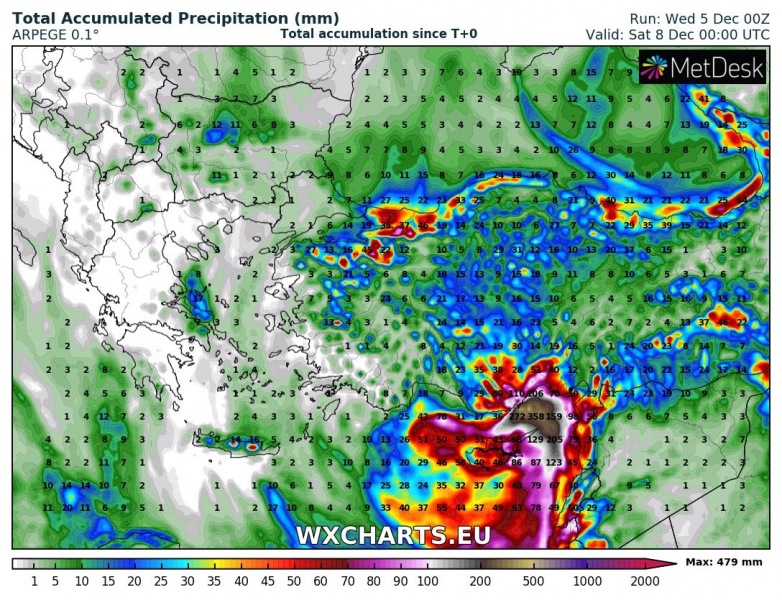 Enhanced threat for excessive rainfall and flash floods also exists across Cyprus and northern parts of Middle East. Higher elevation could receive a lot of fresh snow as well.