After an extreme amount of rainfall in the last days of October, there is another major rainfall event expected for north-central Italy, western Slovenia and northwest Croatia in the next 48 hours. Rainfall totals are expected to locally reach 150-200 mm and again enhance flooding threat across the areas which are already highly saturated from the last event.

A new cutoff low is moving eastward across the western and central Mediterranean. Ahead of the low, Scirocco southerlies advect very moist and warm airmass towards the north, producing both convective and orographic rainfall along the orographic barriers (southern Alpine flank, Apennines, NW Dinarides). Further rainfall will occur along the frontal boundary, where (some) severe thunderstorms are likely again. 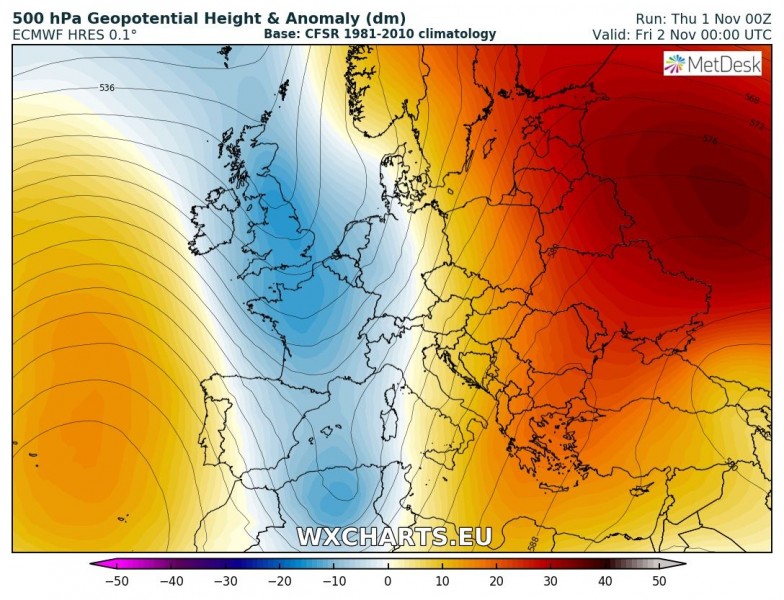 The new two-day event is actually made of two separate events: one is the shallow cold front passage today and the other one is tomorrow’s retreating of the same front, acting as a warm front. Both event will bring excessive rainfall and locally 100-200 mm of rainfall in 36-48 hours period.

Comparison of various models for the first event, Nov 1st – the peak is likely across the N Apennines and NE Italy (Trentino, Veneto, Friuli regions):

Comparison of various models for the second event, Nov 2nd – the peak is likely across central Apennines, WSW Slovenia, Istra and Kvarner (Croatia):

The cutoff low then stalls over the W-CNTRL Mediterranean, producing further intense rainfall on November 3-4. The affected areas will include: again N-NE Italy, W Slovenia, Corsica and Sardinia and the northernmost parts of Tunisia and Algeria.

More on this soon – stay tuned!