The pattern evolution this week lead into significant heat wave development across western Europe, where very hot weather with peak afternoon temperatures between 35-38 °C was experienced – Excessive heat across parts of Europe, July 26th. Very warm airmass from SW Europe advected into western and partly central Europe and should remain there today as well. Tonight a cold front with much cooler airmass will be pushed in from the west, bringing a much needed refreshment into France and Benelux. However, this is only temporarily, heat returns into the region on Sunday!

The hottest weather in Europe today can be expected across NE France and Benelux. Locally, peak afternoon temperatures should climb into 37-39 °C range! 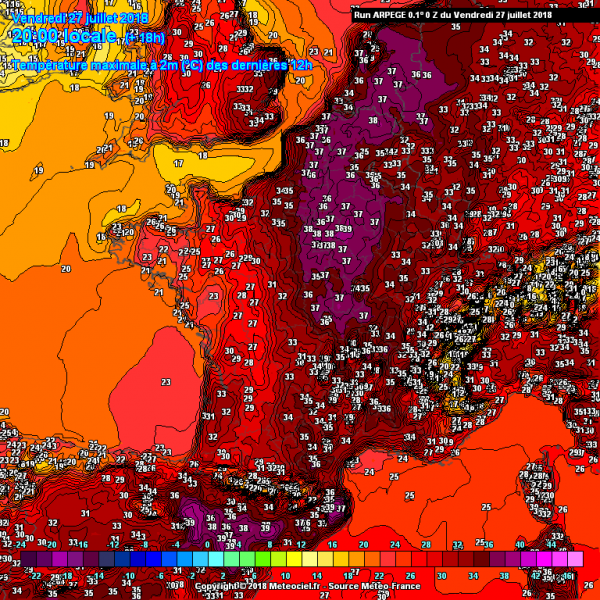 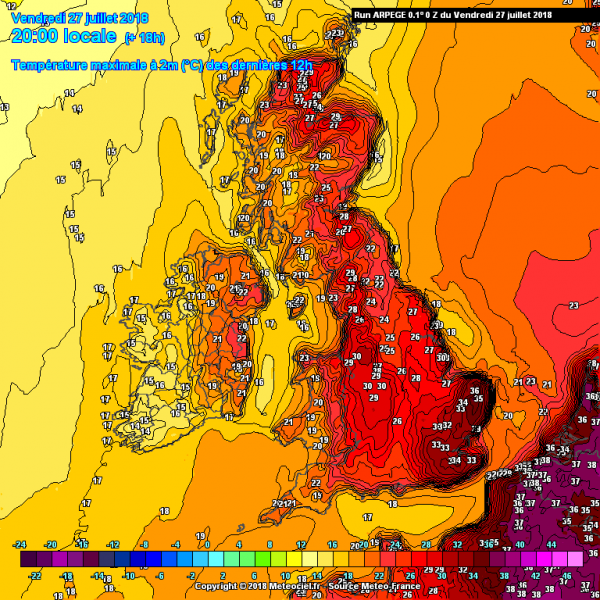 Later in the afternoon, a cold front moving in from the west will be the focus for convective activity. Ahead of it, moderate instability should overlap with 30-40 knots of deep layer wind shear, so organized storms are expected. These include intense multicells and supercell storms with threats for large hail, severe winds and torrential rainfall. 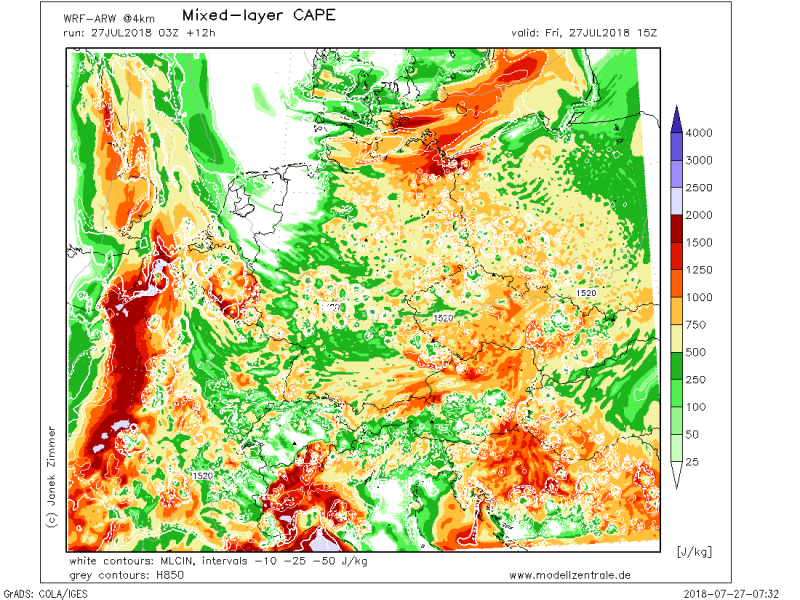 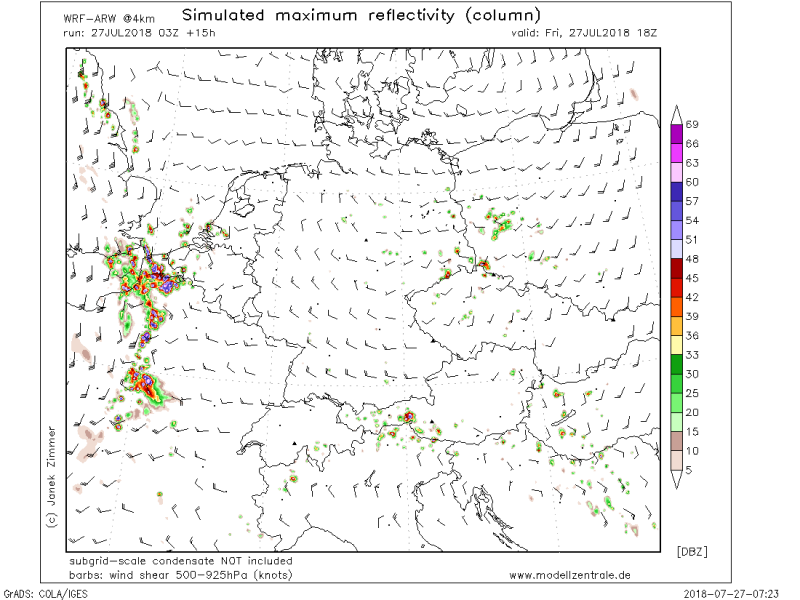 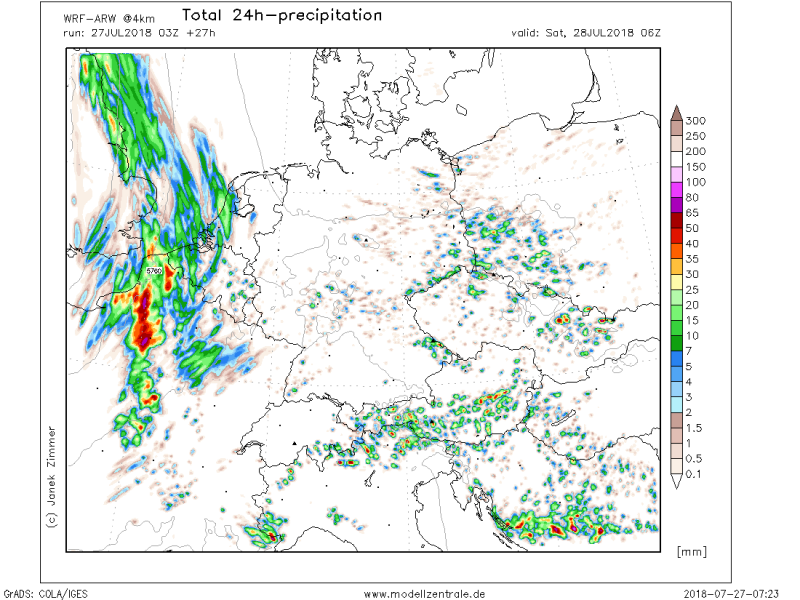 An improvement in summer temperatures is also seen for Iberian peninsula, as a significant heat returns there this weekend. ARPEGE model is simulating up to around 40 °C across eastern Spain. 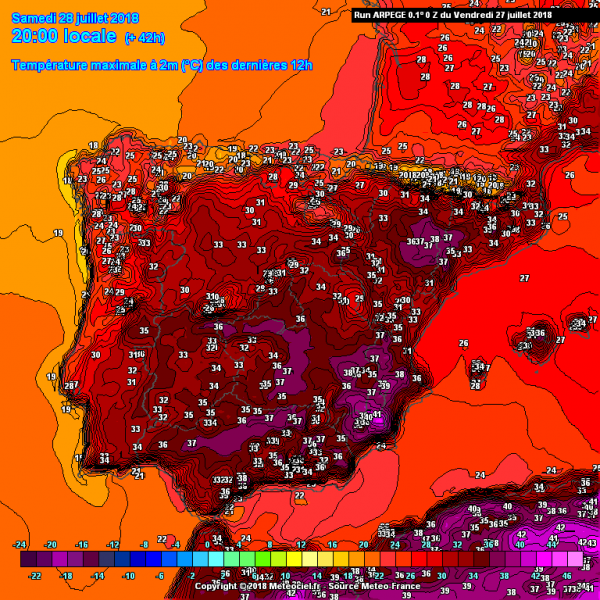 On Sunday, a strengthening of the upper ridge is expected from S-SW Europe towards central Europe, so heat wave will intensify and gradually enhance temperatures also towards the north. A large upper trough over E Atlantic will begin to weaken and moving north, so the ridge will extend across central Europe and merge with the northern Europe ridge – Europe will be dominated by a large upper ridge next week. 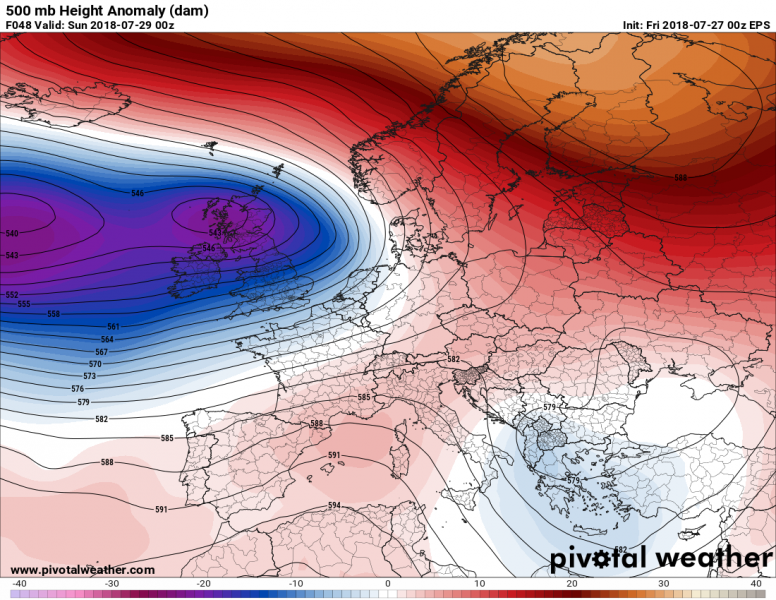 Very warm to hot weather will also continue across parts of Scandinavia, as a very powerful ridge remains in place, locally 30-33 °C (!!) seems likely. See some details of this weekend here: Hot weather pattern over Scandinavia.

Heat will return also into France and Germany where up to 33 °C is again be expected on Sunday. 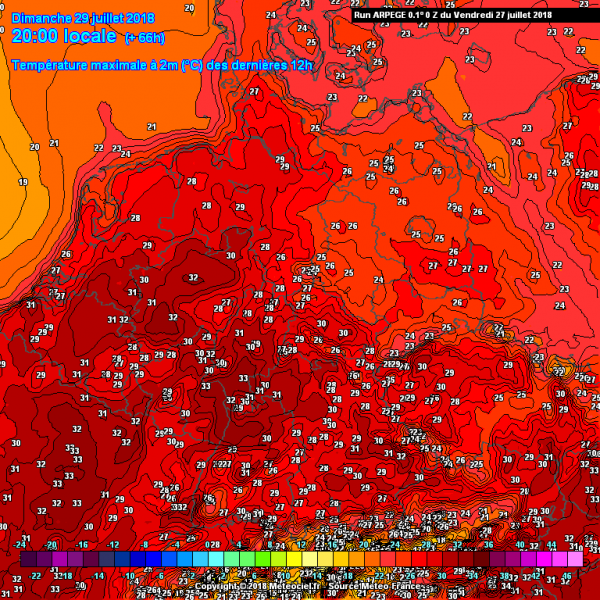 In the beginning of next week, an intense heat develops also across Mediterranean, here are Monday’s (July 30th) peak temperatures – locally 36-39 °C across many regions from SE France to Italy and western Balkans. With a strengthening ridge to the west, wind pattern should support downslope (Foehn) winds from the Dinaric mountain range towards the Adriatic sea, so the highest temperatures are expected along the coastal areas of Croatia. 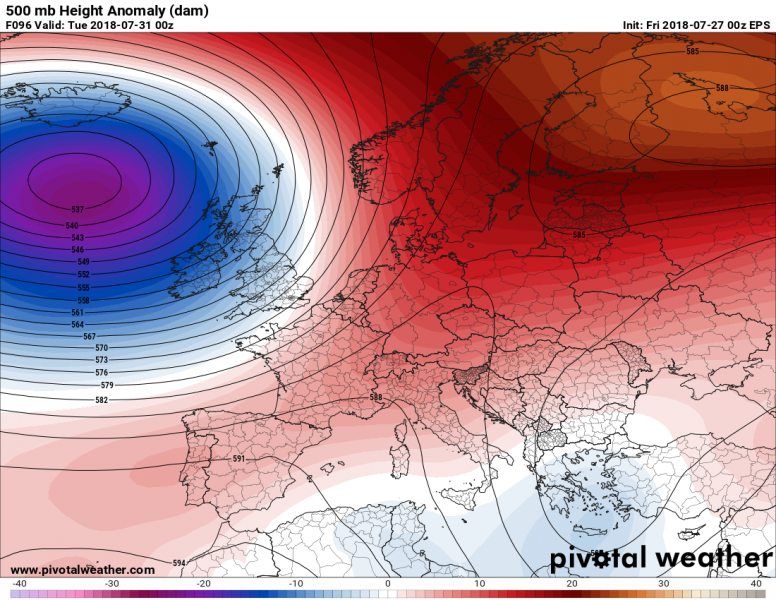 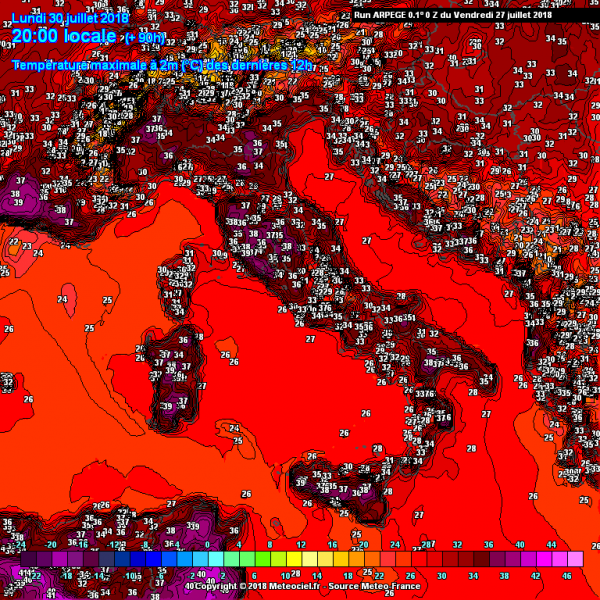 Heat wave strengttens also across Germany on Monday, again up to 36 °C seems likely in some areas! 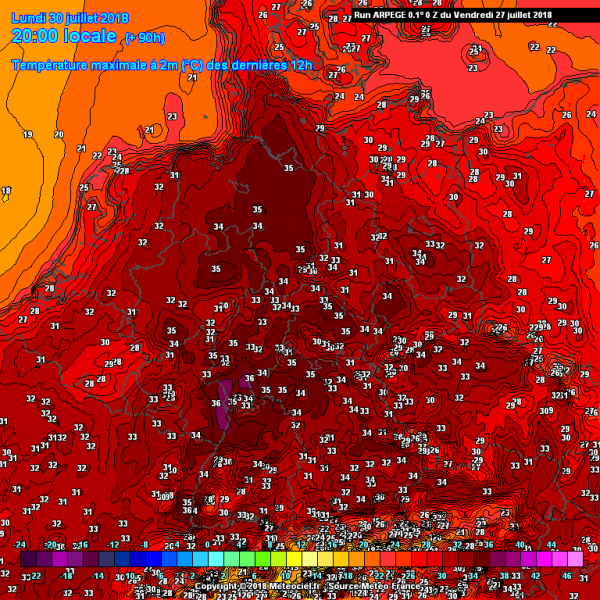 The pattern in the beginning of August seems to support an additional strengthening of an upper ridge also across SW and W Europe, as a deep upper trough over N Atlantic weakens and moves north. This means a significant improvement in very hot weather is likely across western, southern and central Europe. Such pattern evolution is well supported by ensemble model forecasts. 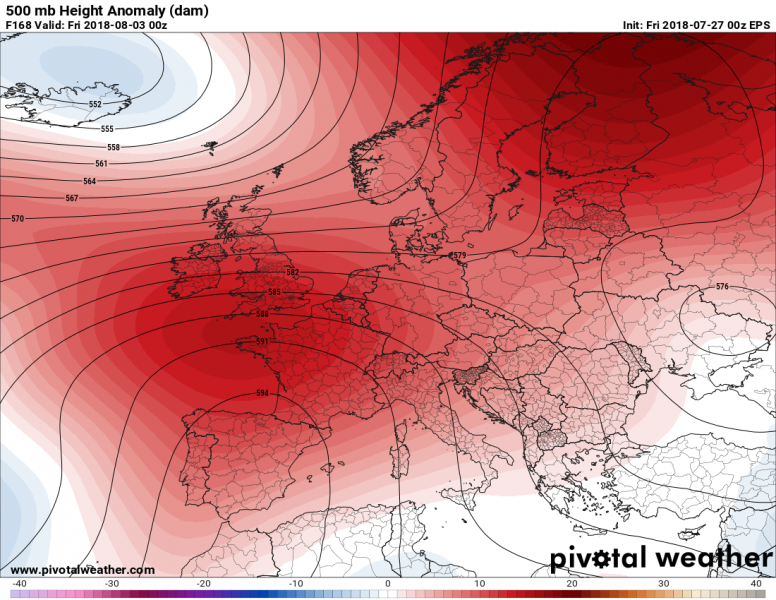