A deep cyclone is moving across Iceland today and its future track pushes the cyclone across the Norwegian sea. It is expected to hit Norway tonight, resulting in an intense windstorm and orographic rainfall/snowfall in west-central Norway. Cyclone will then continue across the Fennoscandia towards ESE tomorrow.

The upper ridge is dominating Europe’s weather, centered across the west-central Europe. Deep cyclones from the north Atlantic are moving into the Arctic region. 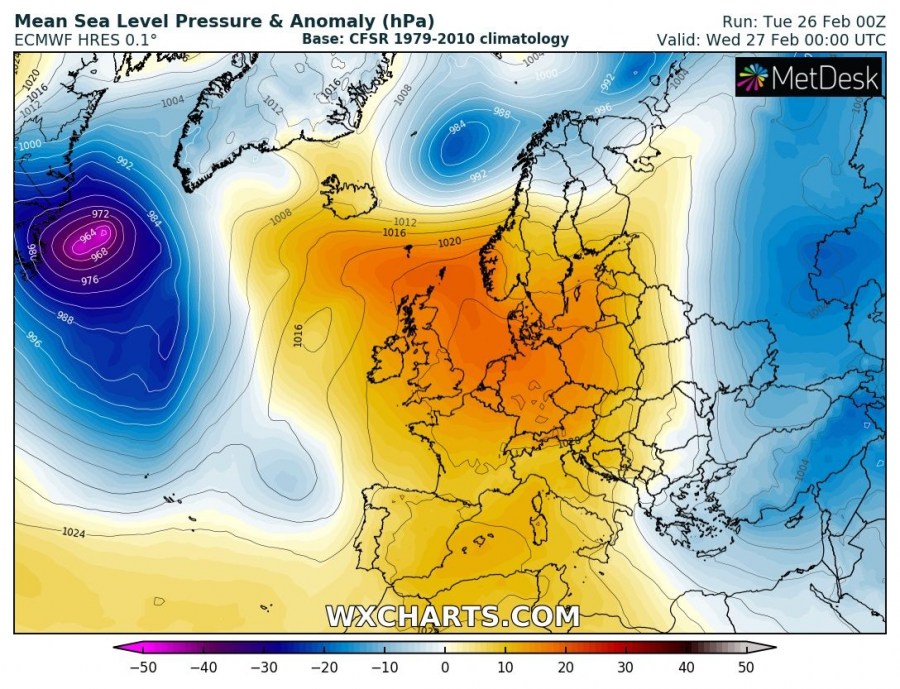 Severe to extremely severe winds are associated with this deep cyclone, up to 200 km/h has been reported from parts of ESE Iceland last night into this morning. Although the cyclone will start gradually weakening on its future path, a large wind field with intense windstorm will push towards Norway tonight as well. 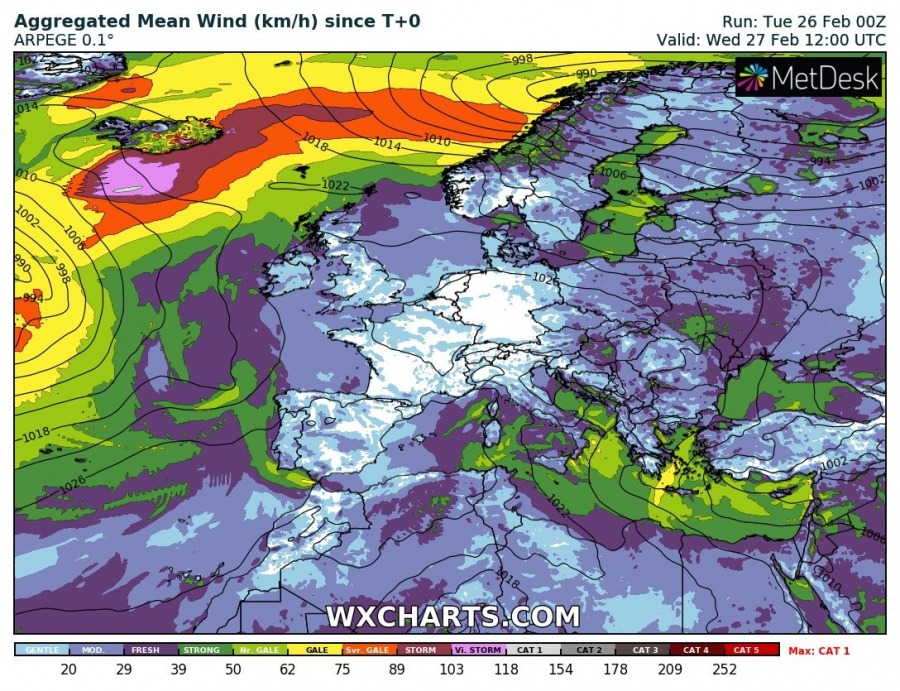 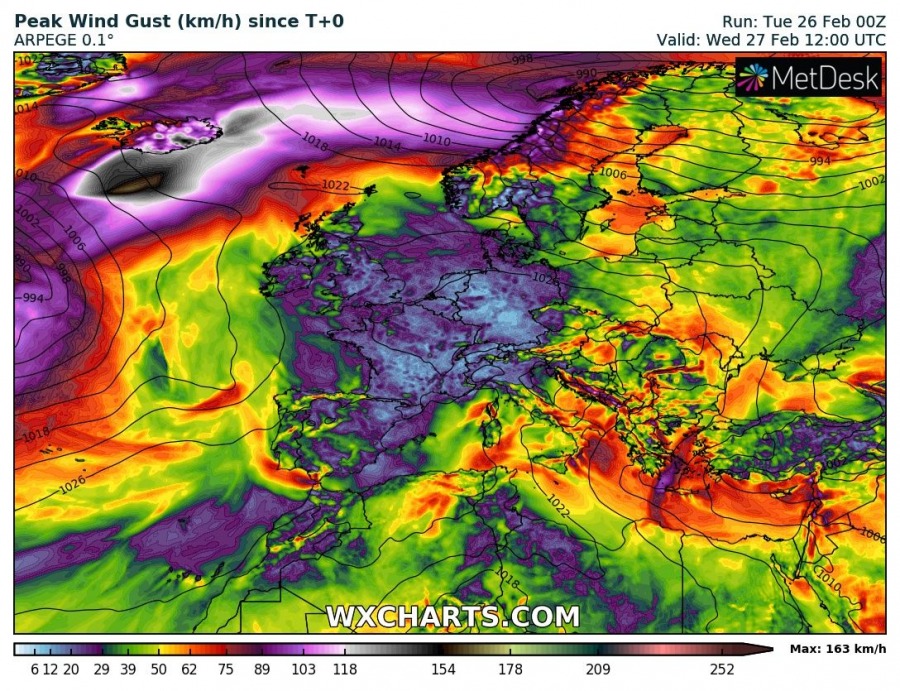 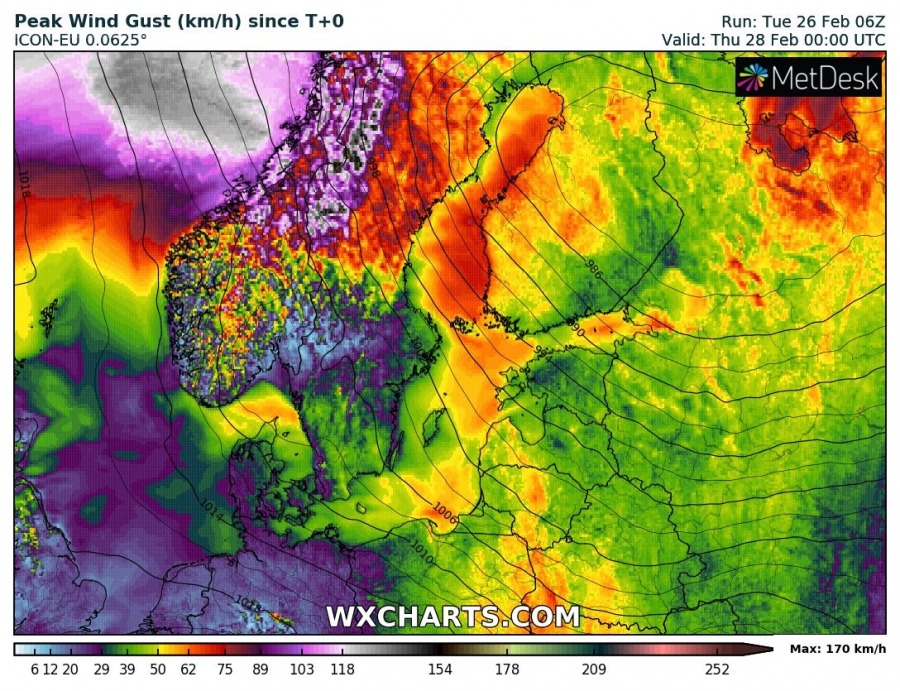 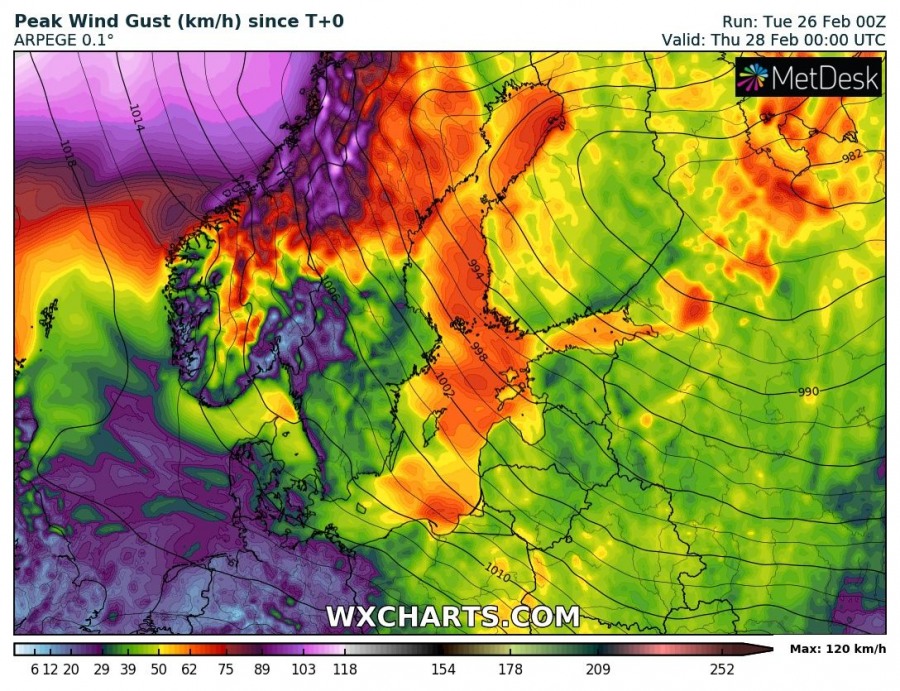 Strong westerly flow will also result in persisting orographic precipitation from the Norwegian sea into the higher terrain of west-central Norway. This will result in locally excessive rainfall and indeed snowfall in the mountains. Up to 100 mm of rainfall / 70-90 cm of fresh snowfall is possible by Wednesday evening. Severe winds will also produce blizzard and whiteout conditions. 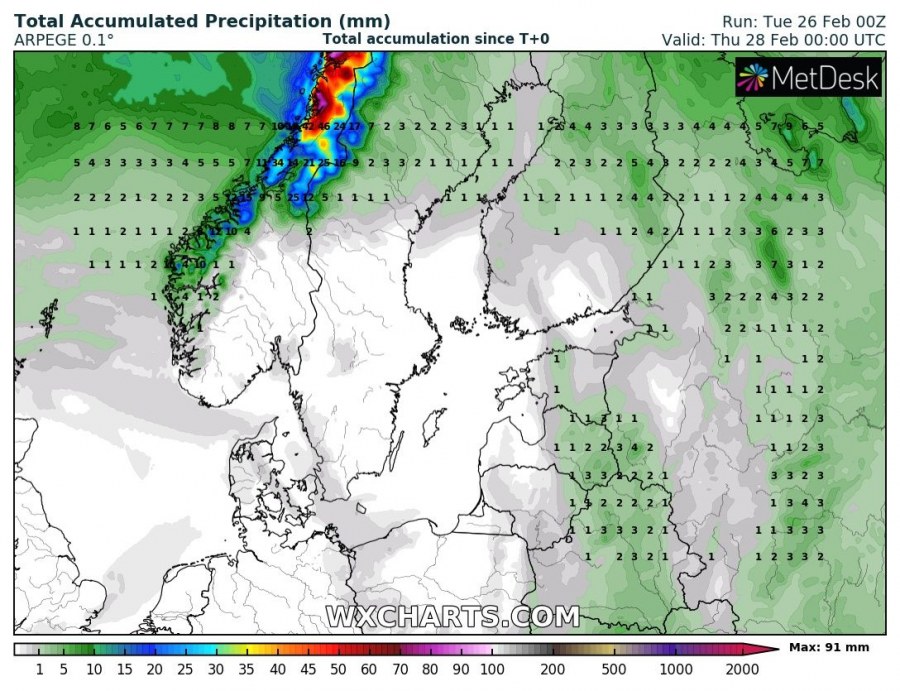 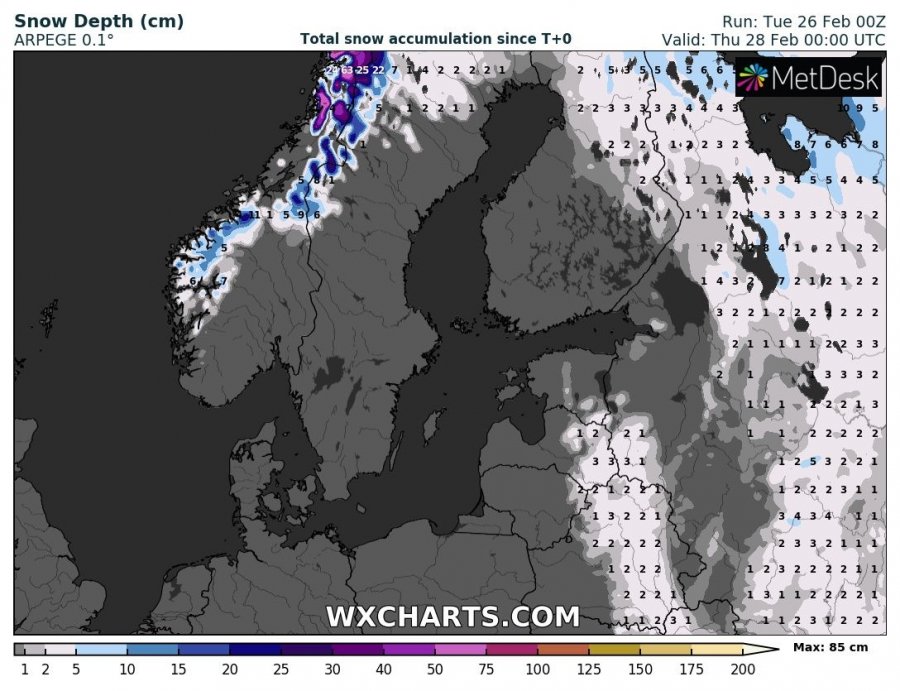 Stay alert for dangerous conditions and high waves along the coast!