A potentially severe snowstorm is developing across the Northern Plains today, expected to intensify tonight while moving towards the Great Lakes region. Locally 10+ inches / 25+ cm of snow is expected, combined with strong winds and blizzard conditions.

The pattern evolving tonight indicates a deep trough across eastern Canada with a short-wave trough moving across the northern United States towards the east. At the surface, a cyclone is located near the International border over North Dakota and is gradually intensifying on its way across Minnesota towards the southern Lake Michigan. 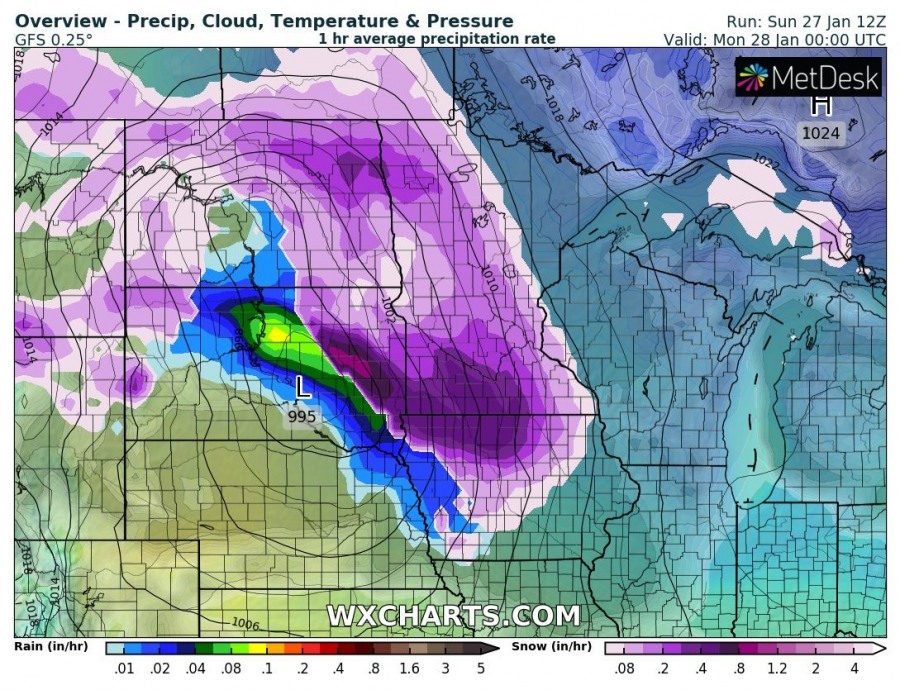 Total snowfall should locally reach 8-12″ (20-30 cm), most likely across the southern Minnesota and the southern Wisconsin. 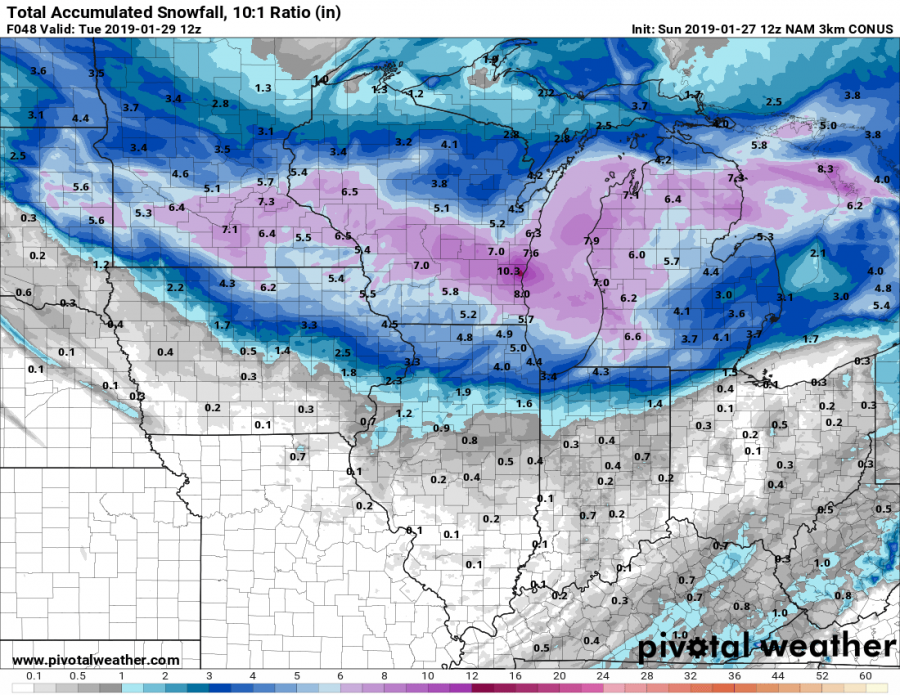 Followed by this snowstorm, a new trough will develop over Canada and advect brutally cold airmass into the same region by mid this week, as strong winds combined with temperatures near -40F / -40 °C spread into the region. Windchills will locally push below -50F! Stay tuned for more details!