With new model outputs, we take a look over the trends on the pattern evolution, associated with the Sudden Stratospheric Warming which has been ongoing this week. The result is the Polar Vortex split where one vortex is pushed over the European continent while another one over the North American continent. Latest trends indicate a large part of Europe should begin experiencing winter weather with much colder temperatures and snowfall in mid-January. Refer to the previous post for a more general picture of pattern development before we continue into details for Europe:

European model ECMWF forecast for the mean Zonal wind strength around January 10th indicates the Sudden Stratospheric Warming effects are quite significant, as easterlies develop through latitudes from 50-90° N. This suggests a powerful upper ridge / blocking high will develop over the Arctic region while troughs / low pressure systems will develop over mid latitudes. In short this means a dynamic and especially cold/snowy weather pattern over Europe. 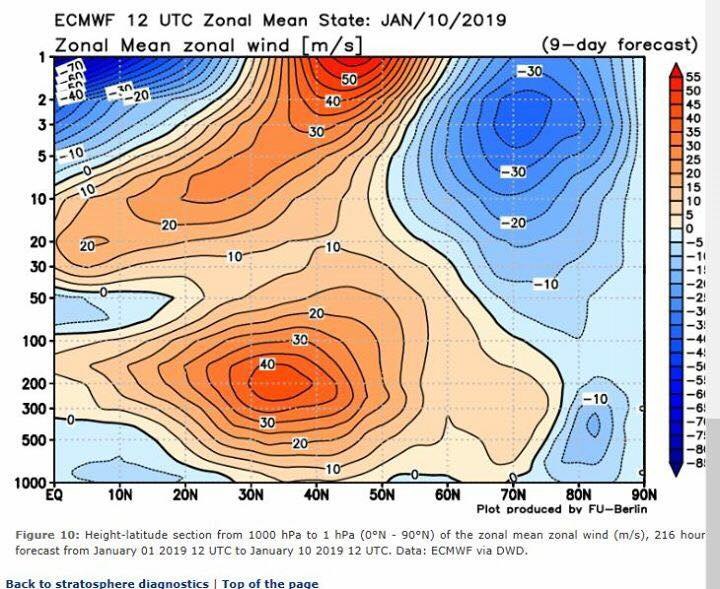 As we discussed in another article – Polar vortex: what is it, and why you should care? – the effects of a Sudden Stratospheric Warming (SSW) usually show in about 2-3 weeks as the Polar Vortex splits into two or more vortices, pushed into mid-latitudes. The first effects are starting to appear soon after January 10th where ensemble forecasts from both global models ECMWF and GFS are in quite good agreement on a persisting extensive upper ridge / high pressure system over the northern Atlantic and the Arctic region. To the east and south, troughs will be meridionally pushed into Europe and result in much colder weather than average for a large part of our continent. 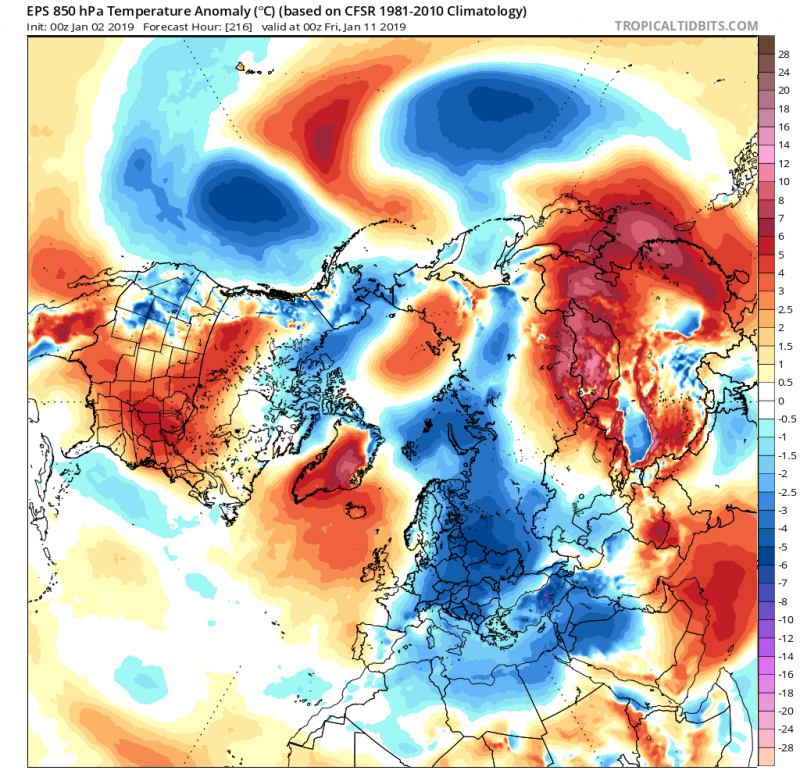 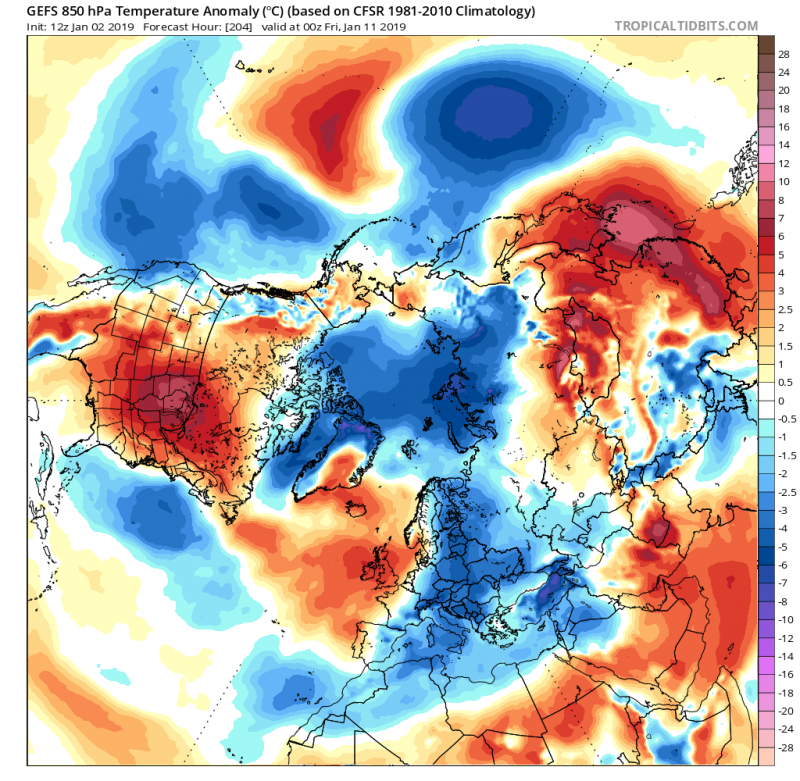 Looking ahead towards mid January, the period from 15-20th January (that is 2-3 weeks from the SSW taking place), we can notice a colder weather than average also spreads into west and southwest Europe. This results as a response to an upper ridge from the N Atlantic strengthening more into the Arctic region with time. 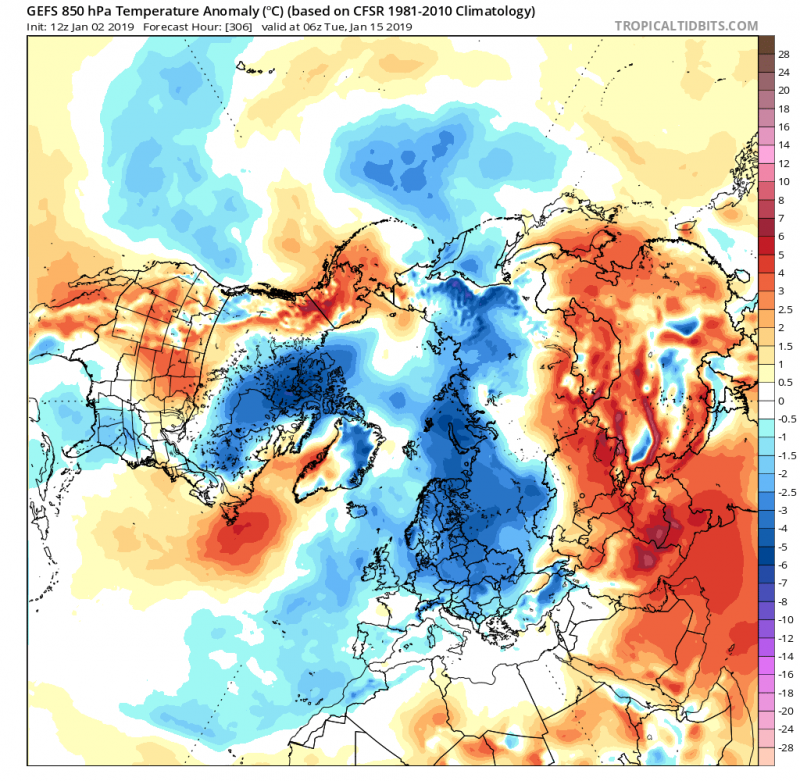 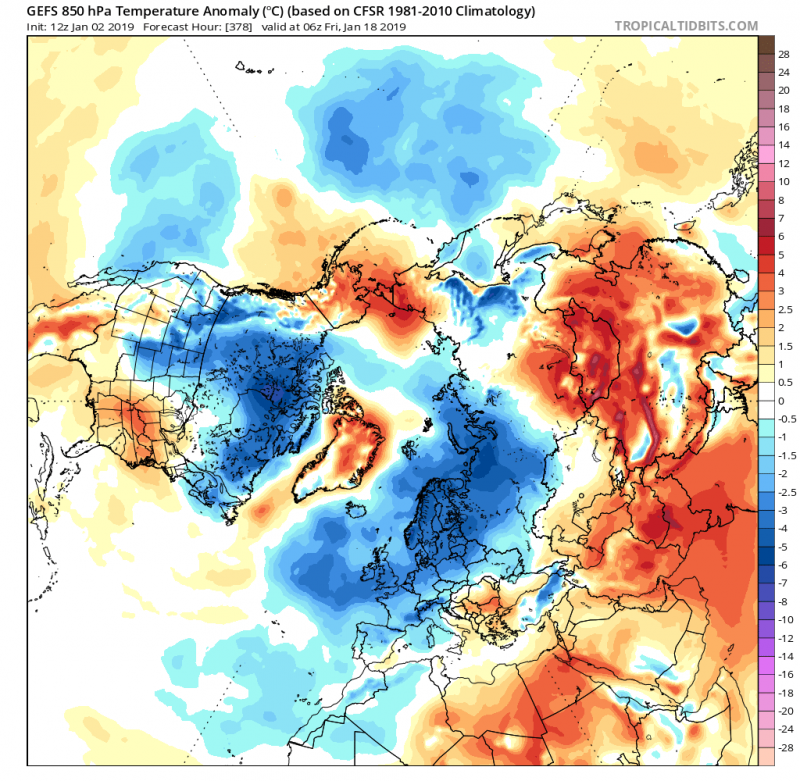 Here is the analysis map of the dynamic pattern which is trending for mid January. The map is based on the GEFS (ensemble GFS) model data. The pattern indicates strong ridge with high pressure system over the Arctic region, while another strong ridge will be placed over the central Atlantic – the Azores high. Upper troughs with low pressure systems will be located across the areas in between, over the northern Atlantic and most of Europe. The ‘opening channel’ between the low pressure to north and high pressure to the south, will support moisture advection and cyclones into the European continent, which should remain colder than average. This increases the potential for snowfall events with cyclones evolving over the continent. Indeed, details will be determined once we come closer to mid January, but current trends are suggesting we are in for some serious winter weather in the coming weeks! 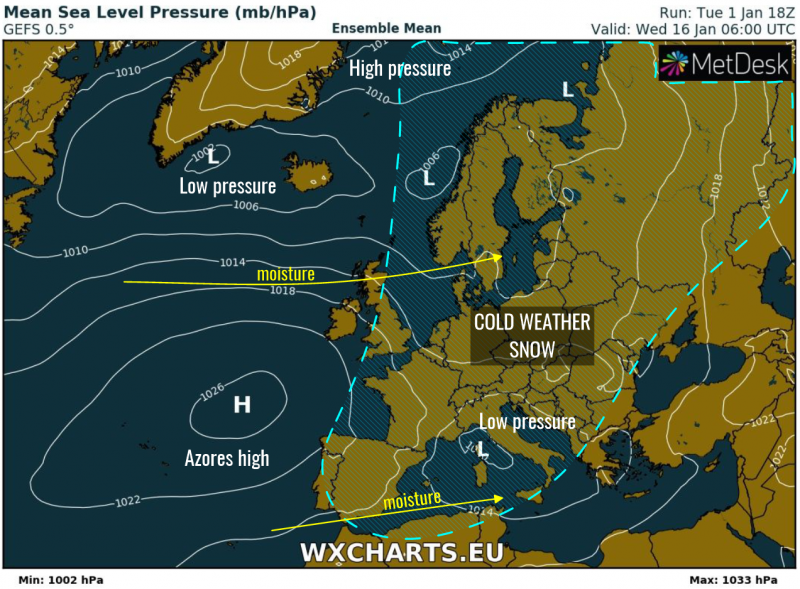 Recap: Zoomed ensemble GFS (GEFS) map of Europe for January 17th – we can see almost the whole continent could experience below normal temperatures, including west and southwest Europe! Taking into account the pattern in mid January should support channeling flow from the N Atlantic into cold Europe, trends are increasing for deep cyclones with snowy events as well. 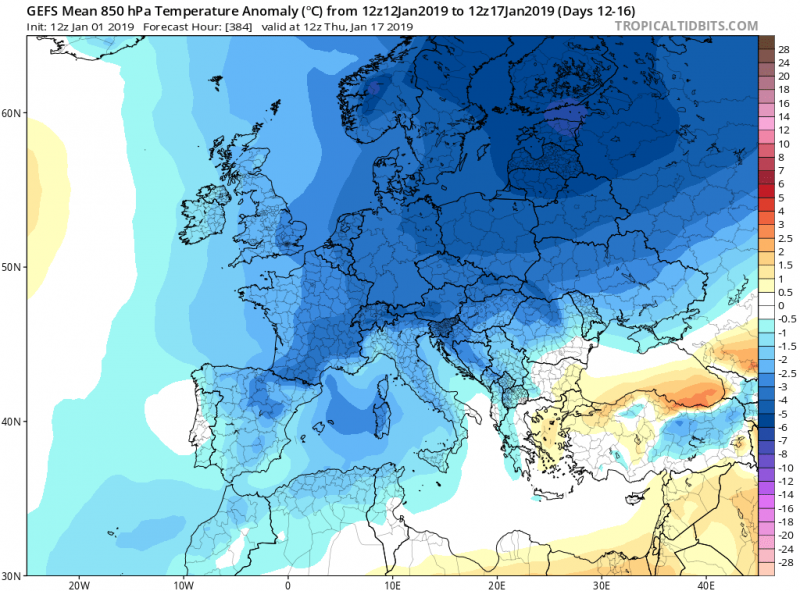 Stay tuned for further updates on the pattern evolution in the next days!

Don’t miss the last chance for our calendars for 2019!