Meteorological winter is coming to an end, and with March a new meteorological season begins. March is the first spring month and it also usually brings the first major tornadic weather patterns across the continental USA (CONUS). Over Europe, a more ridged pattern is expected and a more dominant positive phase of the NAO (North Atlantic Oscillation). So now we are taking a look at some current mid to long term forecasts, for the March pattern over USA and how supportive it is for severe weather and tornadoes.

First, a look at current preliminary tornado numbers. The last day is Feb 13, with the total number at 27, which is below average and the second lowest in the last 10 years to date. As we can see on this graph, March is usually the month when the total tornado numbers start rising. 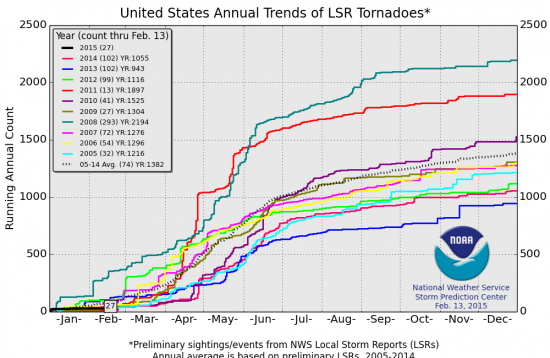 We can see that March 2006 and 2009 had a bit more active pattern, tornado-wise. If we make a reanalysis composite, we can get the idea how that pattern looked like. It has a ridge over east CONUS and a trough in the west. This is a classical seasonal pattern for more active tornado years. 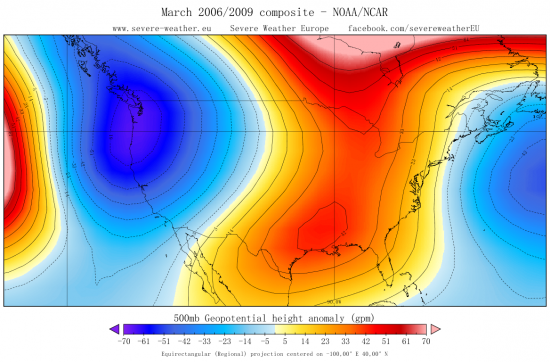 We can also see on the graph that March 2010 and 2014 were low in tornado numbers. If we look at that pattern, we can see it is completely opposite than the more active pattern in March 2006 and 2009, with the ridge over the west CONUS and negative height anomalies over east CONUS. 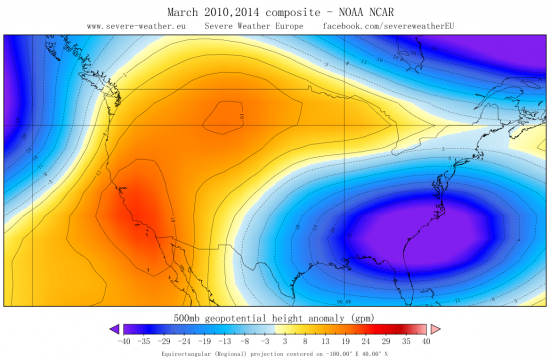 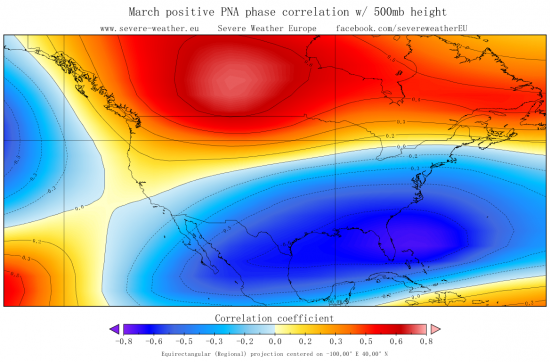 Current forecasts are leaning more towards the first scenario, for a bit more active March, tornado-wise, and a more negative PNA mode. These are two monthly forecasts for the PNA index, from the CFSv2 weekly ensembles and ECMWF monthly ensemble model (ECM32). Both feature a pattern shift and going into a negative PNA mode in the first half of March, more supportive for severe weather across the plains. 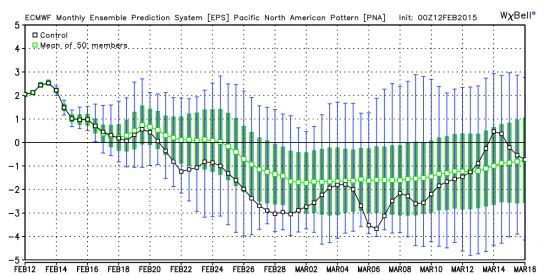 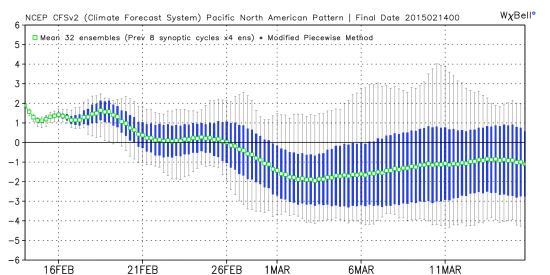 The pattern that CFSv2 has for the first half of March, corresponds to a more active pattern across the great plains.

And the ECMWF monthly ensemble forecast (ECM32), also develops a more active pattern, that looks like the more classical seasonal pattern for severe weather across the plains. 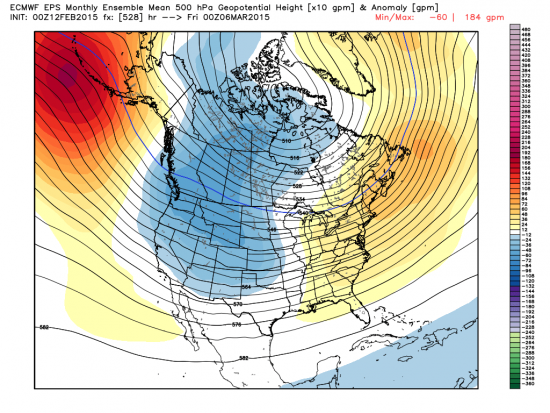 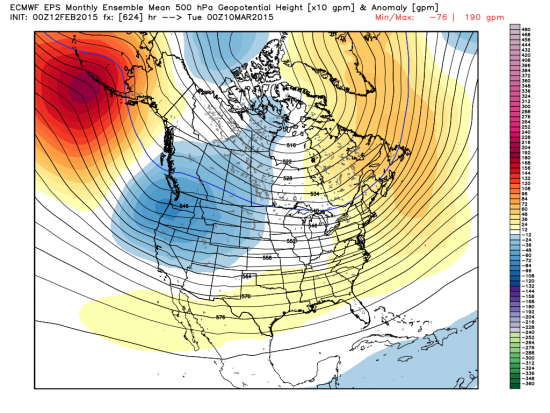 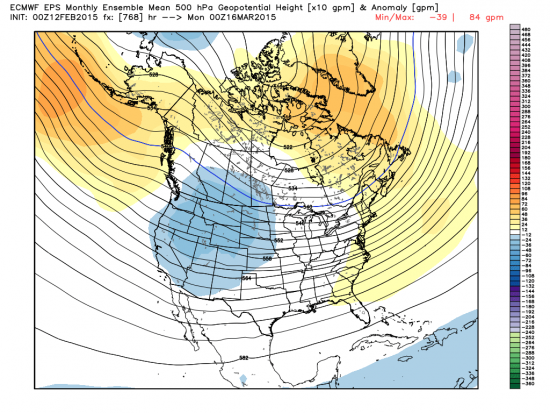 Also worth mentioning, is the weekly forecast from JMA. Their ensemble forecast for the first half of March, also features a negative PNA pattern and a possibility for a bit more active start of the tornado season in March. 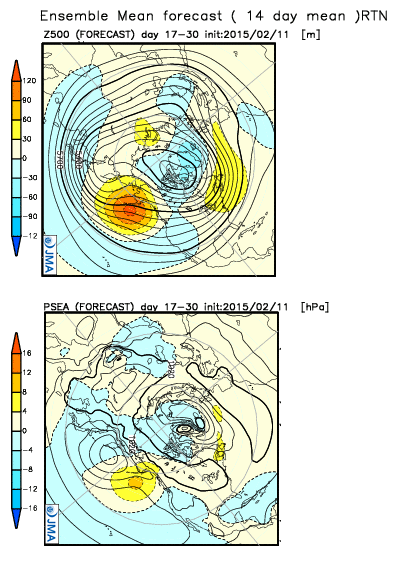 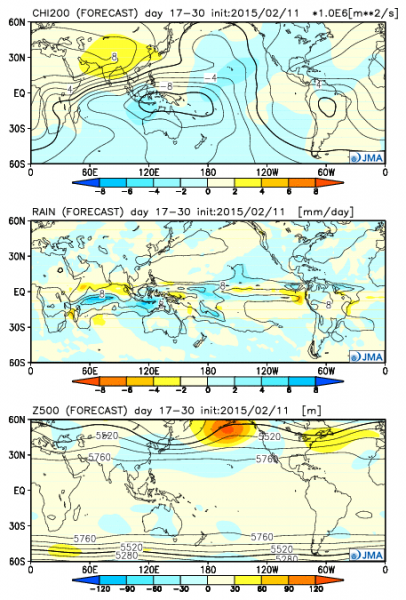 All in all, we can say that current model forecasts are supportive for March 2015 to be the real start of the tornado season in USA, with a more classical pattern developing that supports more severe weather across the plains. The average preliminary tornado number for March, as evident on the first graph, is around 100 to 120. We do expect that average to be met, or if a more active pattern does verify, those numbers may reach 200 or more.