The latest Nature Climate Change researchers have found that the South pole is warming at a much faster rate than the rest of Earth – up to three times faster! The past three decades have seen a dramatic increase in temperatures over Antarctica, a study has found. This could have a huge impact on the melting of the Antarctic ice sheets. And after all, also the global sea-level rise.

The South pole is located within the coldest region on Earth – the Antarctic plateau. Its average temperatures range between -60 °C (-76 °F) during winter and around -20 °C (-4 °F) during summer. It was known Antarctica is warming up as well, but the new data surprised. Dramatic warming is a worrying sign! 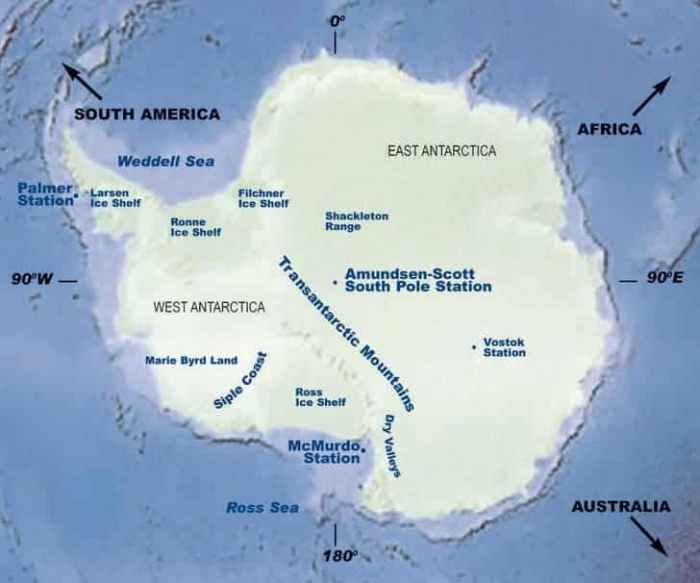 Scientists analyzed weather station data at the South Pole and found that temperatures over the past three decades (1989-2018), had warmed by around 1.8 °C at a rate of +0.6 °C per decade (10 years). That is three times the global average. 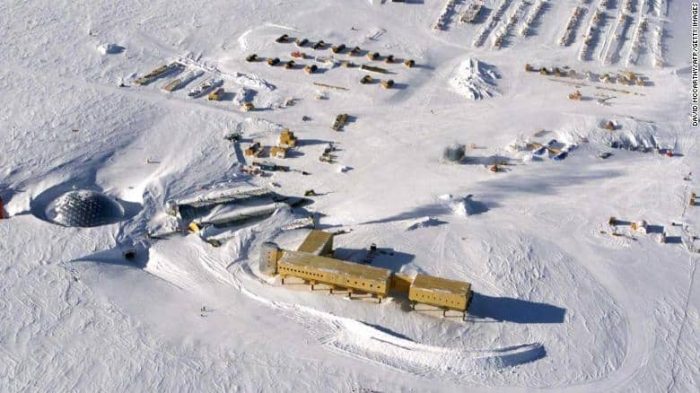 Researchers also discovered, that warmer ocean temperatures in the western Pacific had lowered atmospheric pressure over the southern Atlantic’s Weddell Sea through the past decades. Therefore, it led to support warmer air mass advection into the region, resulting in nearly 1.8 °C warmer the South Pole. 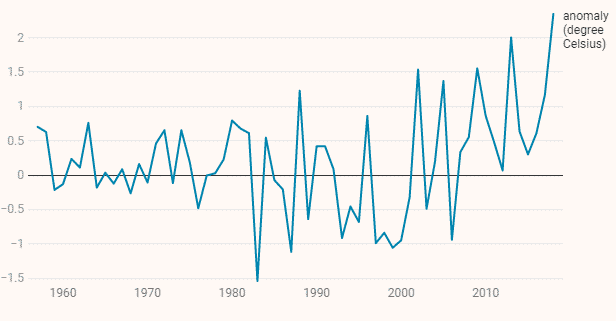 It is, however, important to note that along with this extreme variability, the lack of weather station data for temperature measurements for Antarctica complicates the research. Measurements began in 1957, which is just shy above 60 years. That’s why the authors of this study relied heavily on climate model simulations. 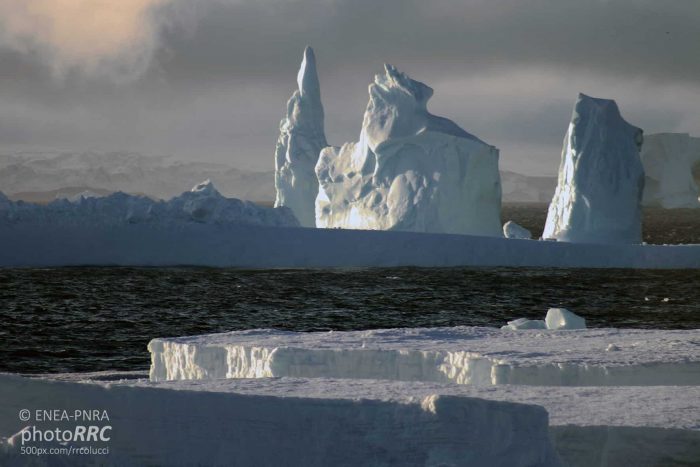 The Antarctic sea ice loss has also been at a much higher rate in the last 30 years. Which has been especially robust in the last 20 years. Less ice in the sea means the Weddell Sea is warmer, which also affects additional melting on the coast as well as further inland. 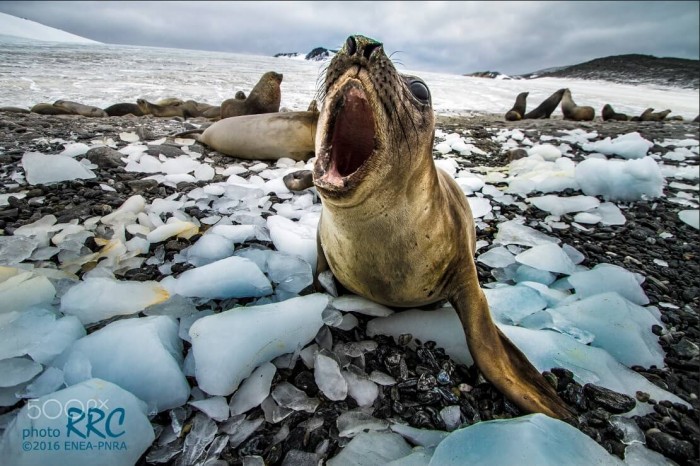 The amount of sea ice extent has a direct effect on the level of warming. It means that the more sea ice is accumulated, the more the Sun’s rays will bounce back into space. However, it is indeed also the opposite. If there is a lower sea ice extent, more of the Sun’s energy is absorbed. 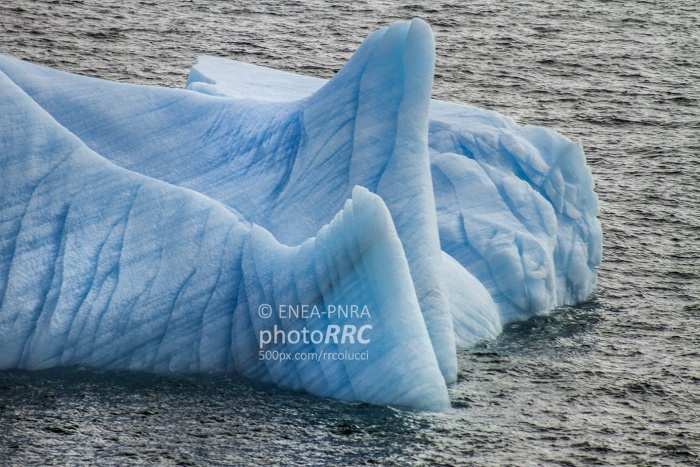 WHAT IS CAUSING THE WARMING?

The phenomenon behind warming is the so-called Interdecadal Pacific Oscillation (IPO) that influences climate variability of sea temperatures over the Pacific Ocean. IPO was in a negative phase over the last two decades, now back in the positive phase. This is then resulting in much warmer western Pacific, increasing the intensity of surface depressions as well.

Note: IPO stretches from the southern hemisphere into the northern hemisphere. Its oscillation period is roughly 20-30 years. Positive phases of the IPO are characterized by a warmer than average tropical Pacific and cooler than average northern Pacific. Negative phases are characterized by an inversion of this pattern, with cool tropics and warm northern regions. 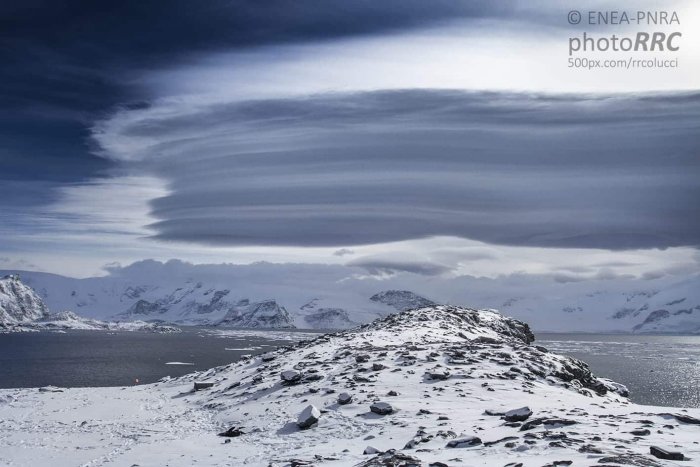 The other factor responsible for the increased warming towards the Antarctic plateau is the Southern Annular Mode (SAM). It has shifted south, resulting in additional warm advection from the tropics towards Antarctica. A combination of IPO and SAM has brought a significant warmth over the South Pole. 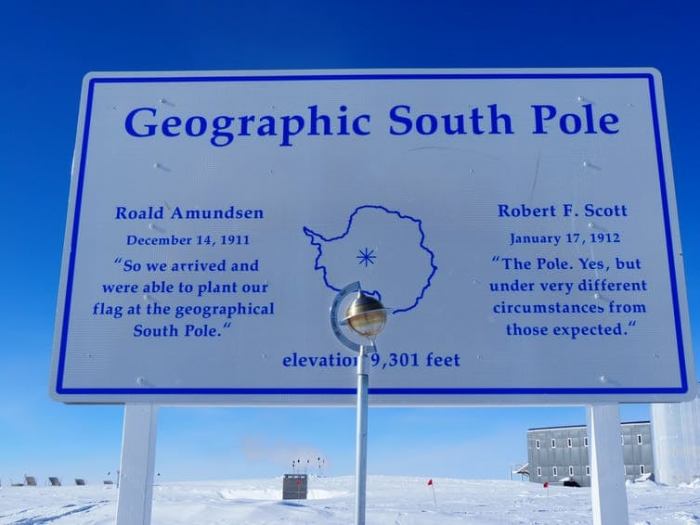 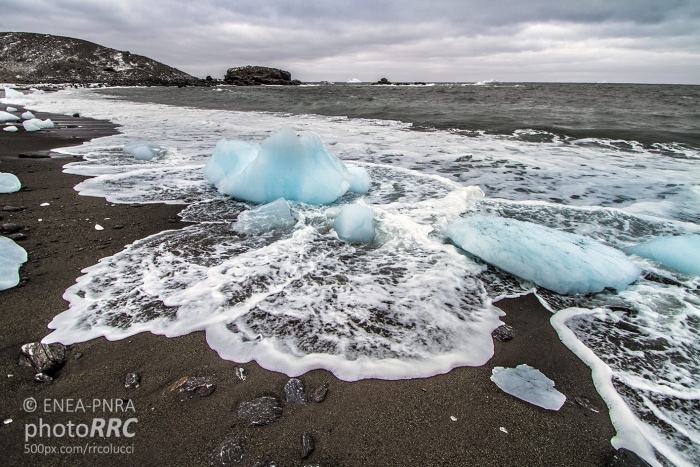