*Devastation* A locust swarm of biblical proportions is plaguing eastern Africa. Billions of locusts are causing devastation, as they consume everything in their path!

If strong earthquakes, volcanic eruptions and virus outbreaks were not enough to start 2020, we now have a locust swarm of biblical proportions ongoing in Eastern Africa.

Over a billion of locusts are swarming the countries of eastern Africa. The huge locust swarm first moved through Ethiopia and Somalia, where the people faced the worst locust outbreak in at least 25 years. The desert locusts now also plague Kenya, in even larger numbers, creating the largest locust swarm in at least 70 years!

Swarm of hungry locust invade Garissa this morning devouring anything green on their route…what could be the consequences of this for both humans and wildlife in the region? pic.twitter.com/t44ONBefZN

These locusts have endless appetite. They destroy crops, farmlands, and everything green, and so reduce the food supply in a region that is already facing severe hunger problems.

Locust swarm, this stuff is not a joke literally the whole sky was black when they start flying meanwhile you are being hit on all sides pic.twitter.com/289uCUTMk9

One massive swarm of locusts measured 60 kilometers by 40 kilometers! A typical large swarm can contain around 150 million locusts per square kilometer (150 per m2), which means this massive swarm likely contained several hundred billion of locusts. A locust swarm moves in very high numbers and at fairly high speeds. They can cover up to 150km distance in just one day. In Kenya, The locusts have overrun over 70.000 hectares (173.000 acres) of land. Farmers and the local police are fighting the swarm with smoke and tear gas, but the effects are limited, as the swarm is very large.

A locust can usually eat as much food as its own body weight. One square kilometer swarm can consume enough food in one day to feed over 35.000 people. Now a potentially threatening situation is developing along both sides of the Red Sea, where ongoing breeding is causing locust numbers to increase on the coasts of Egypt, Sudan, Eritrea, Saudi Arabia, and Yemen. There is a risk that some swarms could appear in northeast Uganda, southeast South Sudan, and southwest Ethiopia. Uganda has not seen such an outbreak for atleast 60 years. This situation can also cause severe problems for South Sudan, where there is a food crisis already ongoing, as the country emerges from civil war.

Locust swarm stretching 7km From Sereolipi Town towards Leitemu looking like dust in the Background. pic.twitter.com/VXYFaG4K89

Why is the locust swarm this year so unusually large? A lot of it has to do with a strong positive Indian Ocean dipole (IOD). A positive IOD causes warmer waters and temperatures along the east African coast, and more humid conditions, which are a perfect breeding ground for large locust swarms.

On my farm in maujgarh, have Locusts in small numbers on Kinnow trees.

Let's not lull ourselves reading newspapers, the threat has not receded, it's a clear and present danger pic.twitter.com/zjPO6rE0kz

We will keep you updated on any important further development, but while you wait for more updates, don’t miss our latest long-range forecast for Spring 2020, and the upcoming stratospheric warming phase, which could have important implications for late February and the upcoming spring: 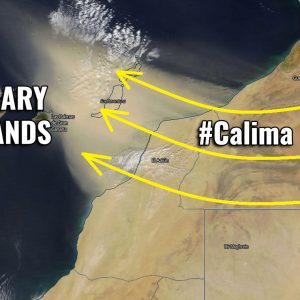 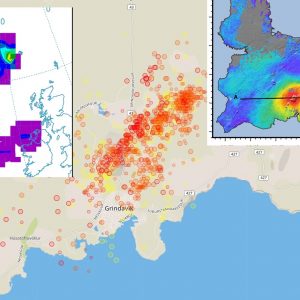 «Next Post A rapidly intensifying extra-tropical cyclone in the North Pacific today – heading towards S-SE Alaska with hurricane-force winds, major swell, and intense snowstorm
Wait! Is this for real?! An *Arctic* outbreak is actually possible in this unusually mild winter? GFS and ECMWF models are in good agreement much colder weather is possible across western and central Europe through early February Previous Post»